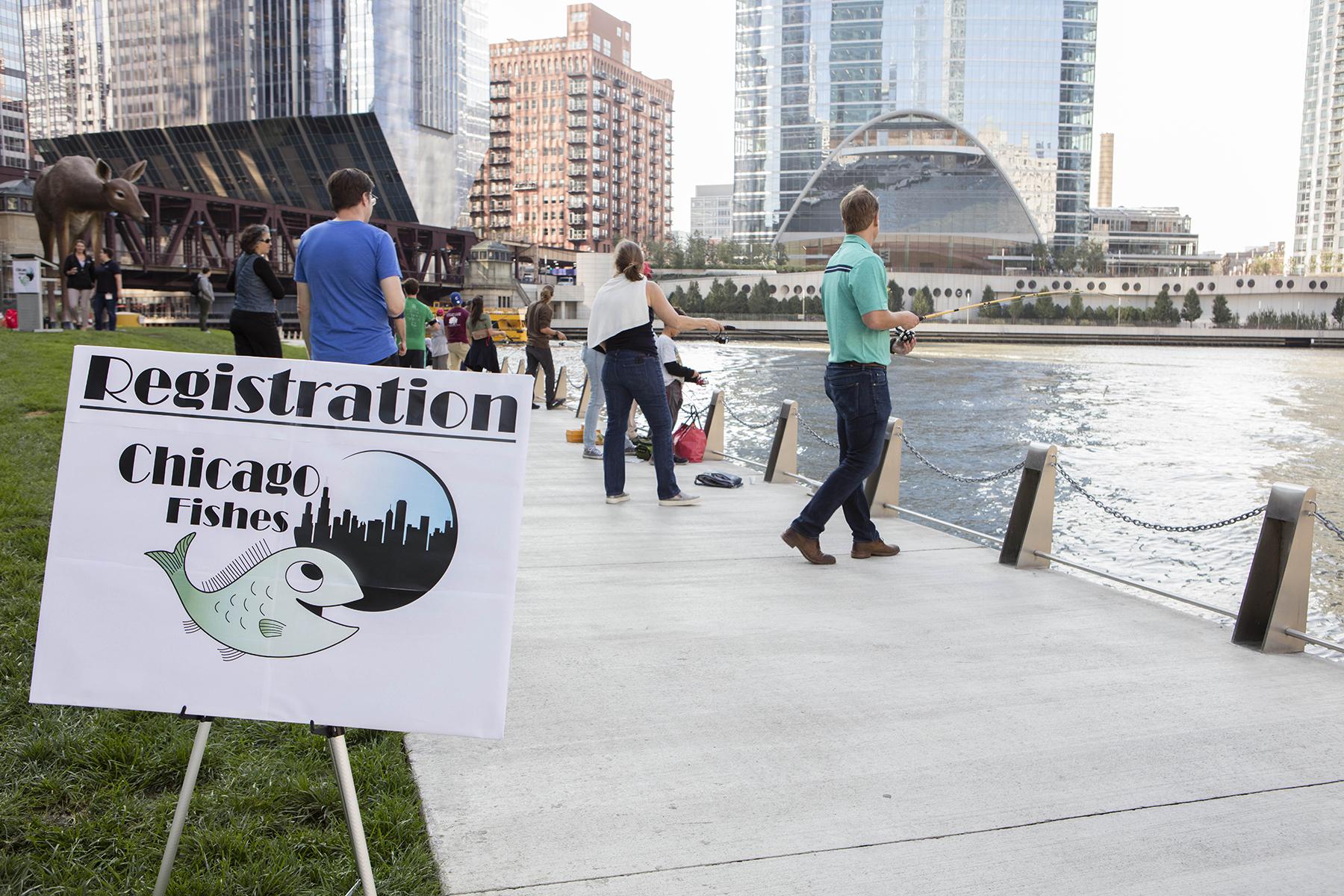 Hundreds of anglers participate in the #ChicagoFishes event Oct. 13 to celebrate decades of cleanup efforts to the Chicago River. (© Shedd Aquarium)

Dr. Phil Willink, a senior research biologist at Shedd Aquarium, said the fish is found maybe once a year in Chicago. In 2014, a fish caught in Orland Park was reportedly just the third American eel found in Forest Preserves of Cook County waters over the past 25 years.

On Friday afternoon, however, a 5-year-old named Richie cast his line into the Chicago River and came up with, yes, an American eel – possibly the first such eel ever recorded in the river, according to the Illinois Department of Natural Resources.

The rare catch occurred during the inaugural #ChicagoFishes event, which brought together elected officials, environmental advocates and nearly 200 Chicago-area residents to celebrate decades of improvements to the Chicago River.

“While swimming in the river is unthinkable today, it's important to remember that only a couple decades ago, fishing was not on the menu,” said Jen Walling, executive director of the Illinois Environmental Council, in a press release. “This event served as a great reminder of the progress we've made, as well as the potential of what the river has to offer.”

Participants reeled in more than 30 fish representing eight species over the course of the two-hour event. The most common catches included bluegill and green sunfish, but the highlight was Richie’s 2-foot-long American eel, a native species that has proven nearly impossible to catch. 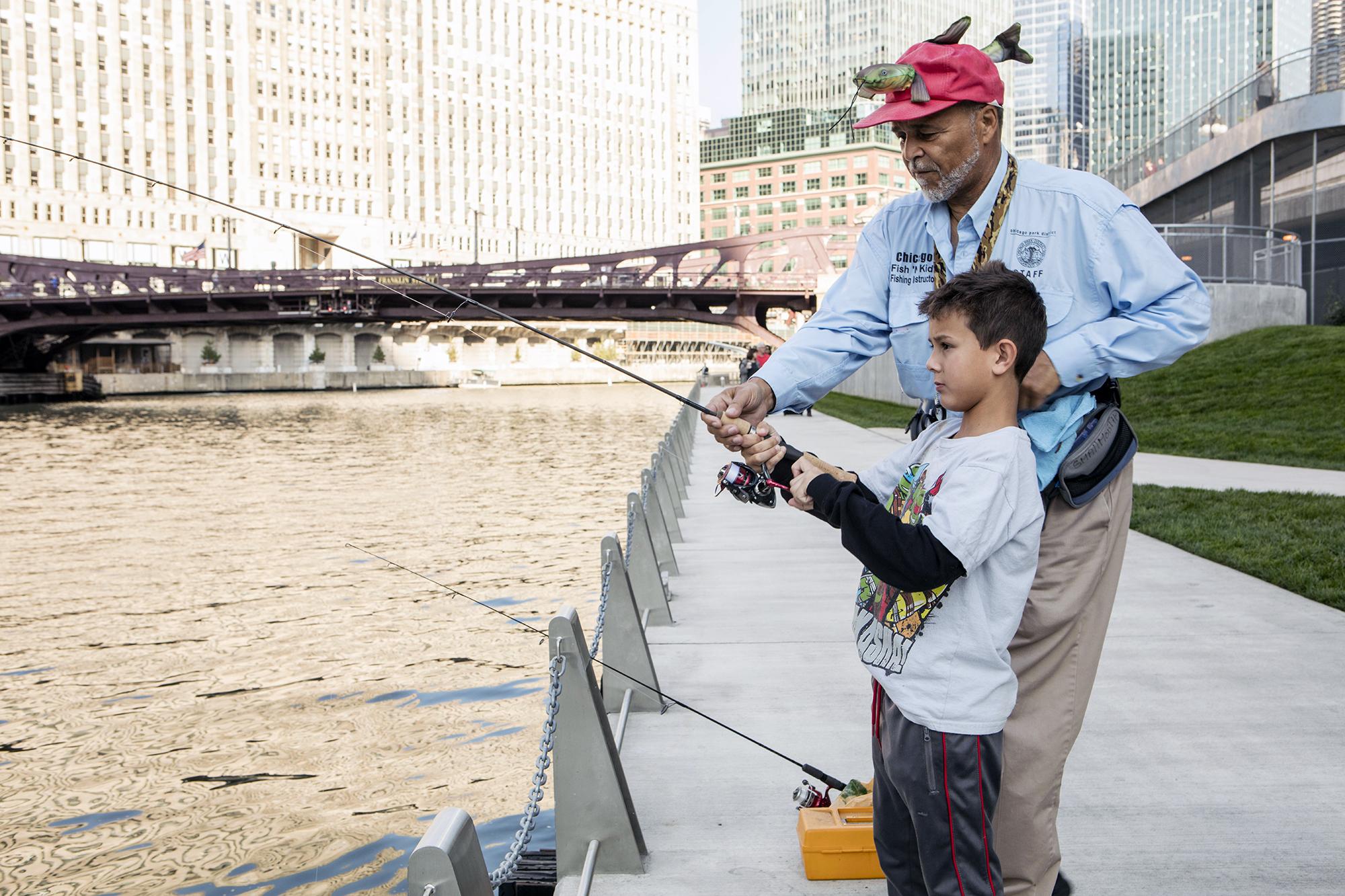 “Catching an American eel is particularly encouraging for the health of the Chicago River because it adds to the river’s biodiversity,” Willink said in a press release. He said the range of species caught during the event also reflected the success of clean-up efforts in recent decades.

Scientists estimate that more than 70 species of fish live in the Chicago River, a major improvement from the 1970s, when the river was home to fewer than 10 species.

“The Chicago River's fish populations once flourished in the slow-moving prairie stream, but as humans began to modify the river, fish species were often negatively impacted,” said Margaret Frisbie, executive director of Friends of the Chicago River, in a press release. “Happily, fish numbers have rebounded since those tumultuous times by way of improvements in water quality and the reestablishment of habitats.”

Last week’s event also celebrated the 45th anniversary of the Clean Water Act, which paved the way for cleanup efforts in Chicago and across the country.

A crowdfunding campaign held in conjunction with the event raised money to purchase 75 new fishing poles that Chicago Park District said will allow 2,000 children to fish next year. 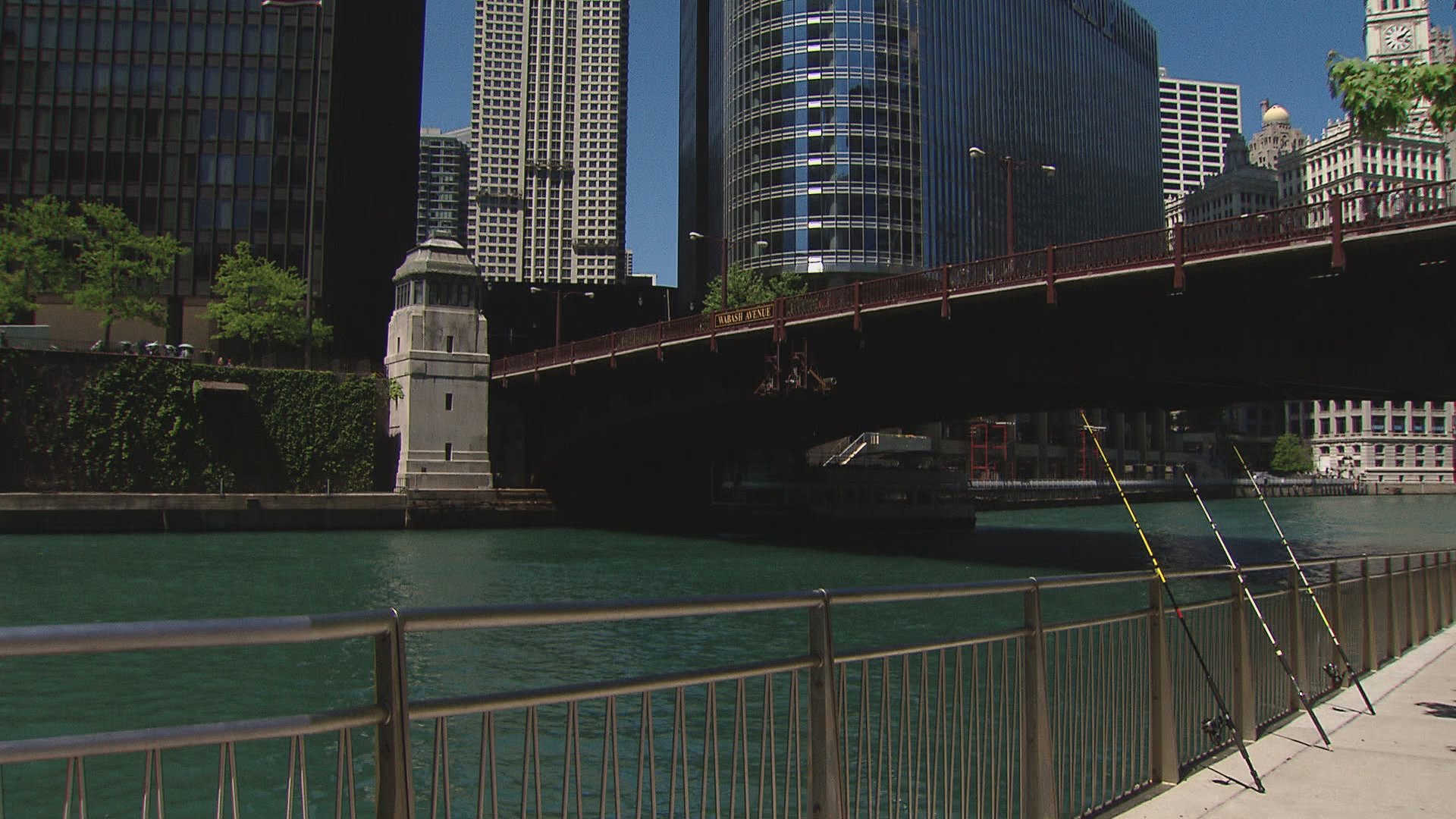 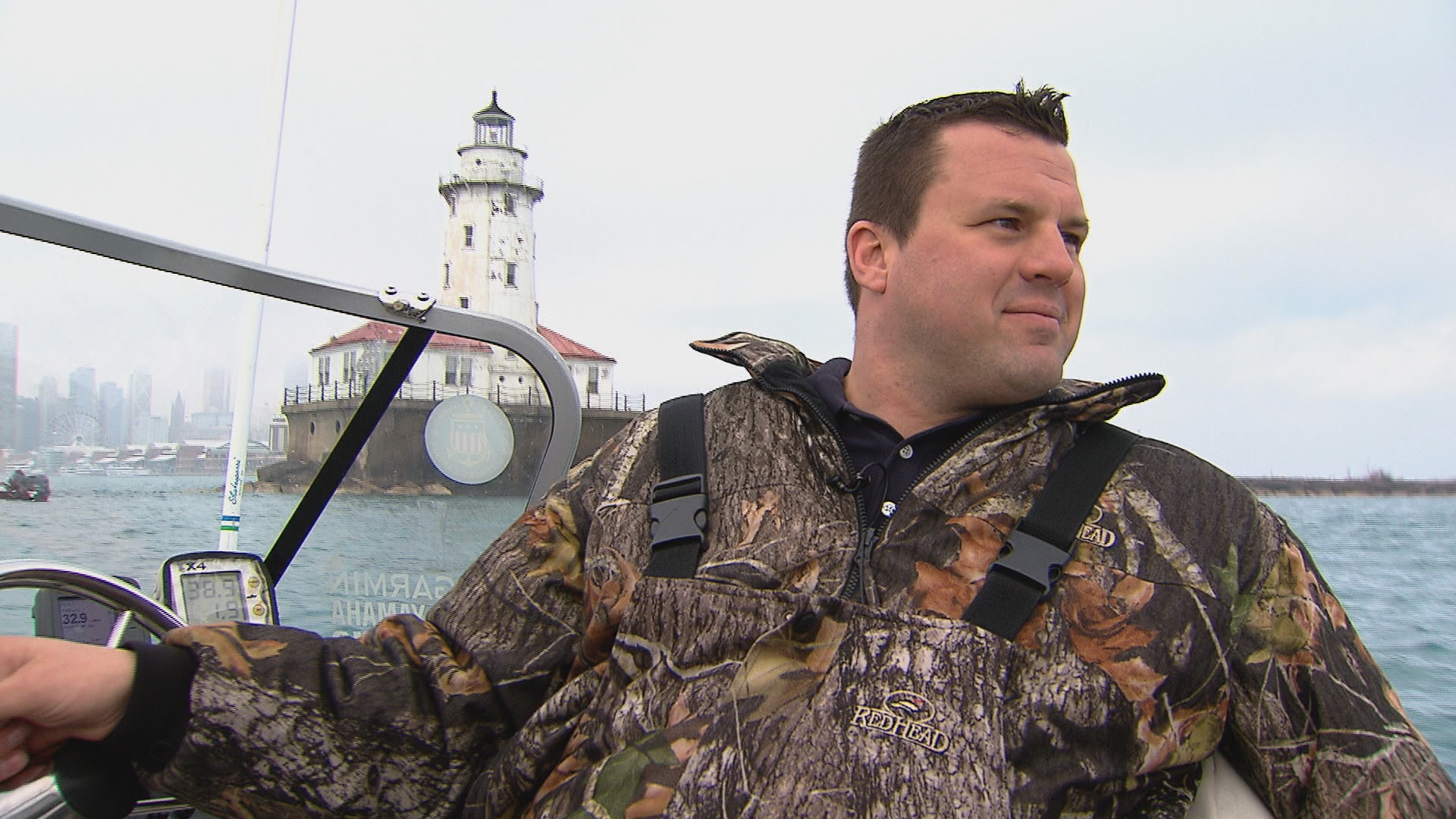 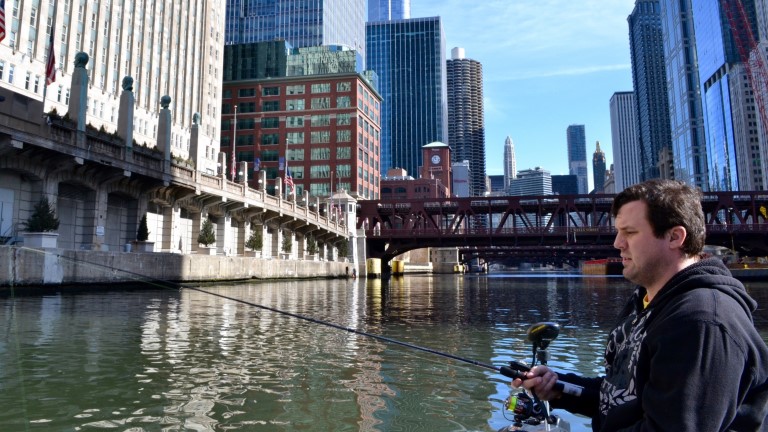 Feb. 25, 2016: The Chicago River is far from America's cleanest waterway. But a few anglers are trying their luck as its ecosystem improves. Captain Tim Frey took us for a winter fishing trip on the river.