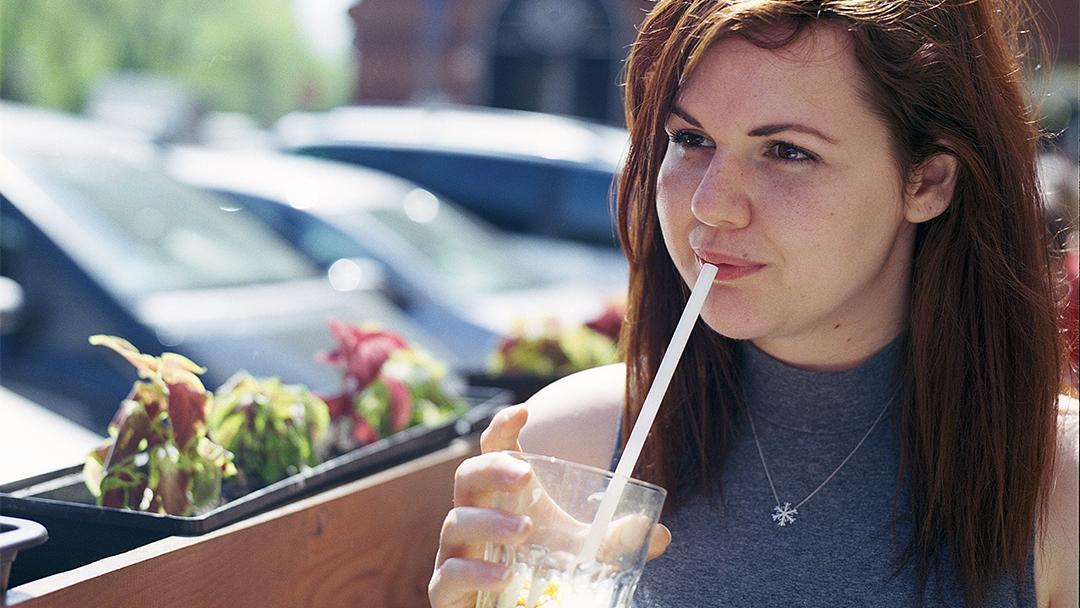 The event, which coincided with World Ocean Day, was part of the aquarium’s ongoing #SheddTheStraw campaign encouraging people to switch from single-use plastic straws to reusable or biodegradable alternatives.

Americans use an estimated 500 million straws each day, and much of the plastic winds up in landfills or ingested by marine animals. Researchers estimate that 90 percent of seabirds and many whales and dolphins have ingested plastics, including straws.

We use +500 million plastic straws a day in the US. For #WorldOceansDay, we #SheddTheStraw & remove straws from hotel operations today. pic.twitter.com/UfEKB7OfBM

Over time, oceans have become the final stop for plastic straws and other debris. According to the World Economic forum, scientists predict that without action, the amount of plastics in oceans will exceed the amount of fish, pound for pound, by 2050.

As an alternative to plastic straws, Shedd recommends reusable straws, such as a glass variety made by the company Strawesome. The company has partnered with the aquarium to offer a discount on its reusable glass straws.

We're in The Bahamas studying #QueenConch right now, but doing our part to #SheddtheStraw by choosing reusable alternatives! #WorldOceansDay pic.twitter.com/r84KhLaIjp

Altogether, 20 restaurants participated in Shedd’s campaign by either not serving straws on June 8 or using biodegradable alternatives, like paper or compostable plastic (see full list of restaurants below).

Additionally, a handful of restaurants have committed to using biogredable straws or only using straws upon request, a Shedd spokesperson said.