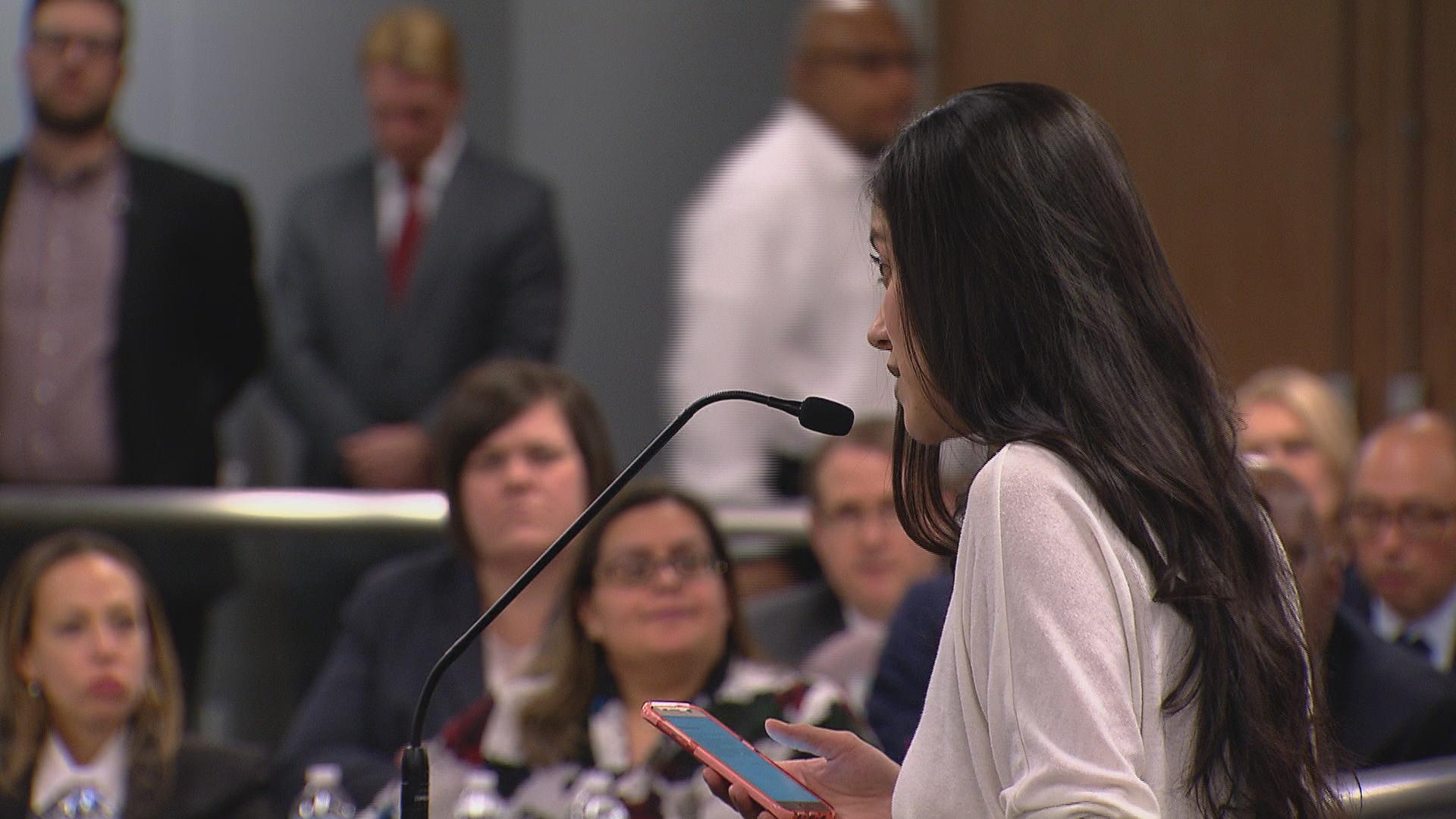 The Chicago Board of Education held a pair of public hearings Monday to discuss CPS' newly revised 2017 budget, which now accounts for districtwide furloughs and discretionary funding freezes designed to help plug its $215 million funding gap.

Several speakers put the blame for those cuts squarely on the governor's shoulders, but others wanted Claypool, the board and Mayor Rahm Emanuel to acknowledge their role in the district's budgetary woes.

“I suggest we stop blaming others for problems past and present governors, legislators, executives, boards and mayors have created and get to work creating sustainable solutions for the structural and financial challenges of our community and within CPS,” said David Tilson, a parent of two students at Pierce Elementary.

Monday’s hearings come before the board is set for a third vote on the district’s fiscal year 2017 budget later this month. Despite unanimous board approval in both previous votes, CPS officials have revised the district budget twice: first to account for its new contract with the Chicago Teachers Union, and now to make up a portion of the $215 million in state funds it had counted on to balance this year's budget.

Claypool blames this hole on Rauner, who vetoed the state funding late last year. Rauner has said those dollars were contingent on a statewide pension reform deal that has not yet been reached. He and Illinois Education Secretary Beth Purvis have also said the district is at fault for its own budget issues following years of financial mismanagement.

CPS announced last week it will freeze half of its schools’ remaining non-salary funds – totaling about $46 million – and will cut another $5 million in professional development for its teachers. That freeze means money schools had set aside to pay for textbooks, technology investment, after-school programs and field trips will no longer be available.

Between that cut and four unpaid furlough days, CPS has made up nearly half of its $215 million gap. Its budget now stands at $5.411 billion, but still lacks about $111 million the district had anticipated from the state.

Claypool has come under fire in recent weeks, not only from the governor, but also the Chicago Teachers Union, which earlier this month issued a vote of no confidence and called on the district head to resign his position.

“We have to make all kinds of choices, but when you make choices that hurt people, you have to be held accountable for them," CTU President Karen Lewis said during a rare appearance before the board Monday evening. "And that’s one of the problems of having an appointed school board and having mayoral control.

“Waiting for Gov. Rauner’s cold, evil heart to melt, to me, is just a waste of time and energy when you’ve got other things you could be doing. You guys are going to have to figure out a way to hold people here in Chicago accountable.”

CTU Recording Secretary Michael Brunson said Monday the district has made its cuts while ignoring progressive revenue sources such as a corporate head tax, a personal property tax increase and the city's surplus of tax incremental financing dollars.

But Claypool said taxes aren't the issue, and again laid blame on Rauner and Springfield.

“The problem is not the Chicago taxpayers and homeowners and businesses are undertaxed," said Claypool, responding to another CTU member. “The problem is that the state of Illinois deliberately, and through racial discrimination against our kids, gives Chicago a fraction of the dollars that are given to everyone else in the state. That is the issue.”

The board is scheduled to vote on the revised budget next week.