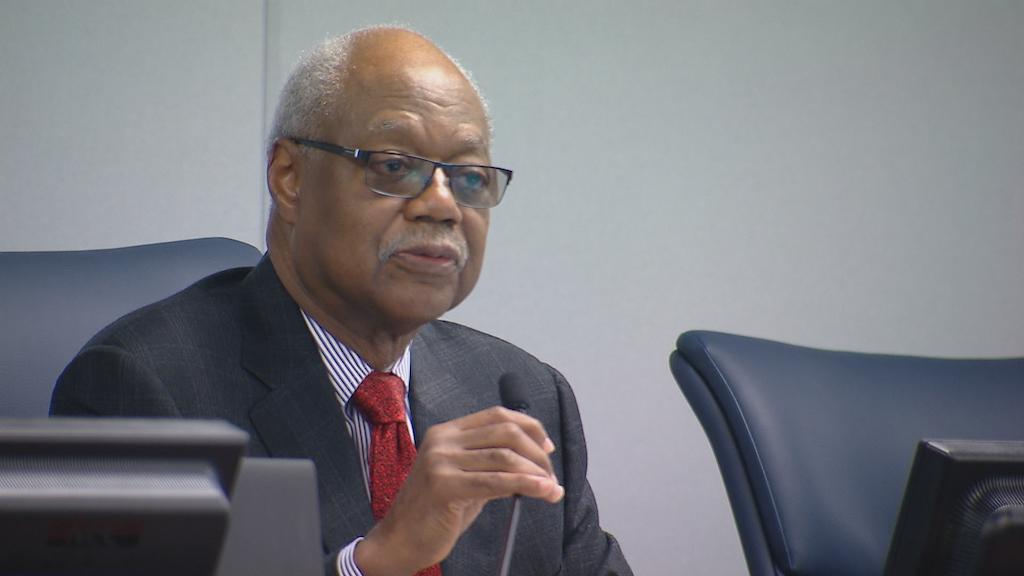 Chicago Public Schools may have a path to a balanced 2017 budget, at least according to the head of the Board of Education, but details of how the district may have filled a $200 million hole are not yet available to the public.

Board President Frank Clark said during Wednesday’s monthly meeting that CPS has worked out a way to fill the void left after Gov. Bruce Rauner vetoed $215 million in state funding for the cash-strapped district late last year.

“When we talk about a balanced budget, which we do have now for fiscal year 2017 ... it shows the tremendous effort in driving efficiencies and cost reductions led by (CPS CEO Forrest Claypool) and his leadership team to get to a point where we can actually stop the bleeding,” Clark said.

But how it got to that point isn’t immediately clear.

The district announced it will hold a pair of public hearings next month to discuss the revised budget before the board votes again next month. CPS spokeswoman Emily Bittner said Clark's comments were made in regard to briefings on the district's budget challenges and the path forward.

“Governor Rauner blew a $215 million hole in CPS’ budget,” Bittner said in an email. “CPS is exploring options to fill this hole and will have public hearings on Feb. 13 to listen to feedback on proposed actions to balance the budget in the event Governor Rauner doesn’t make good on his promise.”

The district says it is “exploring multiple options” to fill that gap, but that no final decisions have been made.

The “bleeding” Clark spoke of refers to the hundreds of millions of dollars remaining in CPS’ overall deficit. While he wants to celebrate the balanced budget, Clark said all it does is keep the district’s cash flow issues from growing worse.

To fix that, Clark said the district needs to both find new revenue sources and cut down its spending. But he also estimated more than two-thirds of the CPS budget is made up of educators and staff, which makes it difficult to make substantial changes without affecting those workers.

One measure already taken by CPS was to enact four districtwide furlough days throughout the rest of this school year. That move is expected to save about $35 million. Claypool said the district is also about halfway to reaching its goal of saving $300 million to help balance this year's budget, but he added that's somewhat of a “moving target.”

Another avenue reportedly being considered is shortening the district's school year to help save additional cash.

Back in 2012, the district expanded what had been the shortest school day and year among major cities.

District officials had held out hope that state legislators would override Rauner's veto, saying in December they would take another look at the budget in January should the “unthinkable” occur and the state funds were indeed cut off. But that override did not take place.

.@GovRauner designed cuts to do maximum damage to Chicago students, putting them back at square one for equitable funding.

Claypool also slammed the governor’s promise to work toward equitable education funding statewide, saying that at the same time Rauner is sending $243 million in new funds to suburban and downstate districts, he is singling out Chicago for a $215 million cut.

“I guess this is the new Trumpian world of alternative facts that Gov. Rauner has adopted himself,” he said.