Approaching his last days as the leader of the Archdiocese of Chicago, Cardinal George announces that low enrollment and limited budgets mean tough choices. The school system is closing seven schools, and consolidating six others. 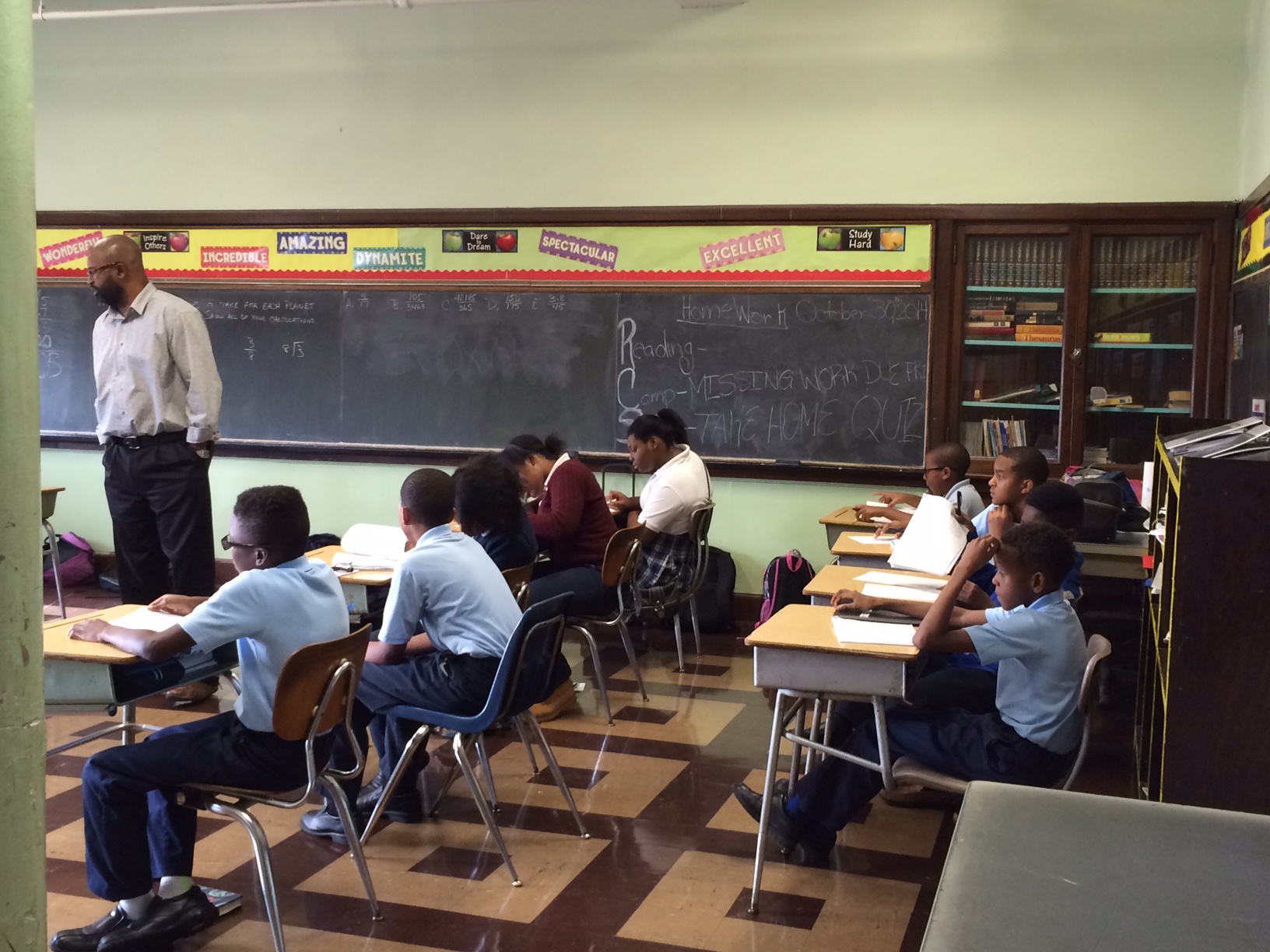 This week, parents of some Chicago area Catholic school students learned their children will need to find a new school next year. The archdiocese announced yesterday that it's closing or restructuring 11 schools.

Altogether, 1,280 students will be moved or have to find a new school, and almost 230 teachers and staff. Of the 11 sites affected, several are consolidating two schools into one. Six schools are closing altogether.

“A lot of these schools that are closing are excellent,” Sr. Mary Paul McCaughey said. “Their test scores are excellent. Their faculty are amazing. Their parents are loving. So it is very difficult, but on the other hand, our goal is to have every student transition to another nearby Catholic school.”

The archdiocese cited low enrollment and budget constraints as reasons for these changes. 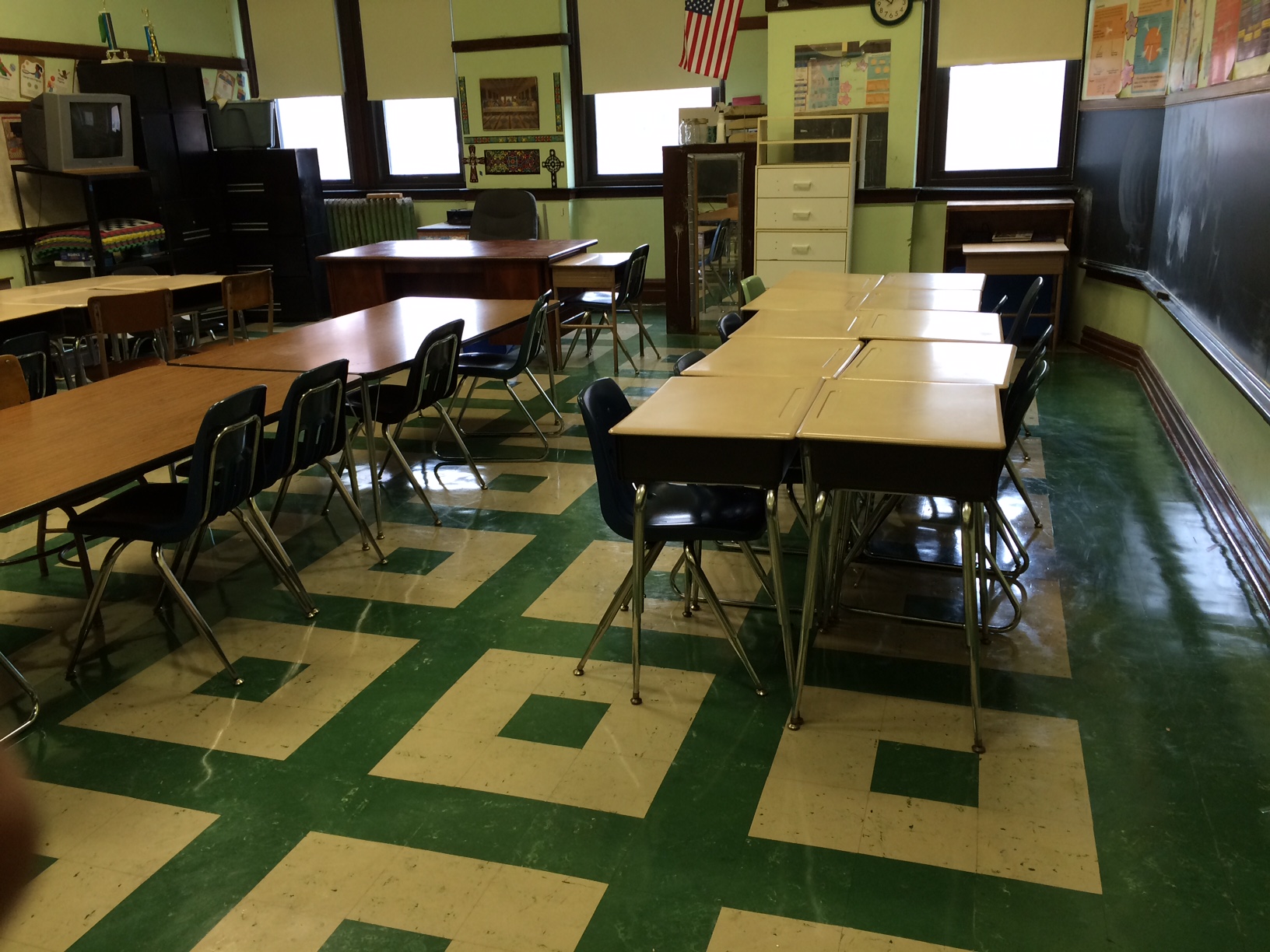 “But we know that these decisions leave us in a more stable position,” Tom McGrath, Chief Operating Officer for the Archdiocese of Chicago Catholics Schools, said. “These decisions do make more efficient use of our resources—human resources, capital resources, financial resources. This is about making sure the programs we have—not just the sites—but the programs we have are sustainable for as many families as possible.” 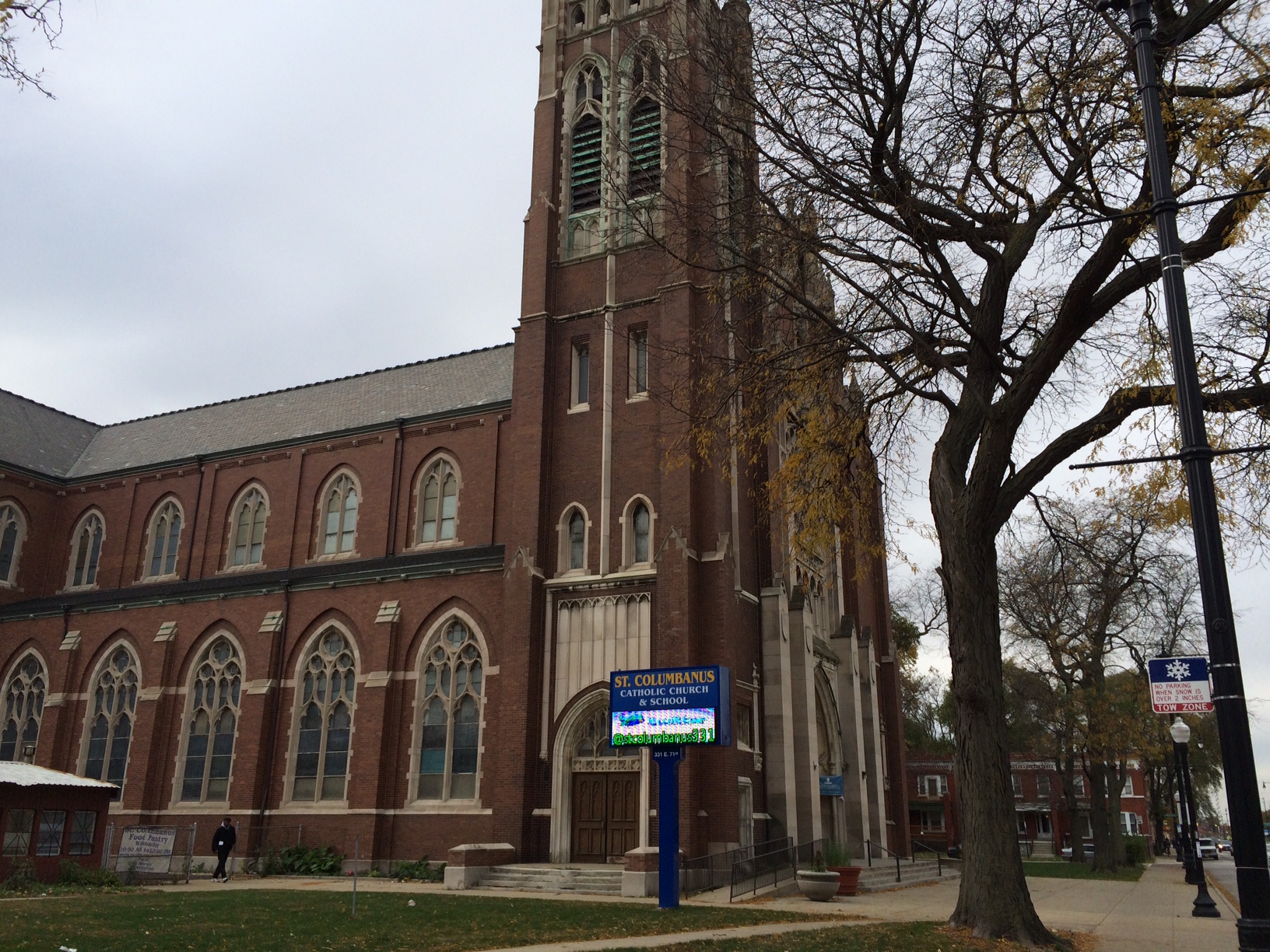 In an open letter, Cardinal George explains the operating aid for schools required at the archdiocesan level increased significantly, up to $23 million in 2012.That's decreased since then, to $18 million -- but he says it's still more than the archdiocese can afford.

With regard to low-enrollment, one of the schools that's being consolidated, St. Columbanus on the South Side, will merge with St. Dorothy to become Augustus Tolton Catholic Academy, where enrollment is about 180 students. 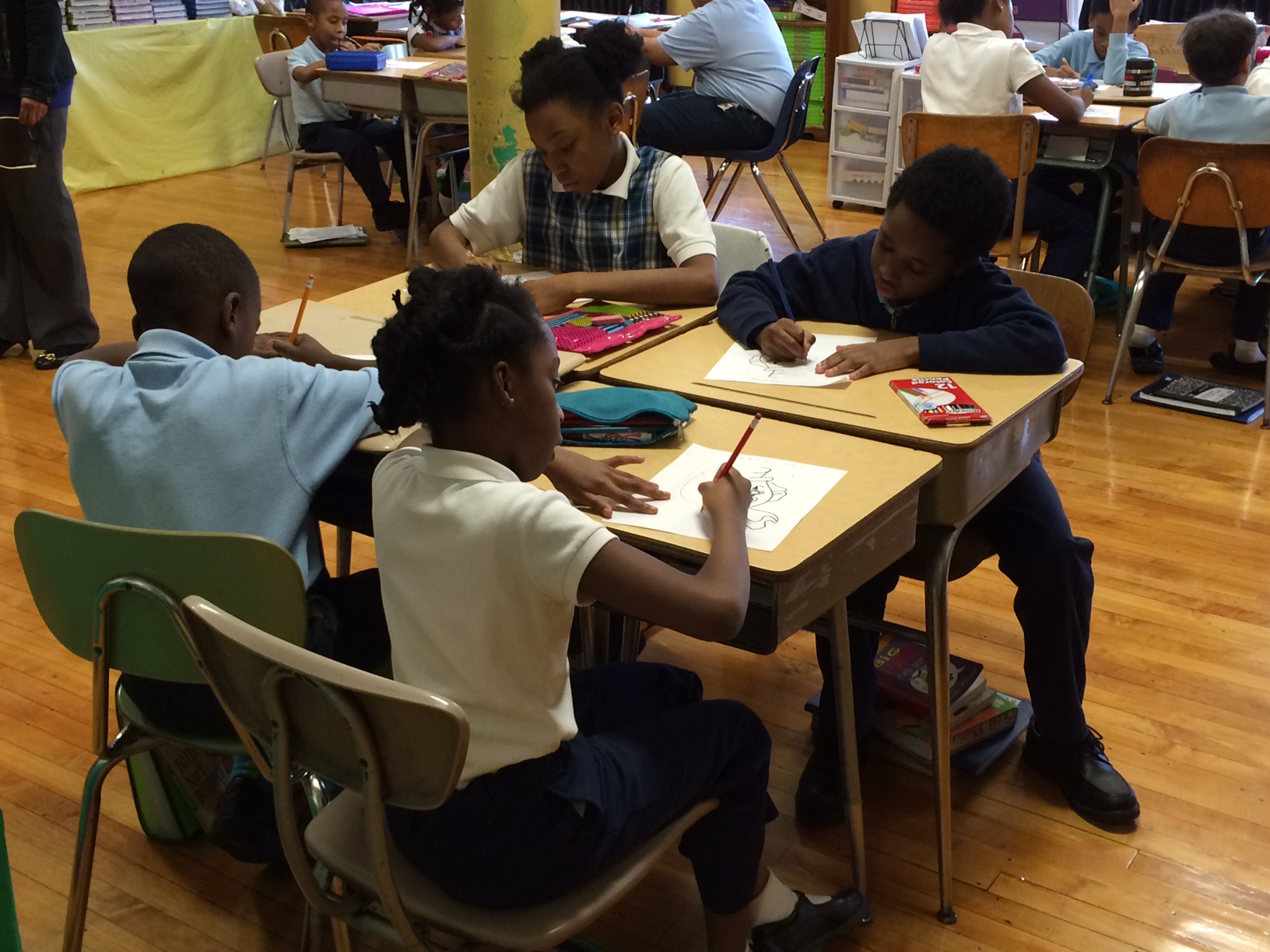 But the archdiocese says their hope is that parents will select another school within their system for their children -- and to help it's starting a capital campaign to raise a $150 million endowment fund for scholarships.

They say more than $80 million in that campaign have already been pledged.

View a map of the planned school restructurings.

An Open Letter from Cardinal George Regarding Schools

The Archdiocese of Chicago educates more than 82,000 Chicago area children in 240 elementary and high schools.  Forming children in our Catholic faith and educating them to be responsible future adults have long been important ministries of the Catholic Church.  We recognize the vital asset our school system is to the Chicago area community, and we have long been dedicated to serving those with limited means.  In many of our schools, the majority of our children qualify for free or reduced lunch.

The academic results speak for themselves: ACT scores continue to climb each year, 92 percent of our elementary schools achieve better test scores than all or all but one local option, and our system has more Blue Ribbon Schools than any other school system in the country.  Our faith-based education also instills strong values in our children, preparing them to be capable and caring adults.  We provide this vital service to our community with no direct public funding, saving Cook and Lake Counties an estimated $1.5 billion annually.

Even though our costs are still significantly lower than those of the public school system, expenses have risen significantly over the past decades, and the cost of a Catholic education is now beyond what many families can afford.  Because of this, we have continued to fund school operating costs with approximately $165 million from local parish contributions and Archdiocesan assets over the past five years alone.  We are also very grateful for the generosity of the Big Shoulders Fund and other private donors for their significant support over many years and for increasing their funding recently to stabilize more schools financially.  In all, Catholics and others in Cook and Lake Counties have made considerable sacrifices to support this important ministry.

As was explained in the 2013-2016 Strategic Plan for Catholic Schools, the Archdiocese simply cannot sustain our current funding support levels.  The operating aid for schools required at the Archdiocesan level increased significantly in recent years, reaching more than $23 million in fiscal year 2012.  While the level of support has decreased since 2012, it still totaled $18 million in the fiscal year 2014 just ended.  This level is higher than the Archdiocese can afford and still remain financially healthy and has contributed to unsustainable operating deficits in the Archdiocesan budget.  These deficits stem from our ongoing operations and do not include expenses related to misconduct settlements.

As was highlighted in our Strategic Plan, too many of our schools suffer from low enrollment, in many cases driven by the inability of families to afford Catholic school tuition.  Many of these families have household incomes of $40,000 or less.  With two or three children, the cost of education at a Catholic elementary school, at an average of $4,500 per student, could constitute 20 to 30 percent of the entire household income.  We have responded to this challenge by initiating a significant capital campaign to raise a $150 million endowment fund for scholarships, of which more than $80 million has already been contributed or pledged.  The annual scholarships provided by this endowment will be a critical factor in ensuring the long-term economic viability of our school system.

For other schools, low enrollment is the result of inadequate implementation of best practices in academics, marketing and tuition management, and we have begun a long-term effort to work with schools to improve their operations.  Improved management will lead to stronger programs, healthier enrollment and more stable financial results.

In addition, however, many of our communities have faced significant demographic changes over the years.  In more than 20 percent of our school communities, the school-age population declined by 15 percent or more from 2000 to 2013.  Neither tuition aid nor excellence in operations can compensate for these shifts.

A fairly large group of schools at risk have an average enrollment of only 145, well below the required minimum of 225.  The Office of Catholic schools held meetings with schools at-risk in May 2014 and notified them of their status, with the goal of improvement by fall.  Even with new scholarships, many of these schools were not able to grow in student numbers.  Supporting many low enrollment schools, particularly those with demographic challenges, spreads our scarce resources very thin and limits our ability to invest dollars in strengthening viable school offerings for our students.

We remain as committed as ever to Catholic education, and we believe a more appropriately sized network will enable us to strengthen our system and serve our children more effectively.  We will not be able to maintain all schools in their current form, however.  Some school communities will be welcomed into healthier schools to bolster them further.  Others will come together to form a new consolidated school that will use the best of the schools’ buildings, teacher resources and program approaches.  Some others will embark on a venture to build up a renewed school from below.

In considering the future of our schools, we embarked on a lengthy decision-making process that examined many factors and included discussions with many constituents.  Importantly, we kept a number of considerations in mind in evaluating the outlook for particular schools. We focused on preserving our presence in communities of low and moderate means while asking parishes with greater resources to become more self-sufficient.  We also prioritized healthy enrollment levels, keeping many schools with adequate enrollment in their current form, even if they require substantial financial support.  We examined population factors, and we are more willing to take time to work with lower enrollment schools without demographic limits to their potential.  Finally, we are committed to making sure that Catholic schools are available, often keeping a school with significant challenges in its current form if we believe there is no viable Catholic school alternative for its students.

We know that disruptions in the life of any school community are difficult and painful.  A school is a child’s second home.  We are committed to working with all affected families to ensure a smooth transition to a strong Catholic school alternative, and to making sure a Catholic education is an option for any family in the Chicago area that desires it.  Detailed assistance plans will be implemented at each affected school.