The Fuss Over Fracking 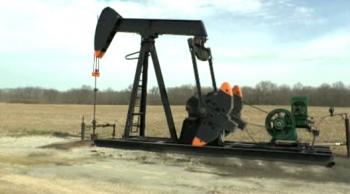 Across the country, the debate has heated up over “fracking” for oil and natural gas. Now, Illinois sits at the center of that debate. Legislation being considered in Springfield could pave the way to a fracking boom. It has the support of the governor, but does it threaten Illinois' environment? Will the state really see thousands of new jobs and economic growth? And how would the impact be felt locally? We traveled downstate for some answers.

Southern Illinois is a region of big agriculture, small towns, and perhaps the state's most varied and picturesque landscape. But geologists and oil companies believe the area might also sit on top of a gold mine - in the form of oil and natural gas.

“If that's correct, we are looking at the potential of a billion barrels of oil, or close to it,” said Kevin Reimer, a geologist who runs a midsize oil exploration and production company in downstate Harrisburg. “And we're looking at the revitalization of the industry by large companies in eight to 12 counties in the southeastern portion of the state.”

He said the energy industry is key to the region's future.

“The new jobs, the restaurants, the companies that will come in and set up shop, the real estate that will have to be purchased, it's a trickle-down effect,” Reimer said. 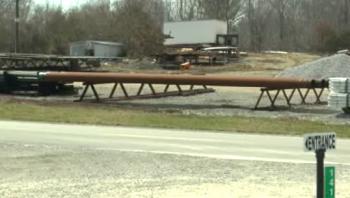 In recent years, the prospect of an Illinois oil boom has heated up, thanks to the advancement of “horizontal hydraulic fracturing,” also known as “fracking.” Geologists believe oil and gas is locked in a layer of shale rock more than a mile below the surface, and well below fresh water aquifers.

It’s called the New Albany Shale formation and runs across portions of Illinois, Kentucky and Indiana. It can only be accessed by horizontal fracking - which involves blasting cracks in the rock formations and then injecting water, sand, and a small mixture of chemicals to force the extraction of both oil and gas. The well is first dug vertically, and then curves horizontally and can run for miles beneath the surface.

Smaller scale "vertical fracking" has been going on in Illinois for years - but it doesn't produce the volume that horizontal fracking promises. It's the same process that has led to an economic boom in North Dakota.

“In North Dakota, $70 million a day of oil is coming up,” said Rep. David Reis, a Republican from downstate Olney. “You take the royalties from that, severance from that, that's a lot of revenue for the state.”

Reis is co-sponsor of a bill that would open the door to horizontal fracking in Illinois. It's the result of an agreement forged among industry, labor, and environmental groups. They said they have negotiated the nation's strongest rules and highest taxes on hydro-frackers.

“Indiana's regulation is four pages long. Ours is 94,” Reis said. “We have companies that are upset that the laws are restrictive. We have some environmental groups saying, ‘we want a moratorium, we still don't like this,’ so I think we're right in the middle.” 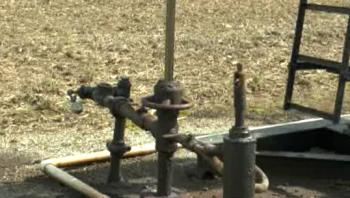 Environmental groups like the Natural Resources Defense Council said they agreed to the plan because the state currently has no regulation in place.

“This is a step forward in dealing with a series of known risks, but it is impossible to make a process failsafe,” said Henry Henderson, director of NRDC's midwest program. “There continues to be issues, there continues to be problems not recognized.”

Fracking has been the subject of great controversy across the country, with claims of residents' drinking water being poisoned with high levels of methane gas.

Industry supporters say the horror stories are fiction and have no connection to fracking.
Illinois regulations would call for either cleaning and reusing the chemical-laden fracking water, or storing it deep underground where it can't pollute freshwater aquifers.

“The oil and gas industry wants to protect our freshwater,” Reimer said. “We want to be good stewards of the Earth. We've got to be here just as long as you do and we are liable for our actions. That doesn't mean our industry doesn't have isolated cases where there's a problem.” 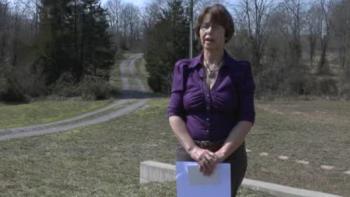 In a case where there are toxic chemicals found in water, the burden in Illinois would fall on the oil and gas companies to prove that they didn't cause it -- a concession that environmentalists laud as a major protection for citizens.

Though many environmental groups have signed off on the fracking plan, there are still more that would prefer a two-year moratorium on any fracking, including those who would prefer not to see it in their backyards.

Joy Ramsey lives on 40 rural acres outside of downstate Marion. She said she has been approached multiple times by an oil company to lease her land for drilling.

“And I said no, because we had studied this enough to know that we didn't want this on our land,” she said. “Because this was our dream, to live out in the country.”

But Ramsey might not have a choice. She said she was told by Illinois officials that they could force her to give away the rights to minerals underneath her land.

“Instead of eminent domain, they call it forced integration,” she said. “And so right there, I thought, this is democracy?” 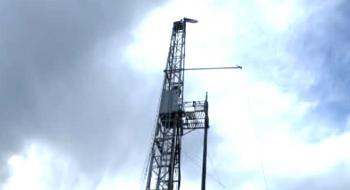 Forced integration means that if a majority of Ramsey's neighbors agree to allow drilling, then oil and gas could be extracted underneath her property as well.

“Illinois law gives very limited alternatives for such a person, and it’s one of the concerns we have about the need to address reforming the law that allows people to have a say over the property they own,” said Henderson.

Ramsey also worries about the effect on her quality of life and the value of her property.

“It will affect us because we'll have trucks going down our roads all day, these semi trucks with tanks full of water,” she said. “There are some banks that won't even issue mortgages on properties that have a gas or oil lease.”

Other critics said that the promise of jobs from fracking is overstated and that the big oil and gas companies that can afford to do horizontal fracking will bring in temporary employees from out of state.

Mark Denzler is the head of the Illinois Manufacturing Alliance. His group has led the effort to promote fracking in Illinois, and he insists there will be permanent jobs for Illinois citizens.

“Early studies suggest it would lead to the creation of 50,000 high-paying jobs,” he said. “So industries like manufacturing, it can be production of tubes and pipes, the pumps that are used, the mining equipment...” 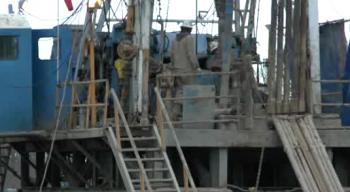 And he said Chicago would see a benefit as well.

“You have steel companies in the city. You have chemical companies, you have attorneys, engineers that will be impacted,” Denzler said. “Another benefit is we're creating a low cost source of energy for years to come.”

But even industry sources admit that the promise of economic good fortune is moot if they don't find enough oil in the New Albany Shale.

“Until we actually start drilling wells and figuring out how many barrels we can get, we won't know until it occurs,” Denzler said.

And if they start digging, is there a chance they won’t find anything?

“Yes, absolutely. Yes,” Henderson said. “There is an economic component that doesn't justify a rush to poke holes in Illinois.”

Ready or not, the energy industry is not waiting. The Illinois Grow Coalition reports that companies have already paid $100 million to Illinois residents to lease their land for drilling. It's one sign that the region has already begun to feel the impact - both positive and negative - before the fracking has even begun. 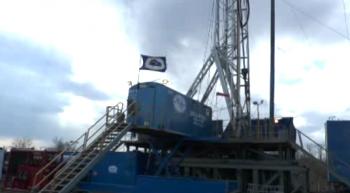 The horizontal fracking legislation is stalled in a House committee.

The U.S. EPA is in the midst of a years-long study to determine whether fracking can be done without environmental damage, and if so, what the best practices would be. Former U.S. EPA administrator Lisa Jackson has said she believes fracking can be a safe method of extraction. There are very few federal standards on this; fracking is exempt from the 1972 Clean Water Act protections, so laws are being set up piecemeal state-by-state.

Check out maps of other fracking states and their regulatory status here.

Fracking is also causing controversy closer to home. A lot of the sand used in the fracking formula comes from sand mines in the Midwest. A permit was issued recently to build a sand mine adjacent to Starved Rock State Park. That has led to blowback from local conservation groups who worry about the effects on the popular state tourist attraction.

The Illinois Department of Natural Resources, which regulates drilling and oil extraction, does not know how many wells are employing “fracking” methods, because companies are not required to disclose that information. Industry sources believe companies are waiting for the regulatory and tax framework to take effect before they horizontally frack. But the impact is already being felt across the state.

*Note: We reported on our broadcast that the fracking bill had passed committee. It has actually stalled. This article has been updated to include that correction.