It's being praised as one of the best performances currently on stage in Chicago. Sun-Times theater critic Hedy Weiss joins us to talk about Larry Yando in Angels in America. She also reviews The March, Chesapeake, and The Light in the Piazza on Chicago Tonight at 7:00 pm.

Angels in America at Court Theatre
Greek epics were never known for their brevity. Neither so is Angels in America, a two-part, seven-hour epic drama set in mid-1980s New York City against the backdrop of the growing AIDS epidemic. At the core of the plot are two HIV-positive gay men –downtrodden Prior Walter and the closeted McCarthy-era lawyer, Roy Cohn. The play follows their lives and those they touch, which all become increasingly intertwined in the face of the disease. Tickets are $35-$65, and the play runs through June 3.

The March at Steppenwolf Theatre
Based on E.L. Doctorow’s Civil War book, The March follows the story of Union General William Tecumseh Sherman as he leads more than 60,000 troops through Georgia during President Abraham Lincoln’s reelection campaign. The play features a cast of characters from different backgrounds -- black and white, rich and poor, Union and Confederate -- and chronicles the physical and emotional damage reaped upon everything touched by war.  “It’s a story about love against the backdrop of carnage, unthinkable loss and heartbreak, and a kind of confusing madness -- a fire that swept the nation and engulfed the entire population,” said Tony Award winner Frank Galati, who adapted and directed the play. The March runs through early June. Tickets are $45-$55.

The Light in the Piazza at Theo Ubique
After selling out show after show, Theo Ubique Cabaret Theatre has once again extended its run of the Tony Award-winning musical, The Light in the Piazza, through June 23. Set in Italy in the early 1950s, the play follows the story of Margaret Johnson, a well-to-do woman whose marriage is on the brink of collapse, and her 26-year-old daughter, Clara. When Clara falls in love with a young Italian boy, Margaret is adamantly opposed to their budding relationship and does all she can to thwart it. Tickets are $30-$39, and shows are sold out through May 20. 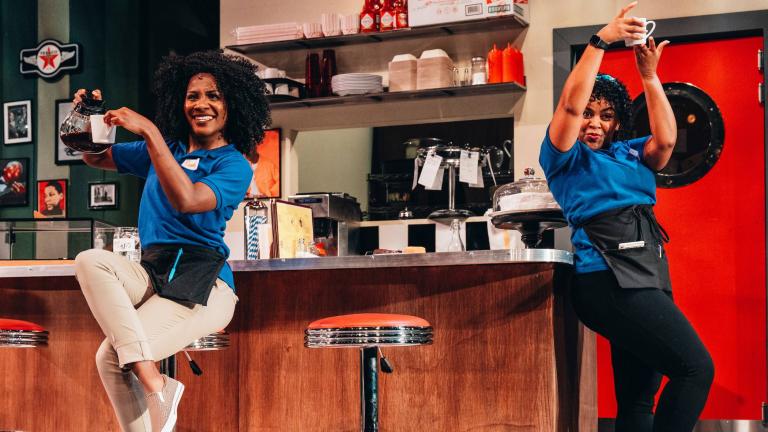