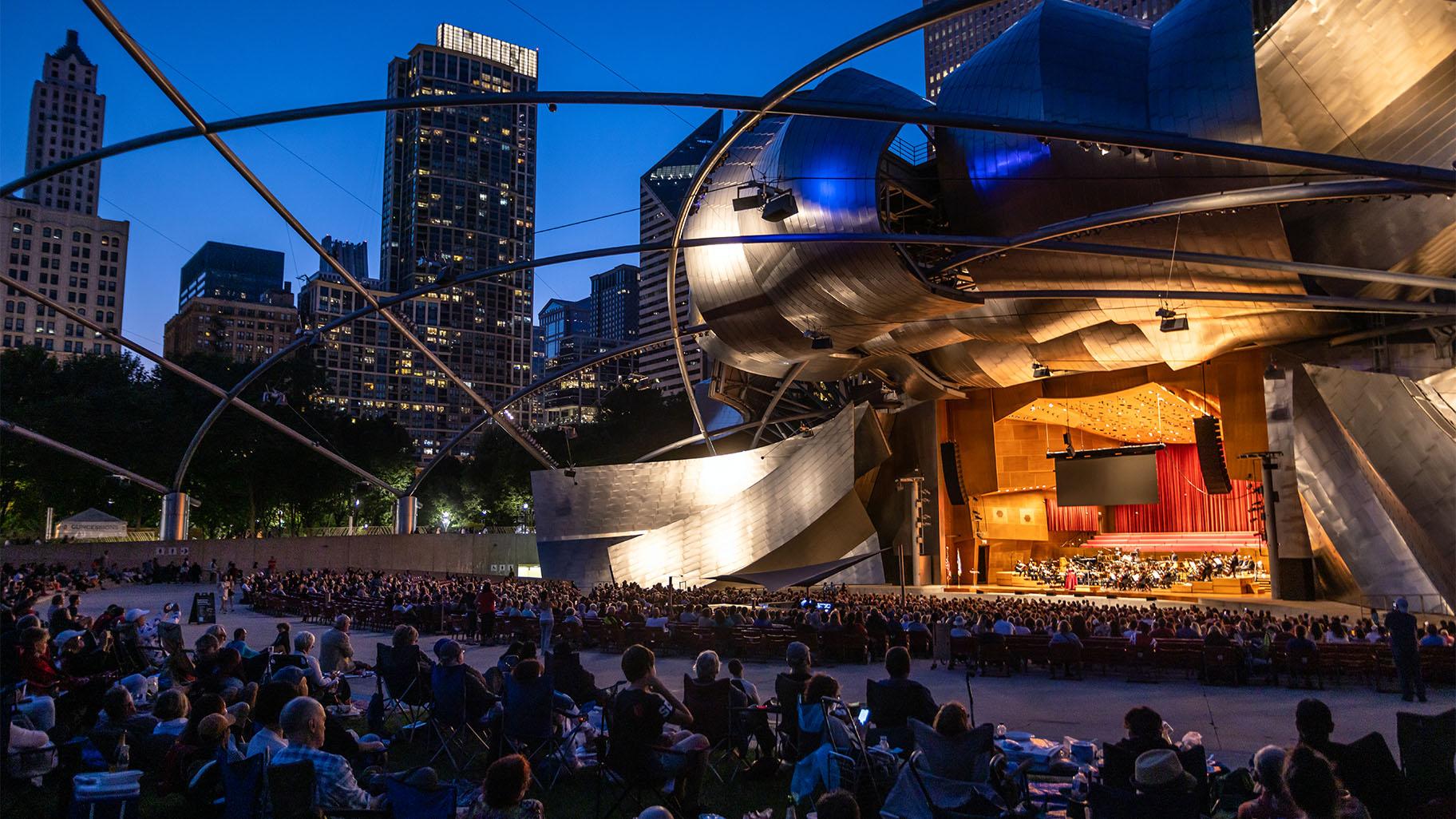 Earlier this summer maestro Riccardo Muti led the Chicago Symphony Orchestra in a rousing, admission-free concert in Millennium Park that attracted an audience of 12,000 people.

On Sunday evening, in the wake of a thunderous few days of the Chicago Air and Water Show, Enrique Mazzola, Lyric Opera’s Music Director (along with Donald Lee III, the inaugural Ryan Opera Center conductor/pianist), led the Lyric Opera Orchestra and singers from the Ryan Opera Center’s esteemed training center on the same stage of the Pritzker Pavillion.

The weather was ideal, the concert attracted an audience estimated to be about 7,000 strong, and even the irritating roar of a helicopter and the sound of a couple of emergency sirens failed to distract the gifted artists on stage.

Meanwhile, Monday morning, the front page of the New York Times featured an article about the dwindling audiences for its major performing arts companies under the headline “Stars Return to Fill the Stage, But Gaze at Many Empty Seats.” Much of the blame for the situation was placed on the pandemic, but while that certainly remains one cause of the problem, I would suggest there is another problem, too. For while there is still a large and enthusiastic audience for opera, classical music, and dance, the price of tickets, particularly in a period of inflation, also plays a role.

Lyric’s free outdoor concert was an enticing event, notable for both its gathering of a dozen outstanding singers ideally backed by the Lyric’s excellent orchestra, as well as for the canny way in which it served as a teaser for the company’s upcoming season. And, in addition to the opera repertory, there were songs from the two classic Broadway musicals to be performed at Lyric - “Fiddler on the Roof” (this Fall), and a revival of its 2019 production of “West Side Story” (in June 2023). 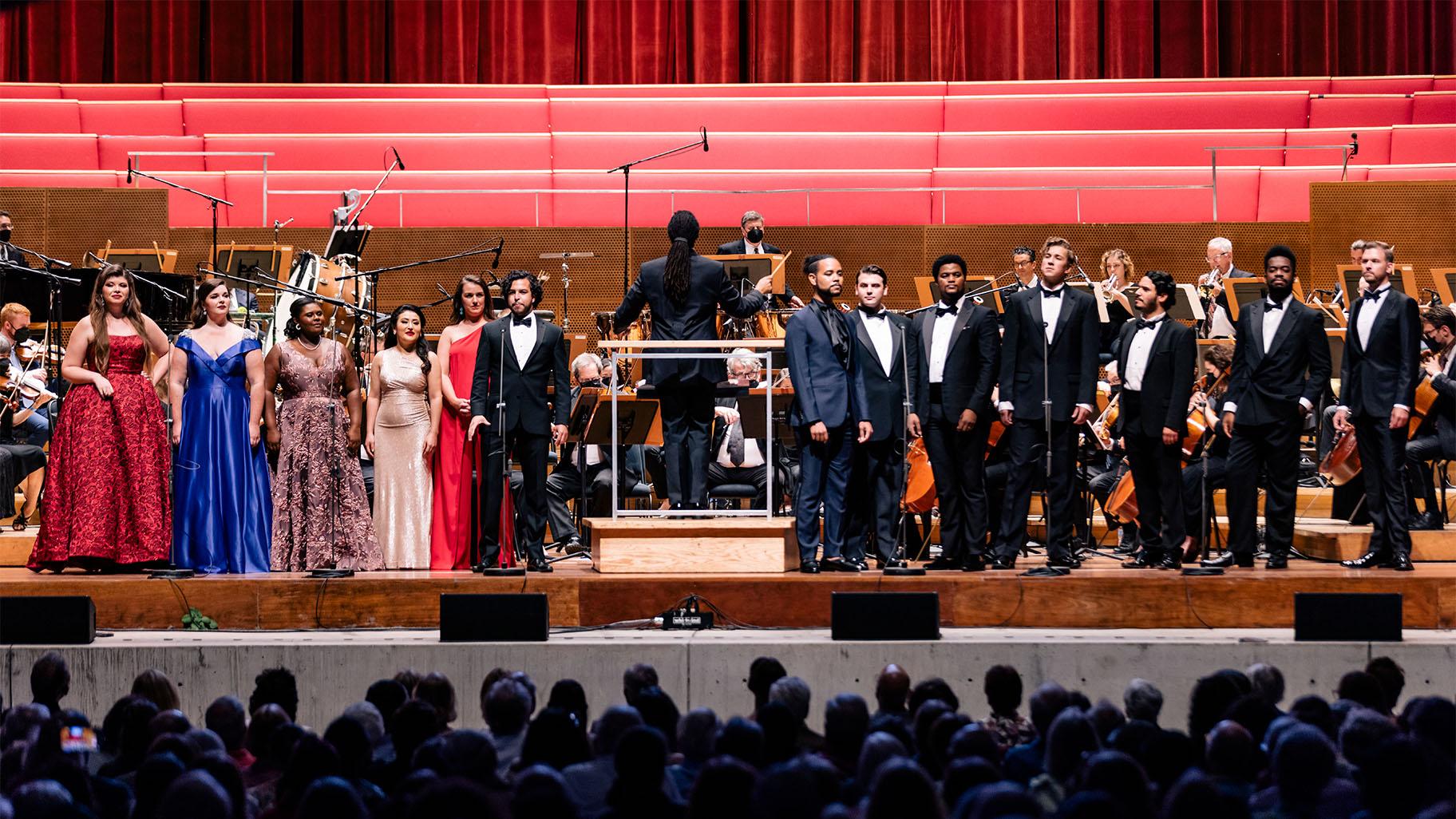 Opening the program was the wonderfully engaging Overture from Engelbert Humperdinck’s opera, “Hansel and Gretel.” The music steered clear of the usual darkness of that Grimm fairy tale about a wicked stepmother and a witch who abuse a brother and sister who prove that they are just shrewd enough to survive.

Next up was Verdi’s rarely performed work, “Ernani,” the story of Elvira (captured in a feverish coloratura aria sung by Kathryn Henry), a woman madly in love with the title character (a persecuted nobleman forced to live as a bandit), but who is being pursued by both her elderly uncle, Don Ruy Gomez de Silva, and King Carlos of Spain.

Then it was on to Rossini’s “Le Comte Ory,” a farcical love story, featuring a terrific trio comprised of tenor Lunga Eric Hallam, mezzo-soprano Katherine Beck and soprano Lindsey Reynolds.

A change of pace came by way of “Fiddler on the Roof” the classic Jerry Bock/Sheldon Harnick musical. Mezzo-soprano Katherine DeYoung and sopranos Kathryn Henry and Lindsey Reynolds delivered a wonderfully high-spirited performance of the song “Matchmaker, Matchmaker” in which two of Tevye’s daughters voice their wariness about Yente the matchmaker’s choice of husbands. Donald Lee III conducted.

And then it was on to “Don Carlos,” Verdi’s epic, five-act opera about war and peace, and a father and son who compete for the same woman. The prince of the title (winningly sung by tenor Alejandro Luevanos), is in love with his young step-mother, Elisabeth of Valois. Baritone Laureano Quant and tenor Ryan Capozzo joined in a strong duet from the opera.

The four excerpts from Bizet’s widely familiar “Carmen” were, of course, irresistible from the Overture, to DeYoung’s vivid rendering of the Habanera, “L’amour est un oiseau rebelle (“Love Is a Rebellious Bird”), to the gathering of superb voices (De Young, Velez, Beck, Ian Rucker and Ryan Capozzo) for “Nous avons en tete une affaire,” and, of course, for the ever-stirring “Toreador Song” (with Lee III conducting).

This Lyric concert also presented two excerpts from “Proximity,” a trio of new works (in English) that deal with major social issues of the 21st century. It will have its world premiere in March 2023.

Wm. Clay Thompson (accompanied by Chris Reynolds on piano), displayed his solid bass voice in an aria by Caroline Shaw whose lyrics were not quite musical. Ron Dukes (with Reynolds on synthesizer) gave an absolutely riveting performance of “In the cold ring of blood,” a heated aria about a Black man in fear for his life.

Closing the evening was “Tonight,” the love song from the Leonard Bernstein/Stephen Sondheim classic “West Side Story.” Presented at Lyric in 2018, the production will be remounted in June 2023. It was sung by soprano Denus Velez and tenor Martin Luther Clark, with Lee III once again serving as conductor. 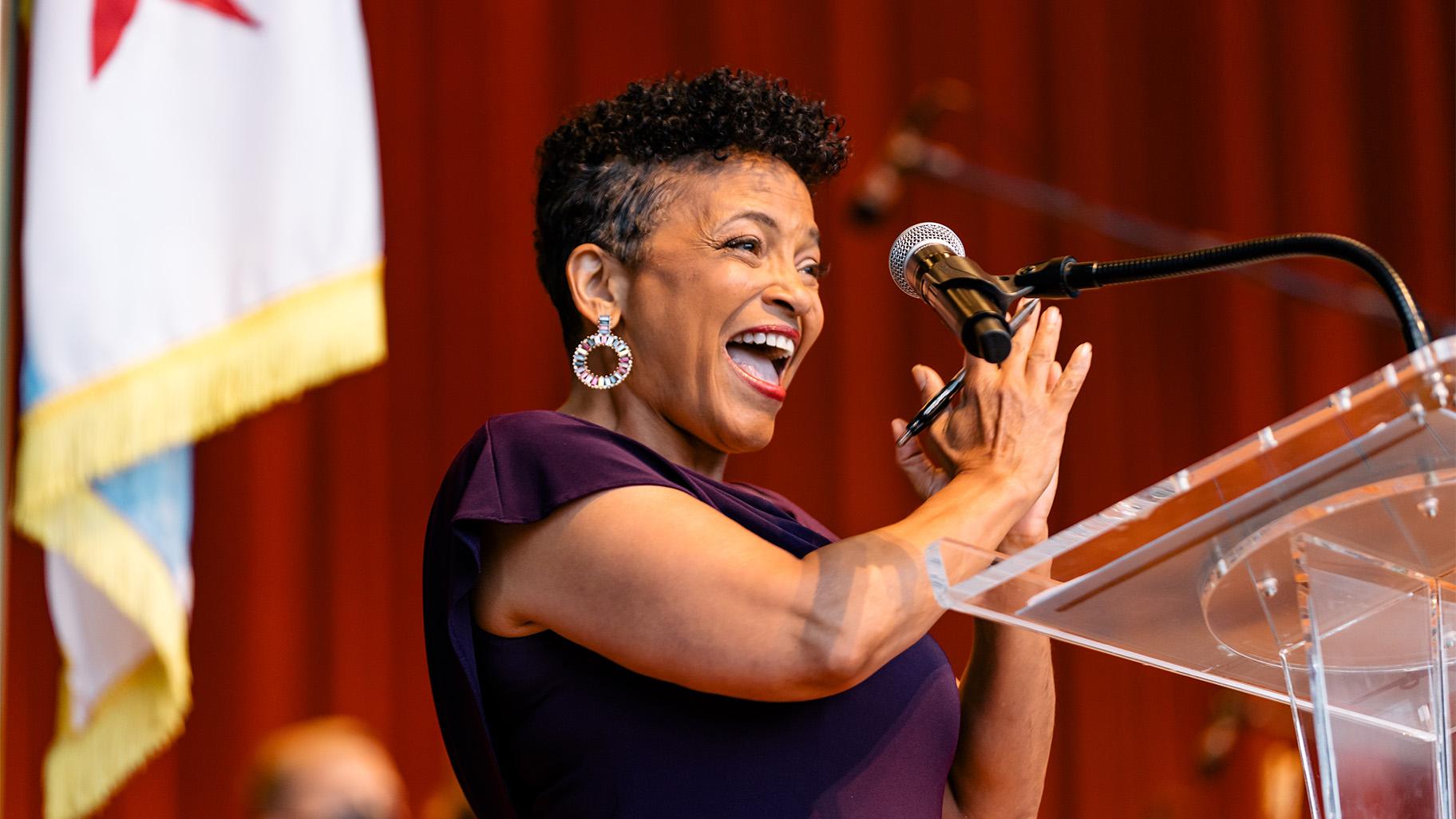 Finally, cheers to both LeeAnn Trotter of NBC5 Chicago, who served as the exuberant host of the evening and prefaced the concert with a lively rundown of the opera excerpts to be performed, and to the brass band that prefaced the evening with a spirited tribute to the armed forces of the U.S.