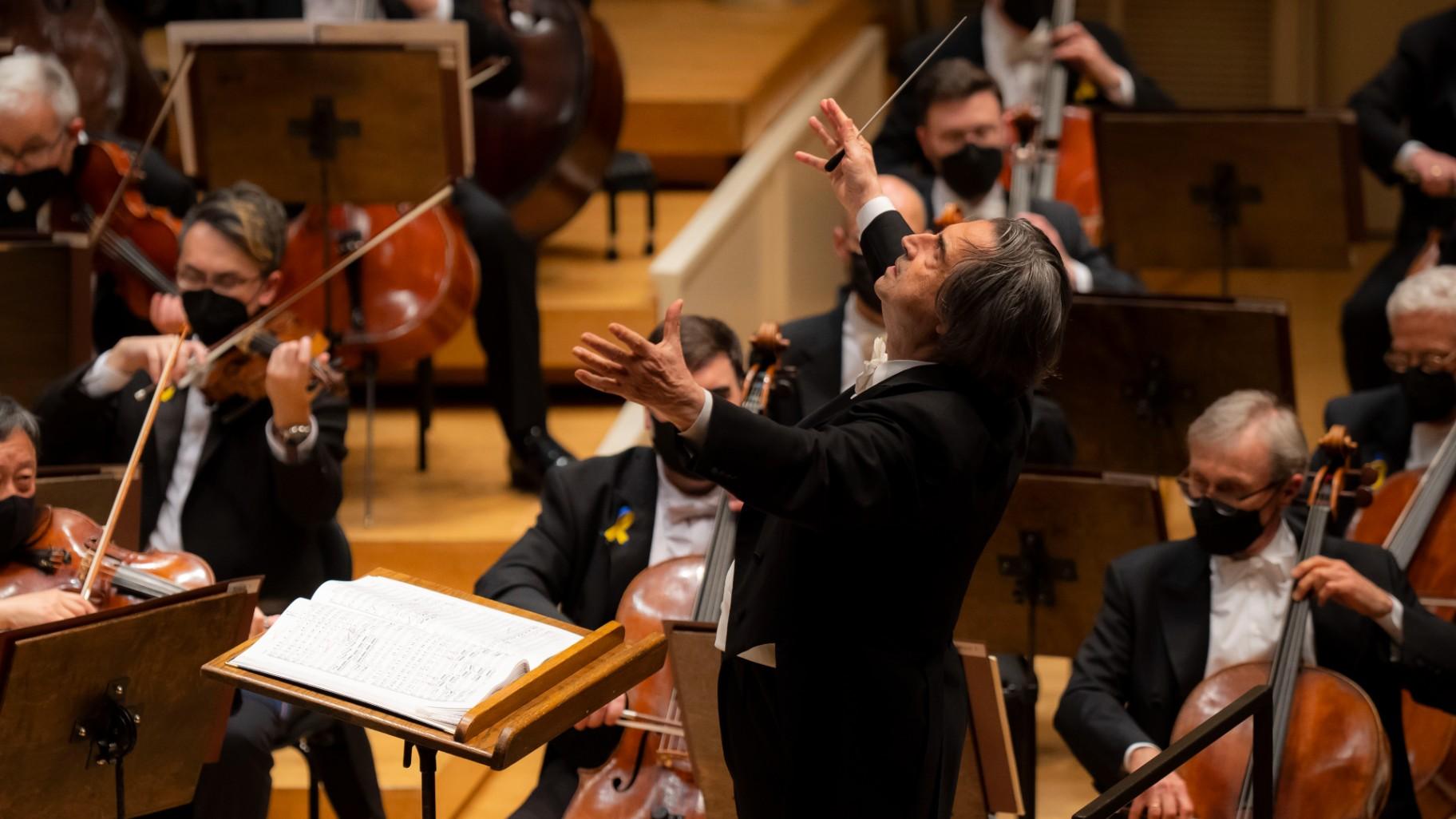 The world may be in a terrible state of upheaval at the moment, but two different concerts performed during the past week — both led by Maestro Muti and played brilliantly by the musicians of the Chicago Symphony Orchestra — were a potent reminder that music is an astonishingly powerful emotional balm.

The music of Beethoven is one of the greatest examples of this, and no matter how often you might hear one of his masterworks, each performance can reveal something new. But while two of his symphonies were an essential element in each of these concerts, it was the addition of the work of less familiar composers that made a crucial difference.

First, the program performed between April 28 and May 3, which soared on a stunning rendering of Beethoven’s “Symphony No. 6 in F Major (Pastoral),” along with a remarkable showcase of Bottesini’s “Double Bass Concerto No. 2 in B Minor” (played brilliantly by Alexander Hanna, the orchestra’s principal bass), and the world premiere of “Hymn for Everyone,” a brief but wonderfully engaging work by Montgomery.

“Hymn for Everyone” opened with the sound of chimes and quickly moved into a lyrical passage for strings, with a brief use of percussion and then a move into a lovely, dreamily introspective passage and the sound of the plucking of the low strings. A big surge of sound was beaten out on the timpani, and then came an almost funeral march and a hauntingly lovely blend of winds and strings, and then horns. An elegiac passage with a sort of heartbeat rhythm captured on timpani suggested the state of the world in this piece that was composed in 2021. And the chimes that opened the work also brought it to an end.

The Bottesini concerto (composed at some unknown moment in the mid to late 1800s) was totally new to me, and with its lyrical, dancing melodies for string orchestra it proved to be a true revelation. So was the exquisite performance by Hanna, whose honeyed sound on an instrument that rarely receives much attention (but invariably lends an essential warmth to everything the orchestra plays), finally had its moment.

Opening with a wonderfully lyrical, almost dancing passage the concerto then cedes to the gorgeous singing sound of the bass, both full of warmth and gently melodic. And the honeyed sound of Hanna’s solo turns suggested not just that he is in total command of the instrument, but that in Buttesoni he has tapped into a deep philosophical conversation. The strings open the second movement with a calm but interesting rhythm before Hanna provided a subtle counter voice with his distinctively golden tone. And the work’s final movement underscored the full temperament and expressive power of the bass — what might be described as the “wisdom” of the instrument that was revealed in this virtuosic showcase.

And then came the Beethoven — a bravura musical trip to the countryside that unspooled in what can best be described as five “scenes” as opposed to five “movements.”

The symphony begins with an “Awakening of Happy Feelings on Arriving in the Country,” with a glorious melody that goes straight to the heart and suggests, in fully musical terms, the delight that comes with the awakening of nature. The orchestra veritably sang with a sense of joy and delight that could sweep you away.

The “Scene By the Brook” ideally captured a sense of fluidity, with the quietly melodious horns adding to a sense of gentle undertow, and the winds supporting the wonder of it all. “A Merry Gathering of Country Folk” suggested the excitement of a village that joins for a wild circle of dancing — a joyful group frolic that escalates in intensity and approaches a kind of furious abandon. There was a sense of release after this exuberant scene, and then a “Thunderstorm,” and finally a grateful moment of peace. Magnificent. And Muti was clearly having a grand time overseeing the musical weather. 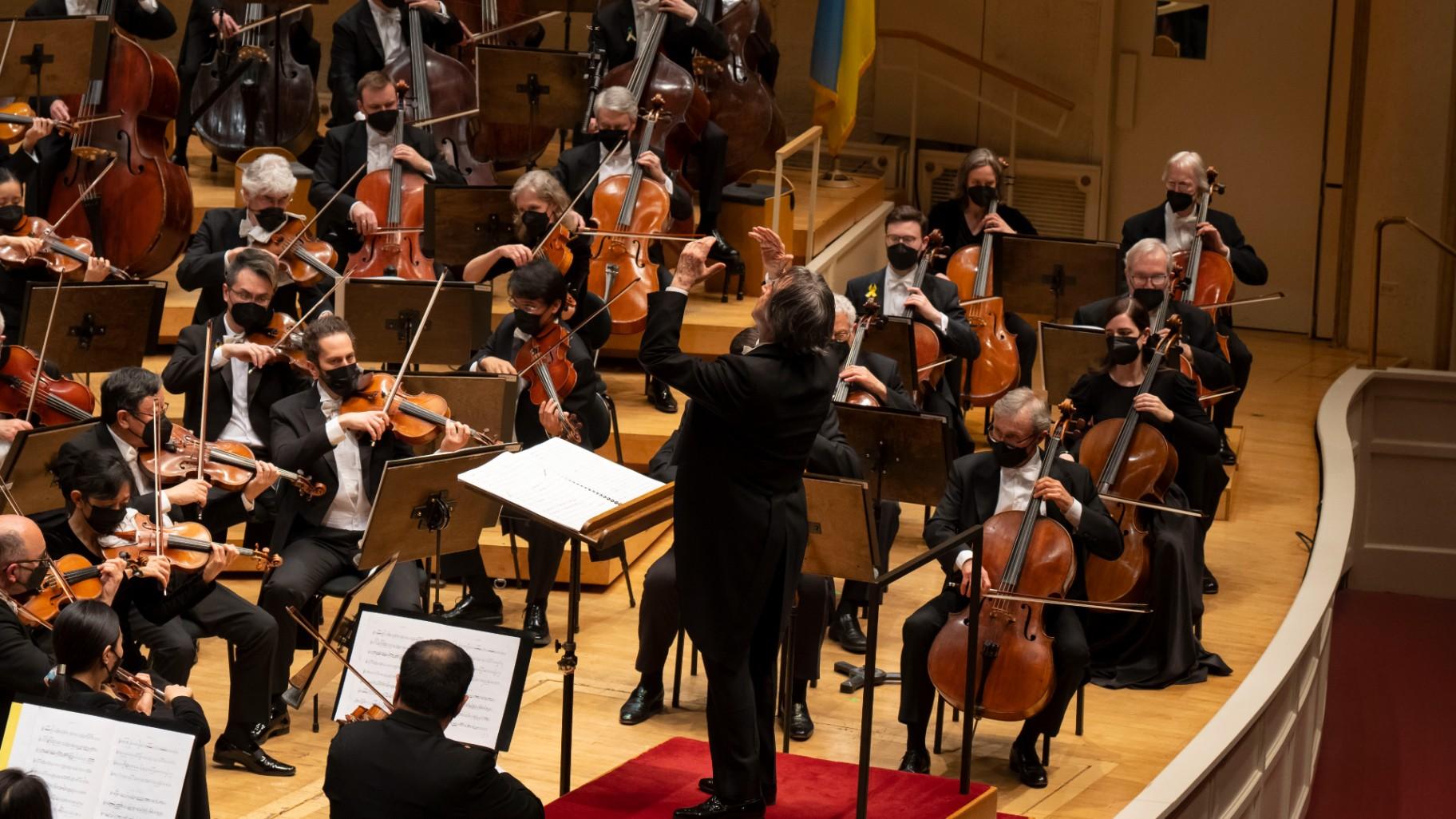 The final concert in the Maestro’s Spring residency (performed May 5-7), returned to Beethoven at the outset but then moved to mid-20th century works by William Grant Still and Florence Price, two African American composers who Muti would describe at the end of the program as “important but neglected,” and “neglected because human beings are many times stupid.” But, he added, the work of these composers “is now being played by the CSO with great joy and enthusiasm.”

The first of the two Beethoven works on this program was his “Overture to Egmont,” a tone poem rooted in a play by Goethe. Its opening chords were enough to set a tone at once tragic and mysterious as it built to the sound of the timpani and the vivid use of the strings, winds and horns. A notable back and forth between the sections of the orchestra led to an agitated but triumphal race to the end.

Next came the familiar “Symphony No. 4 in B-flat Major” that opens with a sustained hum and a bit of a sense of mystery, builds to a rousing chase with the sound of the winds, brass and strings and, once again, suggests how Beethoven uses the various sections of the orchestra to “talk” to each other. Then came a subtle change of mood — playful and beautiful — that exploded in a great burst sound.

The second movement opened with the strings in a lyrical mood that grew feverishly with the entrance of the winds and timpani. Then, as the strings sang with a beautiful melody and the violins were plucked gently, the flute returned, and there was a sense that Beethoven was speaking to himself before unleashing a great crescendo. The work’s third movement is more revved up by way of the sounds of the oboe and bassoon, and the shifting temperaments of the music culminated with a big bang on the timpani. A celebratory spirit dominated the fourth and final movement, and Muti and the orchestra clearly had fun heading off to the races for that finale.

Opening the second half of the concert was Still’s “Mother and Child,” a seven-minute work for string orchestra with a dreamily cinematic feel, and it came as no surprise to learn from program notes that he moved to Los Angeles in 1934 to work in the film industry.

But it was the CSO’s first performance of Price’s 1940 work, “Symphony No. 3 in C Minor,” that ultimately stole the show. A wonderful hybrid of classical riffs, pure Americana and the influence of Juba (the intensely rhythmic dance form with African roots that came to the South by way of enslaved people), it announced its arrival with the sound of French horns, additional brass and then the winds, strings and percussion. It, too, had an almost cinematic quality, and moved easily from a stormy vibe to a lyrical theme before growing into a beautiful celebratory section accented by the clash of cymbals, followed by a rapturous romantic riff and an unexpected boom.

The work's second movement opened with a delicate theme for winds and brass and then expanded to include the harp and celesta, with a lovely use of all sections of the orchestra. And then, in the third movement, it was on to the buoyant, jazzy dance music of Juba (with Muti all but dancing out the rhythm as the sound of castanets, wood blocks and more came into play). The symphony’s wonderfully theatrical final movement began and ended with great excitement and big blasts of percussion.

Price, who was born in Little Rock, Arkansas in 1887 and studied at the New England Conservatory of Music, spent most of her adult life (from 1927 until her death in 1953) in Chicago. And it was in 1933 that the CSO’s conductor, Frederick Stock, famously led the world premiere of her “Symphony in E Minor” in a program devoted to “The Negro in Music” that was part of The Century of Progress International Exposition. So in some way, this performance of her later “Symphony No. 3” marked another musical landmark.

This CSO concert came with one additional theatrical moment as Maestro Muti walked through the orchestra to single out Dennis Michel, who has played bassoon in the Orchestra for the past 35 years. These were the final performances Michel would play with Muti before retiring from the CSO later this season.

Muti will return to the podium in June. Meanwhile, coming up this week (May 12-14) will be a CSO concert led by Julian Rachlin, the Lithuanian-born conductor, violinist and violist. He will be joined by Associate Concertmaster Stephanie Jeong in a performance of Mozart’s “Sinfonia concertante,” part of a program that also will include Mozart’s “Symphony No. 6,” Beethoven’s overture to “The Creatures of Prometheus,” and Tchaikovsky’s “Souvenir d’un lieu cher.”