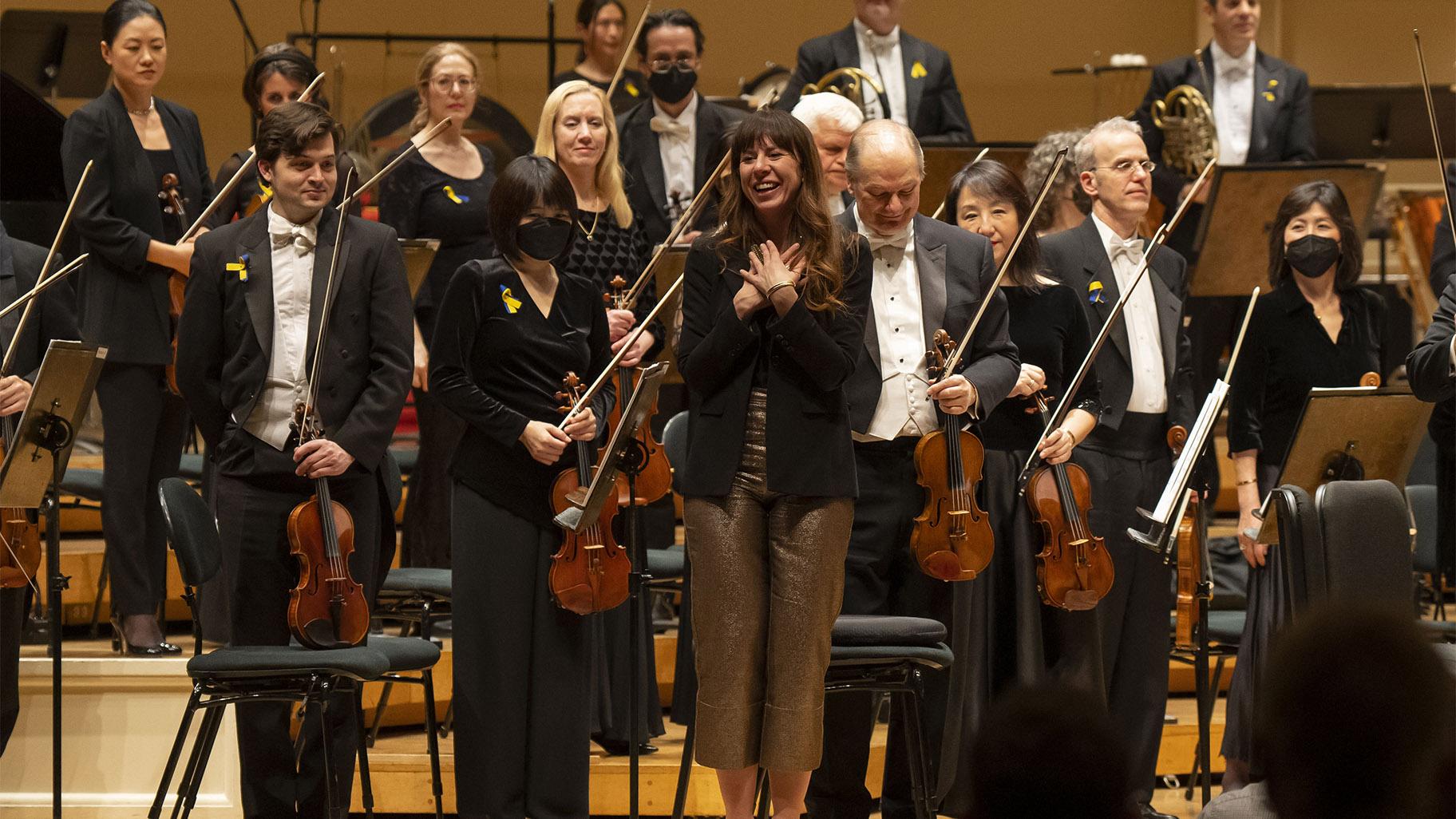 Maestro Riccardo Muti and the musicians of the Chicago Symphony Orchestra had their work cut out for them Thursday evening in a concert that featured three very different and extremely challenging works that, as always, showcased the brilliance of both the composers and their interpreters. And the juxtaposition of these works: the world premiere of Missy Mazzoli’s fascinating “Orpheus Undone,” Gustav Mahler’s exquisitely poetic art songs, “Ruckert-Lieder,” and Anton Bruckner’s “Symphony No. 2” in C Minor” only enhanced their impact.

Mazzoli’s work was composed in 2019 while she was the CSO’s Mead Composer-in-Residence, but its premiere was postponed until now because of the pandemic. The continually sonically surprising 15-minute piece reflects what Mazzoli is quoted as saying grew out of her “interest in portraying aspects of a loss, of grief or joy, that are complicated.” It is designed to capture two moments in a mythic tale: the death of Orpheus’ love, Eurydice, and his decision to follow her into the underworld. But that widely interpreted myth aside, the work could easily stand on its own for its compelling mood shifts and instrumentation. It is a work well worth waiting for, with a rhythmic power that might also make it an ideal score for a ballet.

From the opening clatter of woodblocks and other instruments (with percussionist Cynthia Yeh in top form, as always), and its alluring synchrony with the strings (including the vivid plucking by the bass players), Mazzoli deftly generates wonderfully different moods in her use of the complex interaction of harp, piano, winds and brass. And Muti and his musicians winningly finessed the seamless hybrid nature of this seductive classical-meets-modern work.

Next up was Mahler’s hauntingly beautiful setting of five heart wrenching poems about the many aspects of love, written by the German poet Friedrich Ruckert, and performed by Elina Garanca, the Latvian-born mezzo-soprano making her CSO debut. 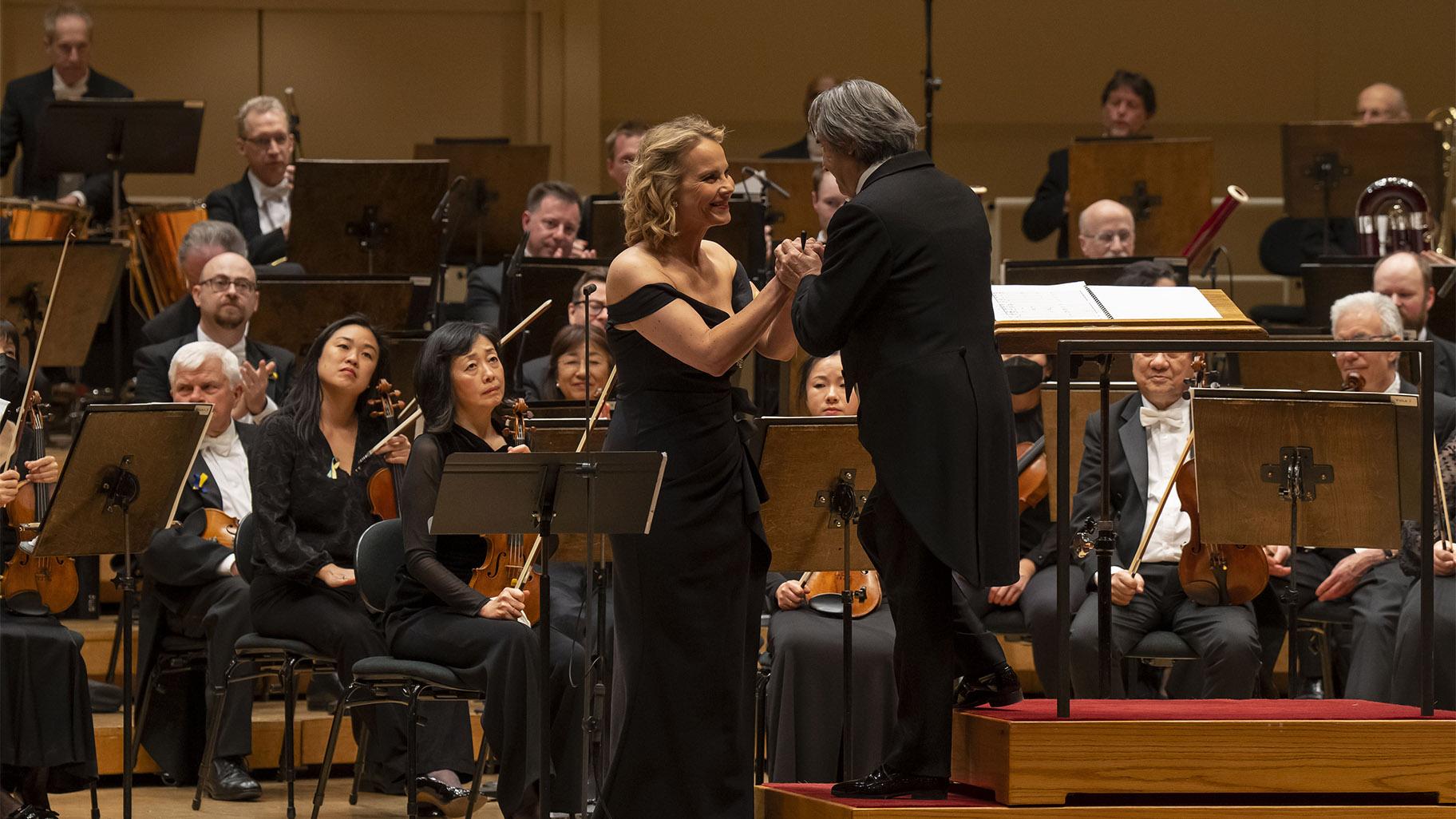 Ruckert’s painfully confessional poetry is direct and often devastating, and Garanca sang Mahler’s settings with an understated urgency, directness and passion that steered clear of exaggeration. She used her mellow voice to capture the songs’ shifts from dreaminess, to mournfulness, to resignation and pain. And she subtly captured a sense of the poems’ intimacy, just as the strings brought a muted beauty to the words “I am lost to the world,” and the flute and clarinet signaled the death of love. When it all came to an end, Muti’s balletic lifting of his arms into the air, a position he held for just a few moments in hushed silence, was perfection.

The concert’s second half was devoted to Bruckner’s symphony, performed in the 1877 “revised version” being used by Muti. I confess that Bruckner has never been a personal favorite, but I began to rethink that when conductor Herbert Blomstadt led the CSO in the composer’s “Symphony No. 4” in early March. And Muti’s richly galvanizing approach to the composer’s “Symphony No. 2” sealed the deal.

A true musical conversion took hold, from the pounding of the timpani by David Herbert, to the singing quality of the winds, to the honeyed sound of the horns, to the plucking of the violins, and from a lyrical dance theme to unpredictable violent storms. The sudden shifts of mood were at once unexpected, exciting and ideally connected. All in all, a true awakening.

More of this story

This concert will be repeated Tuesday at 7:30 p.m.

Next up with Muti and the CSO (on April 7, 8, 9 and 12) will be Richard Strauss’ “Symphonic Interlude No. 2” from “Intermezzo,” Robert Schumann’s “Symphony No. 4,” and Benjamin Britten’s “Piano Concerto,” with soloist Leif Ove Andsnes.