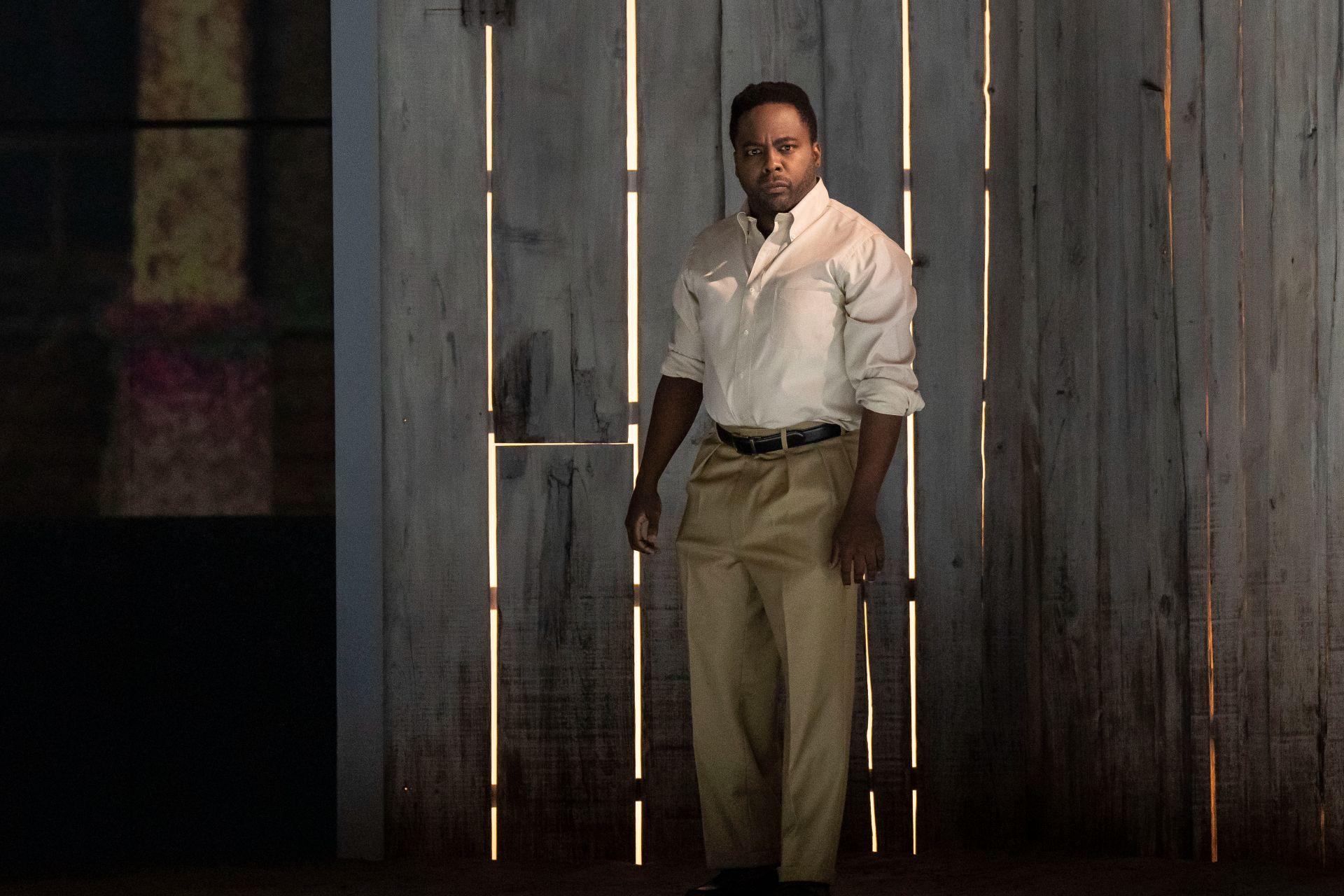 Will Liverman in “Fire Shut Up In My Bones.” (Photo by Todd Rosenberg)

“Fire Shut Up In My Bones,” which received its first performance by Lyric Opera on Thursday evening, is based on the 2014 memoir penned by New York Times columnist Charles M. Blow. The title of the opera, like that of Blow’s book, is drawn directly from the biblical story of Jeremiah, the severely persecuted “weeping prophet” known for his tender heart. But it is a deeply personal and contemporary story.

Blow, now 51, is a Black man with profoundly painful and twisted roots that took him years to untangle. He grew up in a backwater town in Louisiana, the youngest of five brothers in a poor family, with a mother who yearned to be a teacher but had to work in a chicken processing plant, and a father who spent much of his time going after other women.

The baby of the family, “Char’es-Baby,” as he is called, is described as “a child of peculiar grace,” suggesting an innate sensitivity and a craving for affection and intimacy. But at the age of 7 he was sexually violated by an older male cousin - an experience that left him emotionally scarred for much of his life as he struggled to prove his manhood, and to come to terms with his sexuality and his painful sense of loneliness.

Along the way there is a reckoning with everything from the Baptist church in which he failed to find salvation, to a brutal initiation ceremony into a college fraternity that he somehow found the strength to endure, and to a brief but crushing love affair with a woman to whom he confides his childhood secret and shame only to be abandoned. And at one point, determined to wreak vengeance on the most hated perpetrator of his suffering, he even embarks on a visit back home, with a plan to kill the man who left such a profound scar on his life. 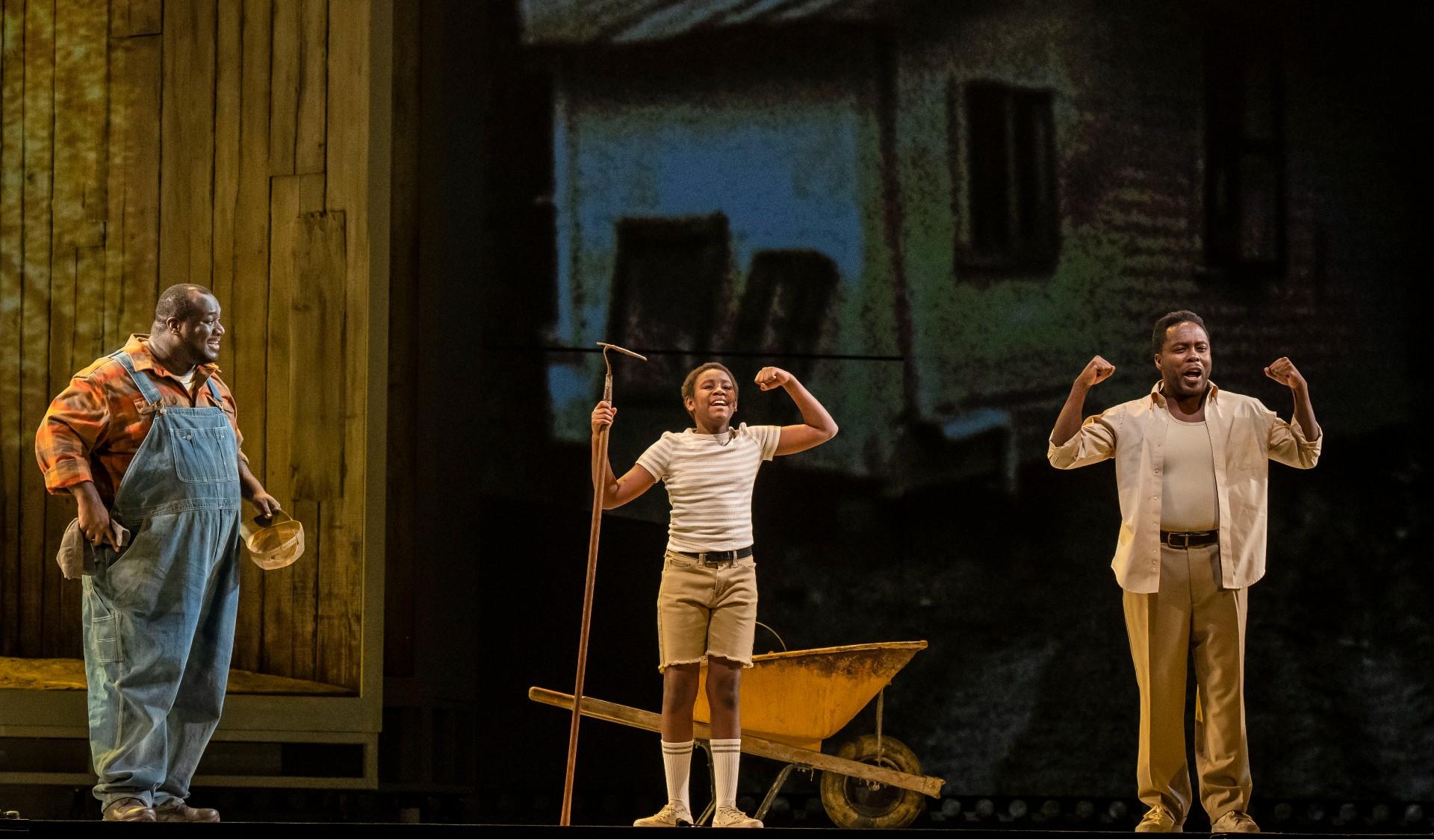 Reginald Smith Jr., Benjamin Preacely Will Liverman in “Fire Shut Up In My Bones.” (Photo by Todd Rosenberg)

The three-hour, three-act opera (first produced in 2018 at Opera Theatre of Saint Louis, and now remounted with a number of cast members reprising their roles from the work’s Metropolitan Opera production this past fall), features a score by the Grammy-winning trumpet player and composer Terence Blanchard that is a complex hybrid of classical, jazz and gospel music, with a libretto by Kasi Lemmons that shifts back and forth (at times erratically) in its use of regional dialect and self-probing poetic riffs. It is structured as a vivid memoir, with the adult Charles (Will Liverman, a formidable baritone and fine actor), seen as something of a distant spectator of his childhood life in the first act, and then fully moving into his adolescence and college days for the second and third acts. Benjamin Preacely, an exceptionally gifted fifth-grader, dominates the first act as the traumatized innocent.

And then there are the two notable women in Charles’ life (aside from his mother). Soprano Brittany Renee plays the semi-mythic female figures of Destiny and Loneliness, the driving forces in his existence, as well as Greta, the woman who might even have become his wife, but who quickly claims she has another lover after he trusts her enough to reveal his painful childhood secret for the very first time. Earlier on there also a brief encounter in a park with the lovely Evelyn (soprano Emily Mwila). And then Charles wins a full scholarship to a local state college where he survives a vicious fraternity hazing along with several other boys. 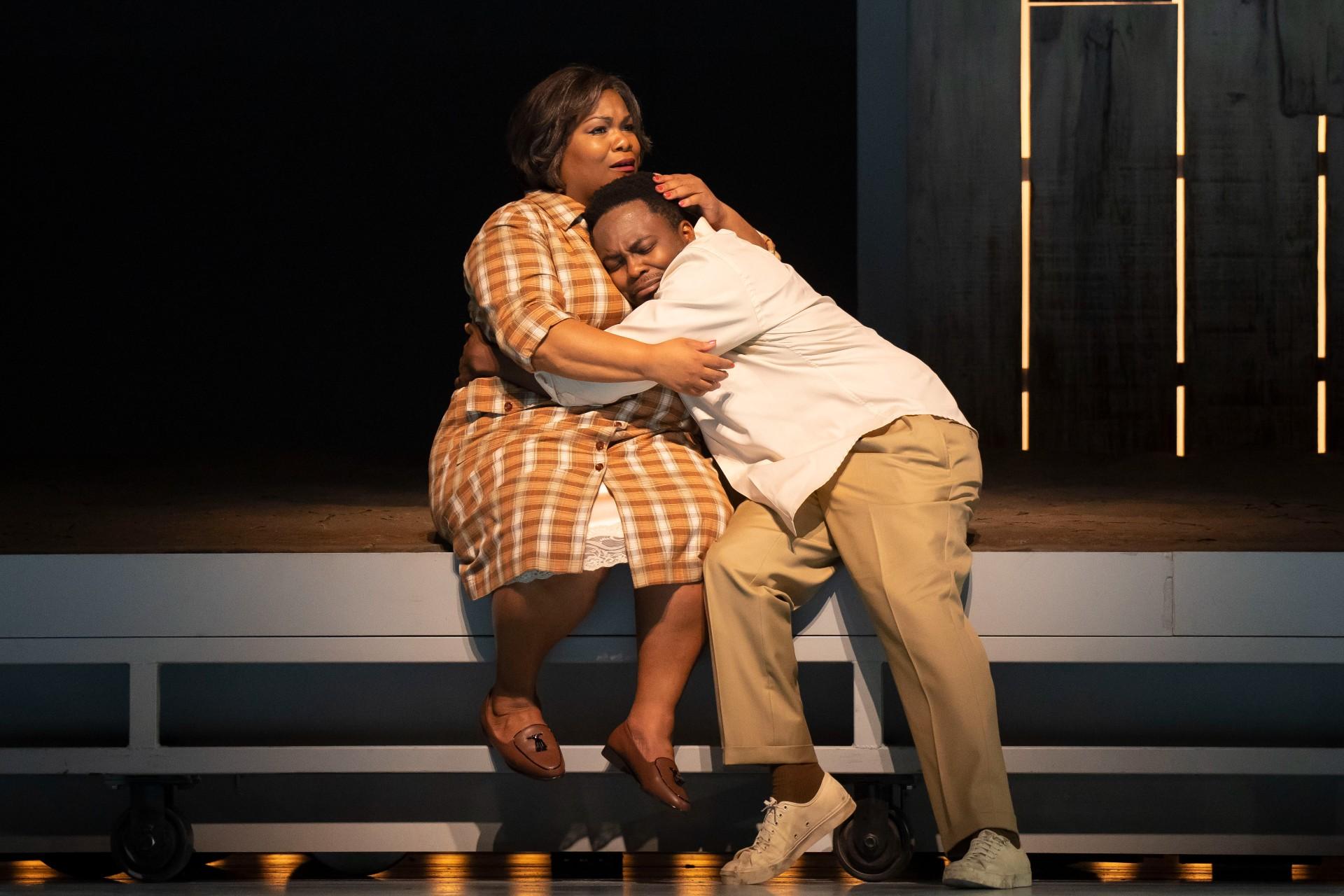 Latonia Moore and Will Liverman in “Fire Shut Up In My Bones.” (Photo by Todd Rosenberg)

The opera’s co-directors - James Robinson and Camille A. Brown - keep the many elements of the story moving smoothly on Allen Moyer’s set of movable cubes (with lighting by Christopher Akerlind). But it is Brown, who also created the production’s original choreography (“revived” here by Jay Staten) who sets the stage on fire with a sensational ensemble of 12 male dancers who variously haunt Charles with a swirling sexual exorcism, animate the brutal ritual fraternity initiation and carry off a bravura step-dance routine at a basketball game.

As always, the Lyric orchestra, seamlessly conducted by Daniela Candillari, was in top form as it finessed this complex, multi-faceted score.

Blow, as well as the creators and other artists involved in the production, were on hand to take bows for this intensely personal story set against a decidedly modern American backdrop.

Additional performances of “Fire Shut Up in My Bones” are Sunday, March 27 and Tuesday, March 29 and April 2, 6 and 8.