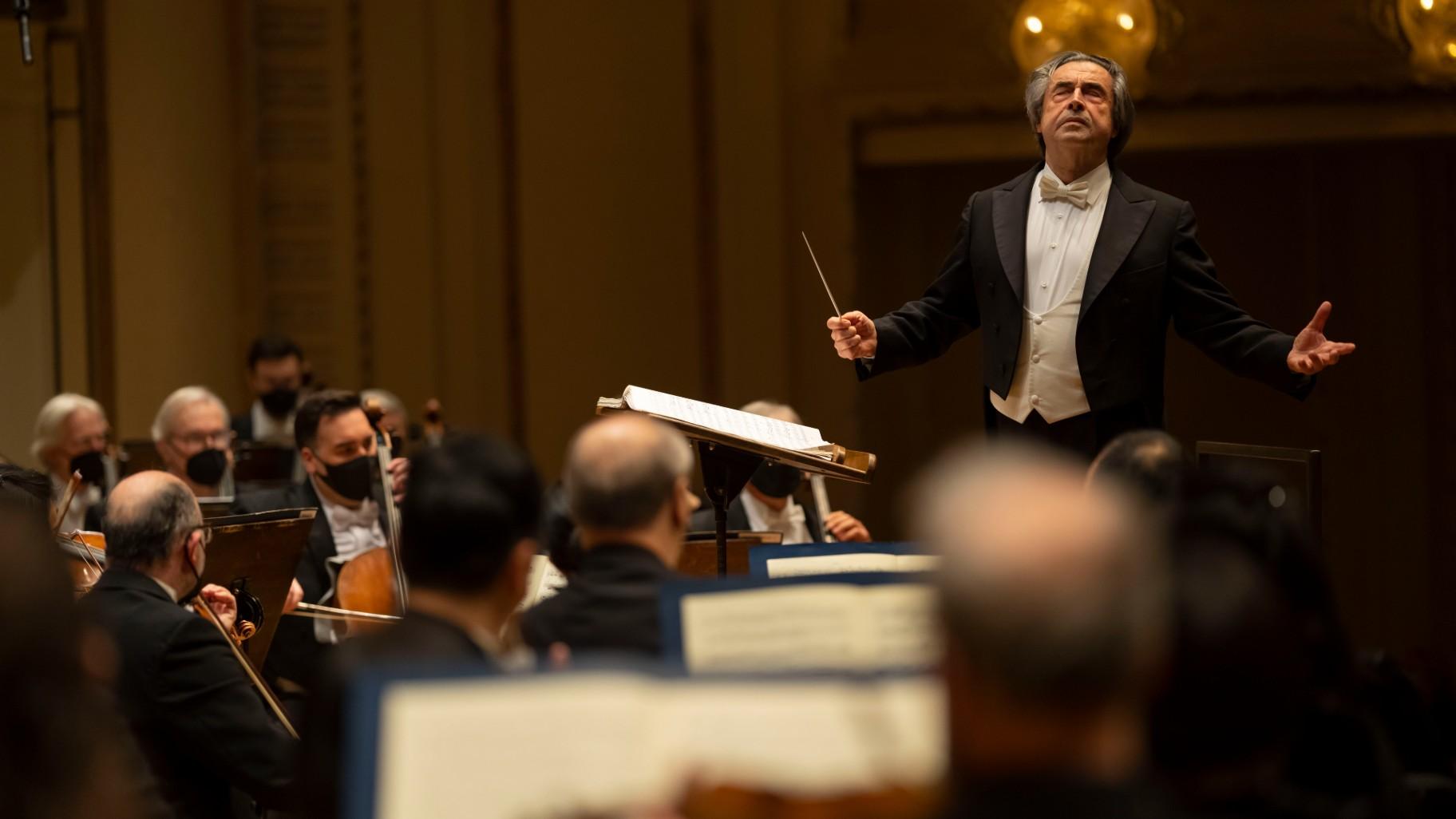 This week’s performances by the Chicago Symphony Orchestra and Chorus of Beethoven’s monumental “Symphony No. 9 in D Minor” were planned long before the current catastrophic events now taking place in Ukraine that put the wider world in a state of upheaval. But there could be no more fitting work to capture both the agony and the desperate hope that are part of this upheaval.

And the bravura rendering of this masterwork was, indeed, a temporary balm for the soul and evidence of how great works of art speak to us throughout time.

As Maestro Riccardo Muti noted when he spoke from the stage Thursday evening (I attended the Friday performance for which there was a massive audience in the 2,500-seat house): “We make music that means joy and peace. But we cannot play this symphony dedicated to joy and brotherhood without thinking of the people of Ukraine.” And he went on to say that in the “Ode to Joy,” the final movement of Beethoven's work that uses the text of Friedrich Schiller’s impassioned, life-affirming poem, “we will think in that moment that joy without peace cannot exist.”

Premiered in Vienna in 1824 – just three years before his death, and years after he became totally deaf – this Ninth Symphony begins with the subtlest sense of quietude and then builds to a great declamation driven by the horns and winds, with a forceful crescendo hanging in the air. There is an urgency to this opening movement that shifts seamlessly from the lyrical to the stormy, with the low strings plucked to grand effect, and a great boom on timpani to bring things to a dramatic end.

The second movement, which opens with an anxious sound from the horns, moves into the symphony’s grandly familiar theme, full of heat and beauty, and with subtle warnings of something to come. Gorgeous melodies and rhythms are at play as the music moves from a galloping fury into an almost singing passage that builds to great intensity, and then makes a sudden shift to lightness and a rapturous riff on the clarinet. A great crescendo suggests a sense of forging forward despite barriers, and it all comes to a brief but momentous end.

The third movement begins in a gently solemn mood with the strings, joined by the horns, playing a plaintive, calming melody – a  kind of musical salve that suggests peace.

The fourth and final movement marks a dramatic symphonic innovation by Beethoven with the introduction of human voices. In this case, the voices come from the massive CSO Chorus along with four soloists including soprano Janai Brugger, mezzo-soprano Jennifer Johnson Cano, tenor Issachah Savage and bass Tareq Nazmi.

The triumphal sound of the orchestra unites with the human breath of the singers in a spirit-raising celebration of formidable power – music that seems to be driven into a grand fury by an acknowledgement of the need for peace, and the sensation of sheer joy. 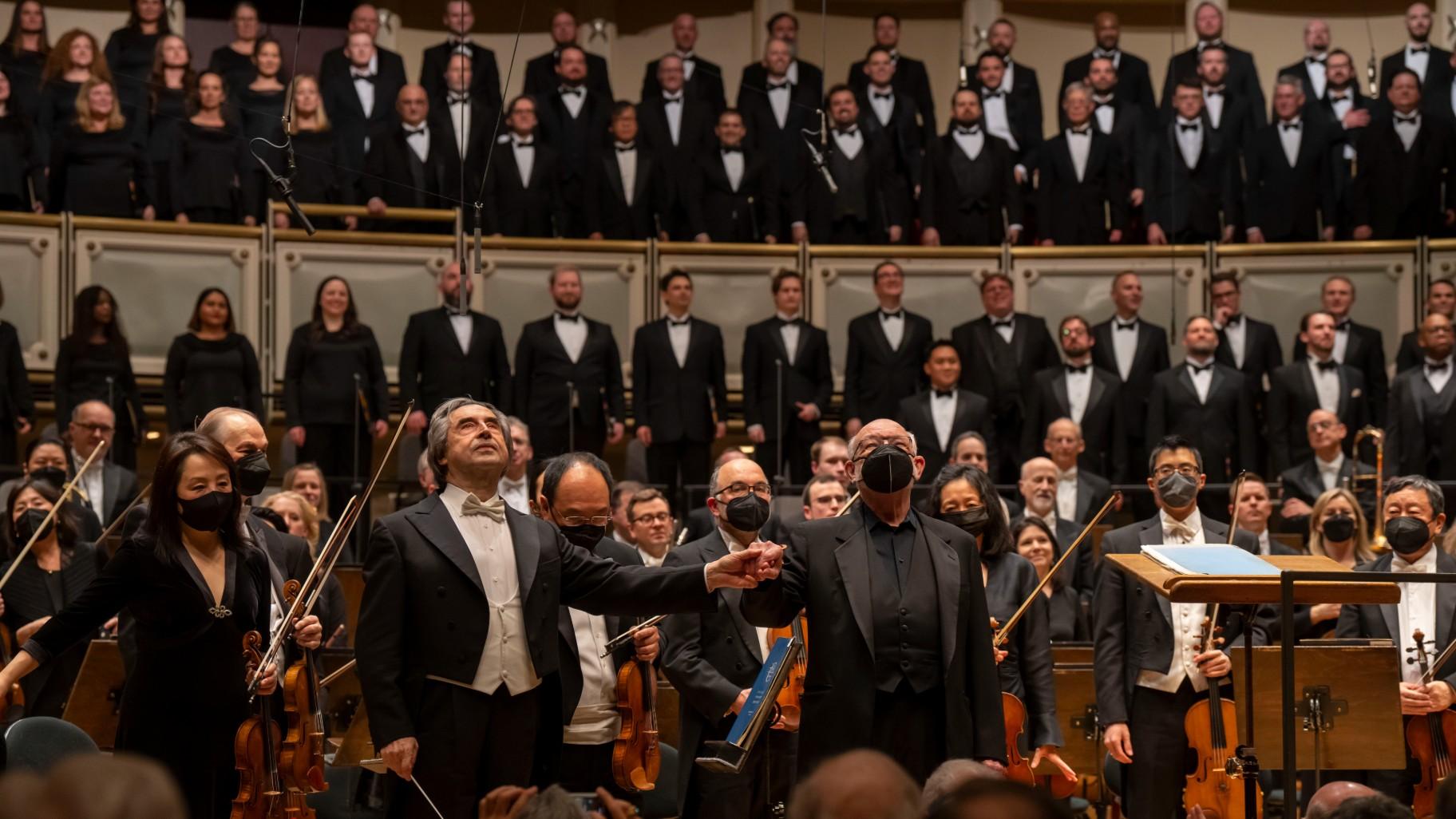 Joining Muti and the musicians for a grand ovation was Duain Wolfe, director and conductor of the CSO Chorus for the past 28 seasons. Wolfe has announced his retirement, and at Sunday’s performance Muti was set to present him with the Theodore Thomas Medallion, the CSO’s award for distinguished artist service.

Note: This was Maestro Muti’s last performance with the CSO until March 31 when he returns to conduct the CSO in a program of Bruckner’s “Symphony No. 2,” Mahler’s “Ruckert Lieder” (sung by mezzo-soprano Elina Garanca), and the world premiere of former Mead Composer-in-Residence Missy Mazzoli’s “Orpheus Undone.”