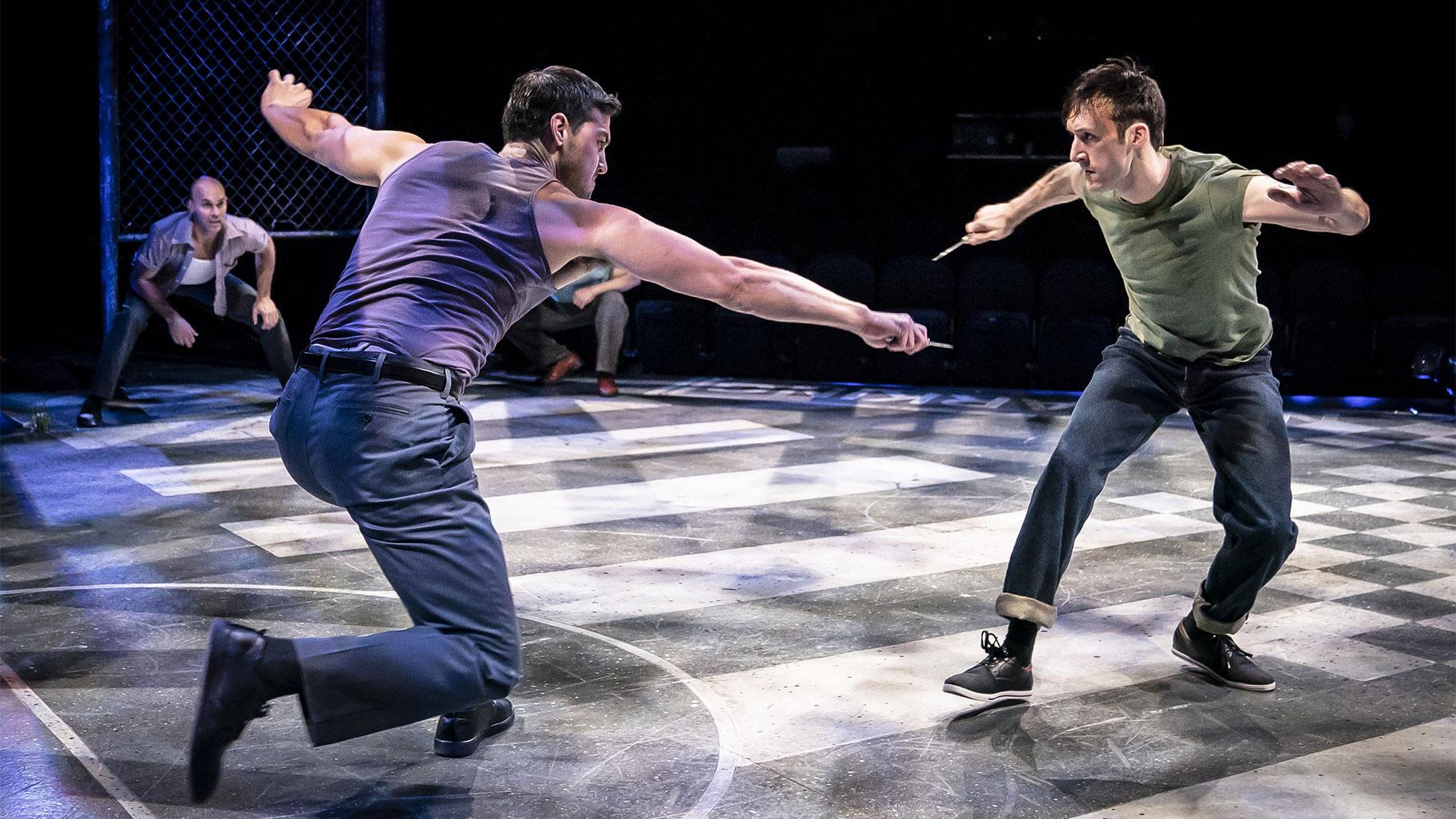 The impulse to “update” classic musicals has become endemic and has proven to be a largely misguided effort.

So the Marriott Theatre’s decision to remain faithful to “West Side Story,” which opened Wednesday night in a production especially notable for its rip-roaring Latin and jazz-infused dance sequences choreographed by Alex Sanchez, was a great relief.

This year marks the 65th anniversary of the show’s Broadway debut. It remains a work of pure genius created by composer Leonard Bernstein, lyricist Stephen Sondheim (just 26 at the time), and Arthur Laurents. Laurents devised the book as a mid-1950s, on-the-streets-of-New York twist on “Romeo and Juliet,” with white and Puerto Rican gangs engaged in a turf war that destroys young lovers. Then there was the fabulously innovative direction and choreography by Jerome Robbins.

Now it has arrived on the Marriott’s in-the-round stage in the wake of Stephen Spielberg’s new film version of the musical (which I’ve avoided seeing, simply because the 1961 original left such an indelible imprint), Sondheim’s recent death, and the ghastly revision of another classic Broadway musical that made a touring stop in Chicago last month, and whose title I shall not name here.

There is an aura of both the operatic and the balletic in “West Side Story,” and while the Marriott’s in-the-round stage might not have quite the grandeur of a proscenium theater, director Victor Malana Maog makes use of its intimacy. So does set designer Jeffrey D. Kmiec, whose fire escape “balcony” is just right, and whose four chain-link fence panels define each of the stage’s four corners which are cleverly used as escape hatches in the show’s essential “rumble” scene. 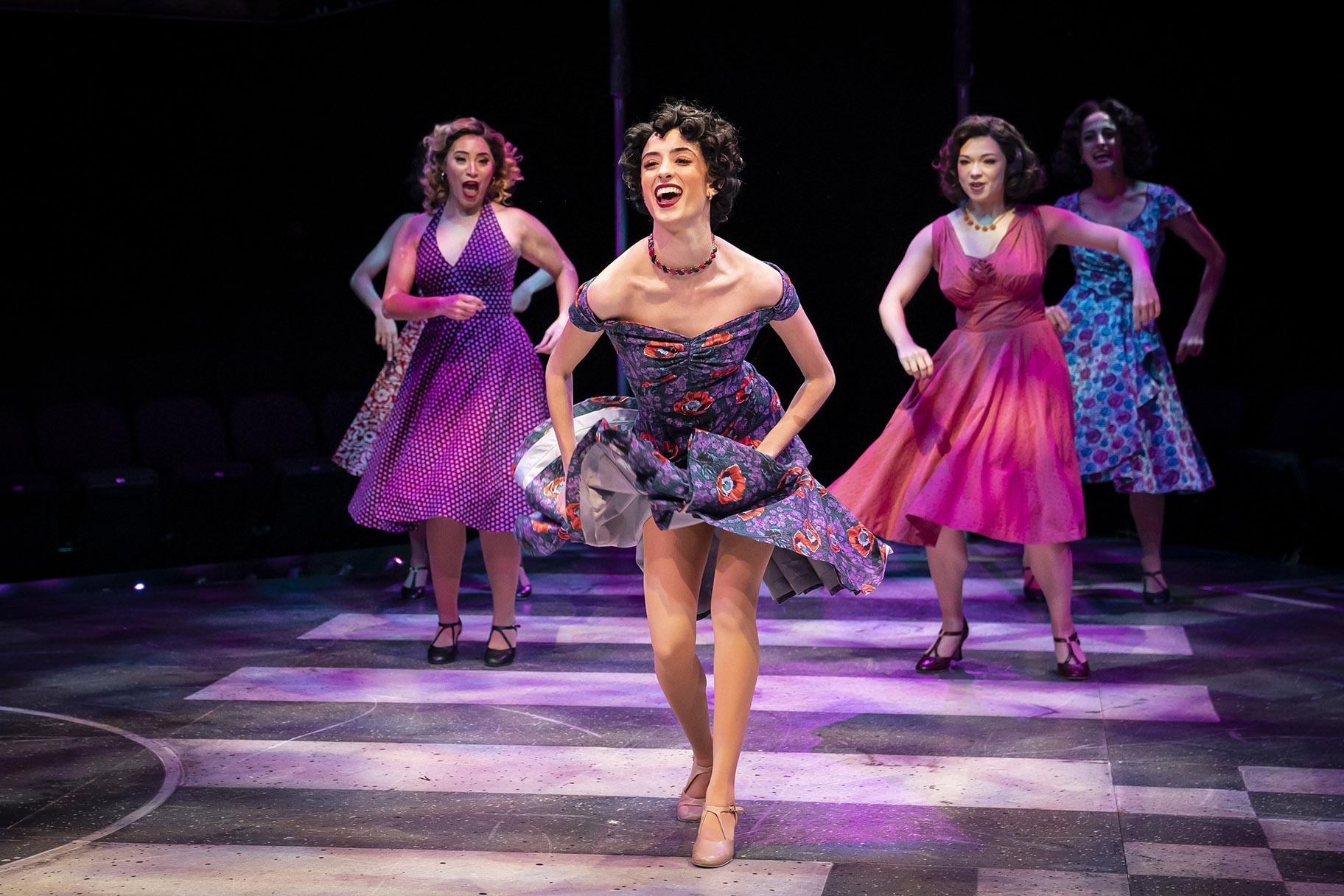 When the cast breaks into the stunning dance sequences devised by Sanchez — who also created the exhilarating choreography for Marriott’s previous production, “Kiss Me, Kate,” and is responsible for the musical staging of the Broadway-bound “Paradise Square” — the stage almost seems to expand. And this is the case whether it’s with the macho “Jet Song,” or the knockout riff on the mambo frenzy in the “Dance at the Gym,” or the Puerto Rican girls trading barbs and salsa spiciness in “America,” or the deadly gang fight between the Jets and the Sharks, or the Jets’ acrobatic mocking of the legal and social welfare system in “Gee, Officer Krupkee.”

The Bernstein-Sondheim score with its finger-snapping arrogance, feverish young love songs, ethnic tensions, Latin rhythms, and dreaminess, playfulness and tragic undertow remains as powerful, exhilarating and timely as ever. And the score was played to perfection by a nine-piece orchestra led by Patti Garwood, Marriott’s ever superb conductor.

Then, of course, there is the cast, with several of the principals, and a good number of others, making impressive Marriott debuts.

Lauren Maria Medina’s wonderfully natural portrayal of Maria, a Puerto Rican girl on the brink of womanhood, is richly enhanced by the great emotional intensity of her beautiful octave-spanning voice. And the sense of wonder and heat she brings to her character’s first-love passion is feverishly real. As Tony, the guy who has outgrown the Jets but can’t quite abandon them, Jake David Smith uses his rich, warm voice and authenticity to fine effect, especially in his rendering of “Something’s Coming.” And the pair’s youthful excitement and passion are fully palpable when Medina and Smith join for both “Tonight” and “Somewhere.” 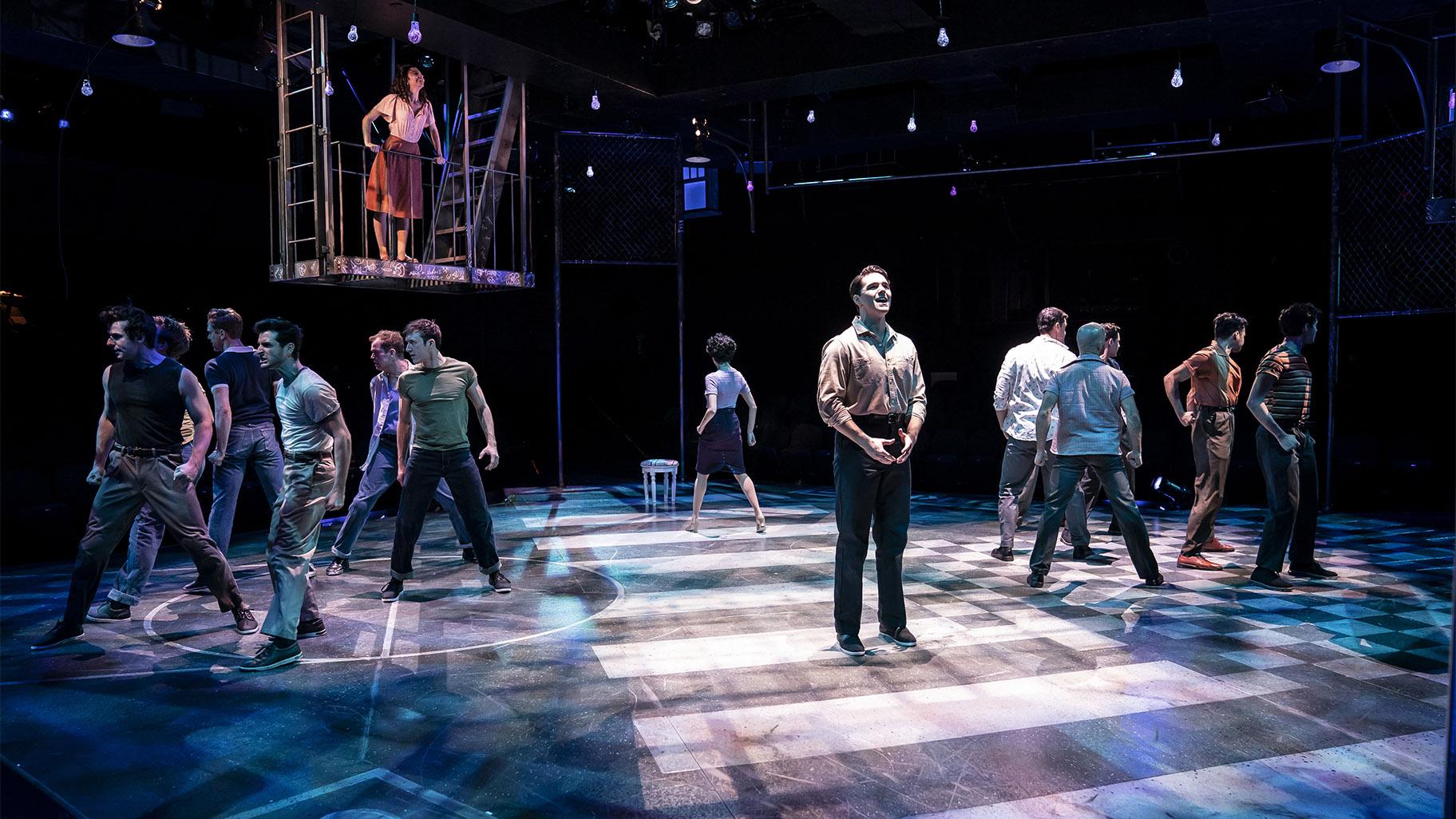 And then there is Vanessa Aurora Sierra as Anita, a more experienced woman who works in a bridal shop with Maria, and is the girlfriend of Maria’s brother, Bernardo (Gary Cooper). A petite powerhouse with a firecracker vibe, Sierra dances up a storm at every turn, giving a notably blistering performance when, in the tragic turn of events that unfolds in Doc’s Drugstore, the local hangout for the gangs, she is sexually attacked by the Jets.

Three veteran Chicago actors also turn in top-notch performances with Matt DeCaro as Doc, the voice of reason and experience; Lance Baker as Lt. Schrank, the racist police officer; and Bret Tuomi as Officer Krupke, who is so comically mocked by the Jets. Also with many Chicago credits is Marisa Fee, a tiny woman of great impact who is terrific as both Anybodys, the boyish girl who desperately wants to be accepted by the Jets, and who later does a total about-face as a superbly lyrical and very feminine dancer.

The men playing the Jets and the Sharks dance and sing with a realistic streetwise rawness. And their various girlfriends put a high polish and swagger on every step and song. Music director Ryan T. Nelson assures that each song is expertly polished. (The sound design for the show’s spoken passages could use greater clarity.)

And yes, this musical is very much the creation of a specific time and place. But by staying true to those crucially defining elements it also speaks loudly, clearly and poignantly to this moment in American society, just as Shakespeare’s “Romeo and Juliet,” the foundational key to the show’s power and innate brilliance, continues to do.