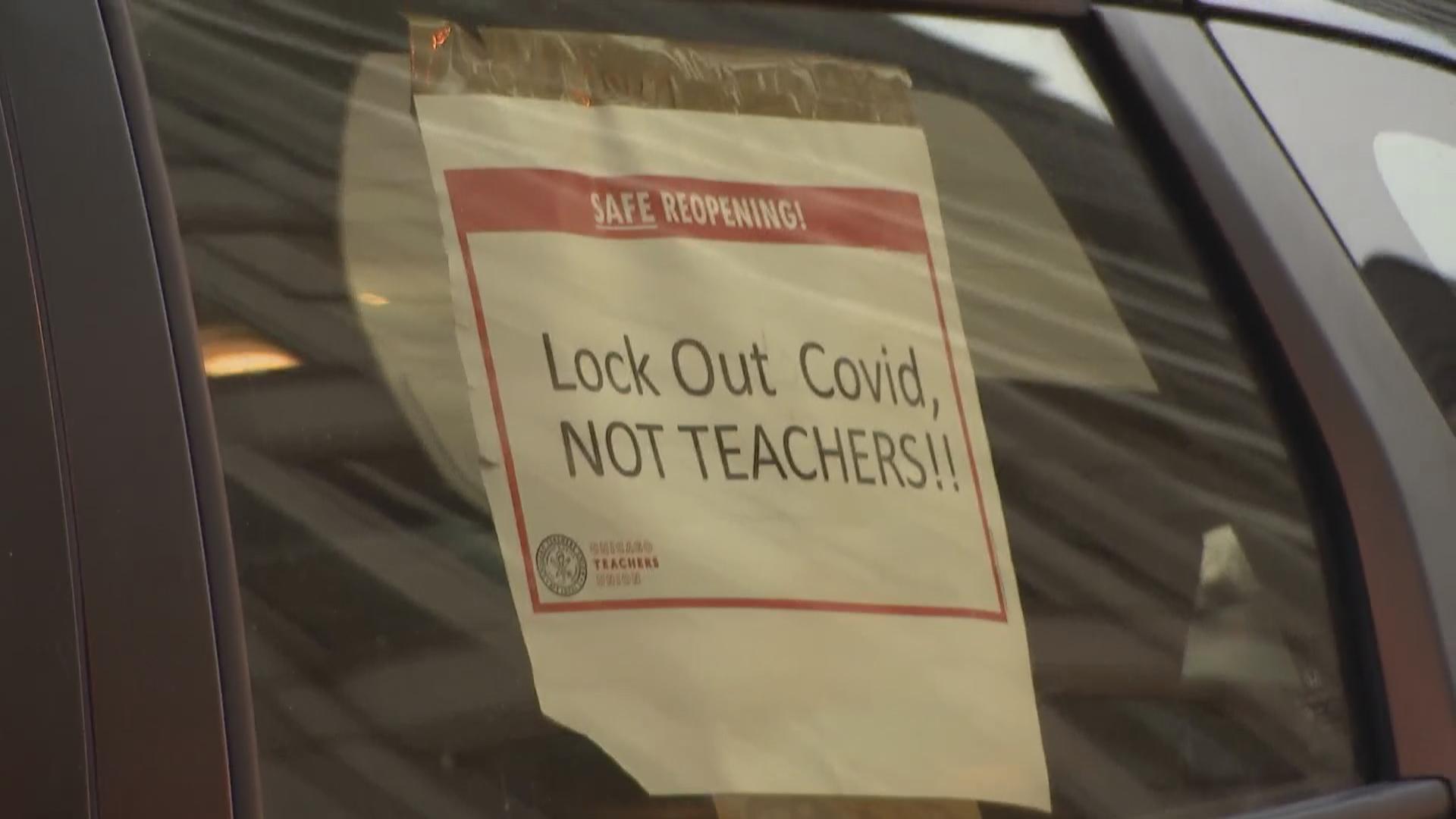 A group of Chicago Public Schools parents are suing the Chicago Teachers Union, seeking an immediate return to in-person learning after classes have been repeatedly canceled this week during the union’s COVID-19 standoff with the city.

Seven CPS parents filed a lawsuit against the CTU on Friday, which also marked the third consecutive day without classes during a union labor action that has seen its 25,000 members working remotely until the city agrees to stricter health and safety protocols.

In the lawsuit, which was filed in Cook County Chancery Court, the parents claim the union’s action is actually an “illegal strike” — language that’s also been used by Mayor Lori Lightfoot. They want a judge to immediately order teachers to return to their schools and resume in-person learning.

“CTU’s resolution calling members to not show up for work in-person is a strike regardless of what CTU calls it and violates both the collective bargaining agreement with CPS and Illinois law,” Jeffrey Schwab, an attorney with the Liberty Justice Center, which filed the suit, said in a statement. “CTU cannot unilaterally decide what actions should be taken to keep public schools safe, completely silencing parents’ input about what is best for the health, safety, and well-being of their children.”

Rank-and-file CTU members on Tuesday voted in favor of the labor action, claiming CPS has not done enough to protect students and staff inside schools from surging COVID-19 cases, driven largely by the omicron variant.

Indeed, Chicago Department of Public Health data shows that as of Thursday, the city is currently averaging more than 5,000 new COVID-19 cases per day, the highest rate throughout the pandemic. The city is also seeing an average of 104 people hospitalized with COVID-19 per day, the most since last winter.

The CTU has asked the district to increase regular testing, provide masks to all students and staff, increase the number of vaccinations provided at schools and require those who’ve had COVID-19 to get a negative test before returning to in-person work.

CPS and city leaders insist schools remain the safest place for students, as there are stricter precautions in place there than in other parts of the community. But according to the political blog Capitol Fax, the district has not taken up an offer from the state for additional COVID-19 tests, masks and vaccine clinics.

District spokespersons did not immediately respond to a request for comment on that report.

Beyond the new lawsuit, nearly 3,000 parents had signed an online petition by Friday afternoon demanding a return to the classroom.

“The latest decision by the Chicago Teachers Union (CTU) to not report to work is a step in the wrong direction that defies the opinions of public health leaders and puts our kids’ safety and health back at risk,” the petition on Change.org states.

Lightfoot herself has similarly threatened taking legal action against the union, as the city this week filed an unfair labor practices complaint against the CTU with the Illinois Educational Labor Relations Board seeking a cease-and-desist order to end the labor action.

The union has also filed its own complaint with the board against the city, claiming its members have been locked out of their remote workspaces since their labor action began.

A union spokesperson did not respond to a request for comment on the lawsuit Friday afternoon.

Negotiations between the CTU and the city remain ongoing Friday, though some schools are already telling parents to expect classes to once again be canceled Monday.

Lightfoot said she hopes “we are going to get a deal struck here in the next day or so” during an interview Friday on MSNBC. She didn’t provide more detail about the ongoing talks between the Chicago Teachers Union and the district.