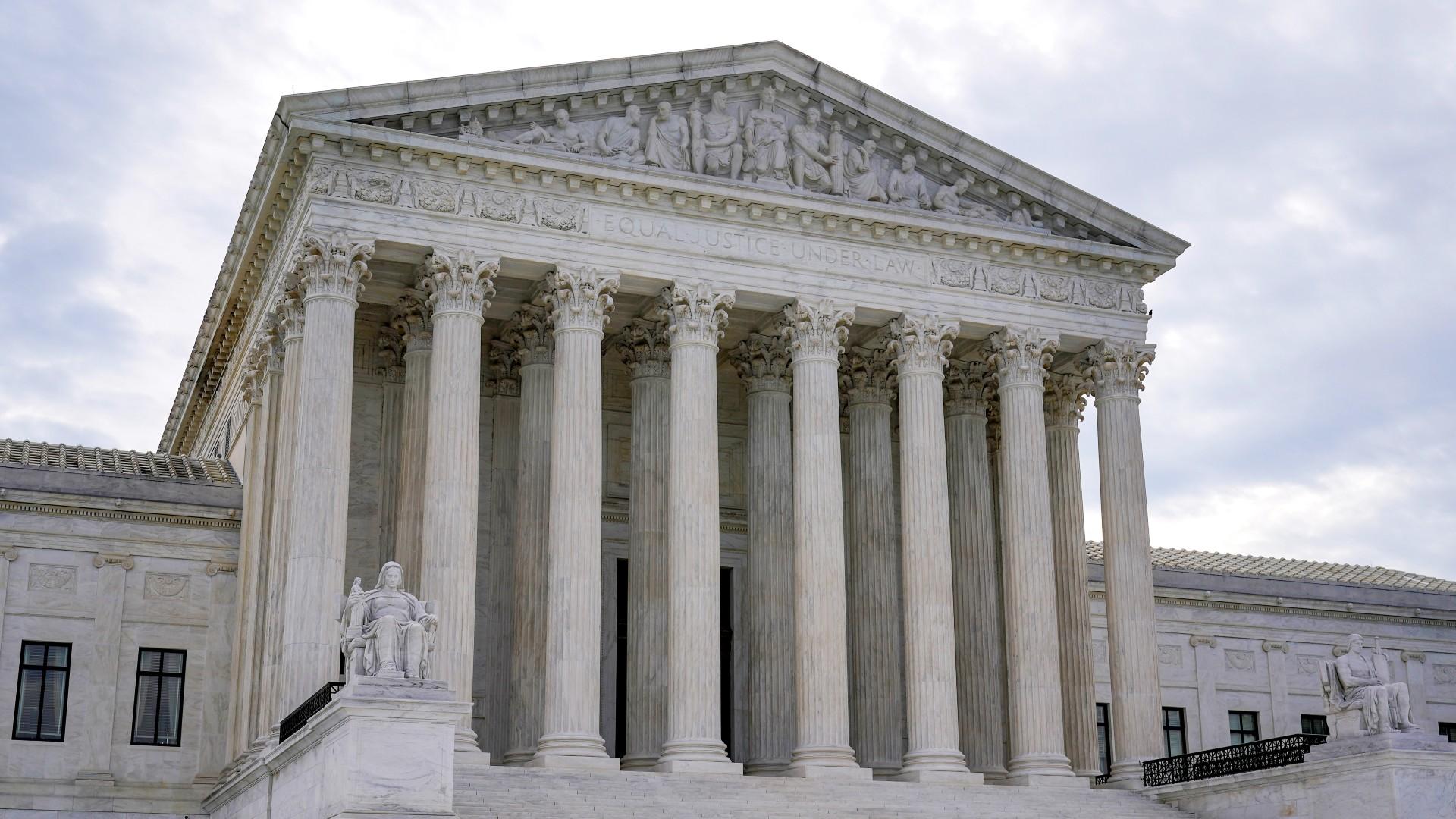 The Supreme Court on Friday left in place Texas’ ban on most abortions, offering only a glimmer of daylight for clinics in the state to challenge the nation’s most restrictive abortion law.

The decision, little more than a week after the court signaled it would roll back abortion rights and possibly overturn its landmark Roe v. Wade decision, was greeted with dismay by abortion rights supporters but praise by opponents.

Five conservative justices, including three appointed by former President Donald Trump, formed a majority to limit who can be sued by the clinics, a result that both sides said probably will prevent federal courts from effectively blocking the law.

Texas licensing officials may be sued, but not state court judges, court clerks or state Attorney General Ken Paxton, the court ruled. That seems to leave people free, under the unusual structure of the Texas law, to sue abortion clinics and anyone else who “aids or abets” an abortion performed after cardiac activity is detected in an embryo, around six weeks and before some women know they’re pregnant.

“The Supreme Court has essentially greenlit Texas’s cynical scheme and prevented federal courts from blocking an unconstitutional law,” the Center for Reproductive Rights, which represents the Texas clinics, said on Twitter.

The court acted more than a month after hearing arguments over the law, which makes no exceptions for rape or incest.

The law has been in place for about three months, since Sept. 1. The Supreme Court’s Roe v. Wade ruling that legalized abortion nationwide has stood since 1973.

President Joe Biden voiced concern over the high court decision to keep the Texas law in effect and restated his support for legislation that has cleared the House of Representatives and would codify in federal law the abortion right now at risk.

“We have more work to do, but I will always stand with women to protect and defend their long-recognized, constitutional right under Roe v. Wade,” Biden said in a statement.

Justice Neil Gorsuch, who has consistently voted against abortion rights, did not mention Roe in his main opinion for the court Friday. Gorsuch is one of the Trump appointees, along with Justices Brett Kavanaugh and Amy Coney Barrett.

Abortion providers will now attempt to run the same legal gantlet that has previously frustrated them. The federal judge who already has once blocked the law, known as S.B. 8, almost certainly will be asked to do so again. Then his decision would be reviewed by the 5th U.S. Circuit Court of Appeals, which has twice voted to allow enforcement of the abortion ban.

In any case, it all could return to the justices, and so far there have not been five votes on the nine-member court to put the law on hold while the legal fight plays out.

“The Court should have put an end to this madness months ago, before S. B. 8 first went into effect. It failed to do so then, and it fails again today,” Justice Sonia Sotomayor wrote in a separate opinion Friday.

The court’s conservative majority also seems likely to roll back abortion rights in a Mississippi case that was argued last week, although that decision is not expected until spring.

If Roe is overruled, the fight over the Texas law would be largely beside the point because Texas is one of 12 states with a trigger law that would ban abortion in a post-Roe world.

Friday’s high court ruling came a day after a state court judge in Texas ruled that the law’s enforcement, which rewards lawsuits against violators by awarding judgments of $10,000, is unconstitutional yet left the law in place.

Critics of the decision also said it would encourage other states to adopt copycat laws on abortion and allow for attacks on other constitutional rights.

The legal fight over the Texas law is focused on its unusual structure and whether it improperly limits how the law can be challenged in court. Texas lawmakers handed responsibility for enforcing the law to private citizens, rather than state officials.

The law authorizes lawsuits against clinics, doctors and others who perform or facilitate a banned abortion. The case raised a complex set of issues about who, if anyone, can sue over the law in federal court, the typical route for challenges to abortion restrictions. Indeed, federal courts routinely put a hold on similar laws, which rely on traditional enforcement by state and local authorities.

The Supreme Court voted Friday 8 to 1 in favor of allowing the clinics’ lawsuit against the ban to proceed, with only Justice Clarence Thomas voting the other way. But the court was sharply divided, 5-4, on the knotty issue of whom to target with a court order that ostensibly tries to block the law. The justices ruled that Texas licensing officials may be sued, but dismissed claims against state court judges, court clerks and the state attorney general.

Gorsuch wrote that abortion providers have to follow the same rules that apply to people asserting other constitutional rights. “The Court has consistently applied these requirements whether the challenged law in question is said to chill the free exercise of religion, the freedom of speech, the right to bear arms or any other right. The petitioners are not entitled to a special exemption,” Gorsuch wrote.

Chief Justice John Roberts and the three liberal justices dissented from that part of the decision in an opinion that said the purpose of the Texas law was “to nullify this court’s rulings” on abortion.

The same four justices were in dissent in September when the court declined to block the law once before.

“The nature of the federal right infringed does not matter; it is the role of the Supreme Court in our constitutional system that is at stake,” Roberts wrote.

Roberts called on U.S. District Judge Robert Pitman, whose earlier order blocking the law was overturned by the appeals court, to “enter appropriate relief without delay.”

Sotomayor also chastised her colleagues for their part in the “catastrophic consequences for women seeking to exercise their constitutional right to an abortion in Texas.” She said the court’s decision closed off the most direct route to challenging the law and would “clear the way” for other states to “reprise and perfect Texas’ scheme in the future to target the exercise of any right recognized by this court with which they disagree.”

Since it took effect in September, the law has imposed t he most restrictive abortion curbs in the nation since the Supreme Court first declared a woman’s right to an abortion in its 1973 Roe v. Wade decision.

In the Texas law’s first month, a study published by researchers at the University of Texas found, the number of abortions statewide fell by 50% compared with September 2020. The study was based on data from 19 of the state’s 24 abortion clinics, according to the Texas Policy Evaluation Project.

Some residents who left the state seeking abortions have had to travel well beyond neighboring states, where clinics cannot keep up with the increase in patients from Texas, according to a separate study by the Guttmacher Institute.

Following the court’s September vote, the Justice Department filed its own lawsuit over the Texas law. The justices on Friday dismissed that suit, which raised a separate set of thorny legal issues. 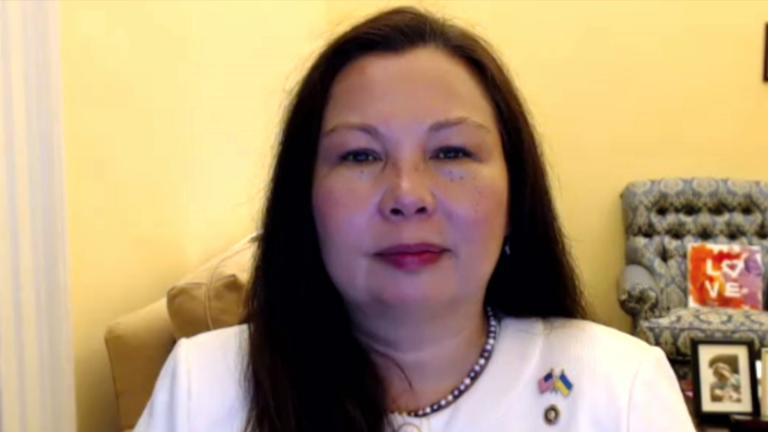