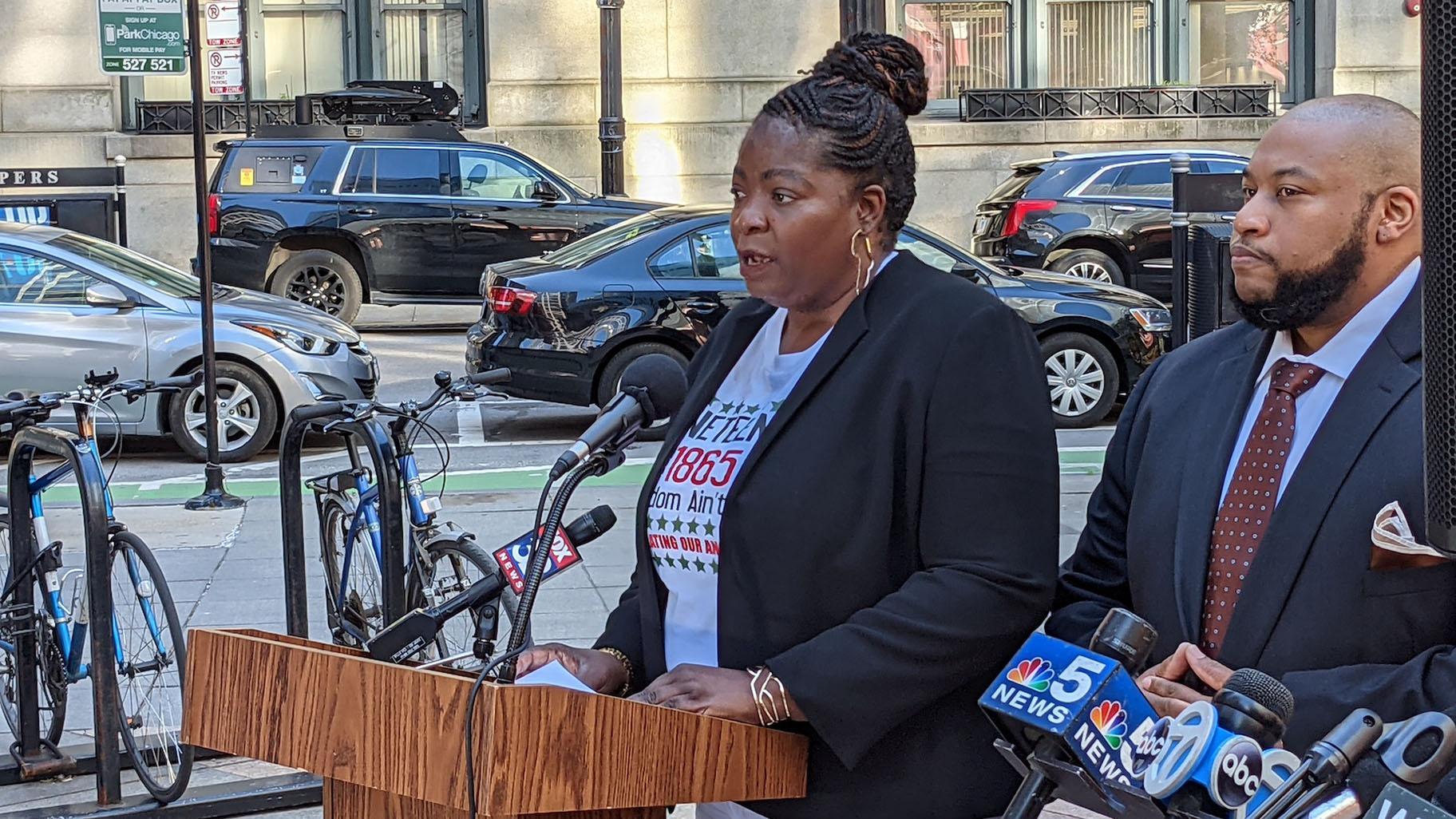 Members of the Chicago City Council will consider settling the lawsuit brought by Anjanette Young who was left handcuffed while naked and pleading for help during a botched police raid in February 2019, WTTW News has learned.

The agenda for the meeting of the City Council’s Finance Committee set for 10 a.m. Monday does not identify the amount the city would pay Young and her attorneys to resolve the case, an indication that a final agreement is close, but is not yet final, sources told WTTW News.

The payment to Young will be substantial, likely totaling millions of dollars, sources said.

A spokesperson for Keenan Saulter, Young’s attorney, did not respond to a request for comment from WTTW News.

The potential settlement comes nearly a year after CBS2-TV aired video of the raid that showed that Young had been left unclothed by a group of male officers looking for someone else, touching off a political firestorm.

In June, Young told reporters that she felt “betrayed” by the reluctance of attorneys representing the city to settle the case, months after Chicago Police Superintendent David Brown told members of the Chicago City Council in December 2020 that the officers who conducted the raid violated Young’s human rights.

Brown has moved to fire Sgt. Alex Wolinski, the officer who led the raid and ordered Young be handcuffed and ignored her pleas that they were in the wrong home.

A probe of the raid by the Civilian Office of Police Accountability detailed evidence that nearly a dozen officers committed nearly 100 acts of misconduct during the raid of Young’s home.

COPA’s probe was one of three investigations of what happened to Young during the botched raid.

Although she promised “complete transparency” about what happened to Young amid the outrage over the raid as the video blanketed the airwaves, Lightfoot has repeatedly refused to commit to releasing Ferguson’s report and told WTTW News it was inadequate.

Lightfoot did not “fully cooperate” with his probe, Ferguson said.

A separate probe by retired Judge Ann Claire Williams and the law firm Jones Day into the raid and the conduct of the mayor’s office, the city’s Law Department and the police department has been ongoing for nearly a year. There is no indication when that inquiry will be completed.

After the raid of Young’s home, the Chicago Police Department changed its policy for serving search warrants to add a requirement that bureau chiefs sign off on any no-knock warrants, and adds new steps before, during and after the execution of a search warrant, such as requiring officers to account for the possible presence of children or vulnerable parties and mandating a lieutenant or higher-ranking official is on the scene.

A measure backed by several alderpeople, including five Black female members of the City Council, includes an outright ban on no-knock warrants and requires officers to use “tactics that are the least intrusive to people’s home, property and person and least harmful to people’s physical and emotional health” while tracking warrants.