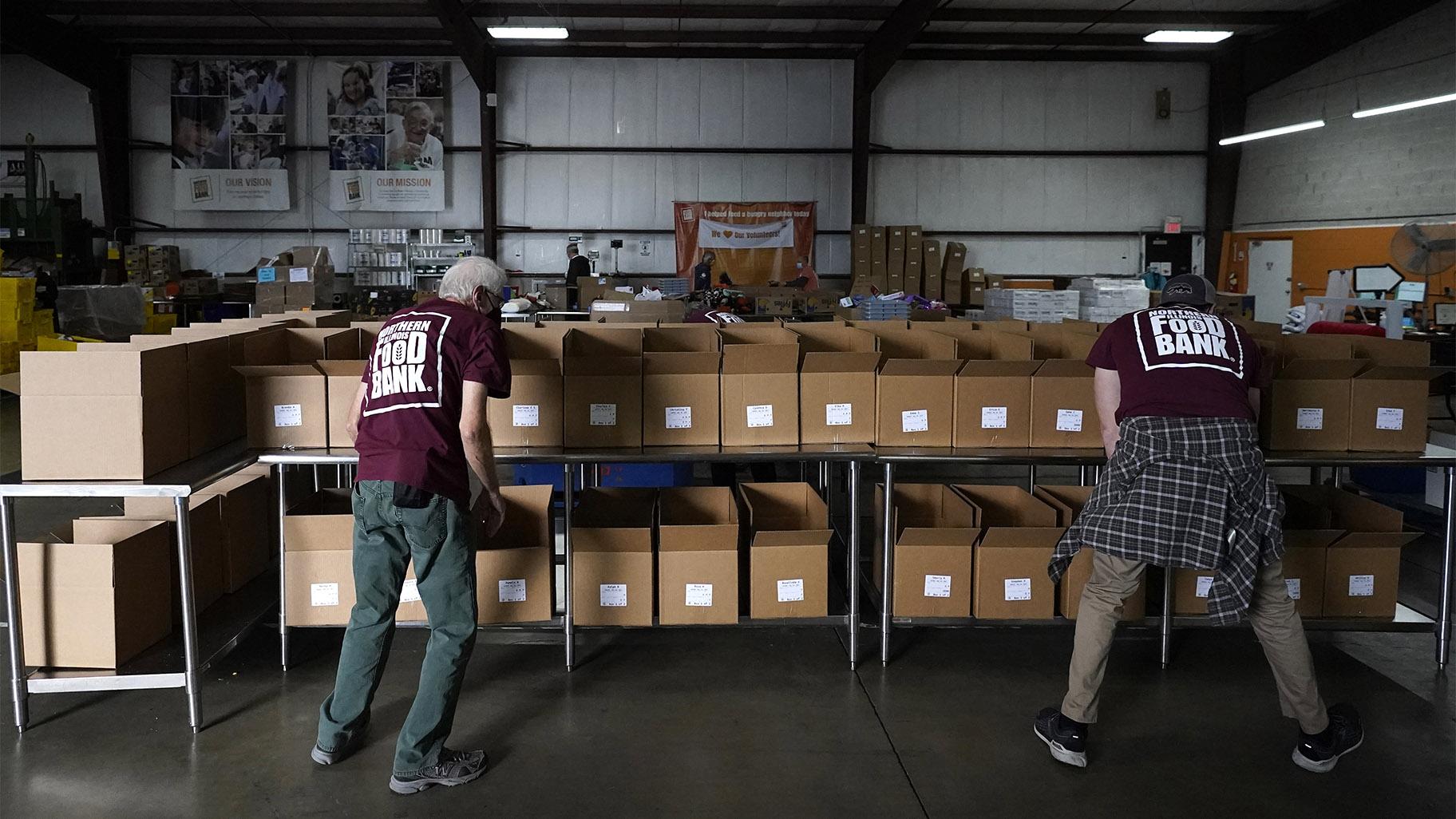 Volunteers Joe O'Connor, left, and Eric Leuck prepare boxes that will be filled with food at the Northern Illinois Food Bank and delivered by DoorDash drivers for area residents who are homebound Wednesday, Nov. 10, 2021, in Park City, Ill. (AP Photo / Charles Rex Arbogast)

In the early days of the COVID-19 pandemic, Goodell, CEO of the El Pasoans Fighting Hunger Food Bank, would look out the window at the long line of clients picking up the food available that day, while she and others answered calls from others who couldn’t travel to a distribution point.

“We were getting just horrible phone calls from our seniors, from people with disabilities, people who were COVID-positive and couldn’t leave their homes to get food,” Goodell said. “We were distributing food here at the site and other sites from about 6 a.m. till about 7 at night. Then, at the end of the day, the staff would pack up food and deliver it to people’s homes.”

So, earlier this year, when the food delivery service DoorDash approached the food bank, offering help, Goodell was elated by the support, and demand quickly ramped up. The program, in El Paso, Texas, now delivers 2,100 orders of food banks supplies each week, and there’s a waiting list to join.

It’s just the result that DoorDash had intended. By offering its delivery platform technology to food banks for free, DoorDash, like a growing number of companies, is providing something that many nonprofits say is even more valuable than cash — know-how.

Corporate donations of “non-cash” — which includes a company’s own products, services and technology — grew to 22% of all community investments in 2020, according to the Chief Executives for Corporate Purpose, a coalition of business leaders. Over the past five years, the coalition says, non-cash is the fastest-growing segment of corporate giving.

Corporations “know that they have unique ways to leverage some of their value,” said Kari Niedfeldt-Thomas, a managing director of the group.

During 2020, food banks distributed 6 billion meals in America. In 2021, they are serving about 55% more people than they did in 2020 before the pandemic, according to Feeding America. The increased demand is straining many food banks, a problem that is worsening as supply chain disruptions, diminished inventories and labor shortages magnify food costs.

“Food banks have really had to rise to the occasion with innovating and definitely changing the way that they’re engaging with their clients and the way that they’re distributing food,” said Brittany Graunke, DoorDash’s general manager of government and nonprofit. The company modified one of its existing programs, Project DASH, to help them out.

Project DASH had emerged in 2017 from an idea that originated with employees, who proposed it as a way to pick up excess food from restaurants and distribute it to community organizations.

Julie Yurko, Northern Illinois Food Bank’s CEO, said she recognized how DoorDash’s technology could enhance its programs. DoorDash brought its technological expertise and platform for last-mile delivery. Her food bank brought its online communication skills and the networks to connect people with the food they need.

“Just like that,” Yurko said, “the world changes for us.”

Previously, Northern Illinois Food Bank’s My Pantry Express program was unavailable to its homebound clients because someone had to go to a collection point to pick up the food. But with DoorDash’s technology, homebound clients can go to the My Pantry Express website and choose from the available food — including macaroni and cheese, cereals, potatoes and apples, on a recent day — just as shoppers do on Amazon Fresh or a local supermarket site and then schedule a time for delivery.

“There’s so much dignity in not just being able to say yes to what I want, but also to say no to what I don’t want,” Yurko said. “I can’t tell you how many neighbors say, ‘I don’t want anything I can’t use. There’s somebody else who needs it.’ “

At this point, DoorDash provides the technology as well as the delivery people.

“The only cost that we incur is the cost of running the program, which is what we do anyway,” Yurko said

That support is also making an impact nationally. DoorDash says Project DASH has made more than a million deliveries, the equivalent of about 21 million meals, in more than 900 cities across the United States and Canada..

Iskeisha Stuckey, executive coordinator for the Food Bank of Delaware, said she reached out to DoorDash after reading about its program and was pleasantly surprised when the company responded with help. Her food bank had managed to deliver to homebound clients only once a week. Project DASH enabled her to get food out to emergency cases.

“I was getting a lot of phone calls from people saying, ‘I need food today. I’m hungry today,’ “ Stuckey said. “Nobody should have to wait a week just to get food delivery.”

Stuckey was heartened by her ability to use the system to help an older woman who had called the food bank after returning home from spinal surgery. She was unable to go to the store and didn’t know how to use the Internet to order groceries to her home. Stuckey checked the woman’s address and found she was eligible for the food bank’s program.

“I was like, ‘We can get you delivery in about an hour’,” Stuckey said. “She was really excited. And she got her delivery.” 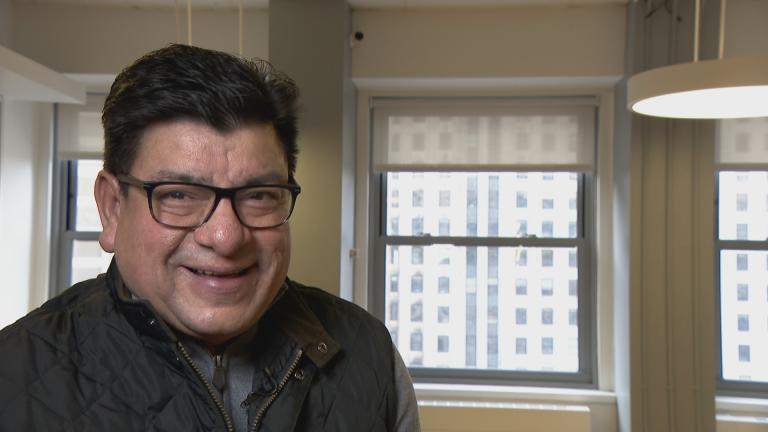