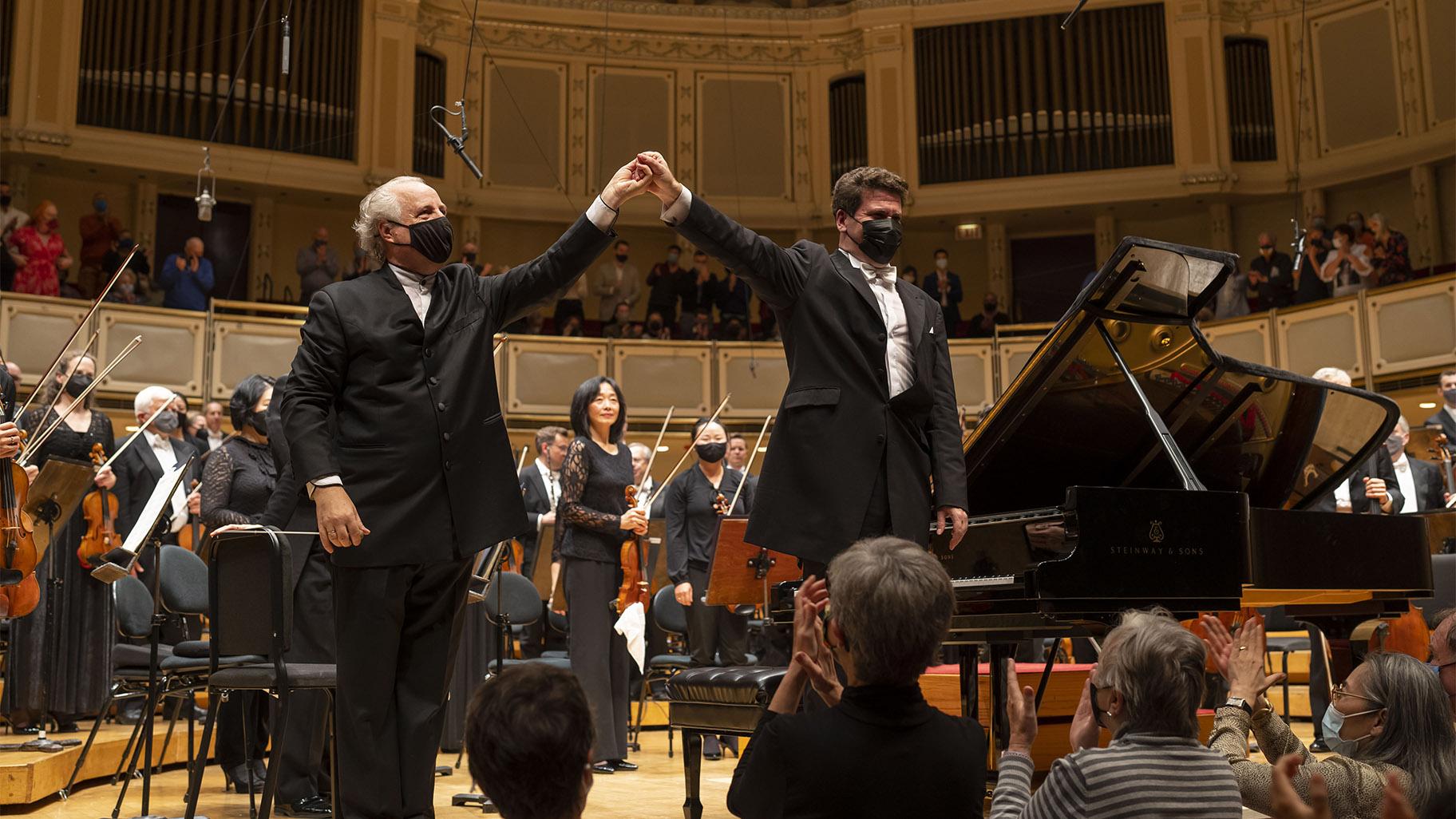 Call it a notably inspired pairing of century-spanning musical genius.

Then came Prokofiev’s knockout “Piano Concerto No. 3 in C Major,” from 1921. It is a massive test of the bravura pianist at its center, along with formidable challenges for all sections of the orchestra. Russian pianist Denis Matsuev gave a wildly exuberant and seemingly effortless performance.

After catching both this concert, and last week’s stunning performance of Prokofiev’s “Piano Concerto No. 1 in D-Flat Major” by the Ukrainian-born pianist Alexander Gavrylyuk, I could happily say I was witness to “The Prokofiev Piano Concerto Olympics.” As it happens, the composer himself was the piano soloist for both these fearsome concertos when he visited Chicago in 1918 and 1921.

First, Montgomery’s piece, with its running time of just 12 minutes, makes a formidable impression with its ingenious use of the orchestra including a wide array of percussion instruments ranging from various drums to a shaker, a suspended cymbal, wood blocks, a tambourine, a cowbell, a xylophone and more. And, not surprisingly for a native New Yorker, she taps into a rich urban melting pot energy.

“Coincident Dances” begins with a brief solo for the mellow bass, and then quickly shifts to a frenzied riff for plucked strings, winds and horns. Those rhythmic shifts are arresting but seamless, as is the artful mix of the melodic and the dissonant. There is a hint of Aaron Copland at one moment, and an unforced but ever-present energy and excitement throughout this work that might best be described as a complex and artful crazy quilt of sound that never ceases to surprise and delight. As always, Montgomery’s work left me wishing that choreographers would grab hold of this piece, and several of her other orchestral scores which, according to a program note, are to receive a total of nearly 400 performances this year.

Montgomery was in the audience and came onstage to take multiple bows, tossing kisses of thanks to the musicians, and to Viennese-born Manfred Honeck. Honeck is the impeccable and notably graceful guest conductor and currently music director of the Pittsburgh Symphony Orchestra, with a long connection to many European orchestras and opera houses. 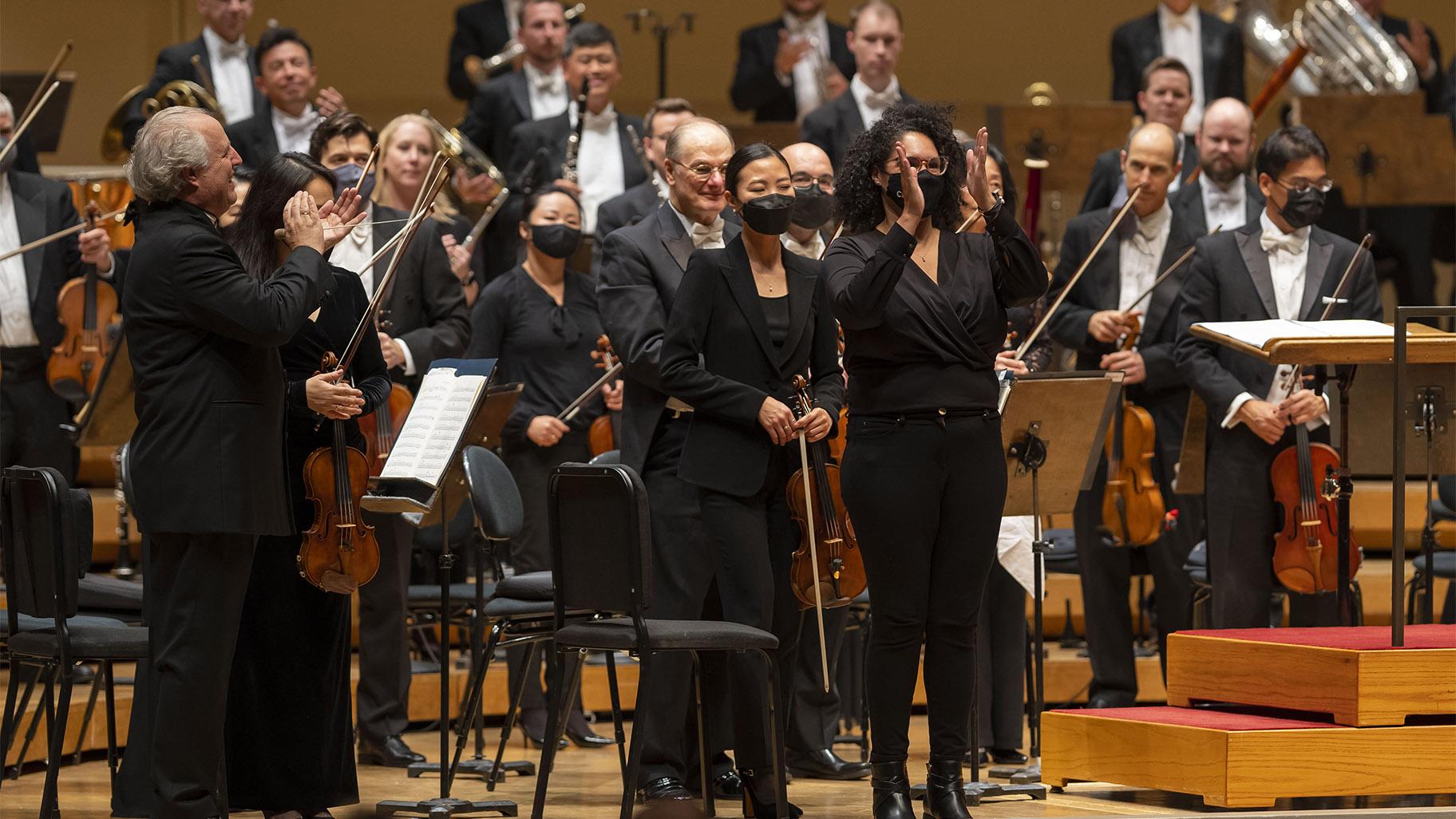 Now, on to Prokofiev and Matsuev.

Opening to the lyrical sound of the winds and the hum of the strings, the piano enters with a burst of energy and a familiar melody. Matsuev, a formidable figure with large hands, brings a palpable force to these lightning-fast passages, and his rapid-fire finger work is as balletic as it is athletic, and ideally articulated. He possesses a masterful way of tapping into the score’s stormy power and depth of sound, as well as its moments of dreamy lyricism. And when it’s time for fireworks and fury he can easily generate them, capturing Prokofiev’s crazy, ever theatrical genius with the backing of clarinets and flutes, the flawless string section and a great array of percussion with timpani, bass drum, castanets, tambourine and cymbals all part of the mix.

Despite the demonic demands of this piece there was a great buoyancy to Matsuev’s playing — a palpable sense of joy. And the level of excitement generated by the sheer technical brilliance of the work, and all the musicians involved, inspired that rare but sometimes unrestrainable response in the audience to applaud between movements.

Listening back-to-back to the Prokofiev and Montgomery pieces also was a reminder of the CSO’s subtle and thoughtful mixing and matching of its programs. For it’s a good bet these two works were paired, at least in part, in order that their subtle correspondences - and differences - could be detected.

Closing the concert was a beautifully realized performance by a prodigy from another era: Franz Schubert. His “Symphony No. 8 in B Minor (Unfinished),” penned in 1822, lacks the usual third movement - most likely never written because his health seriously deteriorated, and he died at the age of 31. But as the piece moves from its funereal start to its beautiful proclamation of just being alive, to the sheer charm of its familiar melodies, it creates an undeniable rapture. And Honeck winningly drew on the full emotional range of both Schubert’s score and the remarkable musicians gathered in front of him. 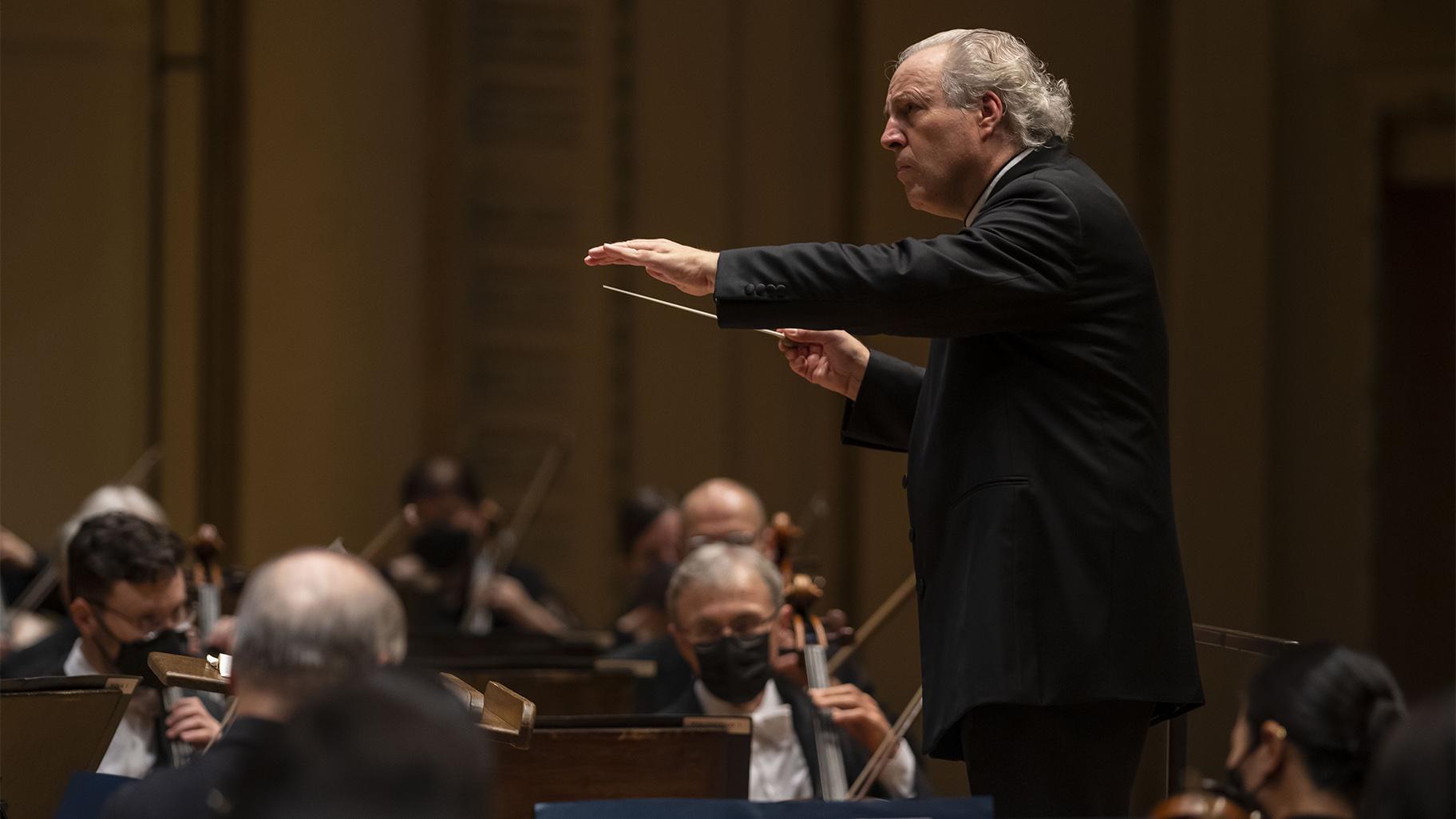 More of Jessie Montgomery’s work, plus that of three other contemporary composers — Ted Hearne, Elijah Daniel Smith, and Nathalie Joachim — can be heard this Monday evening at 7 p.m. at Symphony Center as part of “Homecoming,” a CSO Music Now concert curated by Montgomery.

Matsuev is president of New Names, a charitable foundation that “identifies and fosters musically talented children, promoting music education across Russia.” For the past five years I have been following his mentorship of Elisey Mysin. Mysin is a true piano prodigy whose many performances, from the age of six on — including a Rachmaninov duet with Matsuev — have been a great treat. Videos of Mysin can be found on YouTube. And I hope to see him some day on the Orchestra Hall stage.