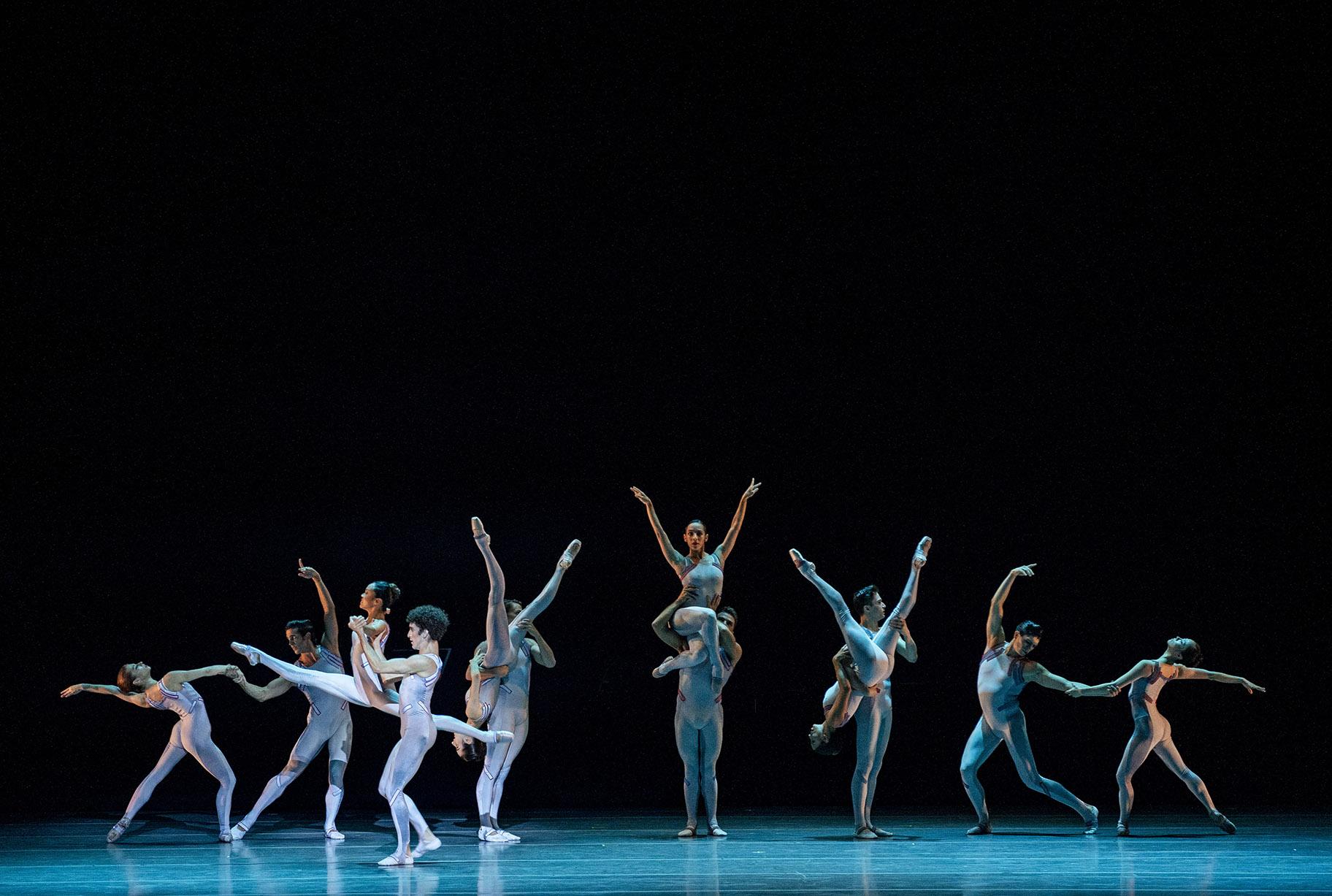 Should you need any additional proof of the adage that “absence makes the heart grow fonder,” the blazing one-night-only performance by the Joffrey Ballet at the Ravinia Festival this past Friday evening provided all the evidence required.

Not only did the performance mark the company’s first appearance on the Ravinia stage since 2008, but, aside from its participation in the Dance for Life program in Millennium Park on Aug. 26, the company had not performed for a live audience for the past 18 months of the pandemic. So the fiery spirit and superb technique the dancers brought to each of the five works on the program was enthusiastically matched by the roar of the massive crowd that gathered both under the roof of the Pavilion and on the lawn.

Clearly those on both sides of the stage were ecstatic about the return. And while the creation and streaming of virtual work throughout much of the pandemic clearly kept the Joffrey dancers in top form, it just as clearly left audiences yearning for the excitement of the real thing.

Opening the program was “Beyond the Shore,” the ravishing, innovative, intensely poetic 2018 work by choreographer Nicolas Blanc, the Joffrey’s resident rehearsal director and coach. Set to a fascinating score by Mason Bates (a former Mead Composer in Residence with the CSO who has a gift for mixing classical and electronic sound), the piece, which unfolds in six scenes, takes the form of a sort of moody extraterrestrial exploration as it shifts from the otherworldly “Netherworld” to outer space and beyond, with cleverly imagined costumes by Katrin Schnabl, and set and lighting design by Mark Stanley. There was even a NASA-like voice for the “Gemini in the Solar Wind” segment that was winningly danced by Christine Rocas and Dylan Gutierrez. Also outstanding was the high-speed dancing of Jeraldine Mendoza and the irrepressible Edson Barbosa in “Broom of the System,” the pas de deux by Brooke Linford and Stefan Goncalvez in “Aerosol Melody,” the pairings of Amanda Assucena and Alberto Velazquez and Valeria Chaykina and Derrick Agnoletti in “Temescal Noir,” and the grand finale ensemble for “Warehouse Medicine.” It was enough to make the space exploits of Elon Musk and Jeff Bezos pale by comparison. 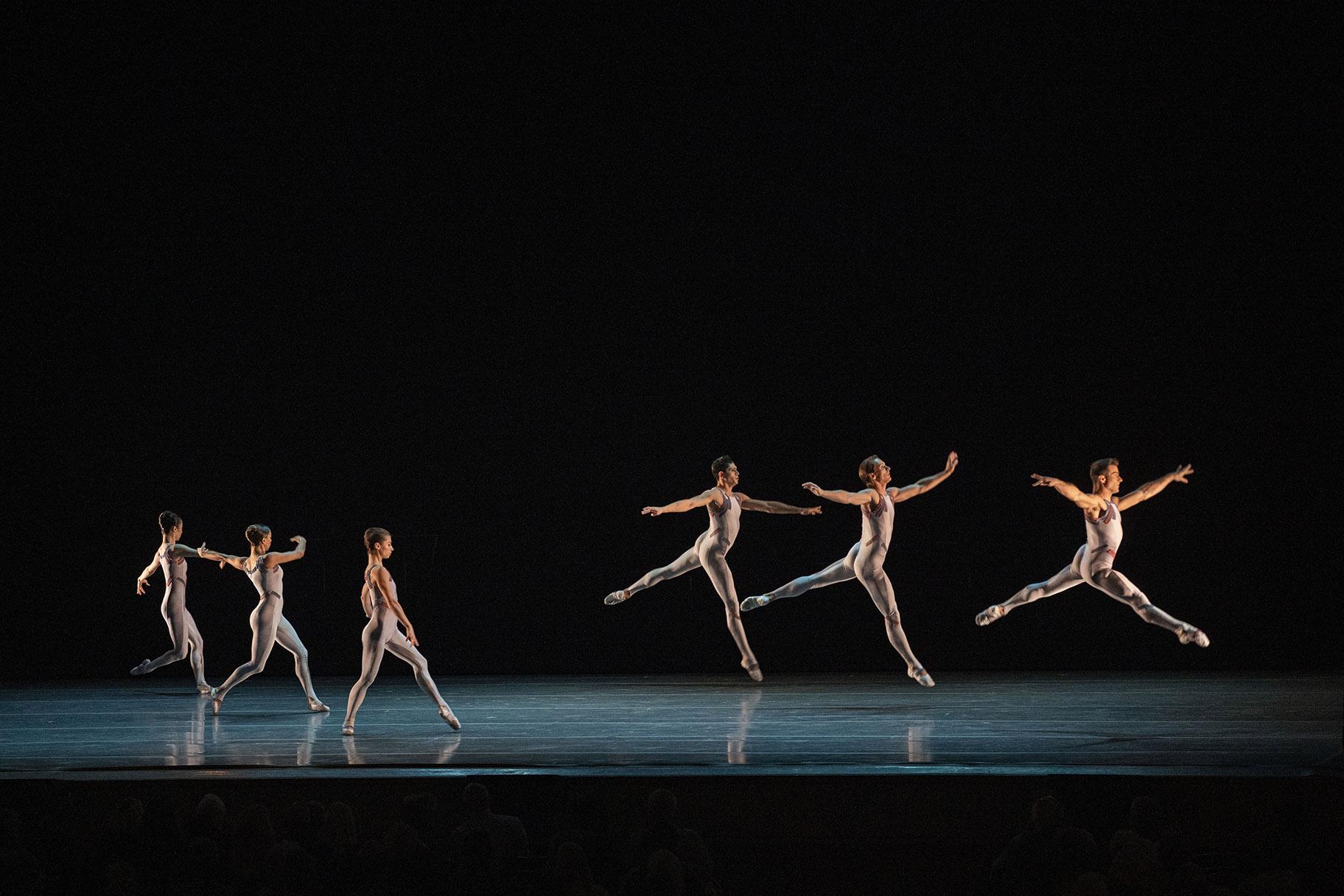 In a nod to choreographer Christopher Wheeldon (creator of the company’s “Nutcracker”), there was a playful pas de deux from “Commedia,” his homage to the commedia dell’arte theater of Italy, set to Stravinsky’s neo-classical “Pulcinella Suite” and danced by the seemingly tireless Barbosa and Gayeon Jung.

Next up was “The Sofa,” a zany, contemporary sexual comedy full of acrobatic slapstick antics. The mischievous work of Israeli choreographer Itzik Galili — set to the uniquely gravel-voiced and ironic Tom Waits classic, “Nobody” — it was danced with great verve by Miguel Angel Blanco, Anna Gerberich and Evan Boersma.

Choreographed by Chanel DaSilva as part of the Joffrey’s impressive series of virtual works that were created and streamed during the pandemic shutdown, “Swing Low” is very much a ballet of its moment. At its center is a deeply anguished and lonely young man (the fervent Fernando Duarte), who is suddenly surrounded by a quartet of male angels (Barbosa, Boersma, Goncalvez and Hyuma Kiyosawa) costumed in massive, feathery white wings. These angels seem to alternately distract him, embrace him and lure him off to what might be a better place. The work is set to a haunting score by cellist Zoe Keating that was winningly expanded to be played live by superb musicians from the Chicago Philharmonic, with four cellists, a violin, a viola and two basses led by conductor Michael Moricz.

Bringing the program to a rollicking close was “The Times Are Racing,” created for the New York City Ballet in 2017 by Justin Peck (who has since choreographed Steven Spielberg’s new film version of “West Side Story”), and was premiered by the Joffrey in 2018. Set to a propulsive score by Dan Deacon, and featuring an ensemble of 20 dancers dressed in sneakers and ragged street wear (with one guy in a sweatshirt emblazoned with the word “REACT”), this homage to the current generation of youth is propelled by immense energy, with Gutierrez and Mendoza in fine form, and with Derrick Agnoletti — a veteran member of the company who seems to grow younger and more virtuosic with every year — dancing up a sensational storm. I confess I was not a huge fan of this piece when I first saw it several years ago, but it now feels like a high-powered rite of celebration and liberation. And it clearly had the Ravinia audience breathing along with the dancers every step of the way. 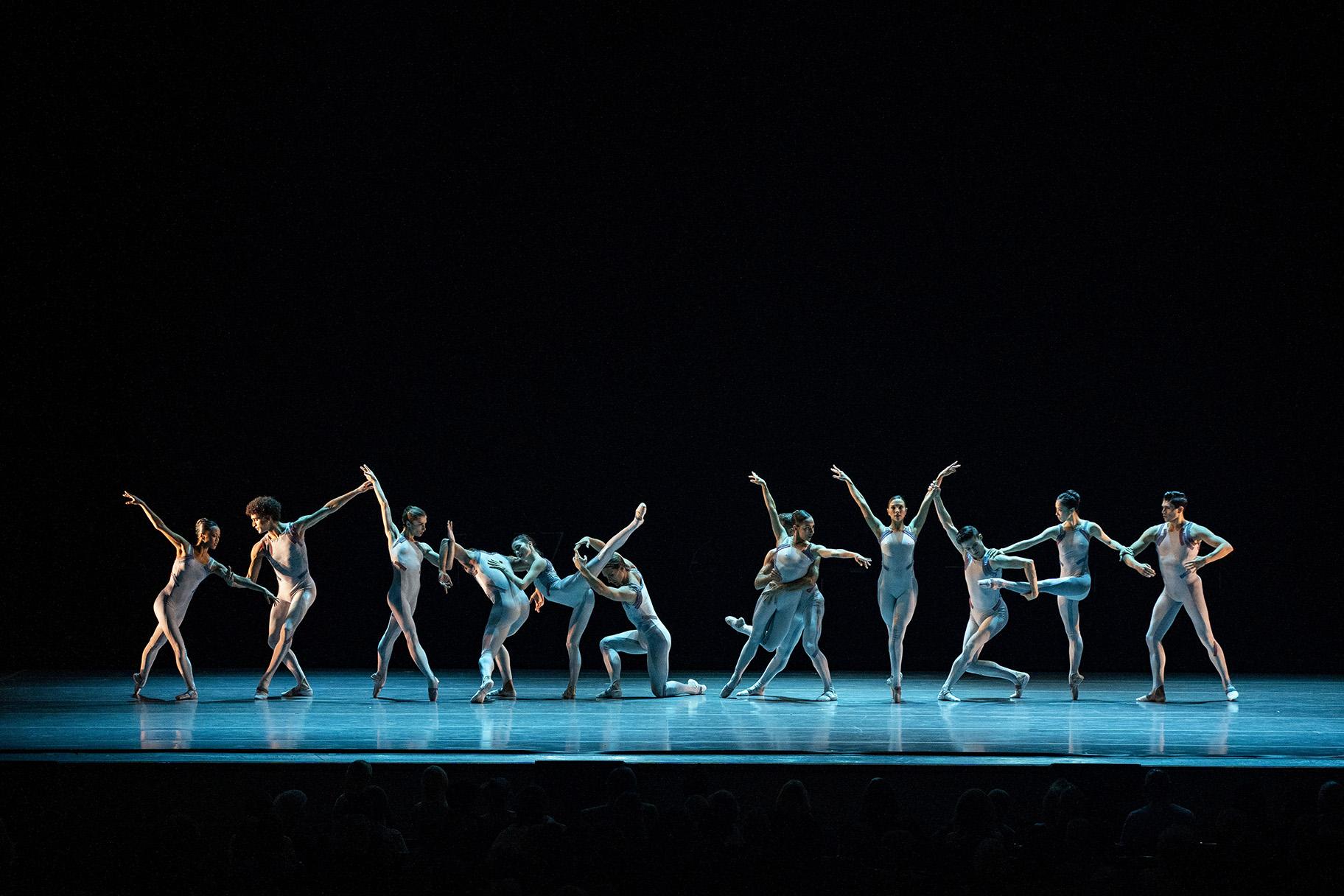 The Joffrey Ballet is now gearing up for its inaugural performances as the resident company at Lyric Opera, running Oct. 13-24. On the bill for a program titled “Home: A Celebration,” will be: “Birthday Variations,” choreographed by Joffrey co-founder Gerald Arpino and set to music by Verdi; DaSilva’s “Swing Low”; Blanc’s beautiful “Under the Trees’ Voices,” set to Italian composer Ezio Bosso’s “Symphony No. 2”; and company artist Yoshihisa Arai’s emotional riff on Ravel’s “Bolero.” For tickets visit joffrey.org.