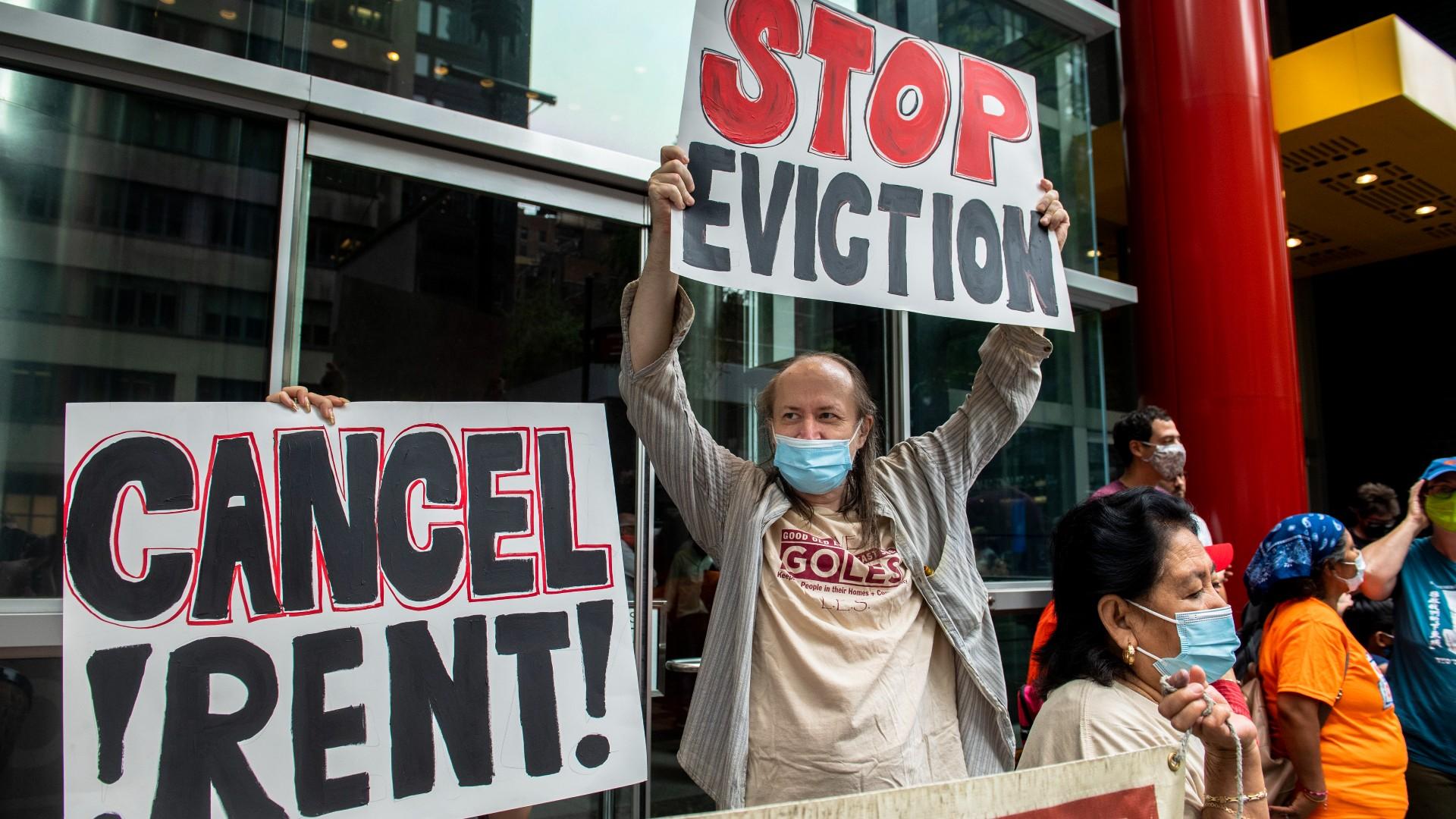 PHOENIX (AP) — Tenant advocates and court officials were gearing up Friday for what some fear will be a wave of evictions and others predict will be just a growing trickle after a U.S. Supreme Court action allowing lockouts to resume.

The high court’s conservative majority late Thursday blocked the Biden administration from enforcing a temporary ban placed because of the coronavirus pandemic. The action ends protections for about 3.5 million people in the United States who say they faced eviction in the next two months, according to U.S. Census Bureau data from early August.

“We are incredibly disappointed in the Supreme Court ruling and ask Congress and Governor (Doug) Ducey to take action to prevent what will likely be tragic outcomes for thousands of Arizona families,” said Cynthia Zwick, executive director of the nonprofit organization Wildfire that is helping distribute government rental assistance in Arizona.

“Lives are literally at risk as the pandemic continues to surge and families lose their homes, especially during this time of extreme heat,” she said, referring to Phoenix’s triple-digit temperatures.

Wildfire is encouraging tenants to keep applying for rental aid and “work with their landlords to develop plans for making payments until the assistance is available,” she said.

But some local officials around the U.S. say the court’s action is unlikely to set off the flood of evictions some advocates predict.

Scott Davis, spokesman for the Maricopa County Justice Courts that handle the bulk of Arizona’s evictions, said he does not expect anything dramatic overnight. He said how things play out will depend on how landlords and their attorneys decide to handle cases and that the courts were prepared for whatever happens.

“We know that eviction case filings over the last 17 months are down about 50% from pre-pandemic,” Davis said. “Will filings bounce back to 100% of the norm? Will they exceed the norm to make up for filings which landlords withheld during the pandemic? Some believe there will be a large flood of case activity; others believe it will be just a light sprinkle, which builds gradually over time. Again — it’s up to landlords.”

Davis emphasized no one can be evicted immediately without due process, and the cases could take weeks to be carried out in the courts.

The Apartment Association of Southeastern Wisconsin said Friday that landlords rarely evict anyone who is only a few hundred dollars behind on rent. It said the average eviction judgment for unpaid rent in Wisconsin is more than $2,600.

“Contrary to dire predictions by tenant advocates, there will NOT be a ‘tsunami’ of eviction filings in Wisconsin or in most parts of the country,” the landlord trade association said. “There will NOT be 11 million people suddenly made homeless.”

The court’s action does not affect the temporary bans on evictions placed by a handful of states, including California.

The Treasury Department and Housing and Urban Development Secretary Marcia Fudge on Friday sent a letter to all governors, mayors and county officials, urging them to implement their own eviction bans, White House press secretary Jen Psaki said.

She noted that quicker disbursement of rental assistance money could also help stave off evictions.

“We suspect ..., there’s probably a large number of cases where landlords never bothered applying for an order of eviction because, well, why bother if there’s a moratorium,” Phillips said.

The court’s move wasn’t a huge surprise. The justices had allowed an earlier pause on lockouts to continue through July, but they hinted in late June they would take this path if asked again to intervene. The moratorium had been scheduled to expire Oct. 3.

The court said in an unsigned opinion that the U.S. Centers for Disease Control and Prevention, which reimposed the moratorium Aug. 3, lacked the authority to do so under federal law without explicit congressional authorization. The three liberal justices dissented.

Congress is on recess for a few weeks and is unlikely take immediate action on legislation.

One option would be to include an evictions measure in the upcoming budget infrastructure packages that Congress will consider when lawmakers return in September.

“The impending eviction crisis is a matter of public health and safety that demands an urgent legislative solution to prevent further harm and needless loss of human life,” read the letter from Reps. Ayanna Pressley, D-Massachusetts, Cori Bush, D-Missouri, Jimmy Gomez, D-California, and Alexandria Ocasio-Cortez, D-New York. It was signed by 60 lawmakers.

Congress has approved more than $46.5 billion in rental assistance, but so far state and local governments have distributed 11% of that money, just over $5 billion, the Treasury Department said Wednesday.

In Kansas, the state’s Housing Resources Corporation is pushing to process hundreds of applications for coronavirus relief funds from renters facing eviction and their landlords after hiring and training more than 100 new employees to do the work. Still, most of the assistance money in the state hasn’t been distributed.

Courtney Gilstrap LeVinus, president and CEO of the Arizona Multihousing Association, said many mom-and-pop rental owners have been pushed to the brink of bankruptcy, with about $500 million in rent unpaid statewide.

“Despite such intense financial pressure, Arizona property owners have worked with residents to keep them in their homes, to keep them safe from the pandemic, and to help them qualify for eviction relief that has been slow to arrive for a year and a half,” LeVinus said. “We have strongly encouraged our members to keep working with residents to avoid evictions in every possible instance.”