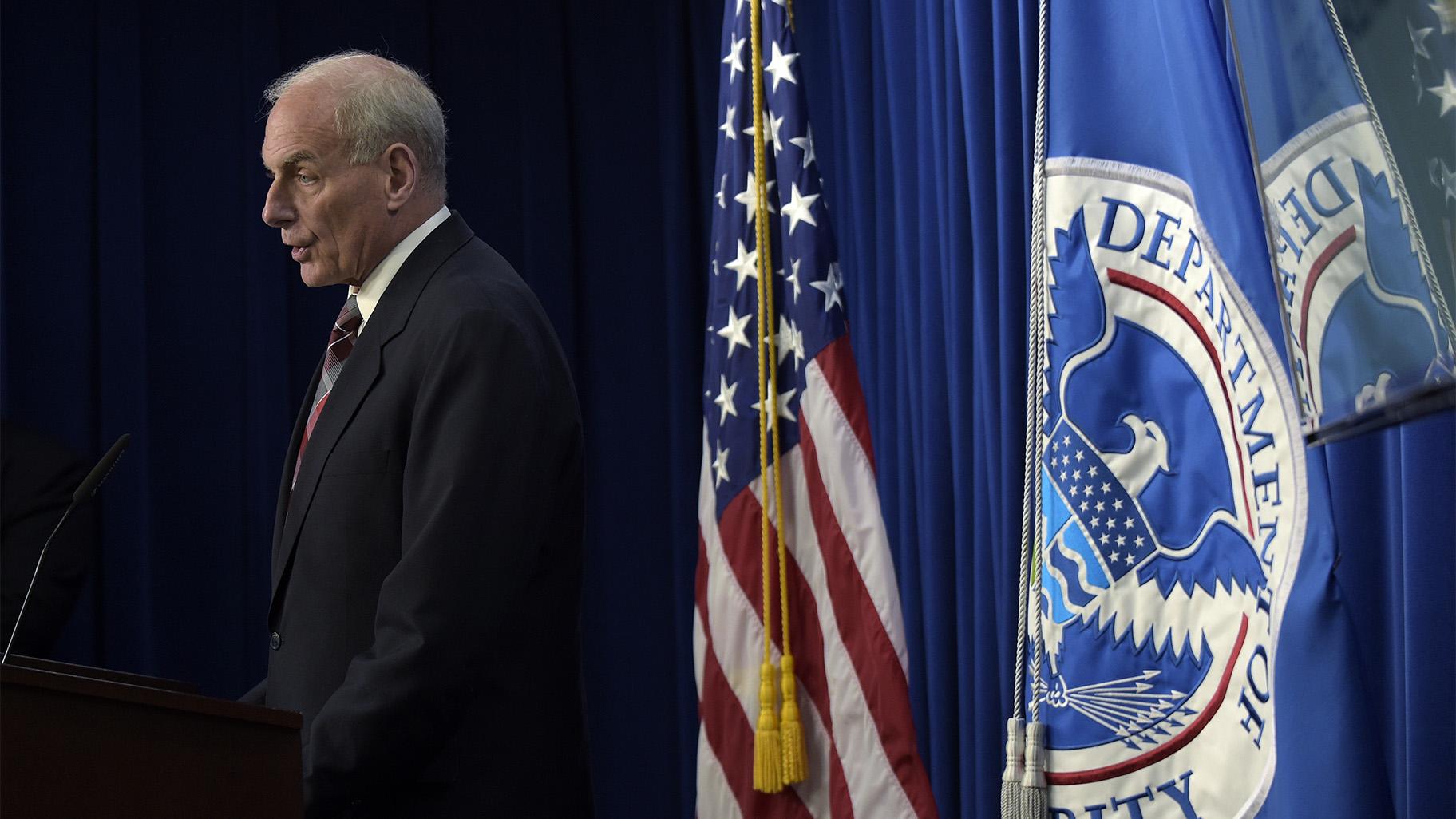 Trump created the Victim Of Immigration Crime Engagement Office, known by its acronym VOICE, by executive order during his first week in office in January 2017.

U.S. Immigration and Customs Enforcement said it was replacing VOICE with a “more comprehensive and inclusive victim support system.”

VOICE will be replaced by The Victims Engagement and Services Line, which will combine longstanding existing services, such as methods for people to report abuse and mistreatment in immigration detention centers and a notification system for lawyers and others with a vested interest in immigration cases.

The new office will add a service for potential recipients of visas designated for victims of human trafficking or violent crimes in the United States.

“Providing assistance to society’s most vulnerable is a core American value. All people, regardless of their immigration status, should be able to access victim services without fear,” said Homeland Security Secretary Alejandro Mayorkas.

Stephen Miller, a key architect of Trump’s immigration policies, called the decision to close VOICE a “moral stain on the conscience of our nation.”

He likened the new office to the Drug Enforcement Administration opening “a call center to help drug dealers get lawyers and amnesty for their crimes.”

The Department of Homeland Security “is a law enforcement agency, not a legal help center for criminals and lawbreakers,” Miller said.

Jon Feere, an ICE official during the Trump administration, said he referred a man to VOICE whose sister was killed by an intoxicated driver and that the office helped families understand the status of immigration cases.

The change of tone regarding immigration has been striking between the two administrations.

While studies suggest immigrants are less likely to commit crime than native-born, Trump relentlessly sought to establish a link. He launched his 2016 presidential campaign by portraying Mexicans in the country illegally as violent criminals and frequently highlighted the MS-13 gang, which was started by Salvadoran immigrants.

To advance his immigration agenda, Trump invited “angel families” — people whose loved ones had been victims of crimes by immigrants — to campaign rallies and high-profile speeches.

Trump’s office for victims of violent crimes appears to have had little impact.

Its most recent quarterly report posted online for the last three months of 2018 said it fielded 781 calls during the three-month period — and that just 256 of the calls pertained to services it offered. About half were requests on the status of immigration cases, and many of the rest were referrals for assistance, such as social services to help cope with impacts of domestic violence or assault.

The office was used as a platform by the Trump administration to promote a link between immigrants and crime.

“I’ve had to hold the hand of too many mothers who lost a child to a DUI or somebody else who’s been raped by an illegal alien or someone with a nexus to immigration,” Barbara Gonzalez, the then-director of VOICE, told reporters in October 2019. “It is a problem we cannot ignore as a country.

In April, the Biden administration ordered U.S. officials to avoid using terms like “illegal alien” and instead use the phrase “undocumented noncitizen.”

Vice President Kamala Harris drew strong criticism from some of the administration’s pro-immigration allies for telling would-be migrants during a visit to Guatemala on Monday, “Do not come ... Do not come,” and that they would be denied entry at the U.S. border with Mexico.