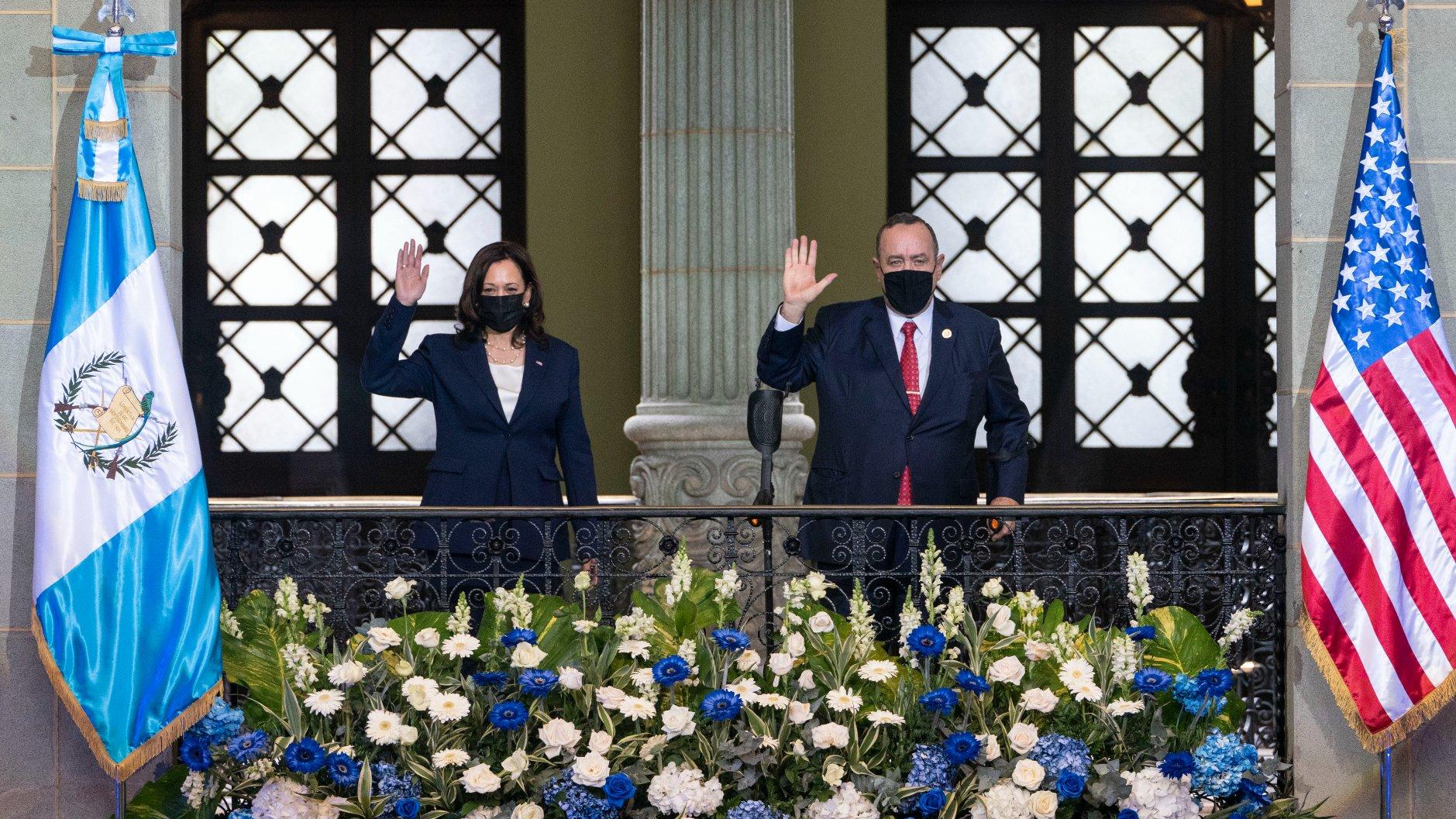 GUATEMALA CITY (AP) — Vice President Kamala Harris offered an optimistic outlook for improved cooperation with Guatemala on addressing the spike in migration to the U.S. after her meeting with Guatemalan President Alejandro Giammattei on Monday. She also delivered a direct warning to migrants considering making the trek: “Do not come. Do not come.”

“I want to emphasize that the goal of our work is to help Guatemalans find hope at home,” Harris said. “At the same time, I want to be clear to folks in this region who are thinking about making that dangerous trek to the United States-Mexico border: Do not come, do not come.”

In conjunction with Harris’s trip, the Biden administration announced the Justice Department would create an anti-corruption task force and an additional task force to combat human trafficking and drug smuggling in the region. Harris also promised a new program focused on creating education and economic opportunities for girls there, among other new initiatives.

But for all the talk about new ways to cooperate, reining in corruption and improving living conditions in the region have been long-running challenges that previous administrations have been unable to achieve in their efforts to stem the tide of migration to the United States.

Part of the challenge remains that, despite the best efforts of U.S. officials, corruption underpins many of the region’s governments. Indeed, Giammattei himself has faced criticism over his handling of the issue.

Last month, two lawyers who are outspoken critics of Giammattei’s administration were arrested on what they say were trumped-up charges aimed at silencing them.

And the selection of judges for Guatemala’s Constitutional Court, its highest, was mired in influence peddling and allegations of corruption. Giammattei picked his chief of staff to fill one of the five vacancies. When Gloria Porras, a respected force against corruption, was elected to a second term, the congress controlled by Giammattei’s party refused to seat her.

On Monday, Giammattei seemed less than eager to address those issues.

Asked by The Associated Press about criticism of his record on corruption, Giammattei initially ignored the question. When being pressed by another journalist to answer for the complaints against him, Giammattei seemed to bristle at the allegation that he was at fault on the issue, insisting that there were “zero” allegations of corruption against him and labeling drug traffickers the biggest corruption issue in his nation.

Still, Harris expressed optimism about their ability to work together on the issue, telling reporters that the two had a “very frank and very candid” conversation that included “the importance of anti-corruption and the importance of an independent judiciary.”

Harris said the Justice Department, Treasury and State Departments would work together on anti-corruption investigations and train local law enforcement to conduct their own.

“We are creating this task force to address corruption. We are working on a task force that is about human smuggling. We are doing the work of requiring certain progress be made if we are going to attract U.S. investment, private investment, to this region,” said Harris.

Giammattei said the U.S. and Guatemala also agreed to collaborate on a “very simple process” through visas to allow for regular migration to the U.S., and that the two countries would work to prioritize family reunifications.

The White House also announced a $7.5 million commitment through USAID to support entrepreneurs and innovators in Guatemala, as well as millions more in investments in affordable housing, agri-businesses and loans to small businesses in the country.

Besides her meeting with Giammattei, Harris was to participate in a roundtable with Guatemalan community and civil society leaders, and to meet with young innovators and entrepreneurs, including a number of female entrepreneurs.

In addressing the root causes of migration, Harris has laid out an approach centered on creating better opportunities and living conditions in the region through humanitarian and economic aid. She’s focused many of her public events and listening sessions before this visit on work with civil society organizations and international businesses, which her aides say is an acknowledgment that the work of improving the situation in the region cannot be done by its governments alone.

In remarks prior to meeting with Giammattei, Harris emphasized the need for both leaders to act to improve the situation on the ground for Guatemalans, whom she said don’t want to leave their homeland but are forced to by poor living conditions.

Harris had previously announced plans to send $310 million to provide support for refugees and address food shortages, and she recently secured commitments from a dozen companies and organizations to invest in the Northern Triangle countries to promote economic opportunity and job training.

Washington won some goodwill through its vaccine diplomacy this past week. Giammattei and Mexican President Andres Manuel López Obrador both received calls from Harris on Thursday telling them the U.S. would be sending 500,000 doses and 1 million doses, respectively, of COVID-19 vaccine.

While in Latin America, Harris is also navigating the politics of immigration. Congressional Republicans have criticized both President Joe Biden and Harris for not visiting the U.S.-Mexico border and contend the administration is ignoring what they say is a crisis there. April was the second-busiest month on record for unaccompanied children encountered at the border, following March’s all-time high. The Border Patrol’s total encounters in April were up 3% from March, marking the highest level since April 2000.

Conservatives are watching Harris closely for any missteps, hoping to drag her into further controversy on an issue that they see as a political winner.

On Monday, Harris defended her decision not to visit the border, telling reporters she was focused on addressing the root causes of migration in a way that delivers “tangible” results “as opposed to grand gestures.”