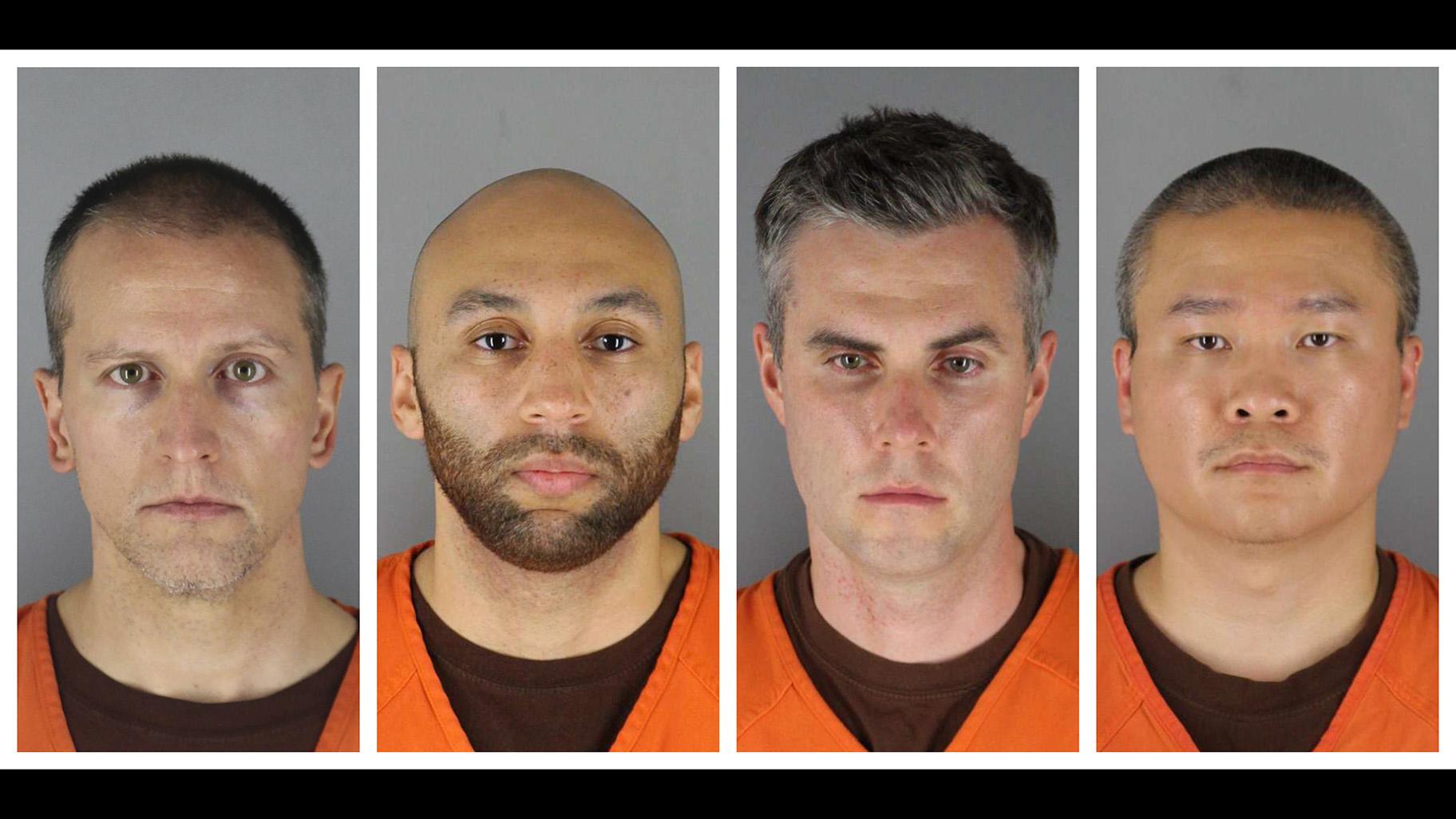 MINNEAPOLIS (AP) — The trial of three former Minneapolis police officers charged with aiding and abetting in the death of George Floyd  will be pushed back to March 2022, in part to allow the publicity over Derek Chauvin’s conviction to cool off, a judge ruled Thursday.

Thomas Lane, J. Kueng and Tou Thao were scheduled to face trial Aug. 23 on charges they aided and abetted both murder and manslaughter. The officers’ co-defendant, Chauvin, was convicted of murder and manslaughter counts. All four officers also face federal charges  that allege they violated Floyd’s civil rights during his May 25 arrest.

Judge Peter Cahill said he moved jury selection in the other officers’ trial to March 8, 2022, so the federal case can go forward first. He also said he felt the need to put some distance between the three officers’ trial and Chauvin’s due to the high-profile nature of the case.

The news that the trial was being pushed back came during a Thursday hearing on pretrial motions. The former officers waived their right to appear and were not in court, but their defense attorneys all agreed to the postponement. The state, via Assistant Attorney General Matthew Frank, did not support the delay. It wasn’t made clear at Thursday’s motions hearing who originally sought the change.

Chauvin, who was seen in widely viewed bystander video pressing his knee into Floyd’s neck as the Black man said he couldn’t breathe, was convicted in April of second-degree unintentional murder, third-degree murder and manslaughter. He’s to be sentenced June 25.

During Thursday’s hearing, attorneys for the defense argued that prosecutors should be sanctioned after media reports that Chauvin had planned to plead guilty a year ago.  Frank said the Attorney General’s Office was willing to submit affidavits from personnel involved in the case to state that they were not the source of the leak. A prosecutor from the Hennepin County Attorney’s Office said they would do the same.

Thao’s attorney, Bob Paule, said in a motion filed in February that he wants an order sanctioning the state for “its role — directly or indirectly — in the leaking of highly prejudicial information related to potential plea agreements of co-defendants.”

Cahill said he would hold an evidentiary hearing on the issue in August.

The New York Times reported Feb. 10 that Chauvin was ready to plead guilty to a third-degree murder charge last year but then-Attorney General William Barr rejected the agreement. The Associated Press published a similar report the next day, citing two law enforcement officials with direct knowledge of the talks. Paule alleged that the leaks came from the state, and asked that anyone who did so be barred from participating in the trial. Tom Plunkett, Kueng’s attorney, echoed his statements.

In a separate motion, Earl Gray, Lane’s attorney, is asking Cahill to compel the state to disclose all use-of-force reports over the past 30 years — after initially asking for data dating back 50 years — in which a Minneapolis police officer used force and another officer intervened verbally or physically. Gray said it’s necessary to show the jury that no such intervention has been made, which would call into question the state’s expert testimony about the duty of officers to intervene.

Prosecutors have said that request should be denied; Cahill said he would take it under advisement.

Paule also filed a motion Wednesday asking the court to sanction prosecutors for allegedly failing to disclose information about the alleged coercion of a witness. Paule claimed that he Hennepin County medical examiner, Dr. Mark Baker, was coerced to include “neck compression” in his findings — and that prosecutors knew of it.

In a brief letter to Cahill, Frank said “The bizarre allegations offered in support of the motion are false and wrong and we intend to file a complete response.” The issue did not come up during Thursday’s hearing.

Paule wrote in his court filing that Baker initially said there was no physical evidence that Floyd died of asphyxiation. But after talking twice to Dr. Roger Mitchell – a former medical examiner in Washington, D.C. – he amended his findings to include neck compression as a factor, according to Paule.

Paule said that in one of the conversations, Mitchell called Baker and told him he was going to submit an opinion piece critical of Baker’s findings to the Washington Post. When Baker released final autopsy findings June 1, they included neck compression, Paule wrote, and Mitchell never submitted his piece to the newspaper.

Mitchell, now chairman of the Department of Pathology at the Howard University College of Medicine, did not respond to a phone message left at the department Wednesday. A spokeswoman for Baker said they could not comment due to the pending case.

Paule also took aim at Mitchell’s criticism of Dr. David Fowler, a key defense witness for Chauvin who testified that the former officer was not responsible for Floyd’s death. After Mitchell and other doctors sent a letter to Maryland’s attorney general, criticizing Fowler’s conclusions, Maryland officials announced they would review all in-custody death reports during Fowler’s tenure. Paule said Mitchell’s accusations had a chilling effect on Thao’s ability to find medical experts unafraid to testify on his behalf.