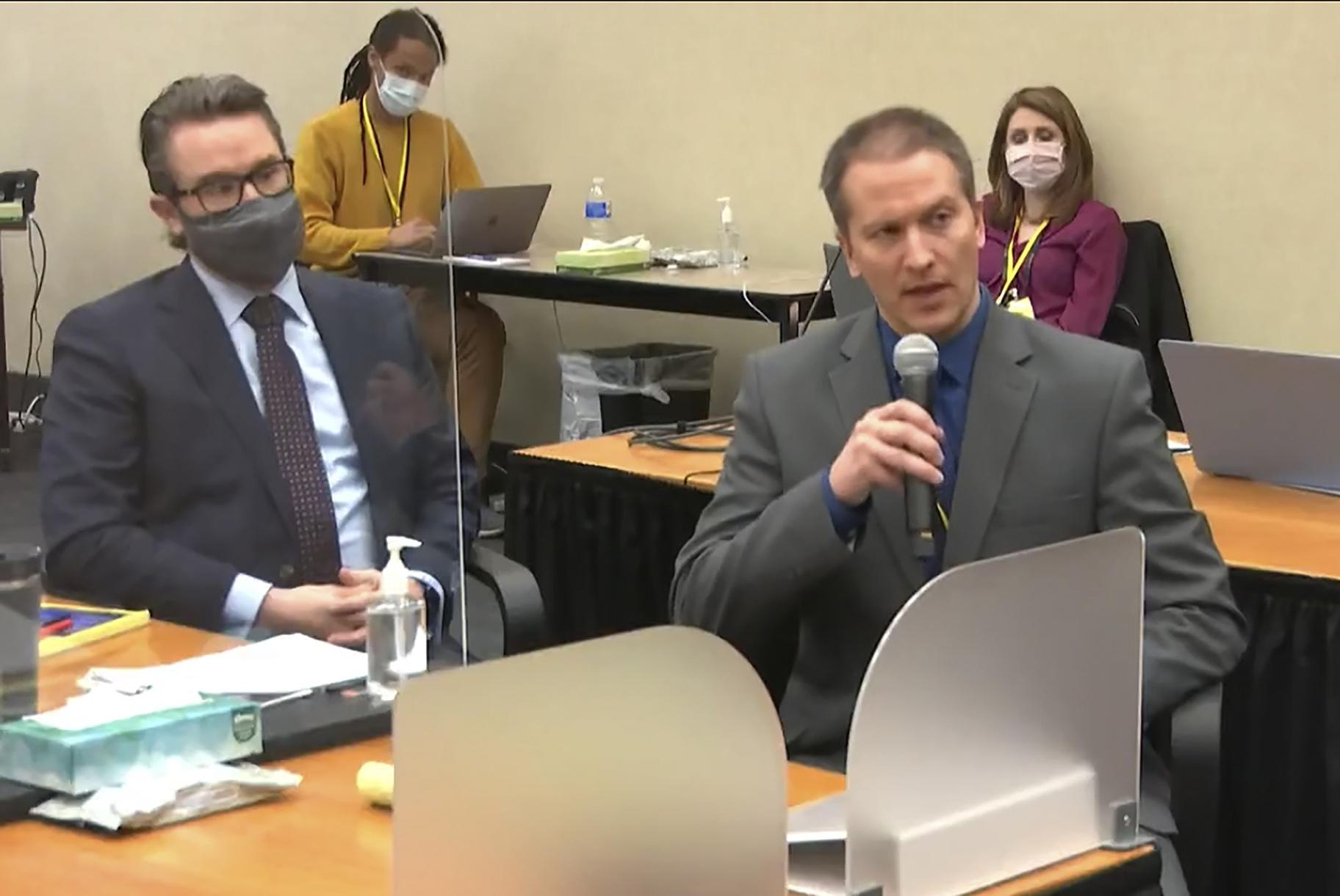 MINNEAPOLIS (AP) — The defense at the murder trial of former Officer Derek Chauvin in the death of George Floyd  rested its case Thursday without putting Chauvin on the stand, presenting a total of two days of testimony to the prosecution’s two weeks.

Closing arguments are set to begin Monday morning, after which the jury will get the case.

Before the jury was brought into the courtroom, Chauvin, his COVID-19 mask removed in a rare courtroom moment, informed the judge that he would not testify, saying he would invoke his Fifth Amendment right not to take the stand.

It would have been the first time Chauvin publicly told his side of the story.

“Is this your decision not to testify?” Judge Peter Cahill asked.

“It is, your honor,” Chauvin said.

The prosecution briefly recalled a lung and critical care expert to knock down a defense witness’ theory that carbon monoxide poisoning from a squad car’s exhaust might have contributed to Floyd’s death. Dr. Martin Tobin noted hospital tests that showed Floyd’s level was at most 2%, within the normal range.

And with that, both sides finished presenting their cases.

After closing arguments, the racially diverse jury will begin deliberating at the barbed-wire-ringed courthouse, with Minneapolis on edge against a repeat of the protests and violence that broke out last spring over Floyd’s death.

Cahill reminded the jurors they will be sequestered starting Monday, and said: “If I were you, I would plan for long and hope for short.”

The question of whether Chauvin would testify was the subject of weeks of speculation.

The risks were high: Testifying could have opened him up to devastating cross-examination, with prosecutors replaying the video of the arrest and forcing Chauvin to explain, one frame at a time, why he kept pressing down on Floyd.

But taking the stand could have also given the jury the opportunity to see or hear any remorse or sympathy he might feel. He would have been able to remove the mask he has had to wear at the defense table.

The only time Chauvin has been publicly heard defending himself was when the jury listened to body-camera footage from the scene last May. After an ambulance had taken Floyd away, Chauvin told a bystander: “We gotta control this guy ‘cause he’s a sizable guy … and it looks like he’s probably on something.”

The decision not to testify was announced a day after a forensic pathologist testifying for the defense said that Floyd died of a sudden heart rhythm disturbance as a result of his heart disease. That contradicted prosecution experts who said Floyd succumbed to a lack of oxygen from the way he was pinned down.

The defense witness, Dr. David Fowler, said Wednesday that the fentanyl and methamphetamine in Floyd’s system, and possibly carbon monoxide poisoning, were contributing factors in the 46-year-old Black man’s death last May.

Fowler also testified that he would classify the manner of death “undetermined,” rather than homicide, as the county’s chief medical examiner ruled. He said Floyd’s death had too many conflicting factors, some of which could be ruled homicide and some that could be considered accidental.

Chauvin, 45, is charged with murder and manslaughter in Floyd’s death after his arrest on suspicion of passing a counterfeit $20 at a neighborhood market. The video of Floyd gasping that he couldn’t breathe as bystanders yelled at Chauvin to get off him triggered worldwide protests, violence and a furious examination of racism and policing in the U.S.

Chauvin attorney Eric Nelson has argued that the 19-year Minneapolis police veteran did what he was trained to do and that Floyd died because of his illegal drug use and underlying health problems.

Prosecutors say Floyd died because the white officer’s knee was pressed against Floyd’s neck or neck area for 9 1/2 minutes as he lay on the pavement on his stomach, his hands cuffed behind him and his face jammed against the ground.