Video: Could the Supreme Court add more seats? Adam Chilton, a professor and the Walter Mander Research Scholar at the University of Chicago Law School, weighs in on “Chicago Tonight.” (Produced by Alex Silets)

WASHINGTON (AP) — President Joe Biden has ordered a study on overhauling the Supreme Court, creating a bipartisan commission Friday that will spend the next six months examining the politically incendiary issues of expanding the court and instituting term limits for justices, among other issues.

In launching the review, Biden fulfilled a campaign promise made amid pressure from activists and Democrats to realign the Supreme Court after its composition tilted sharply to the right during President Donald Trump’s term. Trump nominated three justices to the high court, including conservative Justice Amy Coney Barrett, who was confirmed to replace the late liberal Justice Ruth Bader Ginsburg just days before last year’s presidential election. That gave conservatives a 6-3 split with liberals on the court.

During the campaign, Biden repeatedly sidestepped questions on expanding the court. A former chair of the Senate Judiciary Committee, Biden has asserted that the system of judicial nominations is “getting out of whack,” but has not said if he supports adding seats or making other changes to the current system of lifetime appointments, such as imposing term limits.

Senate Republican leader Mitch McConnell attacked the move in a statement Friday, saying it “is a direct assault on our nation’s independent judiciary and another sign of the Far Left’s influence over the Biden administration.”

He cited statements of more progressive members of the court like Justice William Breyer and the late Justice Ruth Bader Ginsburg cautioning against such a move.

“The president spent much of his campaign playing coy on the issue, but has now admitted from the safety of a four-year term that he views the judiciary as ‘out of whack,’” McConnell said.

The 36-member commission, composed largely of academics, was instructed to spend 180 days studying proposed changes, holding public meetings and completing a report. But it was not charged with making a recommendation under the White House order that created it.

The panel will be led by Bob Bauer, who served as White House counsel for former President Barack Obama, and Cristina Rodriguez, a Yale Law School professor who served in the Office of Legal Counsel for Obama. Other prominent members include Walter Dellinger, a former top Supreme Court lawyer for the government during the Clinton administration; Harvard law professor Lawrence Tribe, who has supported the idea of expanding the court and Sherrilyn Ifill, president and director-counsel of the NAACP Legal Defense and Educational Fund.

The makeup of the Supreme Court, always a hot-button issue, ignited again in 2016 when Democrats declared that Republicans gained an unfair advantage by blocking Obama’s nomination of then-Judge Merrick Garland, now Biden’s attorney general, to fill the seat left empty by the death of conservative Justice Antonin Scalia. Then-Senate Majority Leader McConnell refused to even hold hearings on filling the vacancy, even though it was more than six months until the next presidential election.

In the wake of McConnell’s power play, some progressives have viewed adding seats to the court or setting term limits as a way to offset the influence of any one president on its makeup. Conservatives, in turn, have denounced such ideas as “court-packing” similar to the failed effort by President Franklin D. Roosevelt in the 1930s.

Biden pledged to create the commission during an October television interview. Its launch comes amid speculation as to whether he will be able to put his own stamp on the court if liberal Justice Stephen Breyer retires. If that were to happen, Biden has promised to nominate the first Black woman to the court.

The 82-year-old Breyer is the court’s oldest member and the senior member of its three-justice liberal wing. A number of progressive groups have urged Breyer to retire while Democrats still control the Senate and the confirmation process.

Earlier this week, Breyer himself warned liberal advocates of making big changes to the court, including expanding the number of justices. Breyer said in a speech Tuesday that advocates should think “long and hard” about what they’re proposing. Politically driven change could diminish the trust Americans place in the court, Breyer said.

White House press secretary Jen Psaki, asked Friday what the president makes of the call for Breyer to step aside, said that Biden “believes that is a decision for Justice Breyer to make.” And she said the president will wait for the commission to finish its work before weighing in about the size of the court.

The Supreme Court has had nine members since just after the Civil War. Any effort to alter it would be explosive, particularly at a moment when Congress is nearly evenly divided. Changing the number of justices would require congressional approval.

Some on the left slammed the commission’s creation. Brian Fallon, executive director of Demand Justice, a liberal advocacy group that supports expanding the court and term limits for justices, said in a statement that: “A commission made up mostly of academics, that includes far-right voices and is not tasked with making formal recommendations, is unlikely to meaningfully advance the ball on Court reform.”

But others seemed willing to give it a chance. “With five justices appointed by presidents who lost the popular vote, it’s crucial that we consider every option for wresting back political control of the Supreme Court,” said Nan Aron, president of the Alliance for Justice, a liberal judicial advocacy group. “President Biden’s commission demonstrates a strong commitment to studying this situation and taking action.”

There was concern among some conservatives. Mike Davis of the conservative Article III Project called the news of the commission’s creation “alarming” in a statement, adding that “there is real danger in President Biden giving credibility to the idea of court packing; he is playing with fire and threatening the constitutional foundation of this country.” 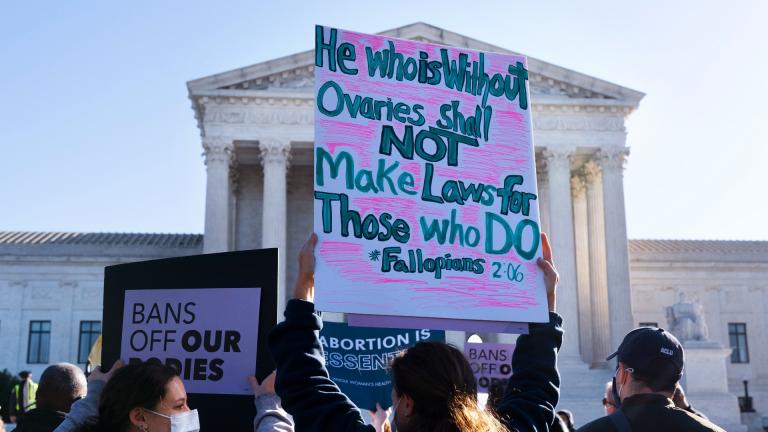 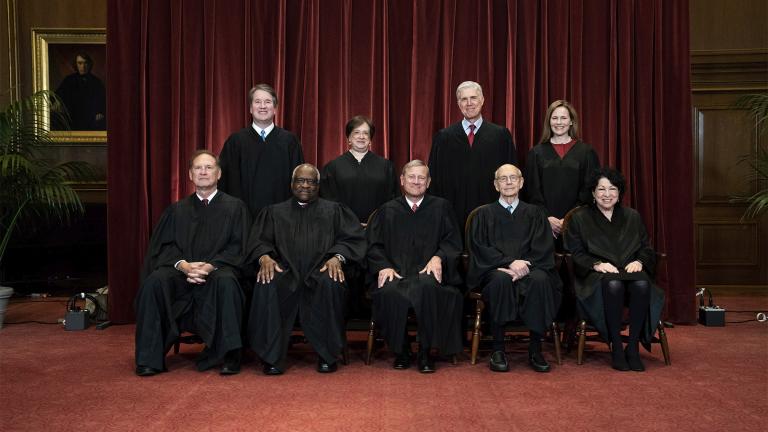