The executive director of the Little Village Environmental Justice Organization watched with horror as a plume of dust coated six blocks of homes in Little Village after crews botched the demolition of the smokestack at the former Crawford coal power plant, just as the coronavirus pandemic was beginning to slam Chicago.

“I cry every time,” Wasserman told WTTW News. “To say it was traumatic is an understatement.”

With a citywide outcry fueled by pictures of the massive dust cloud that swirled through the predominately Latino West Side neighborhood taken by a drone, the catastrophe forced the issue of environmental justice to the top of Mayor Lori Lightfoot’s agenda.

“It really highlighted the expendability of Black and Brown bodies in Chicago,” said Wasserman, who has worked for nearly 23 years to combat the systemic environmental racism that has left residents of the South and West sides sicker and poorer than Chicagoans who live on the North Side and downtown.

At the moment Little Village was coated in dust, it was also the epicenter of the COVID-19 pandemic, which would soon spiral out of control. Wasserman said it remains unbelievable that city officials approved an implosion permit during a respiratory pandemic.

“It was really the cherry on top to tie it all together,” Wasserman said. “It added another layer to the trauma.”

Precisely a year after crews toppled the smokestack, Chicago has several new laws and regulations on its books designed to improve the quality of air on Chicago’s South and West sides, which is significantly more polluted than the air in wealthier neighborhoods, data shows.

But environmental justice advocates say those new laws and regulations do nothing to change the system that allows industries to pollute neighborhoods home to Black and Latino Chicagoans.

Activists and leaders are working to capitalize on the environmental justice movement’s new momentum to deny General Iron a permit to operate a metal scrapper on the Southeast Side after shuttering its operation in Lincoln Park.

“General Iron is the next battle,” Wasserman said. “It is exhausting.”

Ald. Mike Rodriguez’s 22nd Ward includes the coal plant, shuttered in 2012, that is set to become an e-commerce warehouse for big-box retailer Target.

Rodriguez said the botched smokestack implosion made it impossible for Chicagoans to continue to ignore the disparities that stare residents of the South and West sides in the face every day, as they cope with higher rates of asthma and respiratory illnesses linked to air pollution.

“People have been called to action,” Rodriguez said. “The cat’s out of the bag.”

The pictures of the colossal dust cloud — which were all over social media as well as television news — “allowed people to believe what we were saying,” Wasserman said.

No longer could wealthy Chicagoans choose to wear “blinders” to the cost of the environmental racism afflicting Black and Latino Chicagoans, Wasserman said.

Even as results released by the Chicago Department of Public Health found that the dust did not threaten residents’ health, the city hit Hilco with 16 citations in connection with the implosion, which came with $68,000 in fines.

Lightfoot also imposed a six-month moratorium on implosions, using that time to craft new rules governing the rarely used demolition method to require community meetings to take place before permits could be issued as well as increased monitoring during the work by a variety of city agencies.

Rodriguez said those new regulations will prevent another implosion from catching Chicagoans off guard. Little Village residents had less than 24-hours notice that the smokestack was being toppled — something Rodriguez has said he deeply regrets. 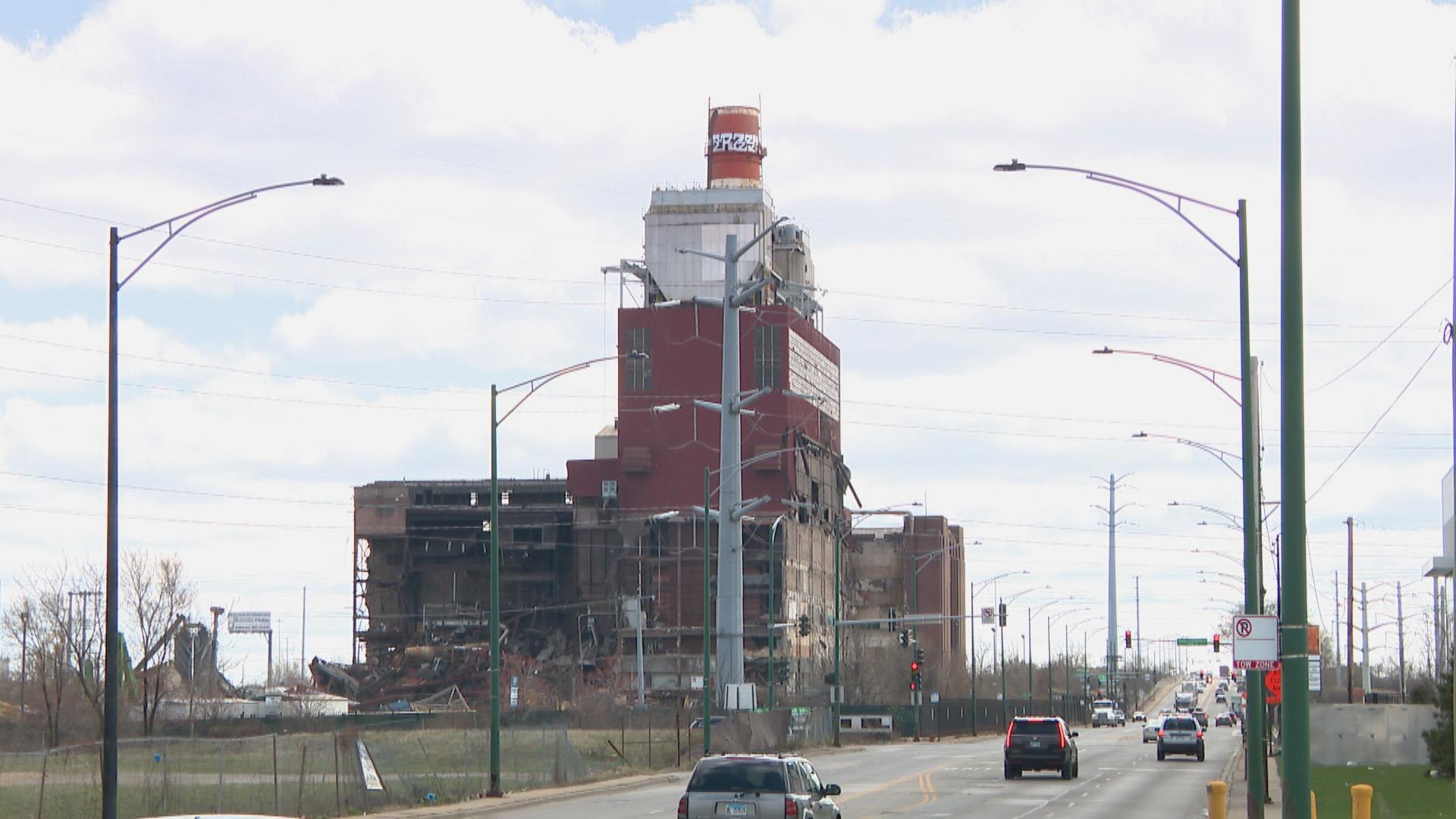 In May, Illinois Attorney General Kwame Raoul sued Hilco and the firm’s general contractors, MCM Management Corp. and Controlled Demolition Inc., alleging they did not take “adequate steps to protect the community from the resulting cloud of particulate matter” by watering down the site before the demolition.

That lawsuit alleged the dust included mercury, sulfur dioxide, nitrogen oxide and other pollutants. Eventually, the firms agreed to pay $370,000 to settle the lawsuit, with the funds going to the Access Community Health Network, the largest federally qualified health center in Little Village.

The city shut down the demolition until in June, when Hilco was allowed to resume work after officials warned that what was left after the implosion could threaten drivers on Pulaski Road. The demolition was completed in July, over the objections of Little Village residents.

The crisis engulfing the smokestack implosion was especially galling for Wasserman and other environmental justice activists who fought to prevent the former coal plant from being transformed by Hilco into an e-commerce warehouse, which would send hundreds of diesel-spewing trucks through their neighborhood.

The fact that Hilco’s project will benefit from a $19.7 million property tax break over the next 12 years designed to encourage the creation of new industrial jobs and the repurposing of vacant land added insult to injury for Wasserman and Rodriguez, who opposed the tax break before he was elected to the City Council in 2019.

Rodriguez originally hoped to force Hilco to give up the tax break, but city lawyers said that would trigger a lawsuit the city was unlikely to win.

Instead, the City Council unanimously approved a measure to give Chicago officials the power to strip multimillion-dollar tax incentives from companies that “betray the public’s trust” after a series of public hearings.

Wasserman called that measure “reactionary” and “too little, too late.”

Rodriguez said he remains frustrated that his efforts to tighten regulations on developments that have the potential to pollute Chicago’s neighborhoods was “watered down” after business groups warned city officials that the measure would discourage companies from creating jobs in Chicago.

Although Lightfoot initially backed a measure that would have tightened the rules on warehouses, the final version that passed the City Council on a vote of 38-12 dropped that provision — and became law without the support of any prominent Chicago environmental groups.

While the new law has some good measures, it amounts to “greenwashing” by the same city officials who signed off on the permit for the implosion in April 2020, Wasserman said.

The past year has only served to deepen the lack of trust environmental groups have for city officials, and sparked efforts to pass new state laws designed to protect and clean up Chicago’s environment, Wasserman said.

Wasserman said she has no doubt that outrage generated by the implosion of the Crawford plant’s smokestack is fueling the effort to block the city from allowing General Iron from operating on the Southeast Side.

Officials with the Chicago Department of Public Health have yet to issue the final permit the metal scrapper needs to start operations, which company officials have said will not impact the environment.

Allowing the metal scrapper to relocate to the already heavily polluted Southeast Side from Lincoln Park is an example of “straight-up environmental racism,” Wasserman said, adding that she has mixed feelings about the newly energized fight.

“It comes at the expense of our community,” Wasserman said. “At a huge cost to our community. It is just a damn shame.”

Note: This story was originally published Sunday, April 11. It has been updated to include our “Chicago Tonight” conversation.