July in Chicago brings scorching summer heat to the city, and often with it, poor air quality.

Every day from July 2 to July 8 this year, Chicago saw air quality warnings due to high levels of ozone and particulate matter in the air. 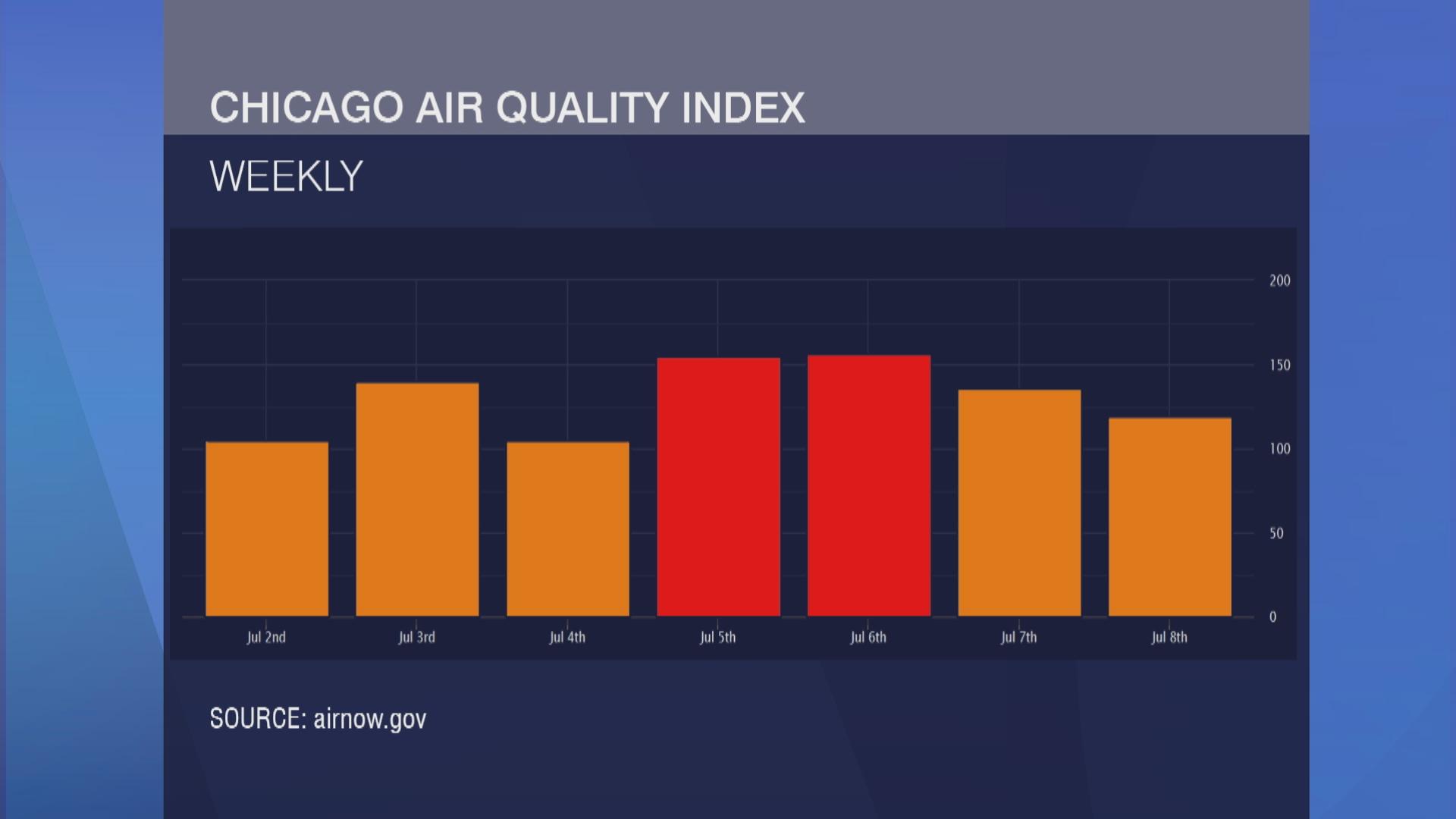 So what do these spikes mean for the health of Chicagoans, especially during a respiratory pandemic? And how are some of the most polluted neighborhoods across the city coping with the short- and long-term ramifications of unhealthy air?

“When you have things coming out of the tailpipe, and you have heat, and you have sunlight, you have ozone. And ozone is one of the pollutants we’re concerned about,” said Angela Tin, national senior director at the American Lung Association.

Tin says these surges of unhealthy air can lead to both short and long-term respiratory problems.

“The ozone and the particulate matter affects even young people, normal healthy people. Even people working construction jobs, people that are out doing a jog or taking a walk in the park, it affects everybody equally now. And especially now with the pandemic, you have to have a strong respiratory system to fight the pandemic,” Tin said.

In many of Chicago’s Black and Brown communities, the spikes in air pollution are yet another obstacle for residents long assailed by decades of pollution.

Cheryl Johnson is executive director of People for Community Recovery, an environmental advocacy group based in the Altgeld Garden Homes on Chicago’s far South Side.

The neighborhood has been dubbed by locals as “the toxic doughnut” because of all the heavy industry and landfills that surround it.

“Right across the street we have the [Metropolitan] Water Reclamation District of Greater Chicago sludge bed. So the emissions from that alone will trigger many of the respiratory problems we are experiencing in our community,” she said. “So around this time [in the summer] this is the worst time for any of our communities when it comes to air quality issues.”

And then there’s the upcoming relocation of General Iron, the Lincoln Park metal shredder that’s planning to move to Chicago’s Southeast Side this fall, not far from Altgeld Gardens. The move has incensed local activists, including Johnson.

“We’ve always been an isolated community, a forgotten community,” Johnson said. “It’s only going to exacerbate the problems we already have in our community. … Why do we always have to be the dumping ground for the city, or the state of Illinois?”

And in Chicago’s Little Village neighborhood on the Southwest Side, residents continue to grapple with the fallout of the Crawford power plant smokestack demolition on April 11.

“Folks are still upset. They don’t see any remedy for what happened on April 11. And in fact, Hilco is able to continue to move forward with the demolition,” said Kim Wasserman, executive director of the Little Village Environmental Justice Organization.

Wasserman’s group and some other residents are calling for Hilco to leave Little Village entirely.

The company is turning the power plant site into a warehouse and distribution center, which would bring increased truck traffic into the area.