For Chauvin’s Trial Attorney, It’s All About Raising Doubt 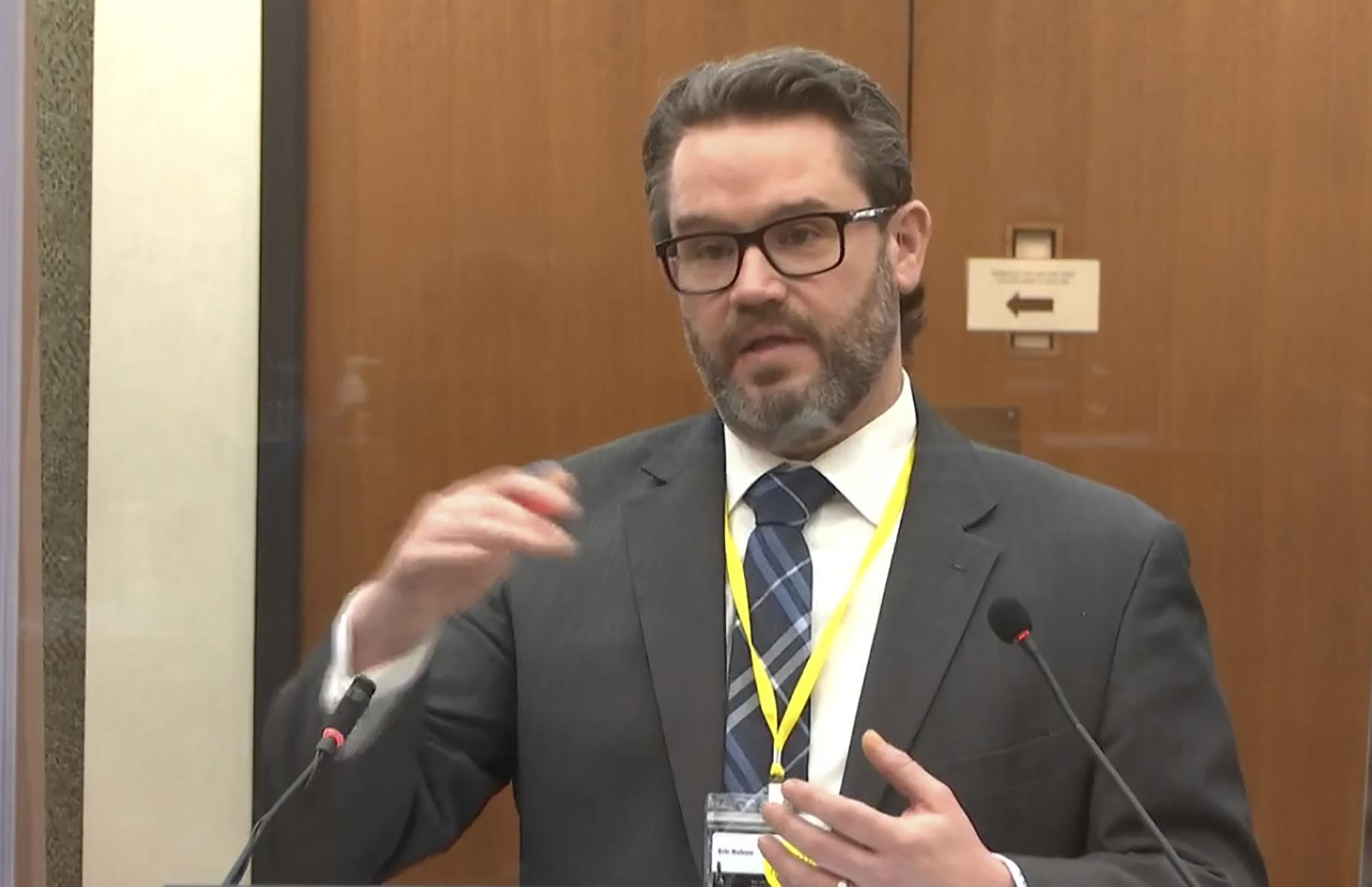 MINNEAPOLIS (AP) — Derek Chauvin’s defense attorney was questioning George Floyd’s girlfriend about the couple buying drugs when he abruptly shifted gears for what seemed an innocuous question: He presumed the couple had pet names for each other. Under what name, he asked, did she appear in Floyd’s phone?

Courteney Ross first smiled at the question, then paused before replying: “Mama.”

The fleeting exchange called into question the widely reported account that Floyd was crying out for his deceased mother as he lay pinned to the pavement. And it appeared to be one in a series of moves aimed at undermining a dominant narrative of Floyd’s death — established through bystander video and saturation news coverage and commentary — of a reckless, arrogant cop ignoring a man’s “I can’t breathe” cries as his life is snuffed out.

At another moment in the trial, defense attorney Eric Nelson asked a paramedic if he had responded to “other” overdose calls before quickly correcting himself to say “overdose calls” — perhaps a simple mistake, or an attempt to plant the idea that Floyd’s death was an overdose.

Expert witnesses for the prosecution have asserted drugs did not kill Floyd.

Nelson has repeatedly called the bystanders at Floyd’s arrest  a “crowd” and “unruly” and suggested there were more people present than seen on camera. He drilled a fire department captain on taking 17 minutes to reach the scene when an ambulance called first arrived much sooner. And he persistently suggested Chauvin’s knee wasn’t on Floyd’s neck for 9 minutes, 29 seconds as prosecutors have argued — suggesting instead it was across Floyd’s back, shoulder blades and arm.

“Many times as an attorney, you’ve got some facts that are just … bad for you. But you either want to downplay them or create another narrative,” said Mike Brandt, a Minneapolis defense attorney who is closely watching the case.

Any good defense attorney has to try and “take what you can get,” Brandt said. “Sometimes we say in a trial, you want to throw as much mud on the wall as you can and hope some of it sticks.”

Nelson, 46, handles cases ranging from drunken driving arrests to homicides, and is one of a dozen attorneys who take turns working with a police union legal defense fund to represent officers charged with crimes. One of his bigger cases involved Amy Senser, the wife of Joe Senser, a former Minnesota Vikings tight end, who was convicted in a 2011 hit-and-run death.

Nelson has joked with witnesses at times and, perhaps to connect with the jury, made light of his occasional fumbles with technology or mispronunciations of words. He’s a Minnesota native who, during a break in the trial, chatted up Police Chief Medaria Arradondo, asking whether he remembered the fight song for Minneapolis Roosevelt — the high school both attended.

Away from the lighter moments, Nelson has appeared well-prepared even as he goes up against a prosecution team many times larger. He has gone hard and consistently at his chief message: that Floyd’s consumption of illegal drugs is to blame for his death, rather than something Chauvin did. An autopsy found fentanyl and methamphetamine in Floyd’s system.

In the trial’s second week, Nelson played a snippet of officer body-camera video and asked two witnesses whether they could hear Floyd say, “I ate too many drugs.” The audio was hard to make out, but Nelson got a state investigator to agree with his version of the quote. Prosecutors later played a fuller clip and the investigator backtracked, saying he believed Floyd said “I ain’t do no drugs.”

As the state paraded medical experts to testify that Floyd died because his oxygen was cut off, not because of drugs, Nelson challenged the substance of their findings that the amounts detected in Floyd either were small or that people had survived significantly higher levels. But he also frequently framed questions to include the phrase “illicit drugs,” pointed out there’s no legal reason for a person to have methamphetamine in their system, and asked one witness whether he agreed that the number of deaths of people mixing meth and fentanyl had risen.

“This is a typical tactic that we’d say good defense attorneys do,” David Schultz, a law professor at the University of Minnesota who is watching the trial closely, said. “Not all of them are as subtle or gifted as Eric Nelson.”

When the paramedics first to the scene testified, Nelson’s questions included asking them why they did a “load and go” — that is, putting Floyd in their ambulance and moving a few blocks away before beginning treatment. It implied a delay in potentially life-saving treatment, but also fed into another recurring Nelson theme that prosecutors reject: the officers were distracted from caring for Floyd by a threatening crowd.

Video of the scene worked against the argument, showing about 15 people watching as Floyd was restrained, including several teens and girls, though several were shouting at the officers to get off Floyd and check him for a pulse.

Nelson has at times taken aim at the mountain of bystander, surveillance and body-camera video offered by police, suggesting it only tells part of the story and can be misleading. At one point, Nelson used the phrase “camera perspective bias” to suggest that Chauvin’s knee was not where the camera appeared to show it.

He has also argued that Chauvin was merely following the training he’d received throughout a 19-year career, even as several police supervisors — including Arradondo  — testified otherwise. Nelson showed jurors an image from department training materials of a trainer with a knee on the neck of an instructor playing a suspect, and got some witnesses to agree generally that use of force may look bad but still be lawful.

Brandt said anything Nelson can do now – while the state is presenting its case – is huge, and will only serve as building blocks that he can use when he starts presenting his own case.

Schultz said attorneys have to be careful. He noted how Nelson’s questioning of Donald Williams, one of the most vocal bystanders, sparked a backlash on social media. Users accused Nelson, who pressed Williams on whether he was angry and repeated his profanities in court, of perpetuating an “angry Black man” trope.

Some jurors might have felt the same, Schultz said.

“You as the attorney have to sell yourself to the jury,” Schultz said. “And an attorney who risks pushing too far risks being disliked by the jury, and that’s damaging to the case, too.”