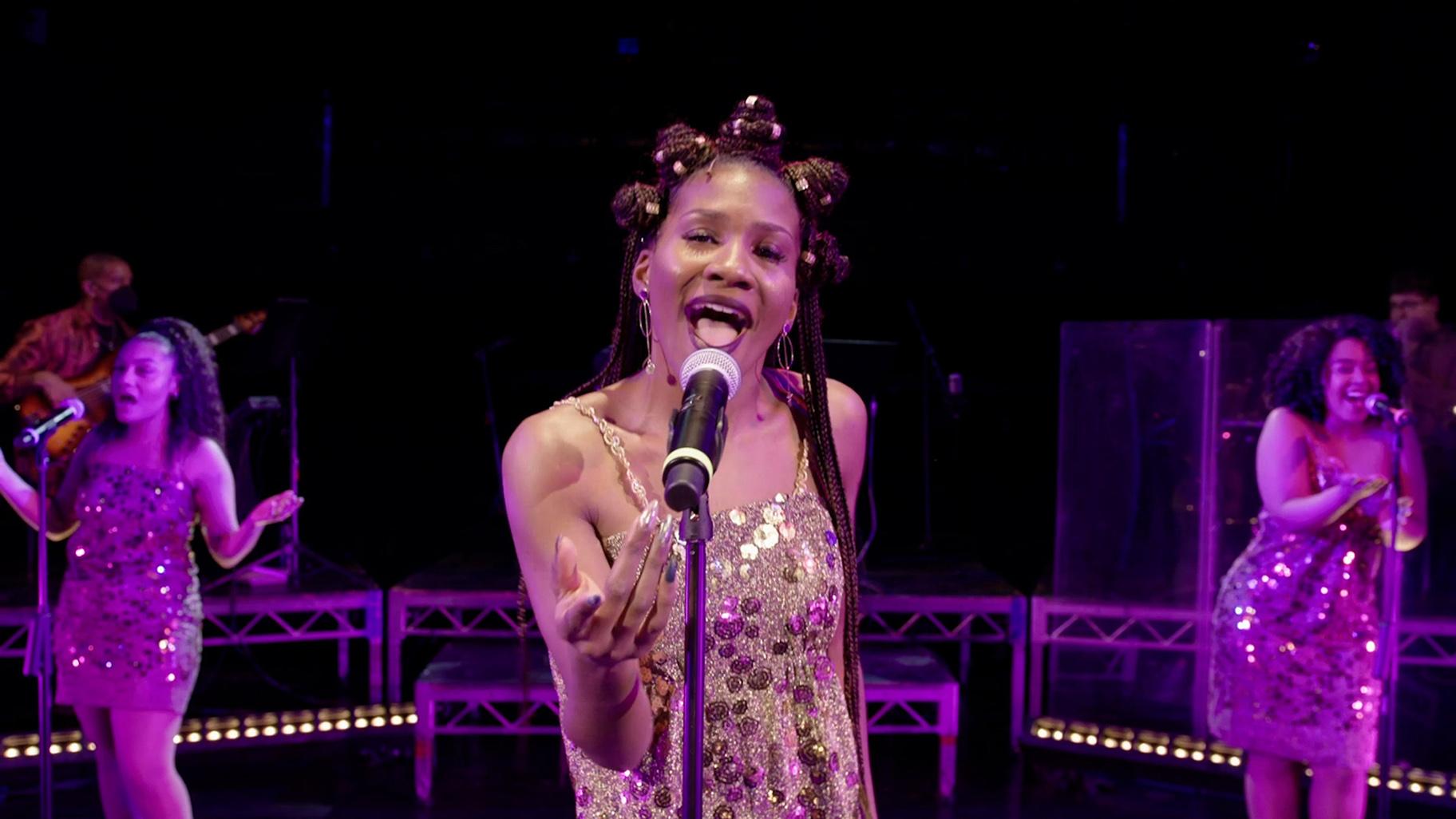 This past Friday marked the one-year anniversary of the grand-scale shutdown of Illinois in the face of the COVID-19 pandemic. And of course that also marked the moment when the lights on Chicago’s many stages were abruptly turned off.

Porchlight Music Theatre had been on a real roll by then, and had just finished the run of its widely acclaimed production of “Sophisticated Ladies” — a knockout song-and-dance revue celebrating the music of Duke Ellington that might easily have gone on to a commercial run. Of course, time stopped in many ways for live theater, and the dream of returning to live performance is still in the offing. But you could almost have fooled virtual audiences this past Saturday evening as Porchlight raised a virtual curtain on its sensational fundraising show, “Chicago Sings Rock & Roll Broadway,” which, happily, will stream through April 18.

A lavish production featuring 50 actor-singers, dancers and musicians — filmed by videographer/editor Orel Chollette on the stage of the company’s Gold Coast home in the Ruth Page Center for the Arts — this benefit production also included the presentation of the 2021 Guy Adkins Award for Excellence in the Advancement of Music Theatre in Chicago to Felicia P. Fields. 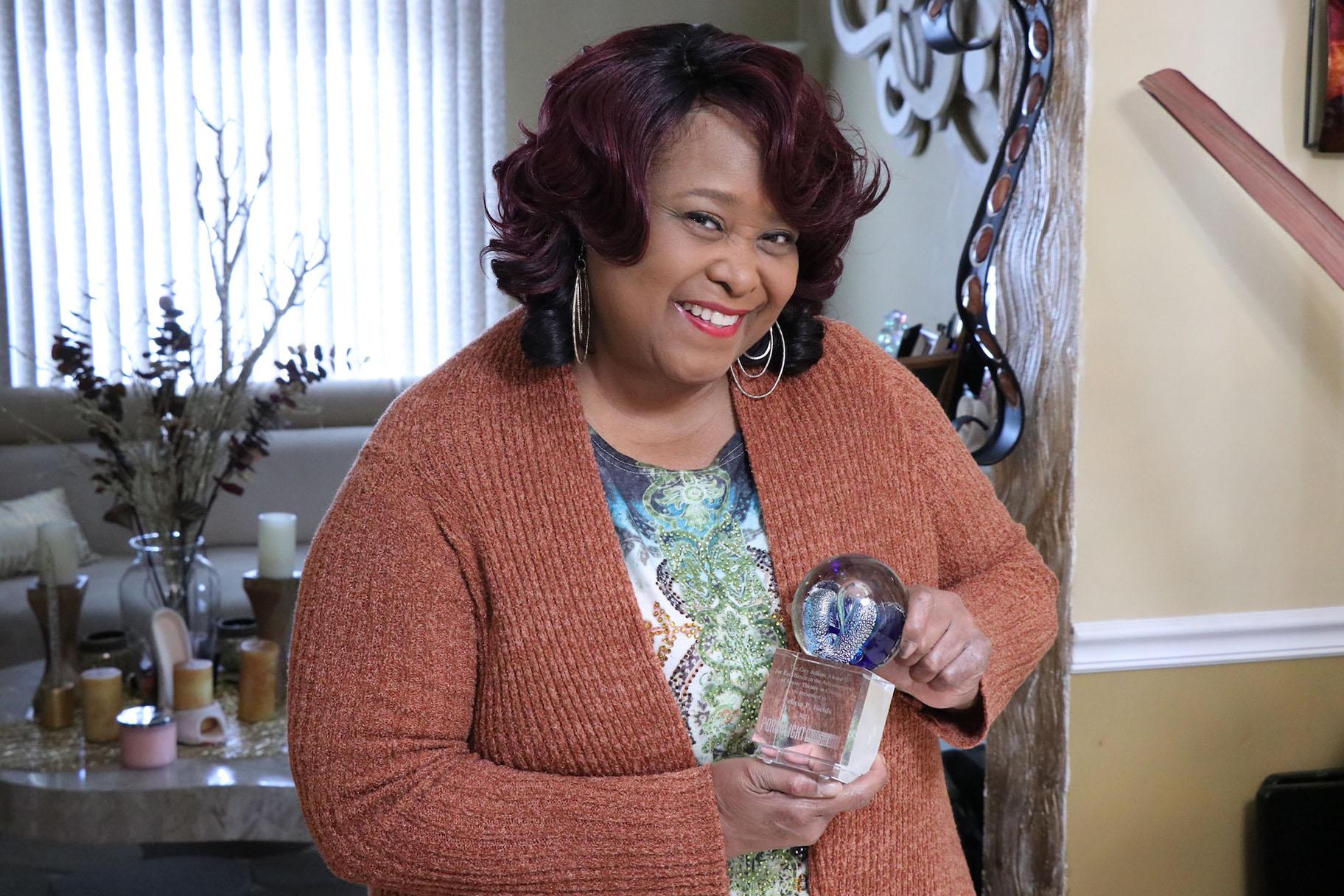 Felicia P. Fields with the Guy Adkins Award for Excellence in the Advancement of Music Theatre in Chicago. (Courtesy of Porchlight Music Theatre)

Fields, the revered Chicago-bred actress-singer who has appeared on a slew of stages throughout this and many other cities, and received a Tony Award nomination for her performance as Sofia in the Broadway production (and first national tour) of “The Color Purple” — was feted by director Gary Griffin and a slew of her fellow performers from Chicago and New York. And she delivered a beautiful acceptance speech that paid homage to the many other directors, friends and family members (including E. Faye Butler and the late, great Guy Atkins), who encouraged her to move from church choir work to theater diva. (An adorable cameo by her grandson added to the fun.)

But it is the grand theme of the show — deftly conceived and directed by Michael Weber (Porchlight’s ever ingenious artist director) — that makes all the difference, and turned the program into a dynamic musical theater history lesson. True to its title, it traces the evolution of Broadway scores from the 1960s until now, and explores the many ways in which pop music (as well as modern life) has expanded and altered the sound of musical theater. And it uses Chicago talent to tell the story. 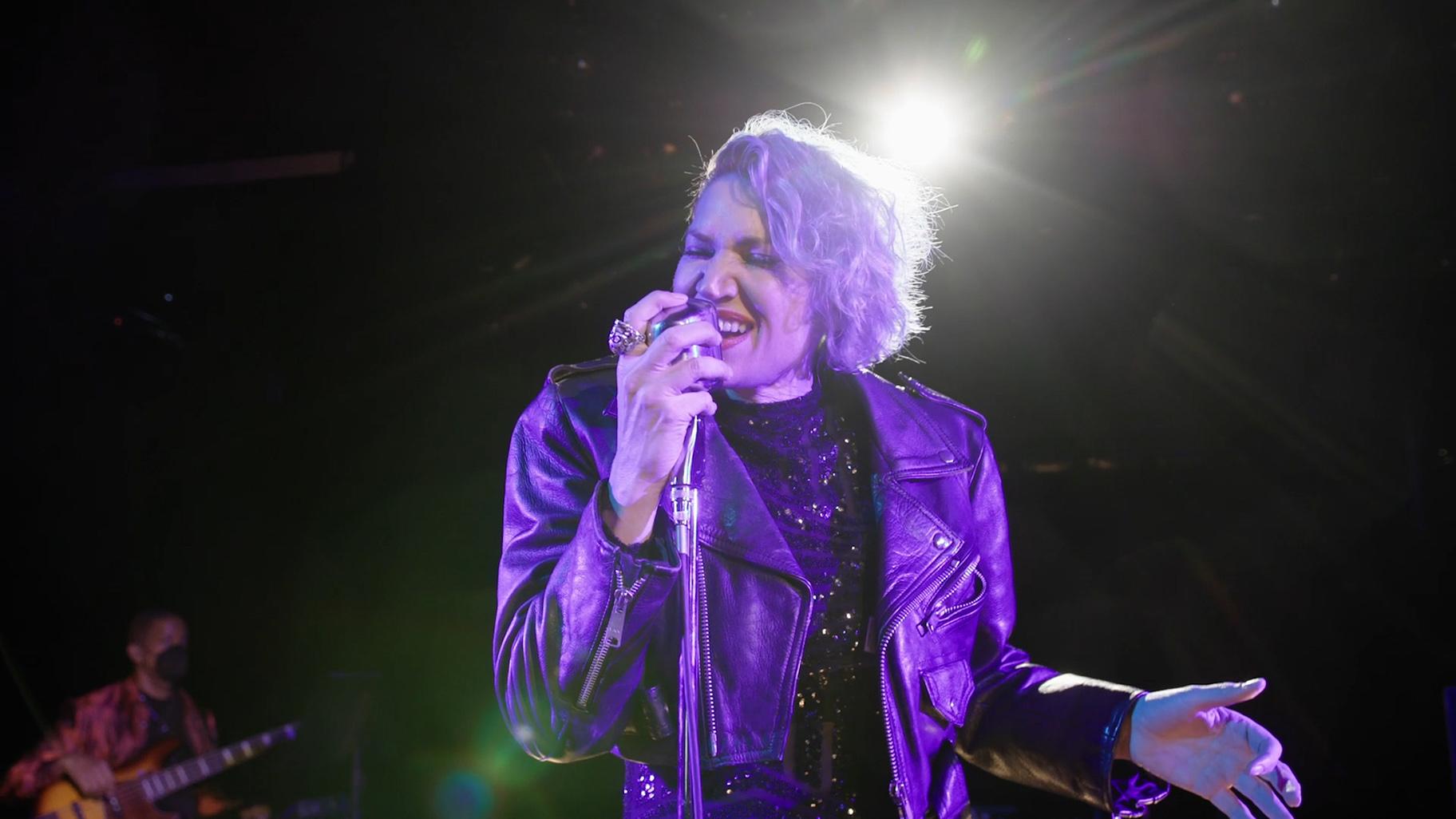 Jermaine Hill serves as music director of the program’s first half (which ranges from the 1960s through the 1980s), and Linda Madonia helms the second act, which moves through the two decades of the 21st century. The show’s terrific five-piece band includes Dave Saenger, Greg Strauss, Kelsee Vandervall, Chuck Webb and Justin Kono.

It all begins with a nod to the Elvis Presley-esque “Bye Bye Birdie,” and then it’s on to the groundbreaking “Hair,” followed by the many Bible-inspired riffs of the 1970s (“Godspell,” “Joseph and the Amazing Technicolor Dreamcoat,” and “Jesus Christ Superstar”). It then moves on to the 1980s (with the retro “Little Shop of Horrors,” “Dreamgirls” and “Hairspray”), and bows to such Euro-bred spectacles as “Miss Saigon,” “Cats,” “Tommy” and “Evita.”

The second act homes in on such audacious shows as “Rent,” “Spring Awakening” and “Hedwig and the Angry Inch,” before nodding to “Kinky Boots” and “Waitress,” and then turning to a joyful overview of such jukebox musicals as “Million Dollar Quartet,” “Buddy,” “Jersey Boys” and “Beautiful.” And finally it’s on to “Jagged Little Pill,” featuring the songs by Alanis Morissette and Glen Ballard from a show that opened just in time to be eligible for a pre-lockdown Tony nomination. 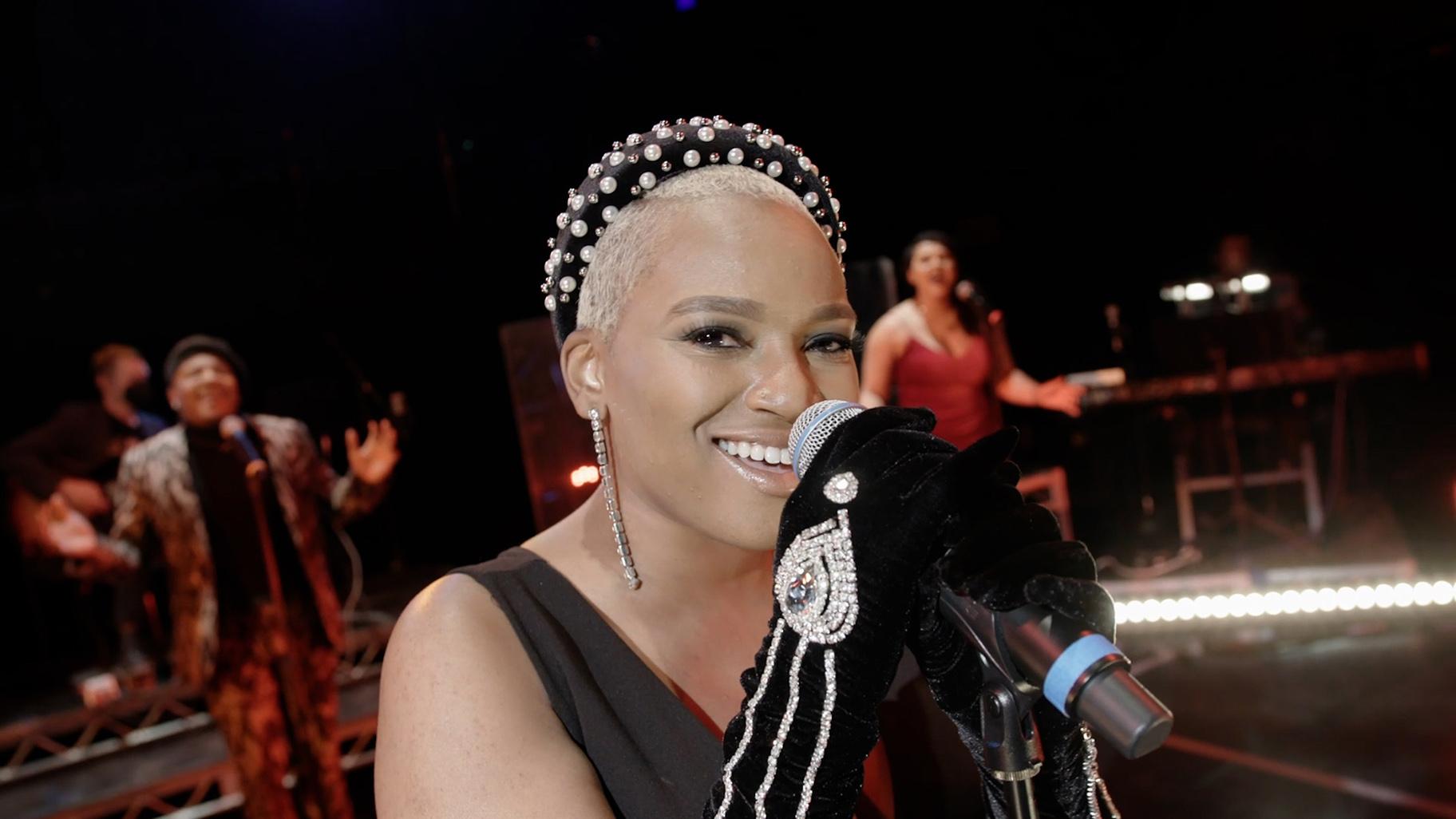 The show’s performers — a mix of both familiar and unfamiliar faces — are too numerous to mention one by one. But among those leaving exceptionally strong impressions were Darilyn Burtley, Aalon Smith, Chuckie Benson, Ariana Burks, Nik Kmieck, Michelle Lauto, Sawyer Smith, Bethany Thomas and Andrew Mueller.

The truth is, I am not in the habit of reviewing fundraising benefits. But by the end of “Chicago Sings Rock & Roll Broadway” (which also paid tribute to Porchlight’s many ongoing youth education programs), I couldn’t help thinking that this show could be slightly expanded and, as a most fitting and well-deserved homage to the many Chicago artists who made it through the pandemic, might be co-produced by Broadway in Chicago on one of its main stage Loop theaters. It would be a well-deserved reward for the city’s performers and audiences alike. And that guy named Lin-Manuel Miranda might even grant special permission to use a song from “Hamilton.”

Meanwhile, for tickets to the virtual production visit www.porchlightmusictheatre.org.