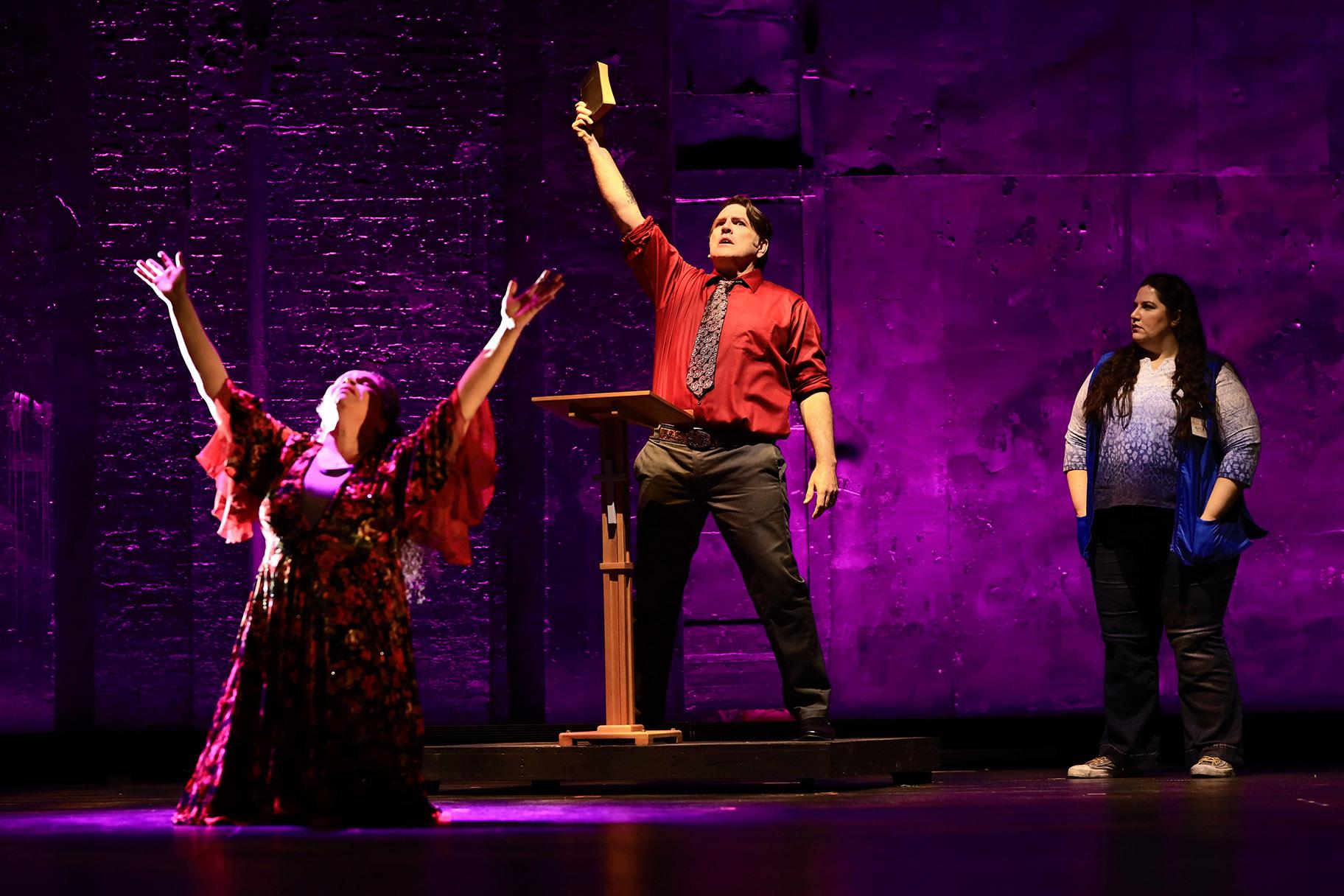 While most of this country’s major opera companies are suffering the painful slings and arrows of the pandemic scourge, Chicago Opera Theater — that ever-enterprising company that never fails to present new and rarely produced operas in top-notch productions — continues to soldier on. And its latest production, “Taking Up Serpents,” a raw, blistering, no-holds-barred, 75-minute work about a Pentecostal family in the American South, is another example of its musical, theatrical and thematic daring.

(Livestreamed on the stage of Chicago’s Studebaker Theater, with all the COVID-19 protocols in place for the singers, and an excellent 13-piece orchestra under the blistering direction of conductor and COT music director Lidiya Yankovskaya, the stream continues through March 2 only, but I hope it can be extended, or, even better, hope the opera can be remounted “live” once theaters reopen.)

With a powerhouse, richly theatrical, regionally tinged score by composer Kamala Sankaram (a devout feminist of Indian and American parentage, who grew up in a remote southern California town), and a feverishly colloquial libretto, as well as fiery direction by Jerre Dye (who was raised in a Pentecostal church in the South where, as he explains in a pre-show interview well worth watching, “preaching was like theater”), the opera coils itself around you like the poisonous snakes so emblematic to the story. And it never lets go.

At the center of the story is Kayla (soprano Alexandra Loutsion), the 25-year-old daughter of a profoundly troubled and often violent snake-handler/preacher father (baritone Michael Mayes), and mother Nelda (mezzo Leah Dexter) — a woman who is devoutly loyal and willingly subservient to her husband, and whose direct connection with God is manifested through speaking in tongues. 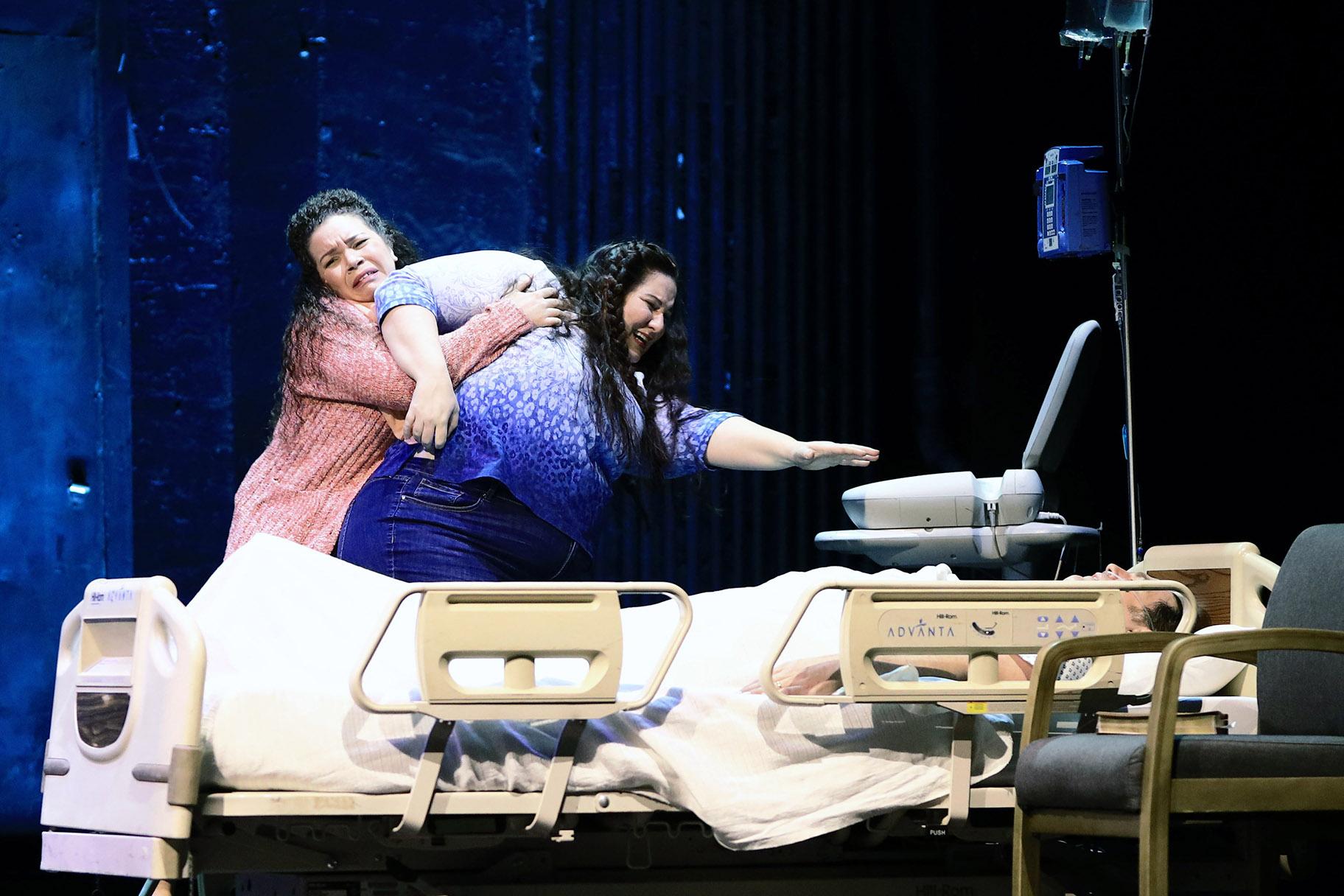 The opera opens as Kayla, who has left home to find herself, and is working a menial job in a Save Mart, gets a desperate call from her mother telling her that her father has been bitten by one of his poisonous rattlesnakes and is dying in a hospital.

Although she decides to return home on a Greyhound bus, Kayla is besieged by the memory of traumatic events from her childhood, when her father — who had wanted a son rather than a daughter — tests her faith (and his own) in God, and mocks her fearfulness, which in many ways is a manifestation of his own fears and failure. Daddy is, by his own drunken admission, a broken, useless, godless man who nevertheless begs to be saved. 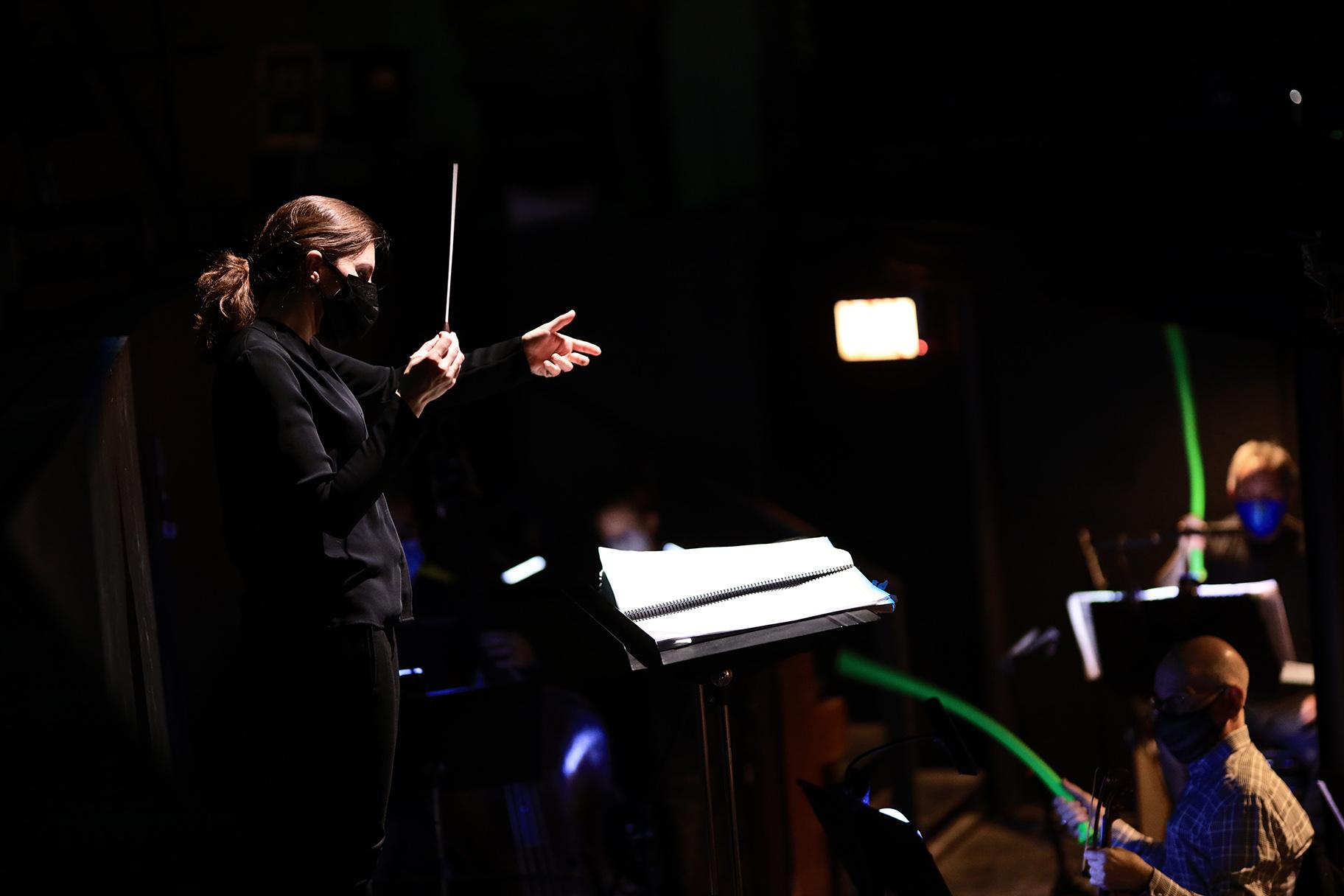 The voices and explosive acting of the production’s three principals is uniformly outstanding, with notably knockout scenes between the young Kayla and her father, and between Kayla and her mother at Daddy’s deathbed.

There also is fine supporting work from Ann Rosen (as Kayla’s foul-mouthed co-worker at the Shop Mart), the Greyhound bus driver (Justin Berkowitz), and other passengers (Morgan Middleton and Rachel Blaustein).

An emotionally brutal portrayal of battered American lives, of male-female power struggles, and of the destructive mix of faith and fury, “Taking Up Serpents” could not be more timely or provocative. Catch it if you possibly can.

For tickets and news of future productions visit cot.org.