Democrats Ask Trump to Testify Under Oath in Senate Trial 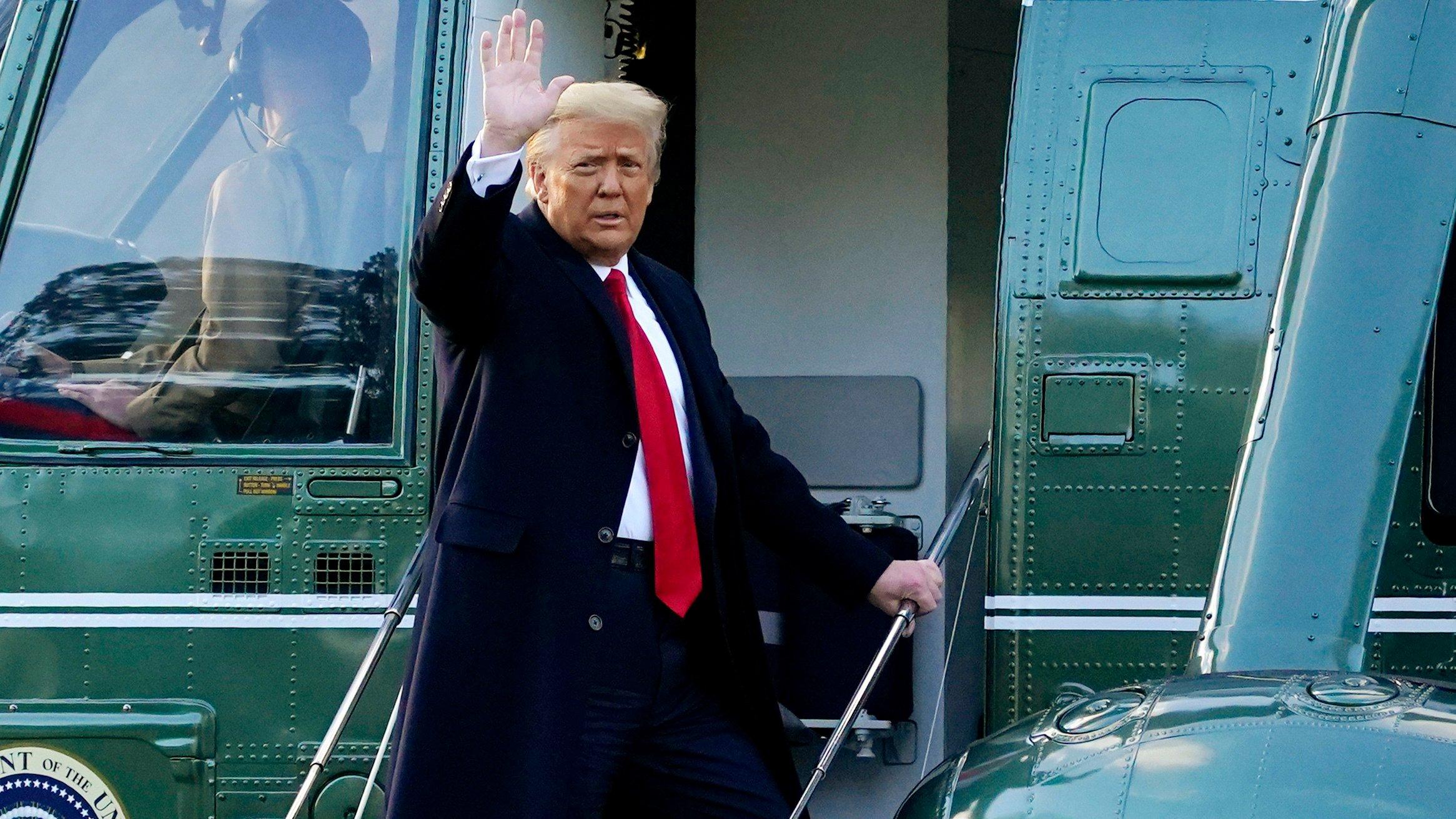 In this Wednesday, Jan. 20, 2021, file photo, President Donald Trump waves as he boards Marine One on the South Lawn of the White House, in Washington, en route to his Mar-a-Lago Florida Resort. (AP Photo / Alex Brandon, File)

WASHINGTON (AP) — House Democrats on Thursday asked Donald Trump to testify under oath for his Senate impeachment trial, challenging the former president to explain why he and his lawyers have disputed key factual allegations at the center of the case.

The request from House impeachment managers does not require Trump to appear — though the Senate could later subpoena him — but it does warn that any refusal to testify could be used at trial to support arguments for a conviction. Even if Trump never testifies, the request nonetheless makes clear Democrats’ determination to present an aggressive case against him even though he has left the White House, and it challenges him to personally explain the words of his attorneys.

A Trump adviser did not immediately return a message seeking comment about the managers’ letter.

The Senate impeachment trial starts Feb. 9. Trump is charged with inciting a mob of his supporters that stormed the Capitol on Jan. 6. Democrats have said a trial is necessary to provide a final measure of accountability. They are also aiming to disqualify him from ever seeking office again.

In the letter, Democratic Rep. Jamie Raskin, one of the impeachment managers, asked that Trump provide testimony “either before or during the Senate impeachment trial,” and under cross-examination, about his conduct on Jan. 6, as early as Monday, Feb. 8, and not later than Thursday, Feb. 11.

The request from Raskin cites the words of Trump’s own attorneys, who in a legal brief earlier this week not only denied that Trump had incited the riot but also asserted that he had “performed admirably in his role as president, at all times doing what he thought was in the best interests of the American people.”

With that argument, Raskin said, Trump had questioned critical facts in the case “notwithstanding the clear and overwhelming evidence of your constitutional offense.”

“In light of your disputing these factual allegations, I write to invite you to provide testimony under oath, either before or during the Senate impeachment trial, concerning your conduct on January 6, 2021,” Raskin wrote.

Raskin wrote that if Trump refuses to testify, the managers will use his refusal against him in the trial — a similar argument put forth by House Democrats in last year’s impeachment trial, when many Trump officials ignored subpoenas.

“Indeed, whereas a sitting president might raise concerns about distraction from their official duties, that concern is obviously inapplicable here,” Raskin wrote.

Trump can decline the request to testify, and the impeachment managers do not have the authority to subpoena witnesses now since the House has already voted to impeach him. The Senate could vote to subpoena him, or any other witnesses, on a simple majority vote.