What role did a Chicago tycoon and a haunted mansion play in the expansion of the American West?

Geoffrey Baer has the story of the Peter Schuttler Wagon Works in this week’s Ask Geoffrey.

Is anything left in Chicago of the Peter Schuttler wagon company? How big a deal was the company in the first place, and what products did they make?

We don’t often think about it today, but wagons were once the main form of transportation in Chicago and across the American West, carrying precious goods, belongings and lives with literal horsepower.

One of the premier players in the wagon trade was the Peter Schuttler Wagon Works, founded in Chicago in 1843.

To answer part of the question – we couldn’t track down any remnants of the company in Chicago today.

But Schuttler’s wagons were well-known in Chicago and throughout the American West for decades – in part thanks to expansive advertising campaigns hawking “the Old Reliable Peter Schuttler Wagon.”

Schuttler’s origins were modest: He was a German immigrant who started building wagons shortly after he arrived in Chicago, in a small shop at Randolph and Franklin streets.

It turned out to be perfect timing – over the next few decades, the wagon trade would explode as settlers – many of European descent – flocked west. 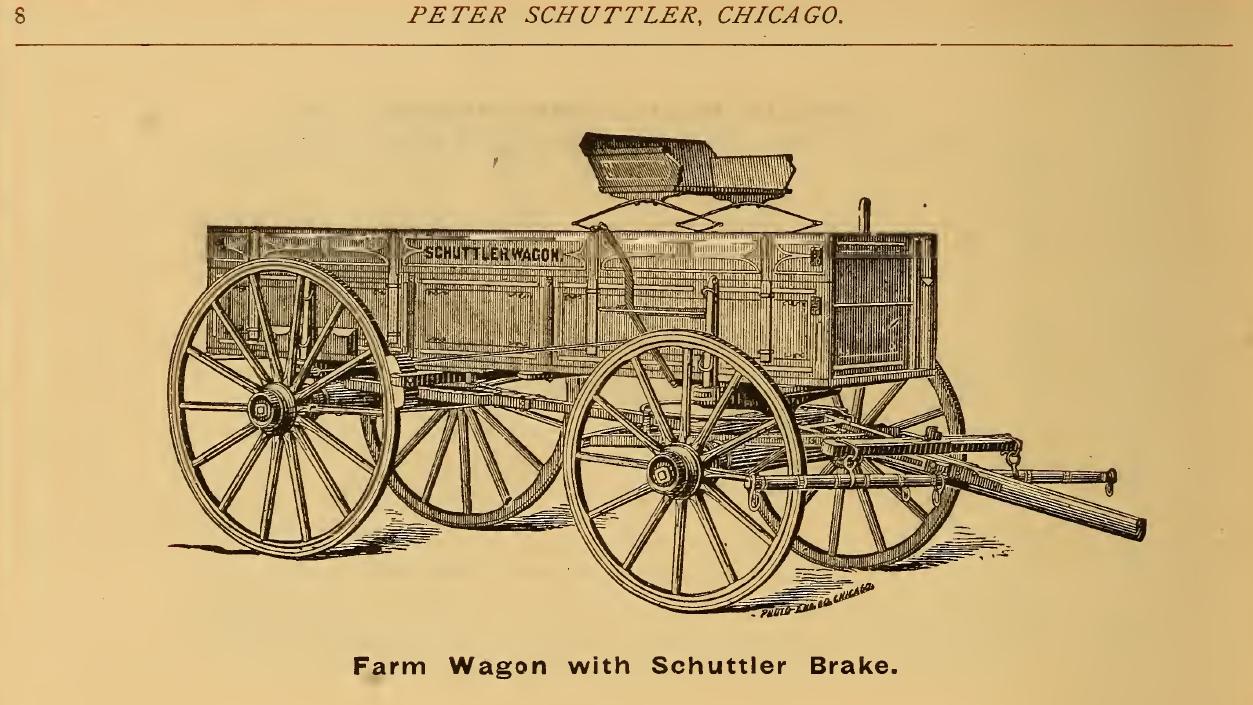 Schuttler’s wagons were sold locally but also by agents all over the country, in places like Dallas, downstate Carbondale, and St. Louis, the “gateway to the West.”

By the 1860s, Schuttler had become one of Chicago’s richest residents.

Of course, his success came at the expense of the west’s original citizens – Native Americans who were systemically displaced, and often killed, in the United States’ ruthless push westward. 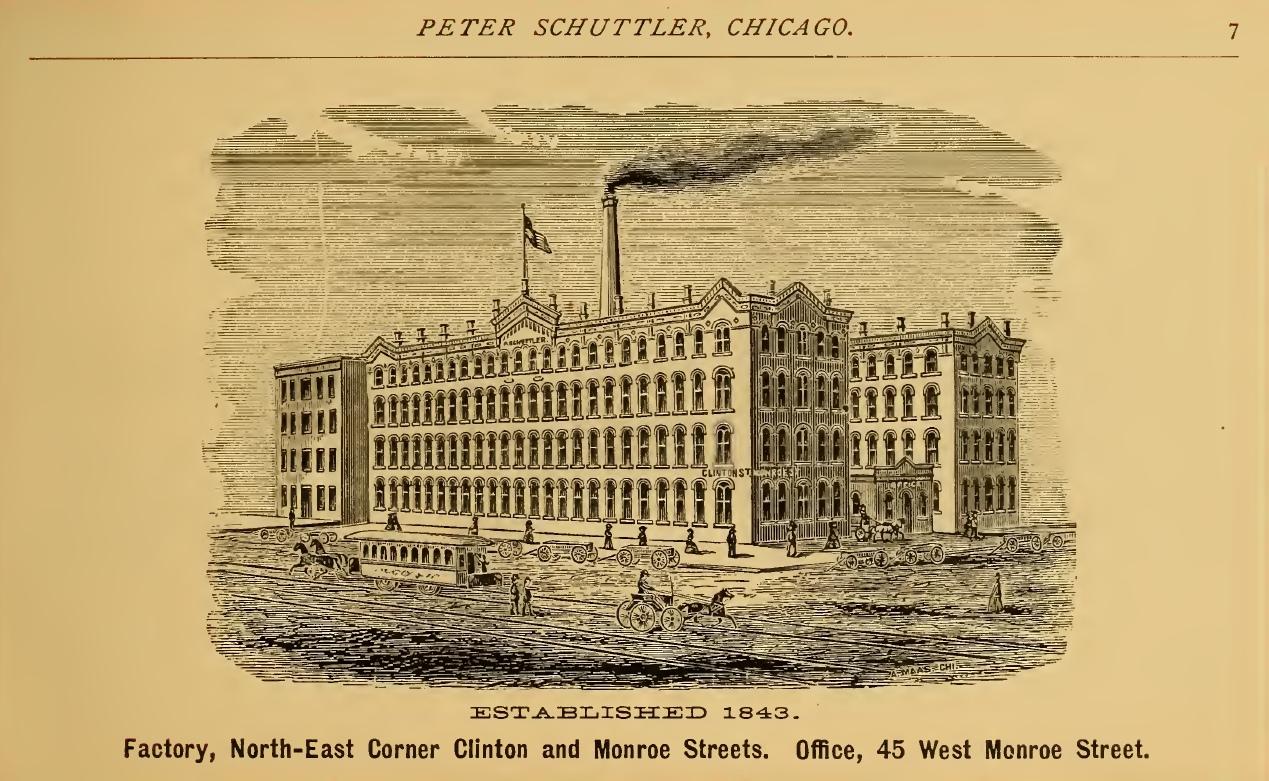 When Schuttler died in 1865, the business was carried on by his son, Peter Schuttler II. The company eventually built a massive factory at the corner of Clinton and Monroe in what is today the West Loop.

By the 1880s, it’s estimated that 30,000 Schuttler wagons had crossed the Western frontier.

The Wagon Works would eventually move to a new facility at Rockwell and 22nd Street – today Cermak Road – in Little Village. It still employed 300 people in 1910 – but by then the writing was on the wall.

A pesky little invention known as the automobile was gaining popularity. Schuttler officially closed and sold off its brand in 1925.

Schuttler’s wagons were used for pretty much everything we use cars and trucks for today.

By the 1870s, the company was producing at least a dozen different types of wagons.

They included the spacious “farm wagon” – some used by so-called “truck farmers” to transport goods into the city from farms in what are now the Chicago suburbs on wooden plank roads like Milwaukee Avenue.

They also manufactured “freight wagons” – or what we’d call a covered wagon today.

Some Schuttler wagons can actually still be found around the country today, most of them in the care of museums and collectors. 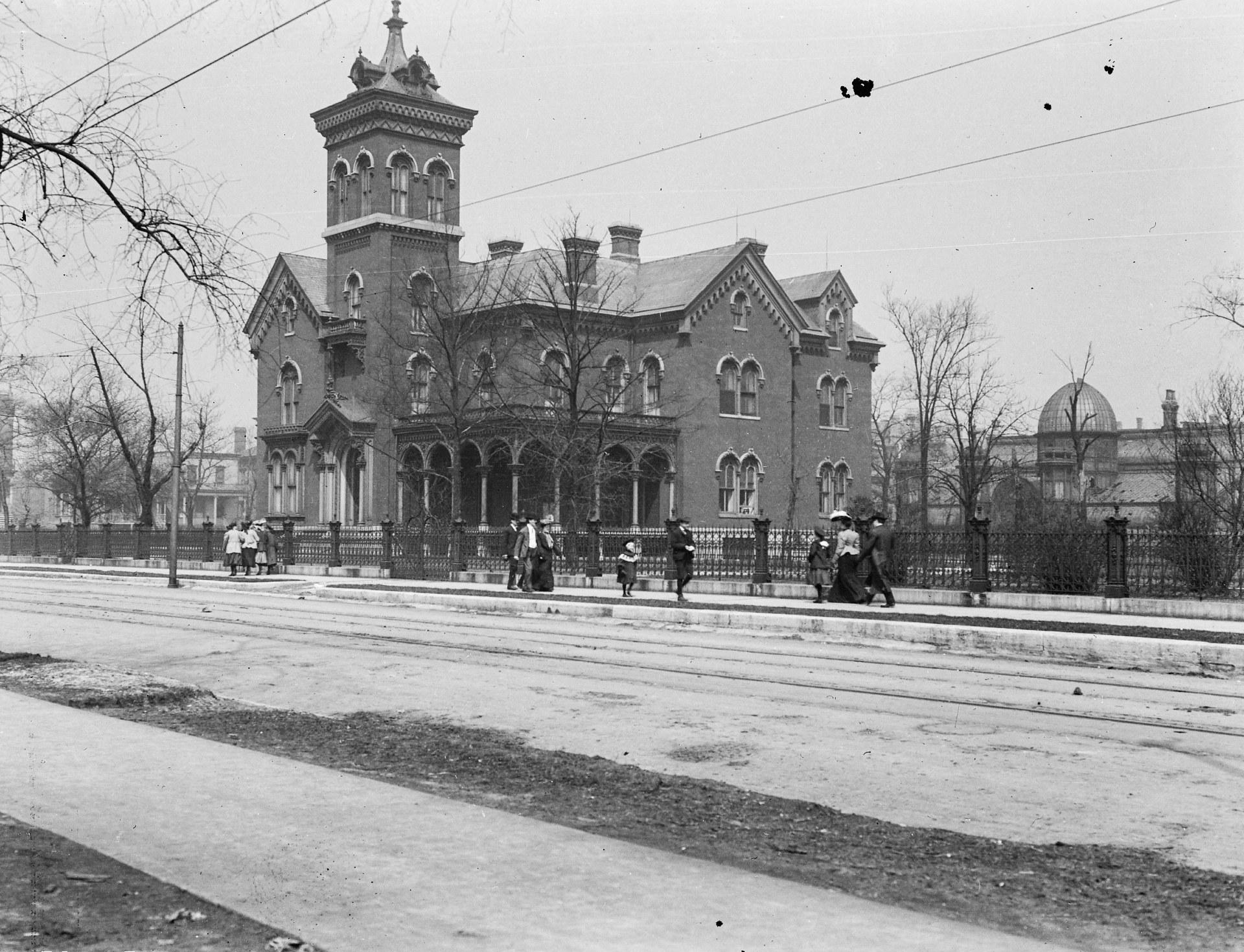 And Schuttler’s reputation for quality wasn’t the only thing that outlasted his relatively short life.

In 1863 Schuttler began construction on an opulent mansion for his family on Adams Street, between Morgan and Aberdeen.

But he died soon after its construction – prompting rumors that the house was cursed.

It lay vacant for many years, fueling tall tales of ghosts and phantoms.

The saga was detailed in a 1913 article in the Chicago Inter Ocean newspaper. The writer called the mansion a “reputed rendezvous of ghosts and avenging spirits” – and one of those ghosts was said to be Peter Schuttler himself, haunting the long empty hallways and overgrown grounds.

Today the building is long gone, and the site is home to an HVAC appliance distribution center. We can’t say if any of the workers there has ever opened up a new water heater or boiler and been greeted by the ghost of Peter Schuttler inside.