It was the common redpoll that put him over the top.

Isoo O’Brien, 17, was at Montrose Point Bird Sanctuary in late October when he spotted the rare visitor to Chicago. It was the 282nd bird species he had seen in 2020 and that broke the record for Cook County.

O’Brien has been birding since he was 9 years old. His bird-loving grandparents happened to come to town during spring migration and took him to Montrose. He was hooked.

“In that one day I saw more than 50 bird species,” said O’Brien, now a senior at Evanston Township High School. “I just thought it was the craziest thing and I've never stopped.”

Not only did he enjoy going out to see birds, he wanted to learn everything about them and their migration patterns so he could see more and different birds. And going for the record would take him well beyond Montrose.

“On a Saturday night, I’ll go upstairs and he’s actually on Google Maps looking for alternate areas where birds might land,” says his mother, Cheong Kim, with a smile. “He’s just so imaginative and creative about where he thinks birds might show up.”

That skill served O’Brien well this year as he attempted to break the Cook County record. Birders call it a “big year.”

“A big year is an effort to see as many different species of birds as you can in one calendar year in some geographic area. That can be as small as a town or county or as big as the whole world,” explains Josh Engel, of Red Hill Birding.

Engel is a longtime local birder and international bird guide. Like O’Brien, Engel started birding in Evanston at a young age and is one of

“From Jan. 1 you set off, and every day you need to be out trying to find that next new bird. And at the beginning of the year, the new birds come very quickly through about June,” Engel said. “Then it slows down a lot and that’s when you really need to make sure that you’re keeping your energy up and getting out there.” 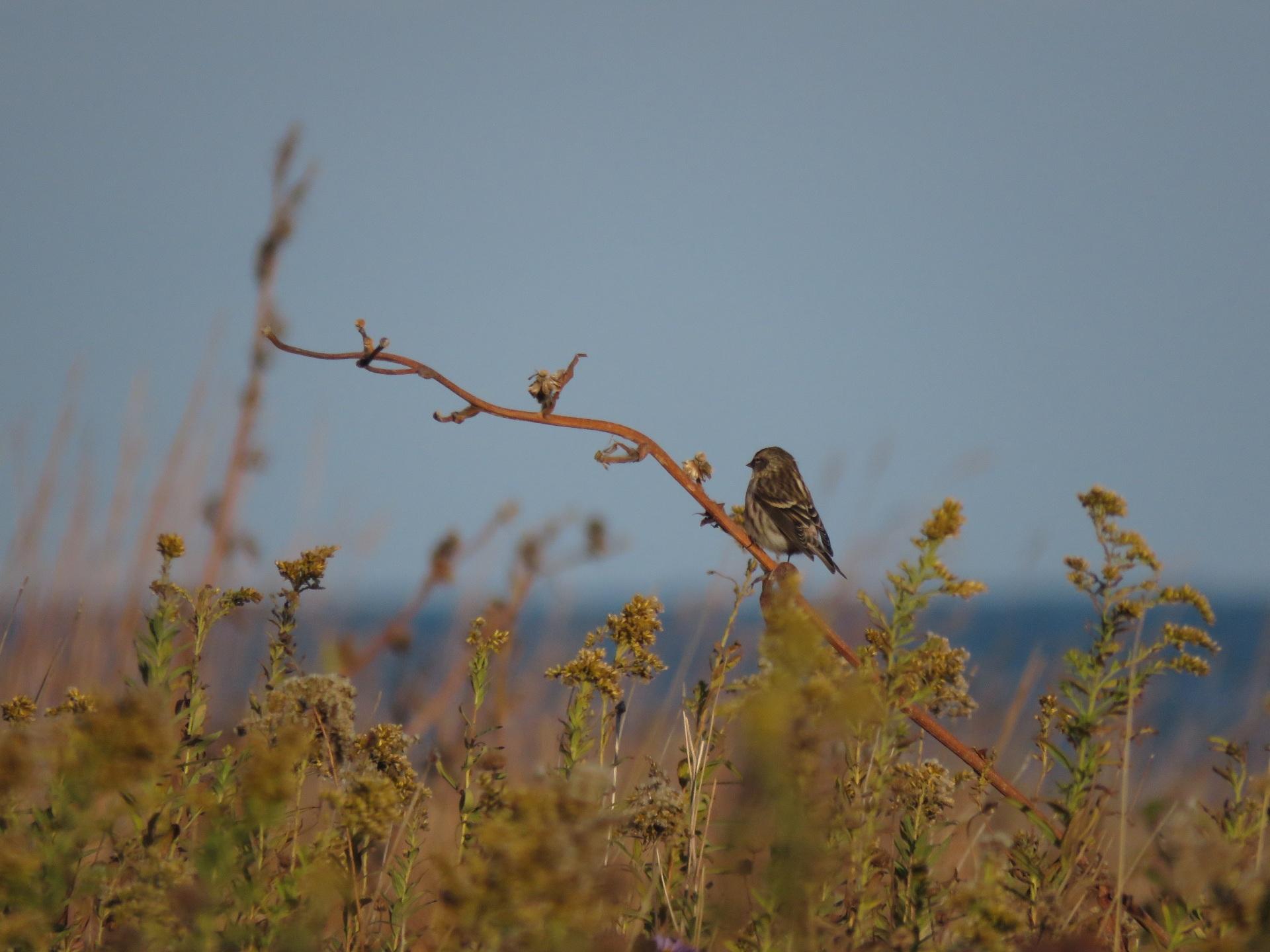 Pictured is a common redpoll, which is the 282nd bird species Isoo O’Brien spotted this year. (Credit: Isoo O’Brien)

Even spring migration was tougher than usual this year, says O’Brien, because the lakefront was closed due to the pandemic. “So that means a lot of our special migration hot spots like Montrose Point and Rainbow Beach and Steelworkers Park on the South Side, those were all inaccessible,” he said.

Rare bird sightings are often posted on “eBird” which makes it easier than ever to increase your numbers. But O’Brien relied on eBird less than others, says longtime Chicago birder Jeff Skrentny.

“Unlike when I did a big county year or other people I know who have done a big country year, he found more of the birds for himself than most people do when they do a big year,” Skrentny said.

While other birders were around to confirm O’Brien’s eared grebe sighting, a big year is built on the honor system and depends on the birder’s reputation, says Engel.

“If there's any question about what you saw during your big year, birders will sort of whisper about it in the next year,” he says with a smile. “You know, whether the record can be believed or not. But one of the great things about Isoo is that we know his record is ironclad. He’s a really great young birder, and we know that what he’s saying he’s seeing he’s actually seeing for sure.”

And, just to be sure, O’Brien has taken a photo of every rare bird he’s seen, even if it is just an iPhone photo taken through his spotting scope.

Though O’Brien has broken the record, he has no intention of slowing down, and says he will continue looking for new birds until the end of the year. It’s like a treasure hunt, he says.

“It’s really hard to explain, but there’s this thrill that comes with a big year. It’s not like there’s any prize money involved or anything like that. But being able to say that you did it is something incredible, and that’s the reward,” O’Brien said.