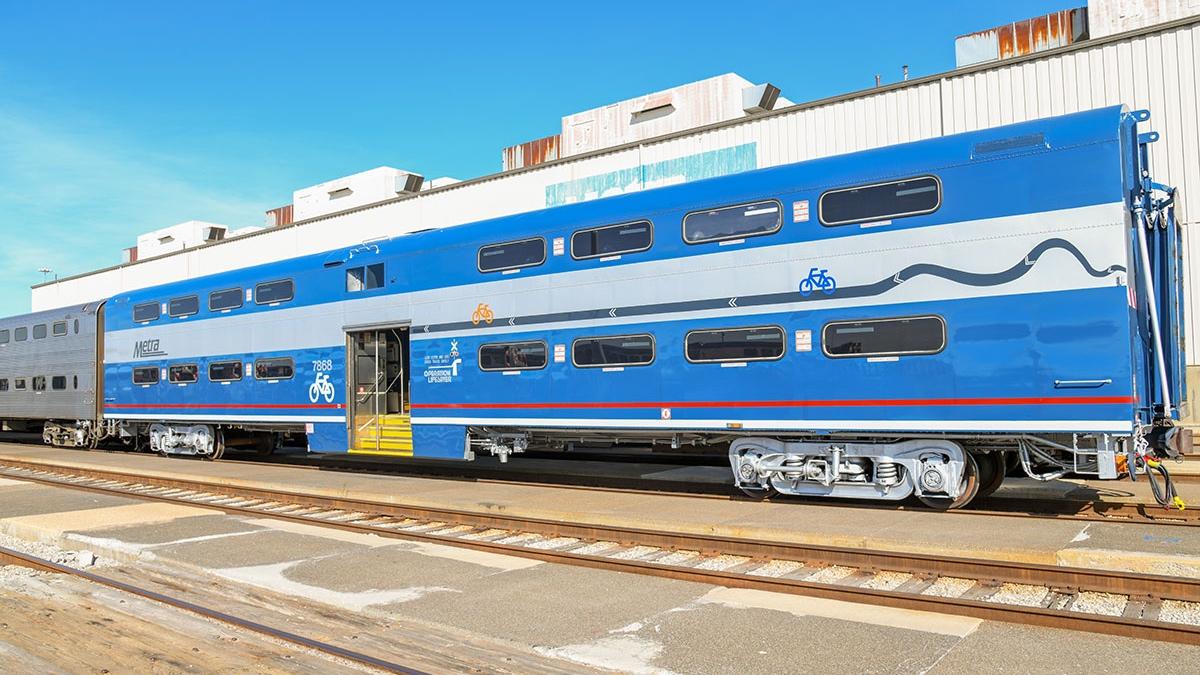 Starting this weekend, cyclists can let Metra do some of the peddling for them. The transportation agency’s first-ever Bike Car makes its debut Saturday on the Milwaukee District North Line as part of a pilot program that will run through spring 2021.

The dedicated rail car will be able to carry 16 bikes and is identifiable by blue and gray paint and decals next to the exterior doors. The car will run on four inbound and four outbound trains during the week and two inbound and two outbound trains on Saturdays, Metra said in an announcement. Sundays could be added at a later date. (Go here to check out the schedule.)

According to Metra, the Milwaukee District North Line was chosen for the pilot because of the number of cyclists who use the line, as well as the line’s proximity to forest preserves and trails.

The announcement met with approval from the advocacy group Active Transportation Alliance, which applauded the Bike Car on social media.

“This is the type of project all transit agencies should be pursuing during COVID,” the group posted on Twitter.

Metra retrofitted a Pullman car from the late 1960s to create the new Bike Car. Bikes can be loaded onto the lower level of the double-decker car and seats remain on the upper level for passengers to travel with their bikes.

As a further commitment to cyclists, Metra also announced that beginning Monday it will temporarily allow bikes on all trains across all 11 lines. There will be limits to the number of bikes permitted and space is not guaranteed, particularly on rush-hour trains.

.@Metra deserves credit for taking this creative approach as it struggles mightily during the pandemic. All our transit agencies should be looking for ways to better serve current and potential new riders by adapting their service models. https://t.co/6oY8Hj2JPq