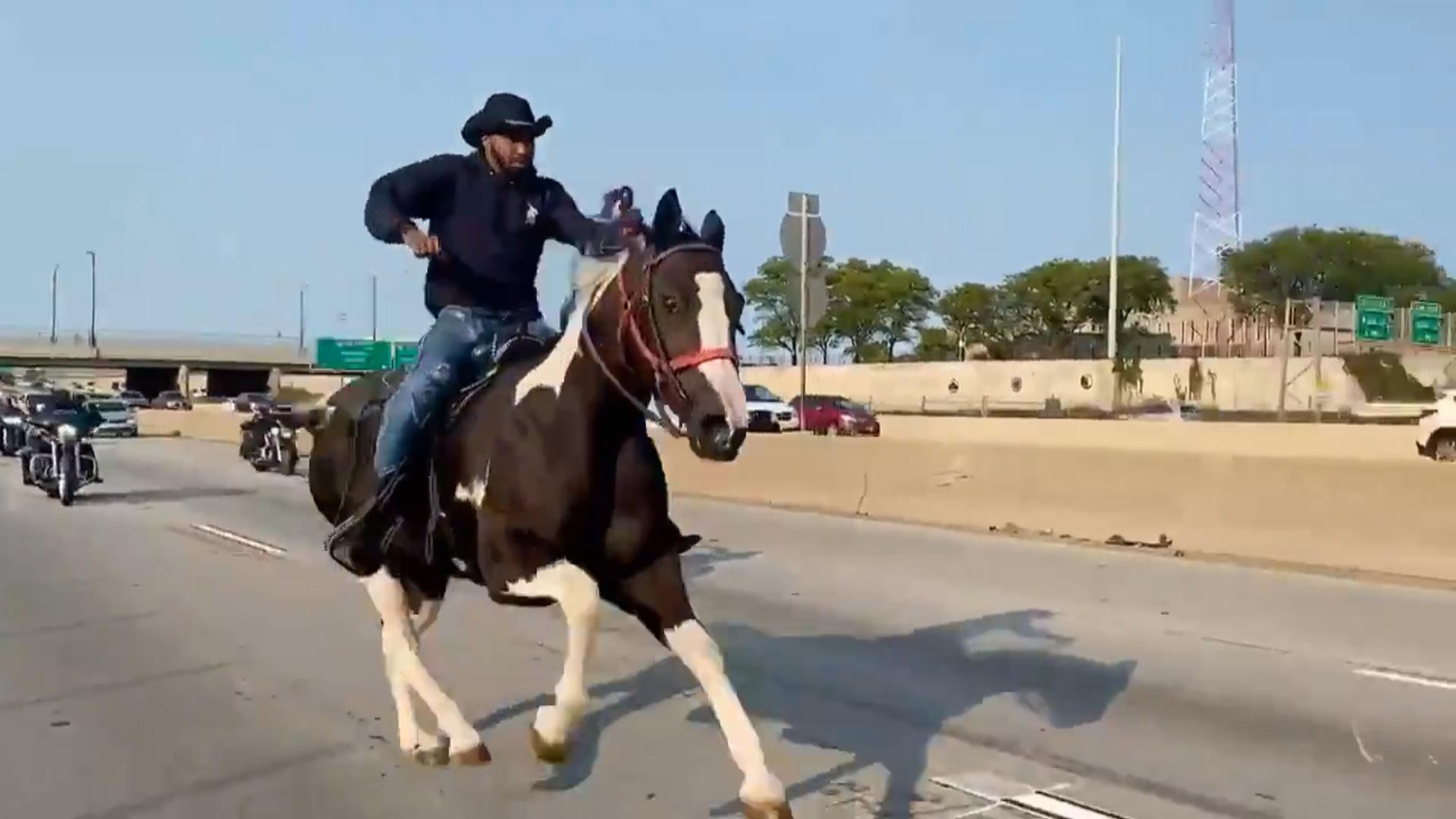 (CNN) — Drivers on a Chicago highway saw an unusual sight on Monday afternoon: A single cowboy riding alongside vehicles, slowing down traffic amid rush hour.

The Dreadhead Cowboy, a local celebrity whose real name is Adam Hollingsworth, said he rode down the Dan Ryan Expressway in support of the #KidsLivesMatter movement.

The initiative aims to raise awareness and motivate residents to fill out the U.S. Census to help communities receive better funding.

“All imma say until we focus on Kids lives matter this gone keep happening,” he wrote on Facebook ahead of the ride.

Hollingsworth was taken into custody by Illinois State Police. CNN has reached out to the state police for comment.

The cowboy is a known activist in the Chicago community, and has even worked with Mayor Lori Lightfoot to advocate for filling out the Census.

In the video posted to Facebook, Hollingsworth is seen riding down the expressway, seemingly with a motorcycle escort, and yelling "Kids Lives Matter."

Hollingsworth was charged with reckless conduct, disobeying a police officer and criminal trespass to state-supported property, according to the Chicago Tribune.

But Chicago police say “charges have not been finalized in this incident so we have no updates at this time.”

The horse was taken into police custody by the Chicago Police Department, and videos posted to social media showed the horse being loaded into a Chicago Police Mounted Patrol Trailer.

Officers will be transporting the horse to Animal Care and Control, CPD told CNN.