“Joe I am so proud to stand here with you,” Harris said Wednesday. “And I do so mindful of all the heroic and ambitious women before me whose sacrifice, determination and resilience makes my presence here today even possible.”

“This has been a very, very difficult time for people all over the country and we need something to rally around and I think her addition to the ticket really gives people that thread of hope that we’ve all been looking for,” Lightfoot said.

Meanwhile, rapper Kanye West, who announced his bid for president on Twitter last month, missed the deadline to get on the ballot in 10 states, and is struggling to get his name on ballots in key states like Wisconsin.

A new Politico/Morning Consult poll shows that West is getting 2% support overall from registered voters, and 2% among Black voters, but that didn’t move support away from Biden. Instead, it took away support for President Donald Trump.

In Chicago, the fallout from recent civil unrest and looting that followed the police shooting Sunday of a 20-year-old man in Englewood continues.

On Monday, Lightfoot and Police Superintendent David Brown said many people were “emboldened” after being arrested but not charged by Cook County State’s Attorney Kim Foxx during the unrest touched off by the death of George Floyd at the end of May.

Foxx pushed back on that criticism hours later.

“The notion that people believe that they are somehow empowered because people weren’t prosecuted back in the wake of the unrest beginning is simply not true,” Foxx said Monday. “Those cases are coming to court now, as we are now in the month of August. The hearing dates, the status dates for those courses are pending now.”

Lightfoot has restricted access to the Loop through the weekend as a result of the looting. Those restrictions will be lifted Monday morning, city officials said.

In a statement, Black Lives Matter Chicago says the unrest will continue until “the safety and wellbeing of our communities is finally prioritized.”

Some of the businesses damaged by looters early Monday were just beginning to recover from previous looting in May and economic fallout related to the COVID-19 pandemic.

“Stores that were targeted were more than just large chain stores,” Lightfoot said Monday. “They were small businesses and restaurants representing our city’s jobs and livelihoods. All of which were on the process of recovering or on the verge of recovering and getting back to work. And now this.”

Our politics team of Amanda Vinicky, Paris Schutz and Heather Cherone weighs in on these stories and more in this week’s roundtable. 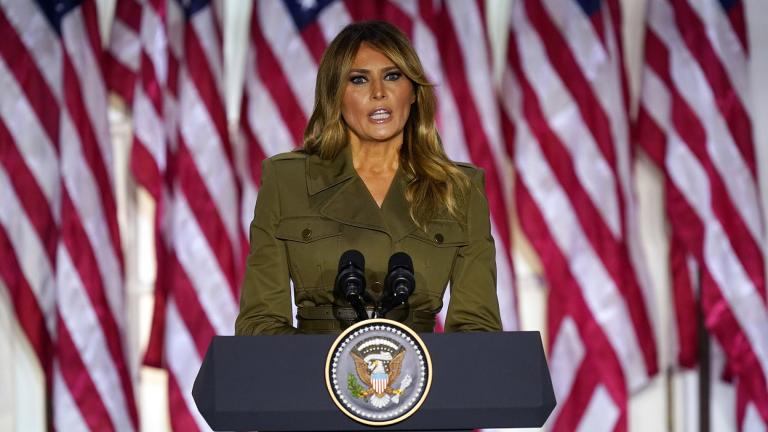 ‘Fighting for You’: First Lady Makes Her Case for Trump Vote 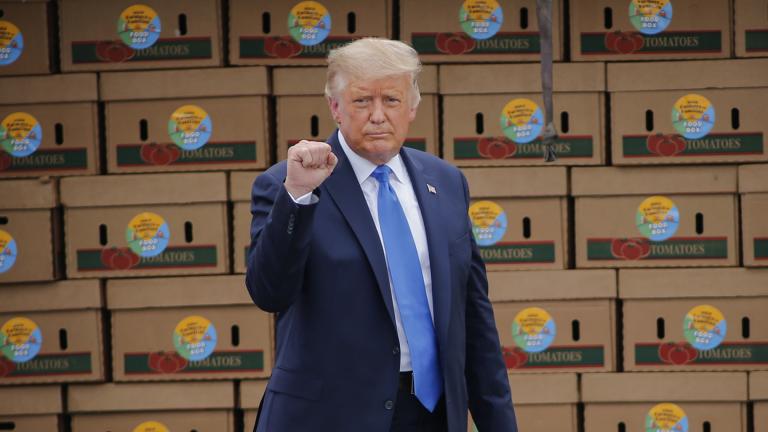 Republican Convention Takeaways: All Trump, All The Time