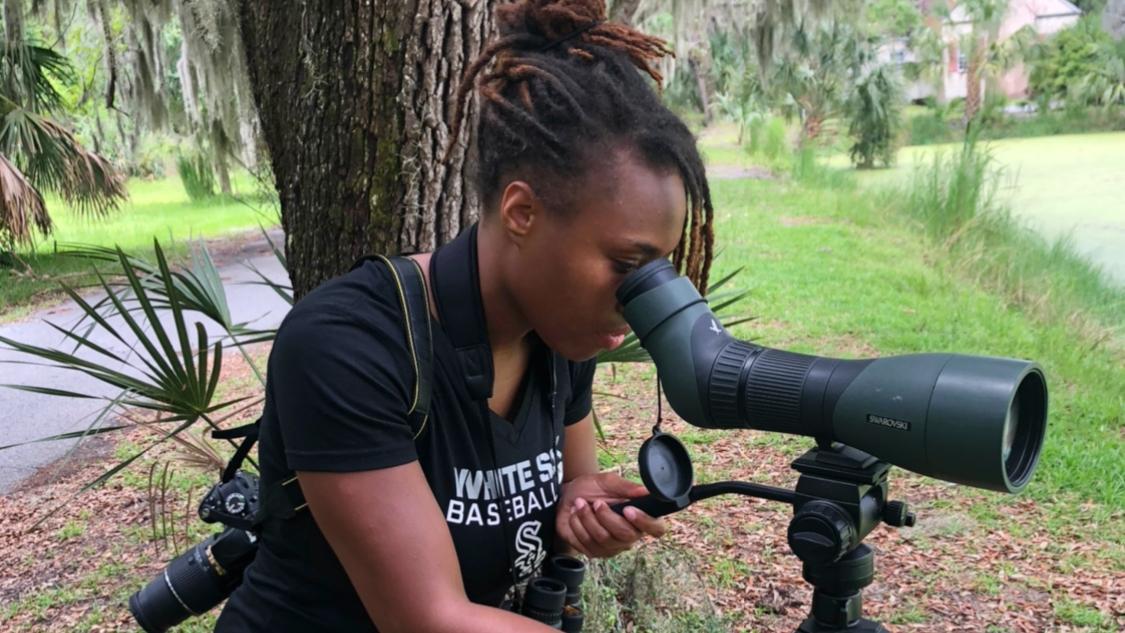 This is how quickly history is being written these days: “Central Park birdwatching incident” already has its own Wikipedia entry.

Video of the verbal confrontation — which involved a white woman named Amy Cooper calling the cops on an African American man, Christian Cooper (no relation), who asked her to leash her dog in the park — was kindling to the civil unrest that erupted in the wake of the death of George Floyd while in the custody of Minneapolis police. The two incidents took place just hours apart on May 25.

Where Floyd’s death has sparked protests against police brutality and spurred calls to defund the police, Christian Cooper’s experience has prompted an examination of the insidious ways in which racism permeates even the most seemingly benign aspects of society, because the outrage expressed against Amy Cooper’s “weaponizing” of police was accompanied by a collective sense of surprise that Christian Cooper was, of all things, a bird watcher.

In response, a group of more than 30 young African American birders and nature lovers created the inaugural #BlackBirdersWeek.

“For far too long, black people in the United States have been shown that outdoor exploration activities such as birding are not for us,” said Corina Newsome, co-founder of the event. “Well we’ve decided to change that narrative.”

The weeklong social media campaign was complemented by Q&A sessions and a pair of livestream discussions titled “Birding While Black.” (According to the U.S. Fish & Wildlife Service, 93% of birders are white.) While reaction to #BlackBirdersWeek was largely positive, and created a newfound sense of visibility and connection among people who previously felt alone, there was a certain amount of pushback, said Deja Perkins, another #BlackBirdersWeek co-founder who is a Chicago native.

Scrolling through the comments that accompanied the event listing for “Birding While Black,” which was hosted on the National Audubon Society’s Facebook page, Perkins said she came across a ton of people saying, “This isn’t necessary, I’m not donating to your organization anymore.”

“It’s really sad. People don’t want to even associate with an organization that’s trying to be more inclusive and let our voices be heard,” said Perkins.

The sense of birds being politicized, and #BlackBirdersWeek dividing the birding community, led others to say, “Don’t bring the birds into this,” Perkins said.

But birds are already part of the conversation and actually have a surprising amount to say about inequality in the U.S., she said. 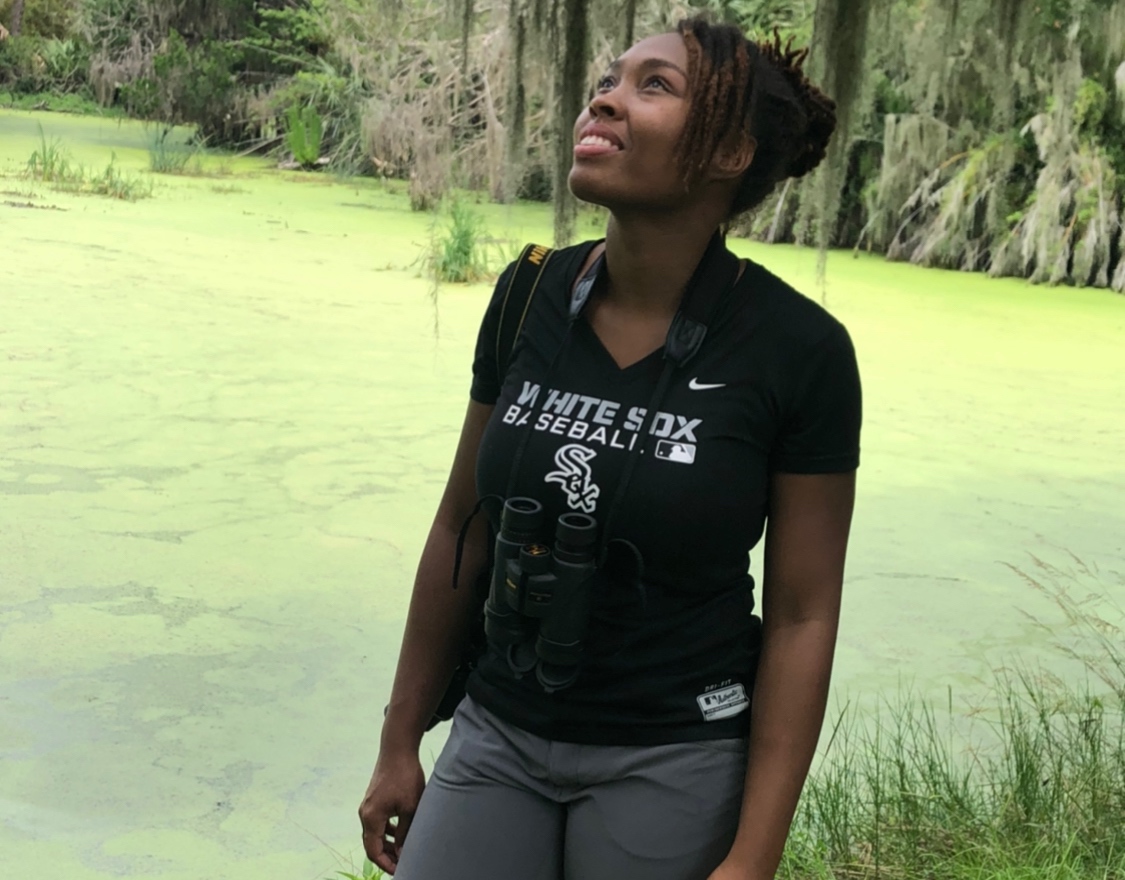 Perkins, an urban ecologist, is researching where birds are found in cities and extrapolating from that data what the presence of wildlife, or its absence, indicates about an area’s socioeconomics or historical systemic structures like racism.

For example, income level can influence things like how many trees or what types of green spaces are found in an area, which in turn influences the number of birds and range of species those areas can support, said Perkins, who’s working toward a graduate degree in wildlife and fisheries conservation biology at North Carolina State University.

Her findings could be used by city planners, naturalists and others to help them make more informed decisions about how best to manage green space in lower-income, minority communities, she said.

Consider the park structure in Chicago, said the 24-year-old Perkins, who grew up in the city’s Pill Hill neighborhood near 95th and Stony Island.

“I think about a lot of the [nature] preserves being more in the suburban areas and about the different types of parks we have in minority neighborhoods that are simply filled with basketball courts and open grass fields for football and things like that,” she said.

“Making sure there are parks that have investment in spaces for wildlife is very important,” said Perkins. “It’s important our children know that their value isn’t only in sports, that there are other options they can do. Having a park that has a trail system, having a park where you can go and see birds or see wildlife, that has this type of diverse vegetation structure that can support a higher diversity of birds, is very important.”

Perkins speaks from experience, because exposure to wildlife changed her life.

It wasn’t until she was in high school, when her mom enrolled her in the Fishin’ Buddies conservation education program, that the animal-loving Perkins discovered there was more to nature than zoos.

Perkins went on to major in natural resources at Tuskegee University. As an undergrad, she fell hard for birds during an internship with the Fish and Wildlife Service in Minnesota, which posted her to the Minnesota Valley National Wildlife Refuge outside of Minneapolis.

“Right across the street from the Mall of America is this migratory hot spot for birds,” said Perkins. “If you’re there, it seems so wild, but you can also hear the planes flying overhead. It was the first urban refuge that I had ever been to. It just really let me experience nature in a whole new way.” 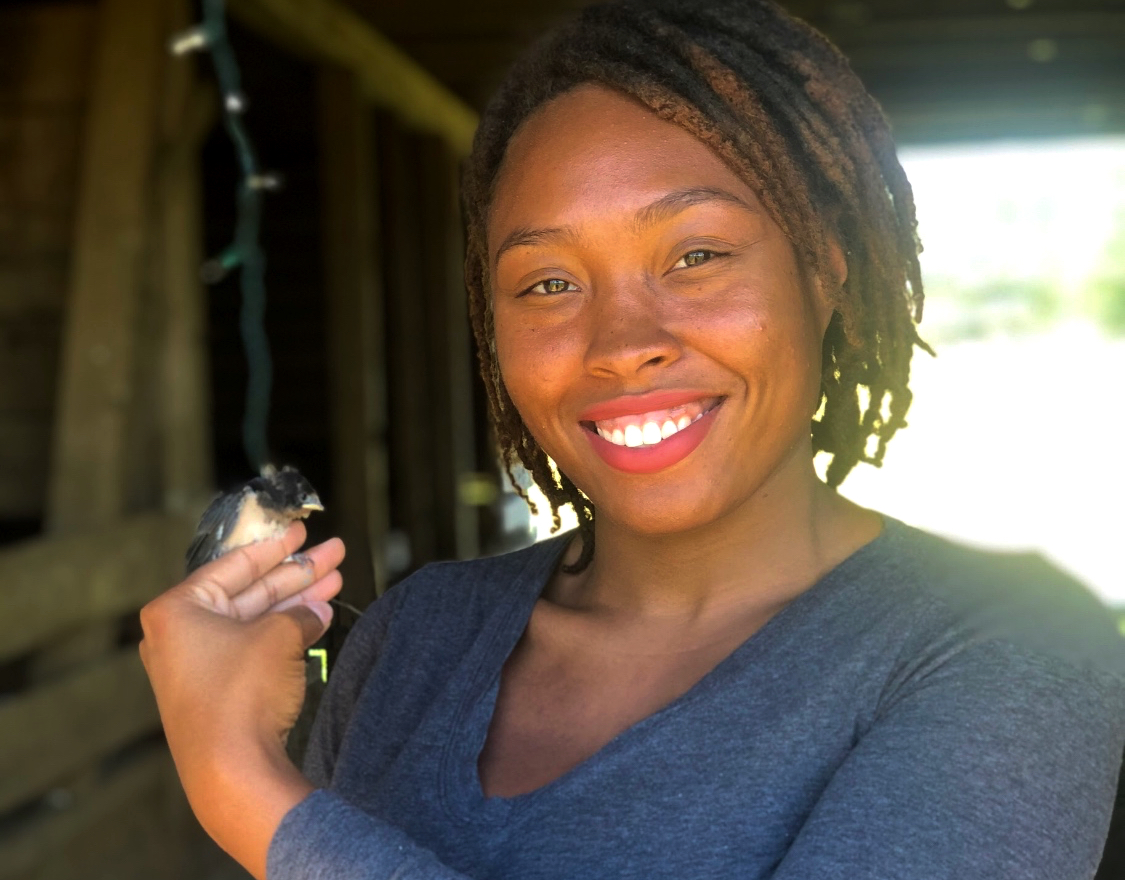 In the past year, Perkins has become more actively involved with the bird watching community, enjoying the process of learning to identify birds and their calls. But she’s always cognizant of the fact that her presence is treated as a novelty among birders.

“All the time when I’m out birdwatching, I always have at least one person come up to me and say, ‘Oh, are you birdwatching?’ with surprise in their voice. ‘Oh. Well good for you,’” Perkins said. “And it’s like, OK, but are you walking up to other people and telling them good for them that they’re out here watching birds?”

What can be uncomfortable in a social setting can be outright detrimental professionally.

Perkins’ field research often takes her into residential areas, where bird watchers aren’t common, and some of her interactions with neighbors have been dispiriting.

“I had this incident where this woman came out of her house and told me she didn’t feel comfortable with me surveying near her home,” said Perkins, who was wearing a T-shirt that identified her affiliation with the research project. The woman remained suspicious even after Perkins handed her an informational flyer about the bird survey.

“After I moved away from her home, she came outside with her dog and kind of stood there and kept track of me while I was doing my research. That instance specifically, I didn’t want to go back out there after that,” Perkins said. “No one should feel like they can’t do their job, like she has to rush through field work, because white people are nervous.”

Black Birders Week gave Perkins and her fellow naturalists a platform to share experiences like these in order to draw attention to the need to make outdoor spaces more inclusive, and to send the message that nature is something to be enjoyed by everyone.

Her driving passion is to get more youngsters who look like her interested in wildlife, natural resources, ecology and conservation. There’s nothing like watching a kid catch their first fish and wonder whether it will be really cool or really gross to touch, she said.

“Those types of things, it’s heartwarming,” Perkins said, “and it sets my soul on fire.”

Watch Perkins and her fellow birders discuss “Birding While Black.”