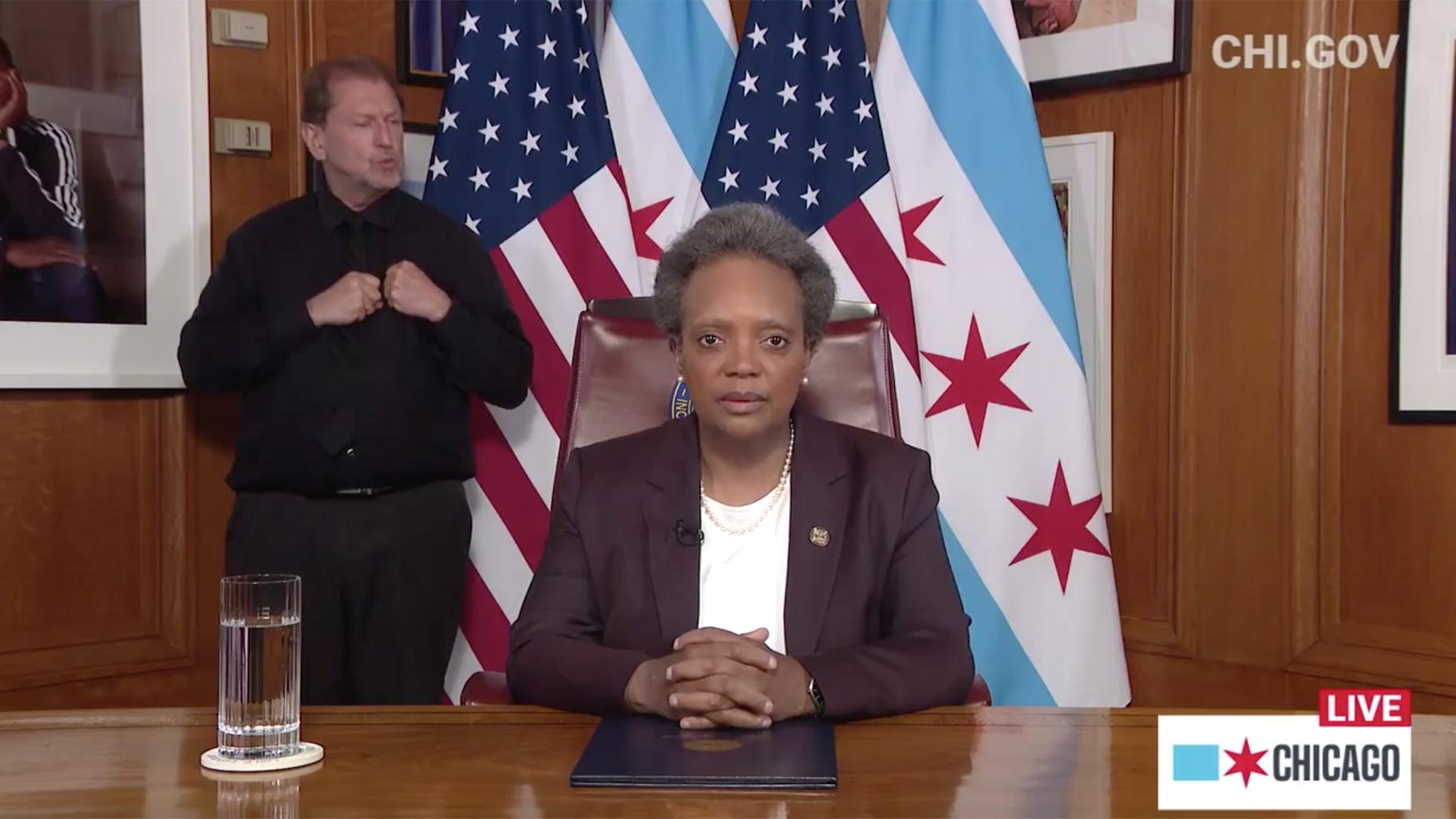 Mayor Lori Lightfoot said she plans to draft legislation that would require officers to be licensed by the state after a dozen or so Chicago police officers were seen on camera lounging in U.S. Rep. Bobby Rush’s office as rioting and looting went on nearby.

Lightfoot’s push comes after Illinois Attorney General Kwame Raoul previously announced a similar plan that would require police officers get a state license just as other professions like lawyers, pharmacists, doctors and hairdressers across the state are already required to do.

“It is time, actually, it is way past time, for this change in our state,” Lightfoot said Thursday, adding that she'd already directed her legal team to begin drafting legislation to be presented in Springfield.

Raoul told WTTW News this week that licensing police would bring added accountability for officers, particularly those who commit a “single egregious act” or have a history of “repeated well-founded complaints” against them.

The push for licensing comes at a time when protesters in Chicago and across the country are calling for more police reform following the killing of George Floyd by Minneapolis police officers last month.

Lightfoot has already said she’s against canceling Chicago Public Schools’ $33 million contract with the police department. But she had previously signaled she was in favor of licensing officers.

And on Thursday, after the incident in Rush’s office came to light, an incensed Lightfoot said she planned to push ahead at the state level to get this done.

“I am ready to work with (Gov. J.B. Pritzker) and our other great partners in Springfield to forge a change in state law,” she said, adding that licensing is just one of “several” reforms that must be instituted to “make individual officers and departments far more accountable to the people.”

Pritzker, too, has reportedly signaled this week he is open to licensing officers.

“I think that you have to think about what are the methods by which people can be disciplined if they’re not going to get disciplined by their own police departments,” he said. “If the investigations are taking place by a police department, that (department) may not want to hold some of their officers accountable for the kind of behavior we would all find reprehensible.”

John Catanzara, president of the Chicago Fraternal Order of Police, did not immediately respond to a request for comment Friday. But according to the Associated Press, he accused Lightfoot of staging a “Hollywood production” with the Rush incident to push her political agenda – including licensing police.

But not all law enforcement officials are against the idea. Mitchell Davis III, first vice president of the Illinois Association of Chiefs of Police, said licenses would allow departments to address misconduct “at a lower level.”

“The bar would be a little lower,” he told WTTW News this week, “and it could be misconduct, it doesn’t have to be criminal in nature, but things that would invalidate their licenses could be something at a lesser level. It doesn’t have to rise to a criminal level, which often has to happen before the training and standards board deactivate their certification.”