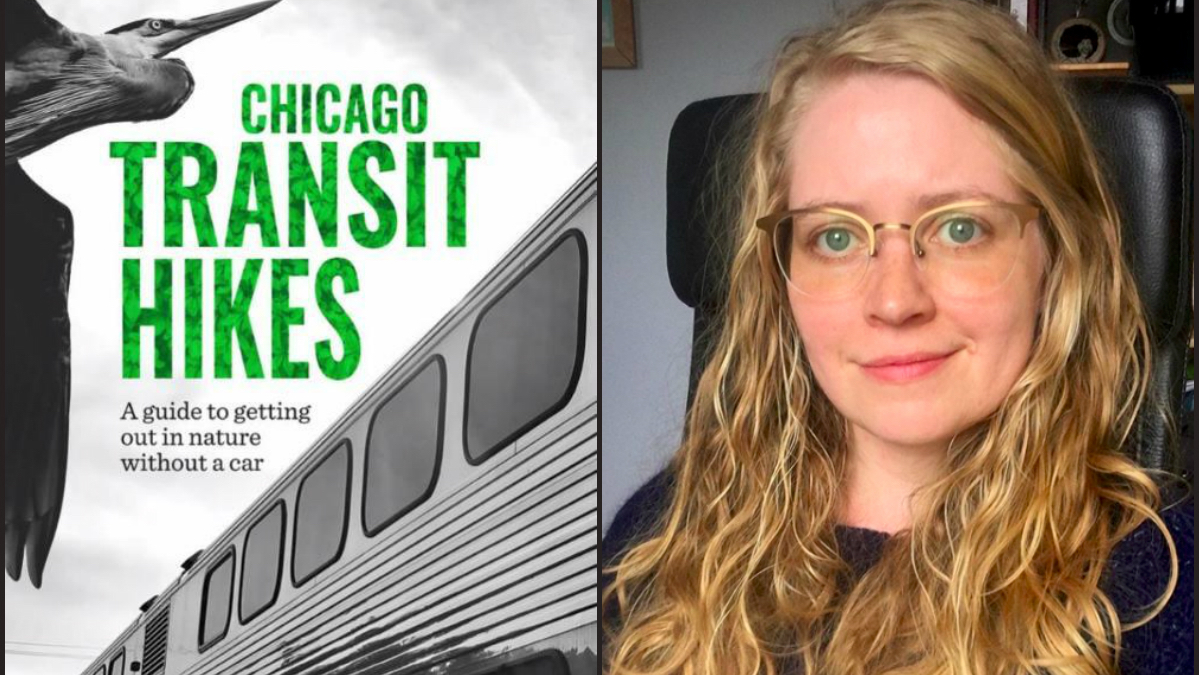 For local author Lindsay Welbers, the May 15 release of her first book, “Chicago Transit Hikes: A guide to getting out in nature without a car,” has been a case of “it was the best of timing, it was the worst of timing.”

The best because Chicagoans have been exploring the region’s parks and nature preserves like never before, so what could be handier than a guide to local trails. The worst because the whole premise of “Transit Hikes” is, well, transit, and few folks are voluntarily riding the CTA or Metra these days.

“There was a little bit of quiet screaming in my head,” Welbers said of her reaction to the conundrum.

Her dream, she said, had been to hawk the book at Union Station, holding up copies and inviting people to join her on a hike.

“My plan had been to just spend all spring and summer going hiking and riding the train. I can’t do that now,” said Welbers. “This time next year, who knows where we’ll be. The trains hopefully will be running. My hope is that [the book] will age well.”

In many ways, “Chicago Transit Hikes” is like any other trail guide on the market. It provides information on trail length, natural features and highlights, and difficulty level. Options range from short walks that are great for people with kids in strollers to multi-day backpacking adventures, and suggested itineraries even include routes for what Welbers calls “the social media-inclined.” (Translation: The trails are “Instagrammable.”)

“I like to load 40 pounds onto my back and wander into the woods and that’s my idea of fun. But I understand that not everybody thinks that sounds like fun at all,” said Welbers, who also runs the camping blog, Third Coast Hikes. “So I tried to cast a very wide net. I tried to make it as accessible a document for as many people as possible.”

Where “Transit Hikes” differs from its counterparts is that each “trail head” is essentially a train station, be it the CTA, Metra or the South Shore Line.

Thirty stations serve as jumping-off points for all of the book’s hikes — some stations have multiple spinoffs — with Welbers providing directions on how to get from the transit hub to the nearest park or nature area, without using a car at any point in the process.

That criteria meant she had to eliminate what would have otherwise been obvious choices for the book.

Welbers said it pained her, for example, that the Morton Arboretum didn’t make the cut, even though it’s just 2 miles from a Metra station.

“It should have been one of the very accessible ones, except the last half-mile of that, I would have had to encourage people to walk down the side of a four-lane highway. I don’t want to do that, so I’m not going to tell anybody else to,” Welbers said.

All of these pictures were taken inside the City of Chicago. Chicago looks like a lot of things including dense forests that meet the river floodplain. Bitter wintercress and golden Alexander are the showiest things I could find. I scared a frog when I approached that vernal pond, sorry, buddy. “Chicago Transit Hikes: A guide to getting out in nature without a car” is out now through @beltpub #linkinbio bikeride #gooutside #chicagotransithikes #gooutside #enjoyillinois #beautifulchicago #fpdcc #chicagoriver

Welbers grew up in the country in downstate Illinois, where her front yard was 100 acres of woodland.

“I didn’t spend my summers riding bikes with friends, because there was no place to do that,” she said. “I hopped fences, I climbed trees, there were cows and creeks. It was great.”

For such a nature lover, moving to Chicago, initially to attend Columbia College, was less of a culture shock than people might expect, Welbers said.

“When I lived in Logan Square, it was actually really easy for me to get into nature. It was all around me,” said Welbers, who called the neighborhood her home for nearly a decade. “My apartment was a block away from Humboldt Boulevard, two blocks away from the 606 (bike trail), two blocks south of Palmer Square, and then there’s all the rest of the boulevards. So to me it felt very, very easy to go and connect with nature.”

That changed when she and her husband moved to Jefferson Park, which is plenty green in terms of people’s yards, but less so in terms of having public natural areas steps from her front door, Welbers said.

“I can’t just go and find a nice and shady tree in the parkway and crack a book and go read there,” she said.

What she did discover within short walking distance was a pair of Metra stations, and the seed for “Transit Hikes” was planted. 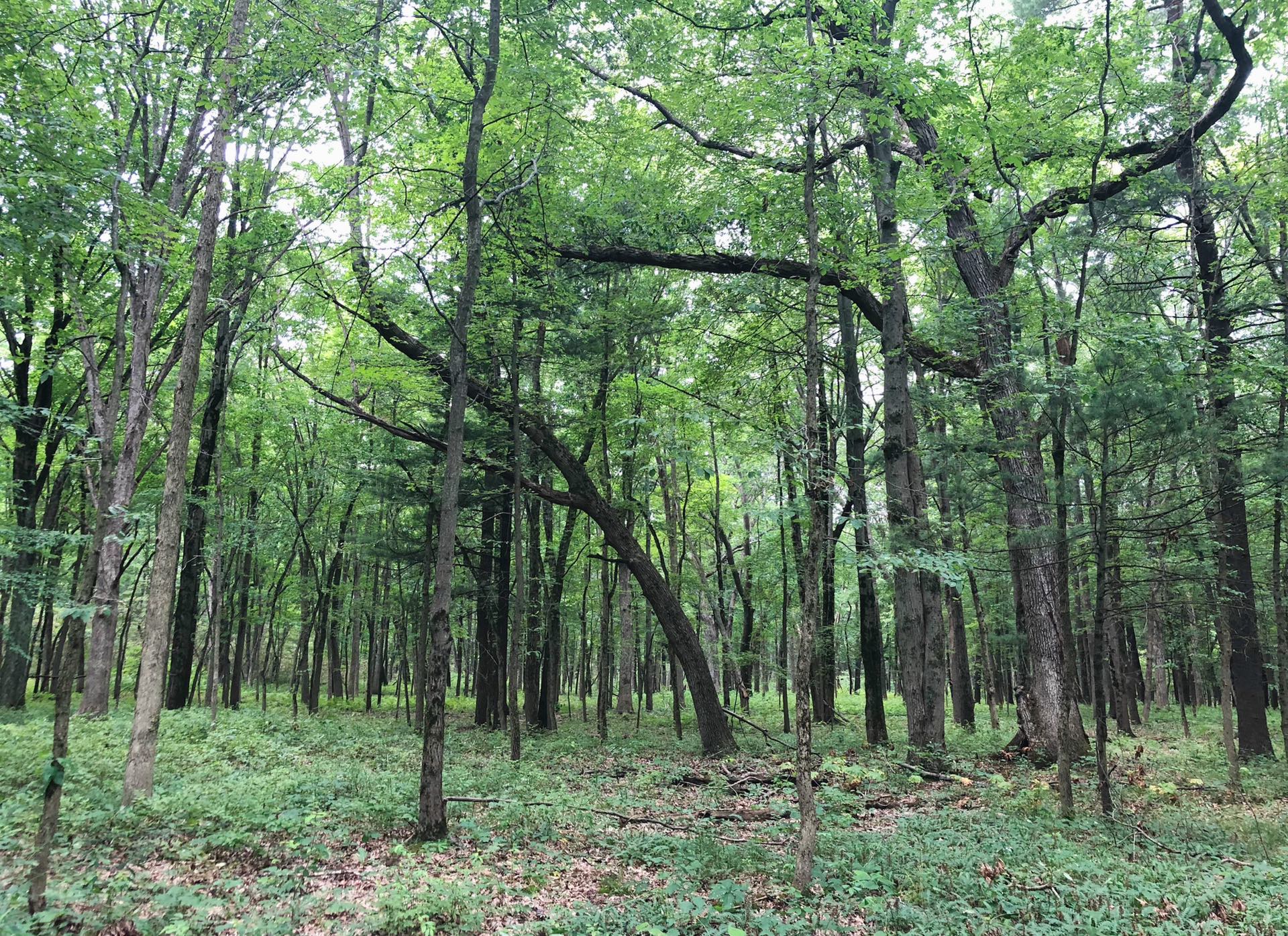 "I grew up in the woods. In my mind, that’s the gold standard. And I guess I was out looking for that," said author Lindsay Welbers. Pictured is a wooded trail at Indiana Dunes National Park, a "Transit Hikes" site. (Patty Wetli / WTTW News)

“Transit Hikes” came together in a whirlwind of creative activity during the fall of 2019. Welbers starting writing the book in October and made a personal vow to complete it by the end of November, as part of National Novel Writing Month (NaNoWriMo). Mid-November, she felt confident enough in her progress to pitch the idea to publishers and received two quick “yeses.” (Belt Publishing, an independent press with a focus on the Midwest, ultimately released the book.)

Welbers spent December polishing her second draft, which included attempting to hike as many of the trails as possible.

“In December. Mostly it was OK, as long as you’re moving,” she said of the weather. “All of my water bottles kept freezing.”

Despite the current situation, in which “Transit Hikes” feels like wishful thinking, Welbers is convinced the book will find an audience — if not today, then eventually.

“I think the one big lasting thing that I hope we see after all of this is that more people will take a greater sense of ownership for the green spaces near their home,” she said. “The trains may not be running right now, or at least not on the schedule they were when I sat down and wrote this thing last year. But the train lines are still there. And these natural places aren’t going anywhere.”