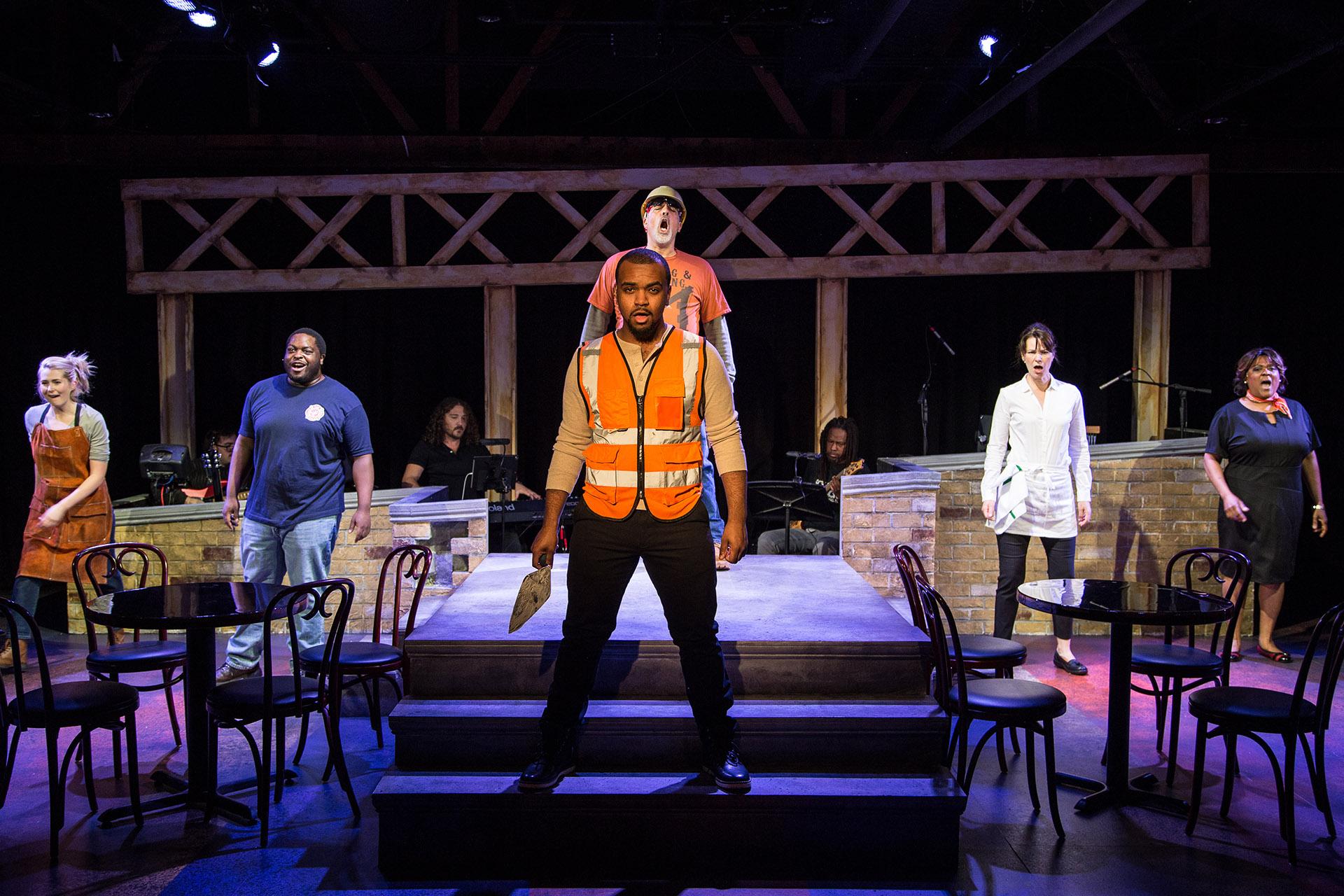 Chicago icon Studs Terkel, who forged a career devoted to listening to people both ordinary and extraordinary, explained work in this way: “Work is a search for daily meaning as well as daily bread, for recognition as well as cash, for astonishment rather than torpor; in short, for a sort of life, rather than a Monday-through-Friday sort of dying.”

Of course, you can love your job, hate your job, just wish you had a job, or wish you could quit your job and travel the world (or at least pay off your student debt). But whatever the situation, work is a crucial element of human existence. And in “Working,” the musical based on Terkel’s 1974 best-selling book of oral history – now in a wonderfully realized, sweat-and-dreams production at Theo Ubique Cabaret Theatre – the many and varied attitudes about work are explored as six ideally mixed-and-matched actors play multiple roles and sing songs penned by Stephen Schwartz (who also adapted the book along with Nina Faso), Mary Rodgers, James Taylor, Craig Carnelia and Micki Grant.

First produced at the Goodman Theatre in 1977, and then on Broadway the following year, the show has periodically been revised and updated, and it now includes two songs added in 2012 by some guy named Lin-Manuel Miranda.

Of course, much has changed in the nearly five decades since Terkel conducted his interviews with a cross section of American workers ranging from minimum-wage earners, to tradesmen, to fat-cat corporate executives. And while computers and phone centers are briefly mentioned, such terms as “telecommuting,” “internet technology,” “coding” and “the gig economy” are not. It doesn’t matter. It is the psychology of work that is of the essence. 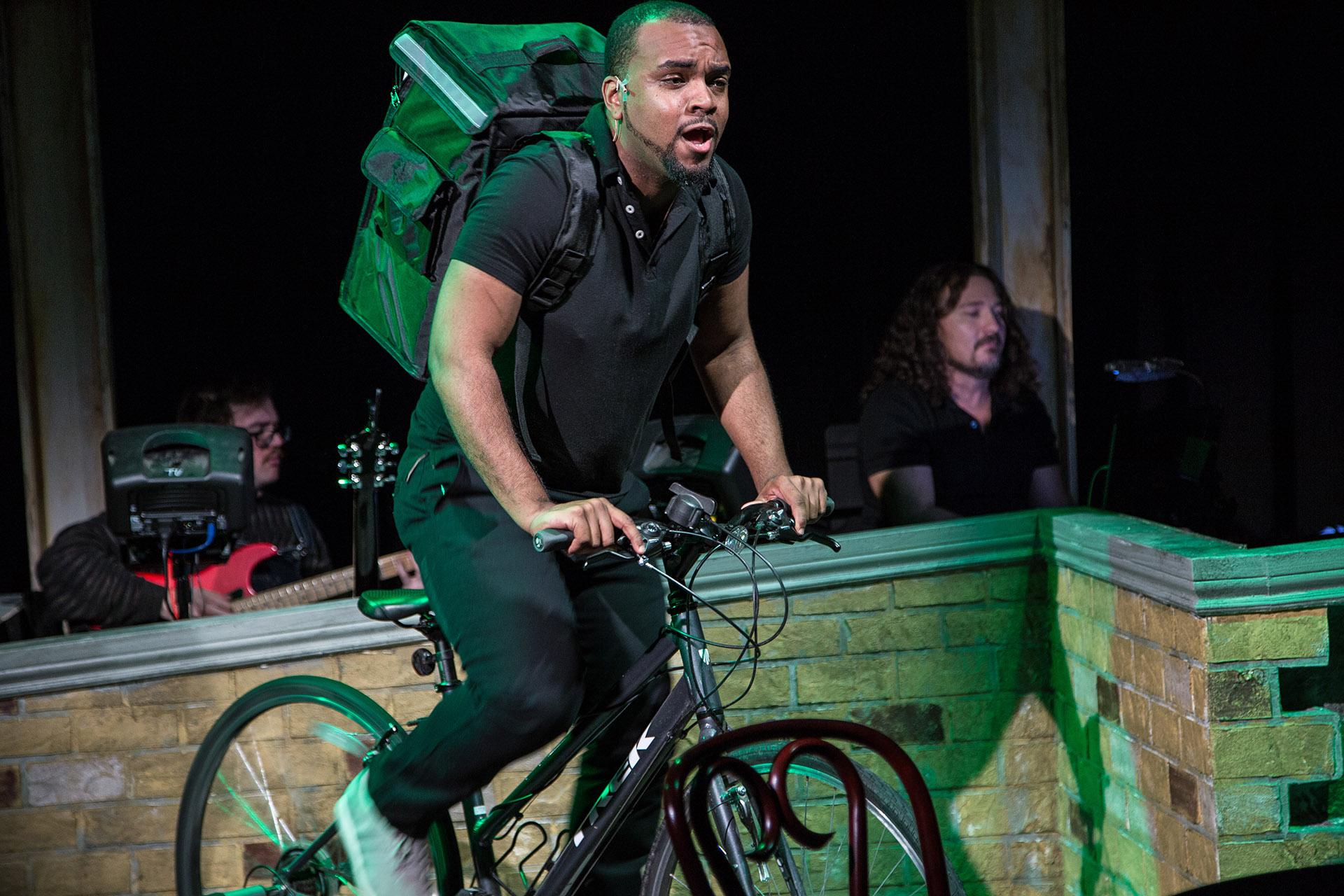 Director-choreographer Christopher Chase Carter (one of the most impressive musical theater talents on the scene right now), has taken full advantage of Theo Ubique’s raw, semi-in-the-round, cabaret-style space which comes complete with a working bar. Jeremy Ramey, the theater’s brilliant music director/keyboardist, knocks out the score, along with Rafe Bradford (bass), Perry Cowdery (guitar) and Carlos Mendoza (drums), with volcanic power. And the actors (in Bob Kuhn’s occupation-defining costumes) morph convincingly from one role to the next with impressive characterizations and powerful voices all along the way.

With her boldly bluesy overtones, Cynthia F. Carter belts out Grant’s “Cleanin’ Women,” the anthem in which she makes it clear that what keeps her going is the promise that her daughter will never have to do such work. And she just as easily suggests a woman who works as a prostitute.

Jared David Michael Grant uses his larger-than-life personality to capture both a perpetually on the road, long-haul driver in Taylor’s rousing “Brother Trucker,” and a stone mason (in a moving song by Carnelia) who takes enormous pride in the fact that he builds things that will endure for years, even if he remains an anonymous craftsman. 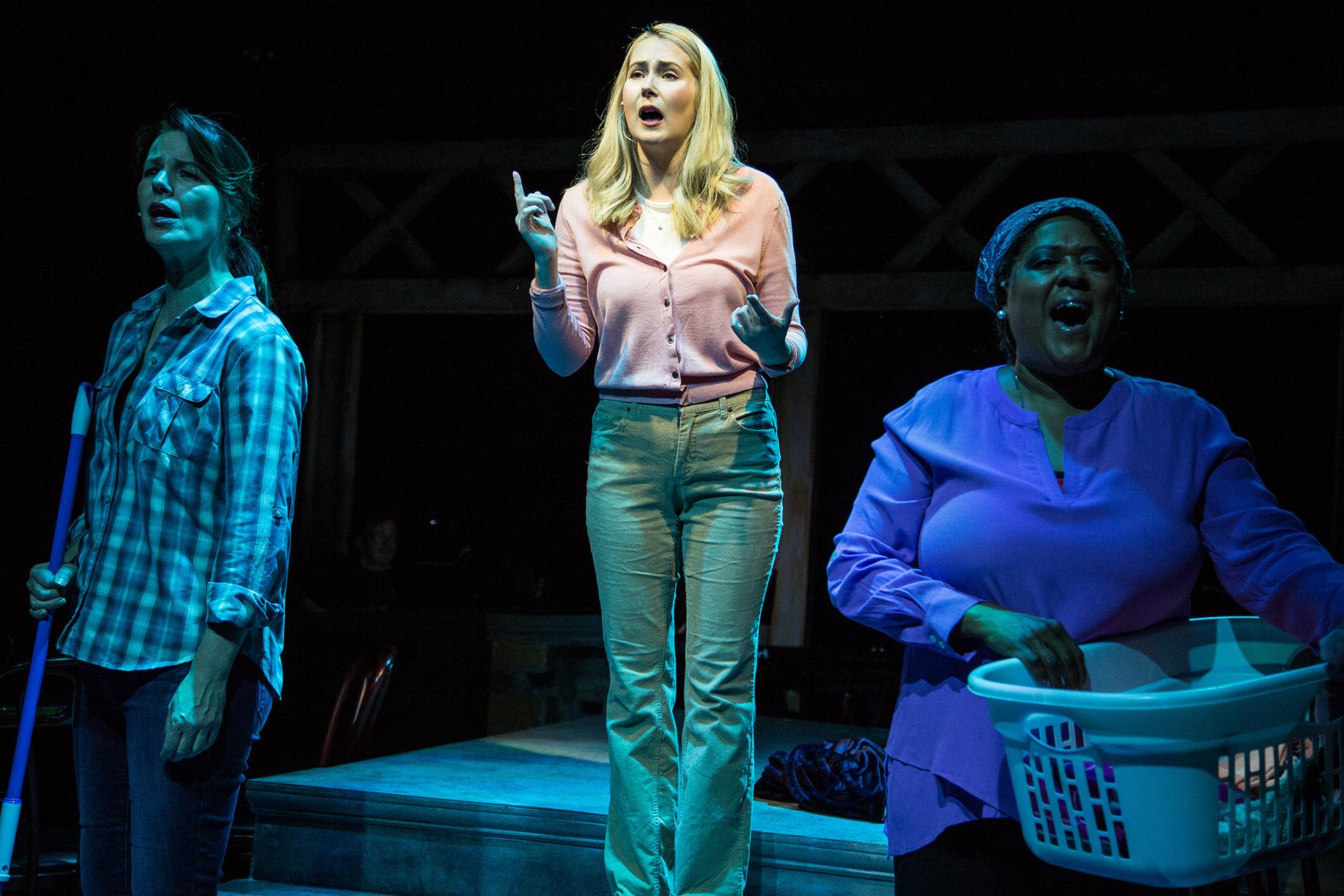 Kiersten Frumkin moves easily and convincingly from working as a chicly suited office manager, to being “Just a Housewife” (a song by Carnelia), and sensing that her labor is not valued as real work. She also soars as a millworker whose physically taxing job in a pollution-filled luggage factory puts her health at risk.

Michael Kingston has several terrific turns ranging from a wealthy, self-satisfied executive who notes that he creates jobs, to a retiree (in Carnelia’s ideally detailed and insightful “Joe”), who is initially lost without the routine of work but gradually finds an alternative way of spending his time. He also plays a pained father who craves the admiration of his son in Schwartz’s touching “Fathers and Sons.”

Loretta Rezos is full of panache in Schwartz’s “It’s an Art” as she plays the waitress who sings exuberantly of how she turns a job that could be drudgery into a performance, and how she casts herself as the star and her customers as the audience. She also is spot-on as the glamorous socialite who knows just how to do fundraising among the posh, monied set, and as a veteran teacher who can’t make sense of the students now in her classroom. 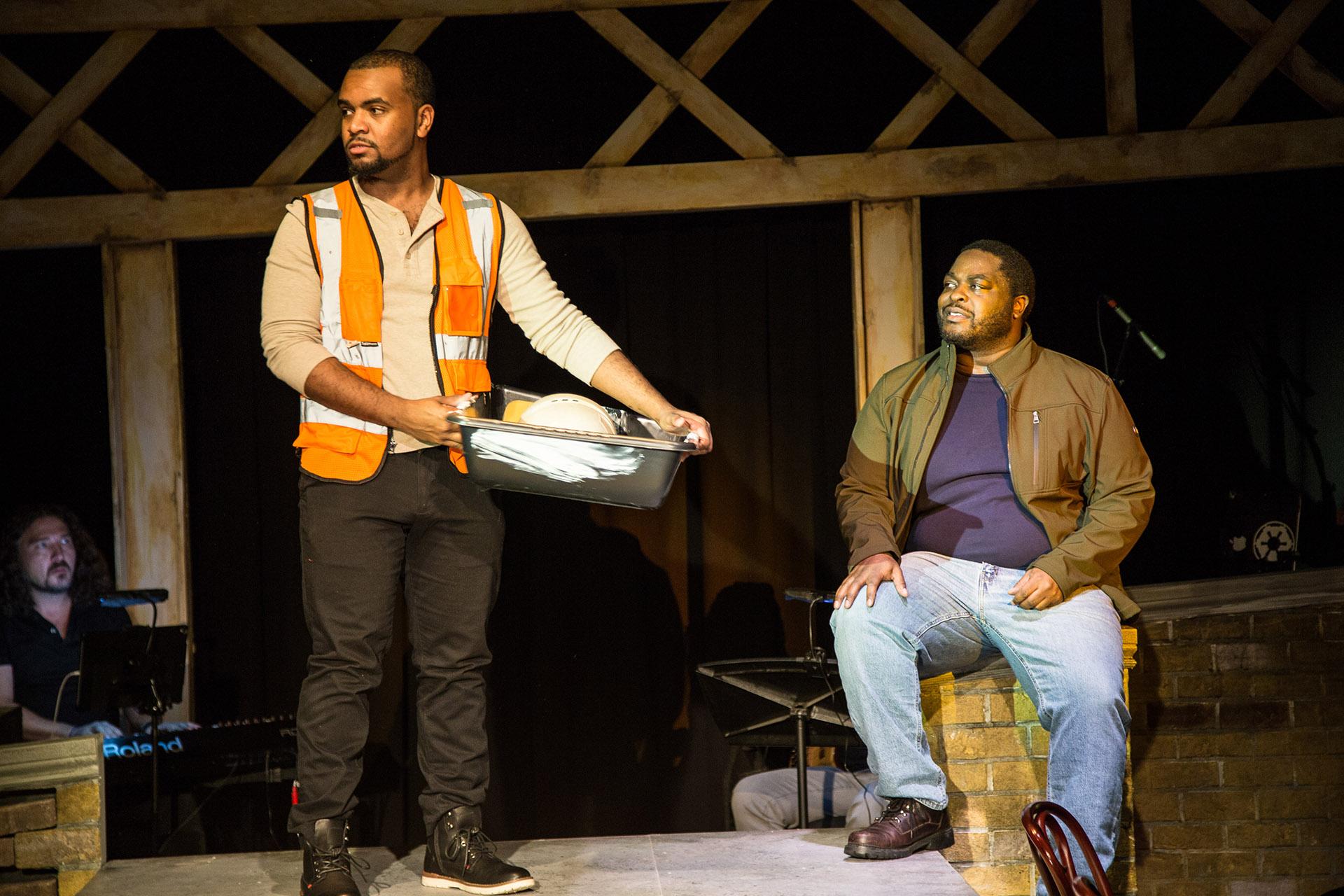 Stephen Blu Allen is a comic delight as the mischievous UPS man in Miranda’s “Delivery.” And in the insightful and moving song “A Very Good Day,” a genuine Miranda gem, Allen ideally pairs with Frumkin to suggest the rewards that come with doing the profoundly valuable but rarely well-paid job of caretaker.

Finally, when this wise, easily involving show comes to an end with Carnelia’s clarion “Something to Point To” and the actors and musicians take their bows, you cannot help but be reminded of the work they do, with its mix of talent, practice, sweat, nerves, euphoria, insecurity, and, more often than not, day jobs. Applause does not pay the rent.