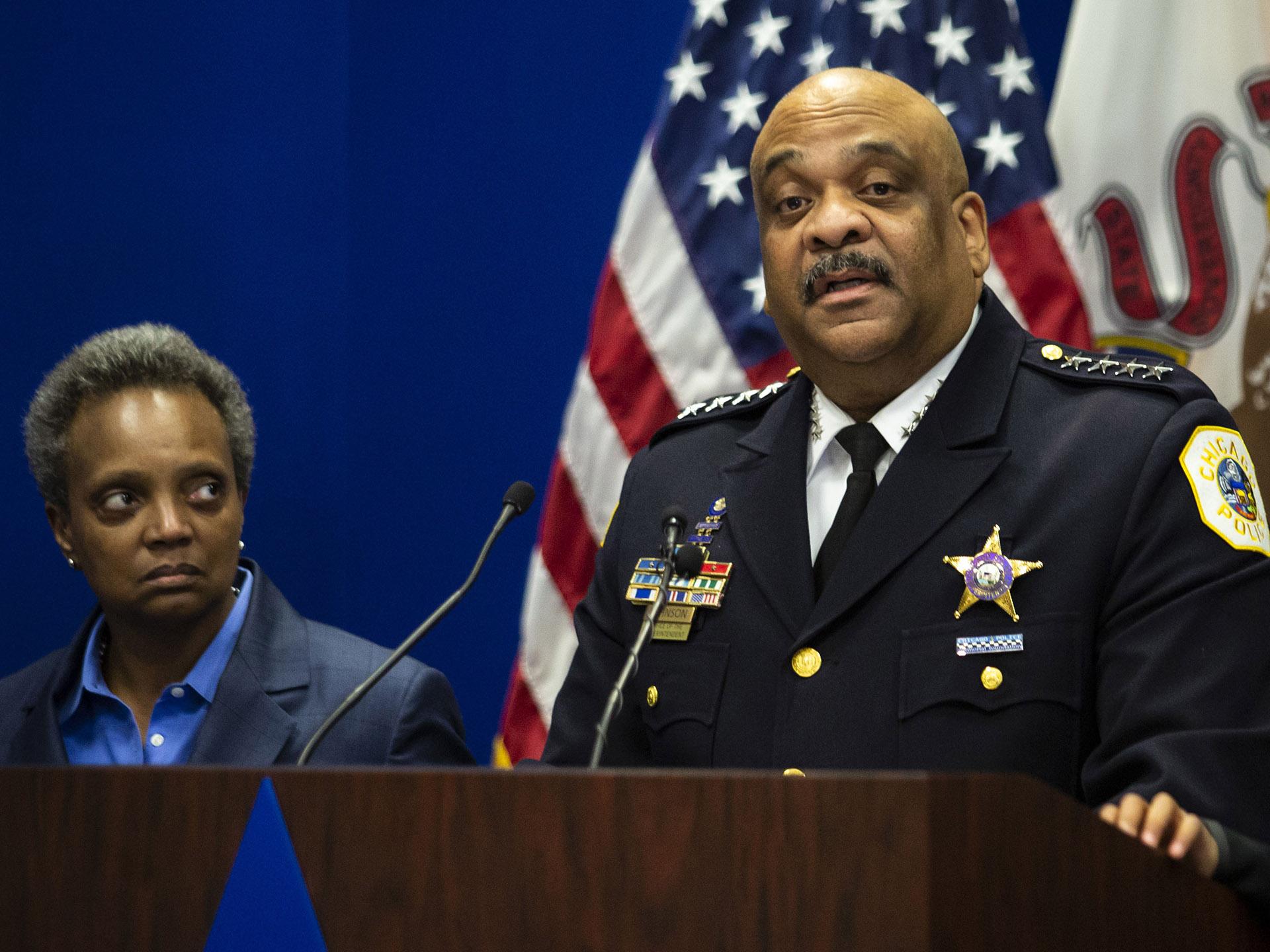 CHICAGO (AP) — The unceremonious firing of Chicago’s police superintendent just weeks before his retirement has rattled a department that, under his leadership, was seeking to restore public confidence since the release of a 2014 video showing a white officer killing a black teenager with 16 gunshots.

Mayor Lori Lightfoot blasted Superintendent Eddie Johnson on Monday for "ethical lapses” stemming from an October incident in which officers found him asleep behind the wheel of his official SUV. Although Johnson had blamed his medication for being drowsy, media reports in the coming days disclosed that the married superintendent had been drinking for hours and kissing a woman on his security detail, and that the responding officers took steps to keep it secret.

Still, the abrupt firing rattled both supporters and critics of the native Chicagoan who joined the force three decades ago as a patrolman and took over as chief in 2016 amid public outcry over the release of the video showing officer Jason Van Dyke pumping bullet after bullet into Laquan McDonald’s body.

“Here is a man who almost literally saved this city from going up in flames now only being measured by an indiscretion in his car,” said Jedidiah Brown, executive director of a community organization, Justice Family. “It hurts all police officers, and when you take the actions of the other (commanders) for misbehaving, it reinforces the notion that we should not trust one of the most important parts of our society, the police.”

Lightfoot’s action to fire Johnson came less than a month after she lauded him as he announced plans to transition out of the job early next year and help his interim successor transition into it. With the smiling mayor looking on, Johnson recounted all he’d done to reduce crime and boost public confidence in the department since the McDonald shooting, which landed Van Dyke in prison for murder.

Brown called Johnson’s firing an “unnecessary humiliation” given that he was so close to retirement. Even the Fraternal Order of Police, which had cast a no-confidence vote for Johnson after he boycotted President Donald Trump’s October speech in the city, argued that firing him before the investigation of the October incident is complete sets a troubling precedent.

“It’s not about Eddie Johnson,” FOP President Kevin Graham told the Chicago Sun-Times. “It’s about any police officer getting fair and due process... There is going to be a division as to whether or not people are skeptical about the police because you’re not treating the police fairly.”

Revelations about Johnson came during a week of other troubling stories for the department. A commander was demoted for using on-duty officers to babysit his son, and a recently retired commander was sentenced for continuing to cash his mother’s Social Security checks nearly a quarter century after her death.

The firing has raised concern that the final chapter in Johnson’s career might distract from the serious questions about racism and excessive force that continue to dog the department.

“If we focus on Eddie’s personal life, we ignore the real issues of the CPD,” said the Rev. Michael Pfleger, a Roman Catholic priest and prominent activist on the city’s South Side. He gives Johnson high marks for his efforts to restore public trust and to reduce the number of shootings and killings that spiked to levels not seen in nearly two decades the year he became superintendent.

While Pfleger says he is sad for Johnson, he also believes the new mayor had no choice but to fire him after she learned he had lied about having “a couple of drinks with dinner.” She had to express her outrage for such behavior, much as she did when she tweeted recently that cellphone video of a police officer body-slamming a suspect was “very disturbing.”

“She came in with a clear message that she wants to change the idea that corruption in government is kind of normal in Chicago... and the perception could have been she covered it up,” Pfleger said. “So she had to send the message, ‘I came in here to bring integrity back to city government and that has to start with me.’”