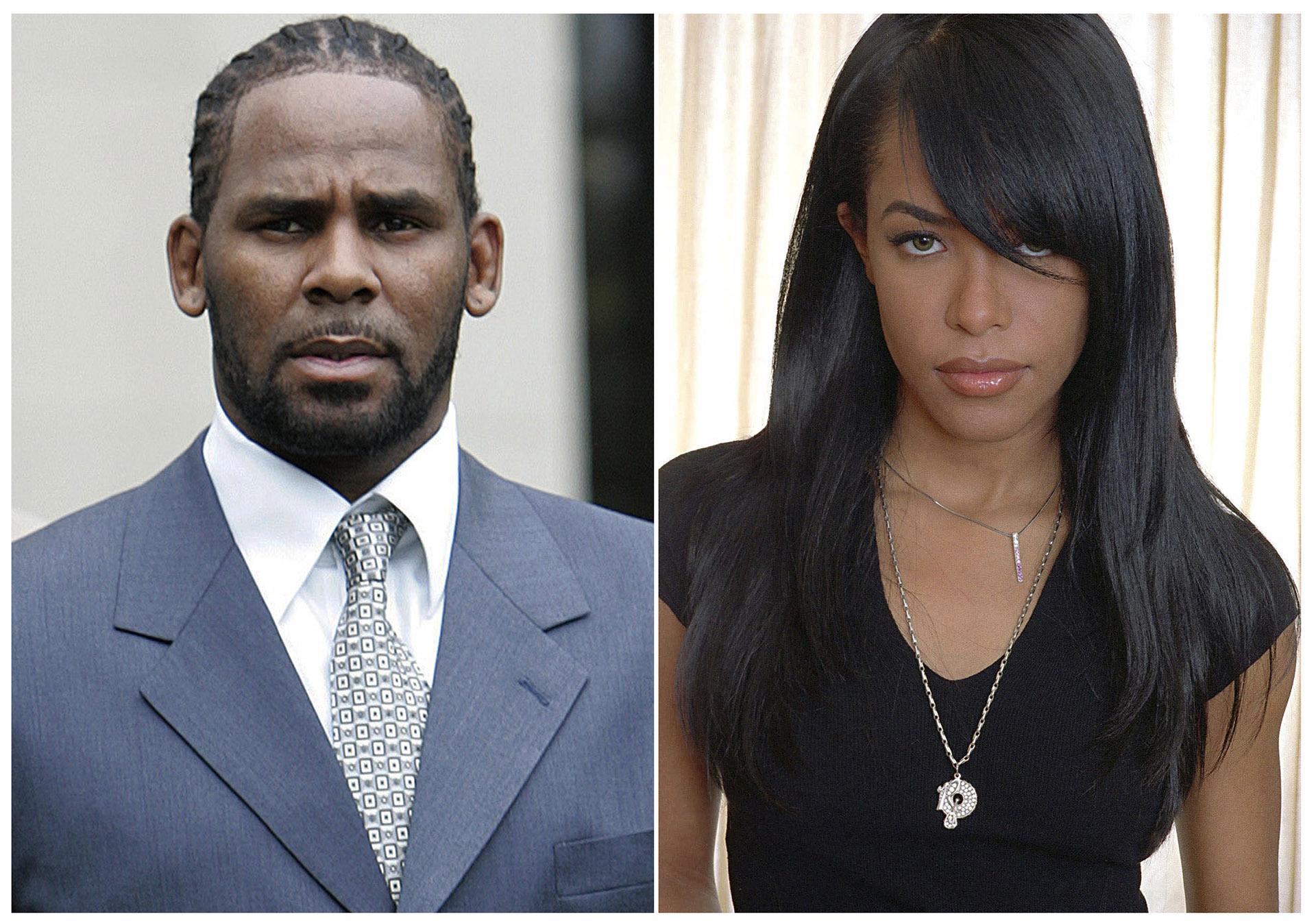 This combination photo shows singer R. Kelly after the first day of jury selection in his child pornography trial at the Cook County Criminal Courthouse in Chicago on May 9, 2008, left, the late R&B singer and actress Aaliyah during a photo shoot in New York on May 9, 2001. (AP Photo / File)

NEW YORK (AP) — Federal prosecutors are accusing singer R. Kelly of scheming with others to pay for a fake ID for an unnamed female a day before he married R&B singer Aaliyah, then 15 years old, in a secret ceremony in 1994.

The revised indictment, filed Thursday in New York, accuses Kelly of paying a bribe in exchange for a ‘fraudulent identification document’ for someone identified only as ‘Jane Doe’ on Aug. 30, 1994.

A day later, Kelly, then 27, married Aaliyah in a secret ceremony he arranged at a hotel in Chicago. The marriage was annulled months later because of her age. Aaliyah died in a plane crash in 2001 at age 22.

The U.S. attorney’s office declined to comment about whom the fake ID was meant for, and the indictment didn’t mention the wedding, but a person familiar with the investigation confirmed the ‘Jane Doe’ was Aaliyah. The person wasn’t authorized to discuss details of the new charge and spoke on condition of anonymity.

The new charges mark the first time that Kelly’s brief marriage to Aaliyah has been connected to any of the criminal cases against Kelly.

The Brooklyn prosecutors had already charged R. Kelly with racketeering, kidnapping, forced labor and sexual exploitation. They alleged he and his employees and assistants picked out women and girls at concerts and groomed them for sexual abuse.

The 52-year-old singer, who is being held without bond, is scheduled to stand trial in federal court in Chicago in April on child pornography and obstruction of justice charges before facing trial in Brooklyn. Kelly, whose given name is Robert Sylvester Kelly, was acquitted in 2008 on charges of videotaping himself having sex with a girl who prosecutors allege was as young as 13.

Kelly’s attorneys have long maintained that he was unaware of Aaliyah’s age when they married. The Illinois marriage license used for the wedding said she was 18.

The indictment didn’t identify the person who was paid the bribe in order to get the fake ID, except to say that the person was a public employee.

Aaliyah, whose full name was Aaliyah Dana Haughton, worked with Kelly, who wrote and produced her 1994 debut album, “Age Ain’t Nothing But A Number.”

Kelly was arrested in February on 10 counts in Illinois of sexually abusing three girls and a woman. He has pleaded not guilty to those charges.

Then on May 30, Cook County prosecutors in Illinois added 11 more sex-related counts involving one of the women who accused him of sexually abusing her when she was underage.

Then in July, in federal court in Chicago, the R&B singer was indicted on charges of child pornography and obstruction of justice, with prosecutors accusing him of paying off potential witnesses in his 2008 trial to get them to change their story.

At the same time, Kelly was indicted in New York with exploiting five victims, identified only as ‘Jane Does.’ According to court papers, they include one he met while she was a radio station intern around 2004 and another at one of his concerts in 2015. Kelly has pleaded not guilty to the original New York charges.

Prosecutors allege Kelly sometimes arranged for some victims to meet him on the road for illegal sex. He had one victim travel in 2017 to a show on Long Island in New York, where he had unprotected sex with her without telling her “he had contracted an infectious venereal disease,” in violation of New York law, they say.

A defense filing said Kelly’s alleged victims were regulars at his shows who made it known they “were dying to be with him.” They only started accusing him of abuse years later when public sentiment shifted in the #MeToo era, his lawyers said.

The accusers “are groupies,” Anton said, following an August court hearing on the charges. “There’s no way around it.”

At the time, his client was merely “leading a touring musician’s life,” he added. 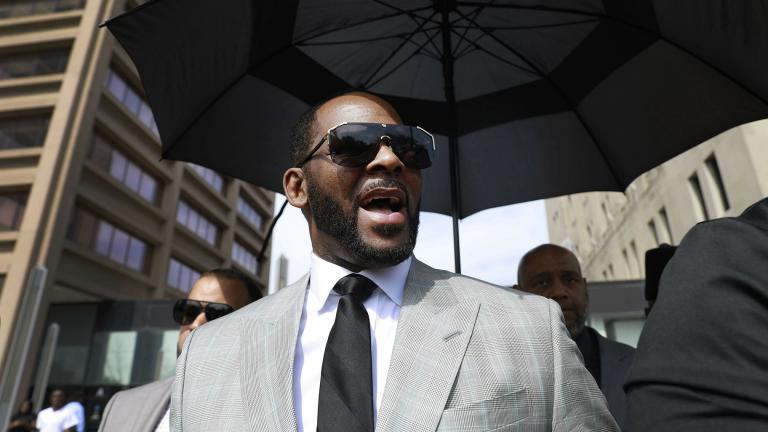