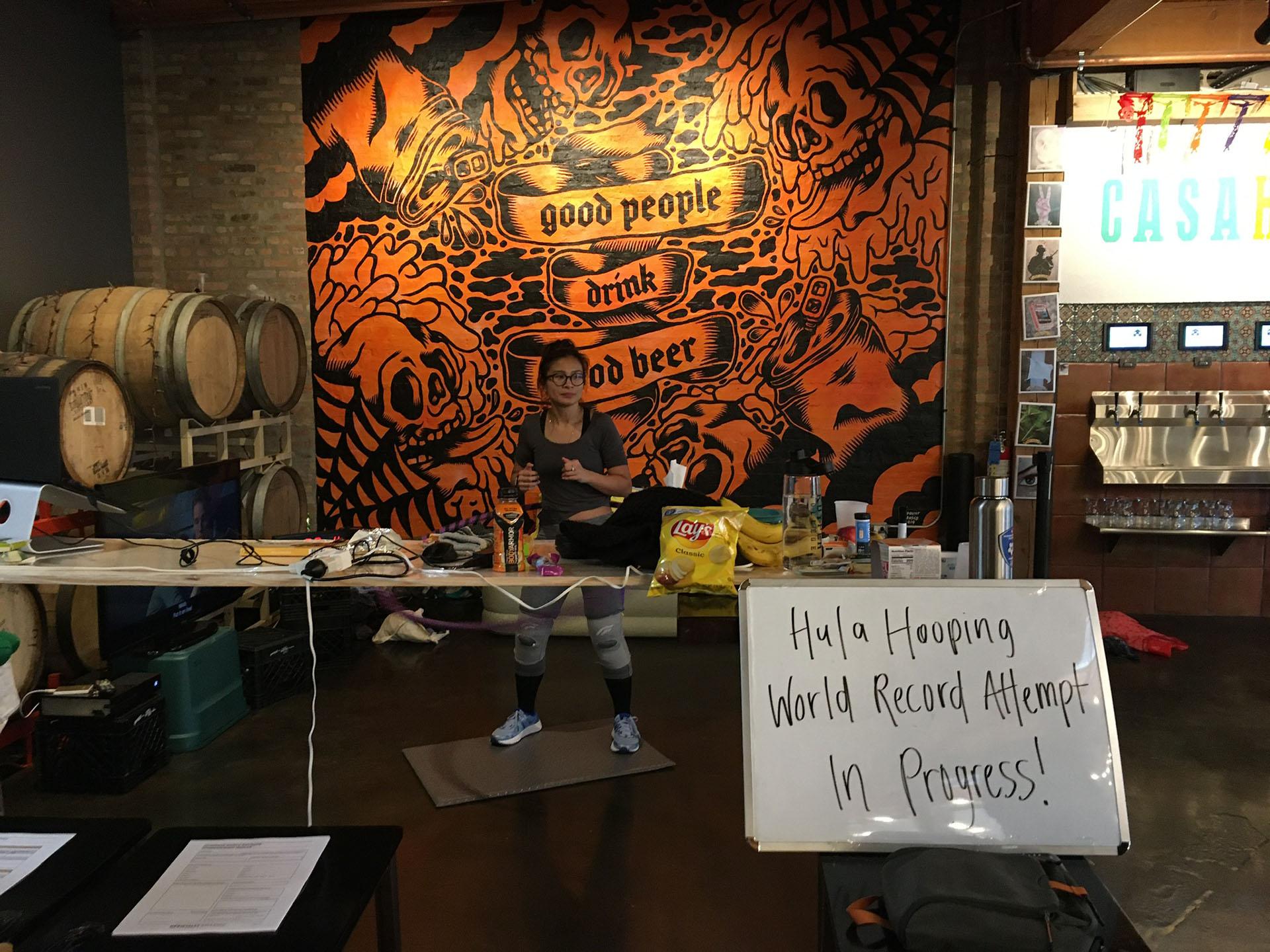 Doan surpassed the current record – 74 hours and 54 minutes – just before 10 a.m. Friday. But she’s not giving up until she reaches her personal goal of 100 hours.

“I’ve got 25 more hours,” Doan said, giving a thumbs up to the 200 people watching her online.

Since starting the attempt at 7 a.m. Tuesday, Doan says she’s only slept three hours – per official Guinness rules, she’s allowed to bank five minues of break time for every hour she completes.

“It might be a placebo but I feel less pain,” she said shortly after breaking the record, though hers will remain an unofficial title until it’s verified by Guinness.

Earlier, at the 67-hour mark, she was in quite a bit of pain due to lactic acid buildup in her legs, which led to knee stiffness. “It was a terrible ripple effect,” she said.

But that didn’t stop her. During her next 5-minute break, Doan sat in a chair while supporters rubbed her legs to aid recovery. Knee braces and compression socks are also helping, she said.

The attempt is about more than endurance. Doan is using the challenge to raise funds for Mental Health America, a national nonprofit whose mission is to improve the mental health of all Americans.

To keep her motivated and distracted from the pain, Doan has been listening to what she calls “terrible music.” At 3 a.m. Friday she started listening to the band Taking Back Sunday and followed that up with Blink 182. “The music brings me back to parts of my life without pain,” she said. The rising sun also gave her momentum to keep going, she said.

But Friday night crowds loom at the bar where she’s set up, and Doan is hopeful they’ll give her the space she needs to keep going.

Doan is hula-hooping at District Brew Yards, 417 N. Ashland Ave. To make a donation or watch her livestream, visit her Tiltify page. 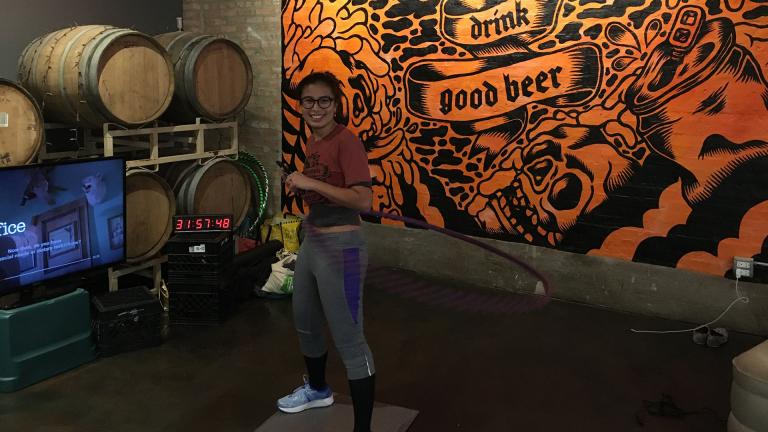 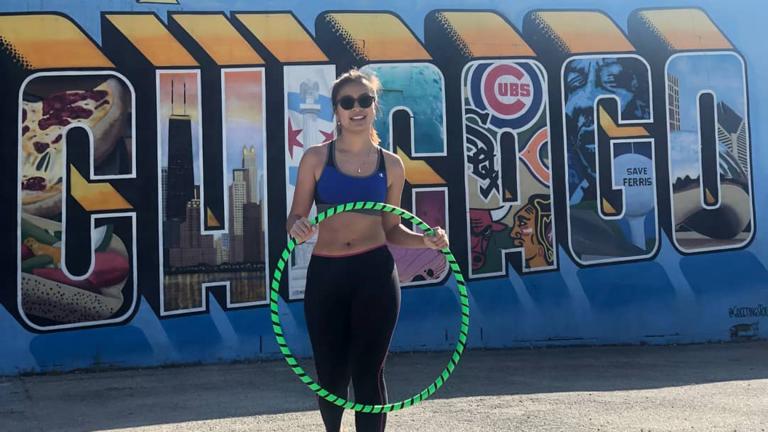