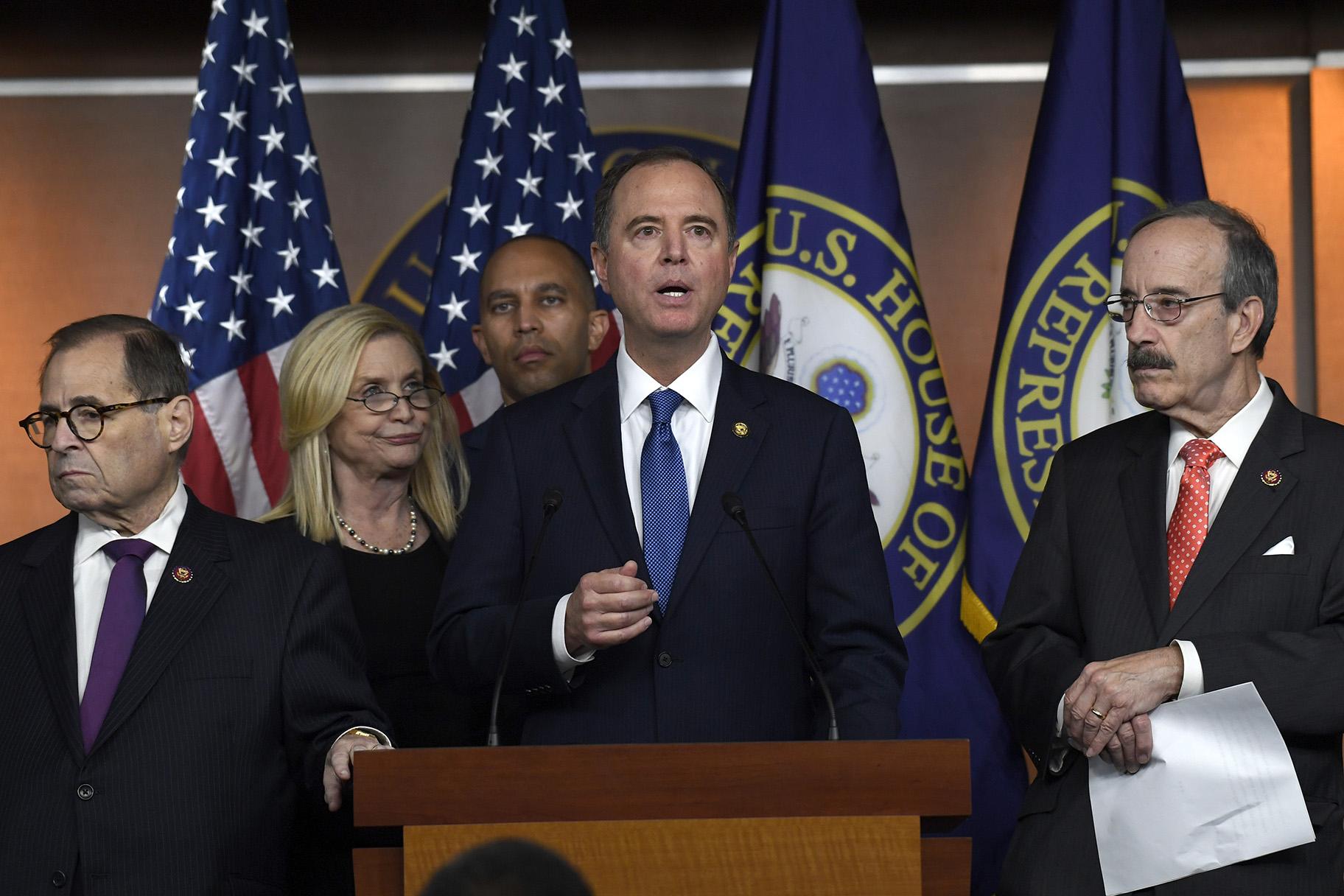 WASHINGTON (AP) — More Americans approve of the impeachment investigation into President Donald Trump than disapprove of it, though only about a third say the inquiry should be a top priority for Congress, according to a new poll from The Associated Press-NORC Center for Public Affairs Research.

That solid, if measured, support serves as a warning sign for Trump’s White House and reelection campaign, which have insisted that pursuing impeachment will end up being a vulnerability for Democrats heading into 2020.

But the findings present some red flags for Democrats, too: More people say House members are motivated mainly by politics rather than by duty as they investigate the Republican president’s dealings with Ukraine and whether he abused his office or compromised national security when he tried to pressure the country to dig up dirt on a political rival.

And assessments of the president’s performance generally have remained remarkably stable even as the investigation has unfolded at a rapid clip.

Overall, 47% said they support the impeachment inquiry, while 38% disapprove.

Still, 53% of Americans think the House is acting mainly on a political motivation to challenge Trump’s presidency. That compares with fewer, 43%, who say it’s acting more in good faith on its responsibility to investigate the executive branch.

Like most assessments of Trump and Washington, views of impeachment are starkly polarized.

A vast majority of Democrats approve of the inquiry, including 68% who strongly approve.

Among them is Sandra Shrewsbury, 70, who lives in Greencastle, Indiana. She said that Trump’s impeachment is long overdue.

“I am really concerned about our country if this does not stop,” she said of Trump’s time in office.

She voiced concerns that Trump doesn’t have the temperament to be the nation’s commander in chief and is doing serious damage to the country’s standing.

She was relieved, she said, that after months of hemming and hawing, impeachment proceedings were finally underway.

“I was getting very frustrated with Congress and those investigating because I felt like they were just dragging their heels,” she said. “I wish they’d stop worrying about getting reelected themselves and get down to the business they’re supposed to be doing. ... We pay them to do this job.”

“They should have done it a long time, a way long time ago,” agreed Monica Galindo, 32, who lives in Camilla, Georgia.

It’s another story among Republicans, who overwhelmingly disapprove of the inquiry, including 67% who do so strongly.

“I think its garbage,” said Sara Palmer, 42, a staunch Trump supporter who lives in Pocatello, Idaho, and accused Democrats of wasting time and money trying to take down Trump when there are far more important things they should be doing for the country.

That’s a sentiment shared by a majority, 64%, of Republicans.

Yet even among members of Trump’s party, a modest share think he did do something wrong. About a quarter, 28%, think he did something unethical, while 8% think he broke the law.

The public overall has mixed views of whether the president committed any wrongdoing. Most say his interactions with the president of Ukraine were at least unethical. That includes about 4 in 10 who think he did something illegal. About another 3 in 10 think what he did was unethical but not illegal.

Trump has insisted he did nothing wrong.

But nearly all Democrats think the president crossed a line, including roughly 7 in 10 who say that he broke the law.

Even as Americans express strong opinions about the inquiry, many have mixed assessments of their own understanding of the impeachment process. Just about 3 in 10 say they understand the process very or extremely well, while roughly as many describe their understanding as limited.

Skylar Iske, 22, who voted for Trump in 2016 but has grown weary of him, said it was difficult for him to oppose the process given his limited awareness of the case for impeachment.

“I don’t feel like he should be. But then again, I also don’t know what they’re investigating,” said Iske, who lives outside Des Moines, Iowa.

And there are rare areas where Republicans and Democrats agree.

Majorities across party lines think it was inappropriate for Hunter Biden, former Vice President Joe Biden’s son, to serve on the board of a Ukrainian energy company while his father was vice president, with only about a quarter of Americans saying it was appropriate.

The AP-NORC poll of 1,075 adults was conducted Oct. 24-28 using a sample drawn from NORC’s probability-based AmeriSpeak Panel, which is designed to be representative of the U.S. population. The margin of sampling error for all respondents is plus or minus 4.1 percentage points. Respondents were first selected randomly using address-based sampling methods and later were interviewed online or by phone.