Tornadoes can be among the most terrifying and destructive of extreme weather events.

Earlier this year, for the first time ever a small team of scientists was able to forecast a severe tornado outbreak almost one month in advance.

The outbreak hit a vast swath of the U.S., from Texas to Illinois and New York. 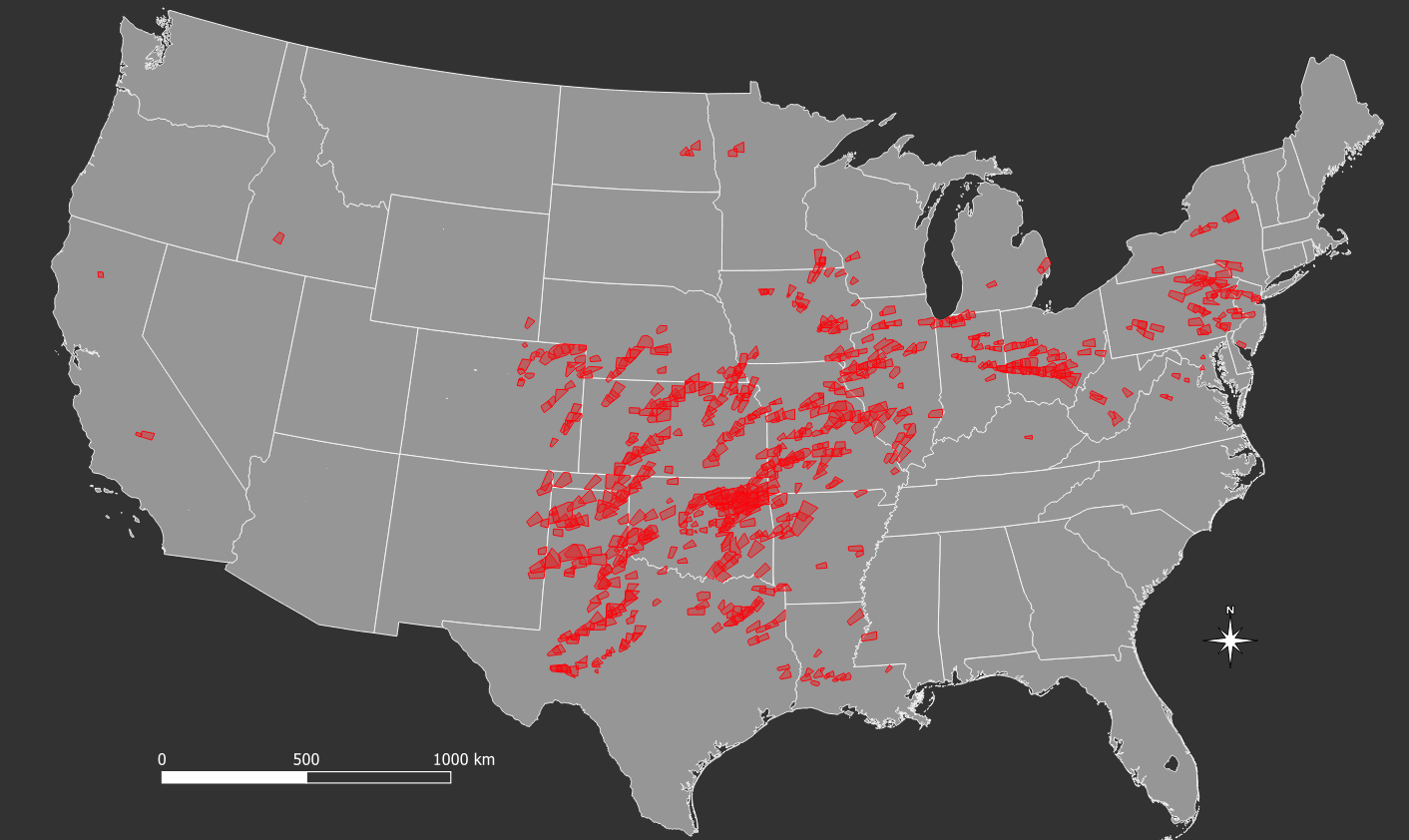 The 757 tornado warnings (red polygons) issued by NOAA’s National Weather Service from May 17 to May 30 of this year. (Credit: Northern Illinois University)

Victor Gensini, an assistant professor in the Department of Geographic and Atmospheric Sciences at Northern Illinois University is a key member of that team.

Gensini, whose research focuses on extreme weather events, was the lead author of a scientific paper that explained how the team made the forecast. He notes that with such a long-range forecast it’s impossible to say where exactly the storm-producing tornadoes will strike – but you can determine whether the conditions are right for a tornado outbreak.

“There are no weather models right now that can predict tornadoes,” said Gensini. “Our computing power is not there yet. … So we look at these broader scale patterns. It’s kind of like baking a cake. Do you have all the ingredients that would be necessary – not necessarily that you are going to make a cake every time – but do you have all the ingredients that are at least necessary to make a cake?”

Gensini and his colleagues assess whether atmospheric and weather conditions are forming that in the past have spawned tornadoes.

“People may question why, if on the TV news the five-day forecasts aren’t even accurate, how can we possibly make forecasts farther out than that?” Gensini said. “The answer is we are not looking at specifics. We’re not looking for a specific temperature for Chicago, the chance of rain, wind direction. Those are very specific weather phenomenon that we don’t have a great deal of skill in forecasting more than a week in advance. This type of forecasting is looking at more of the statistics, the longer-term averages … we look at overall patterns.”

And the patterns he and his team are looking at are global changes in the powerful, high-altitude band of wind known as the jet stream.

“The jet stream is a very narrow ribbon of wind up where commercial aircraft fly and we are really targeting that as the best predictor that we have right now to be able to determine if we are moving into a very active tornado season or not,” said Gensini. 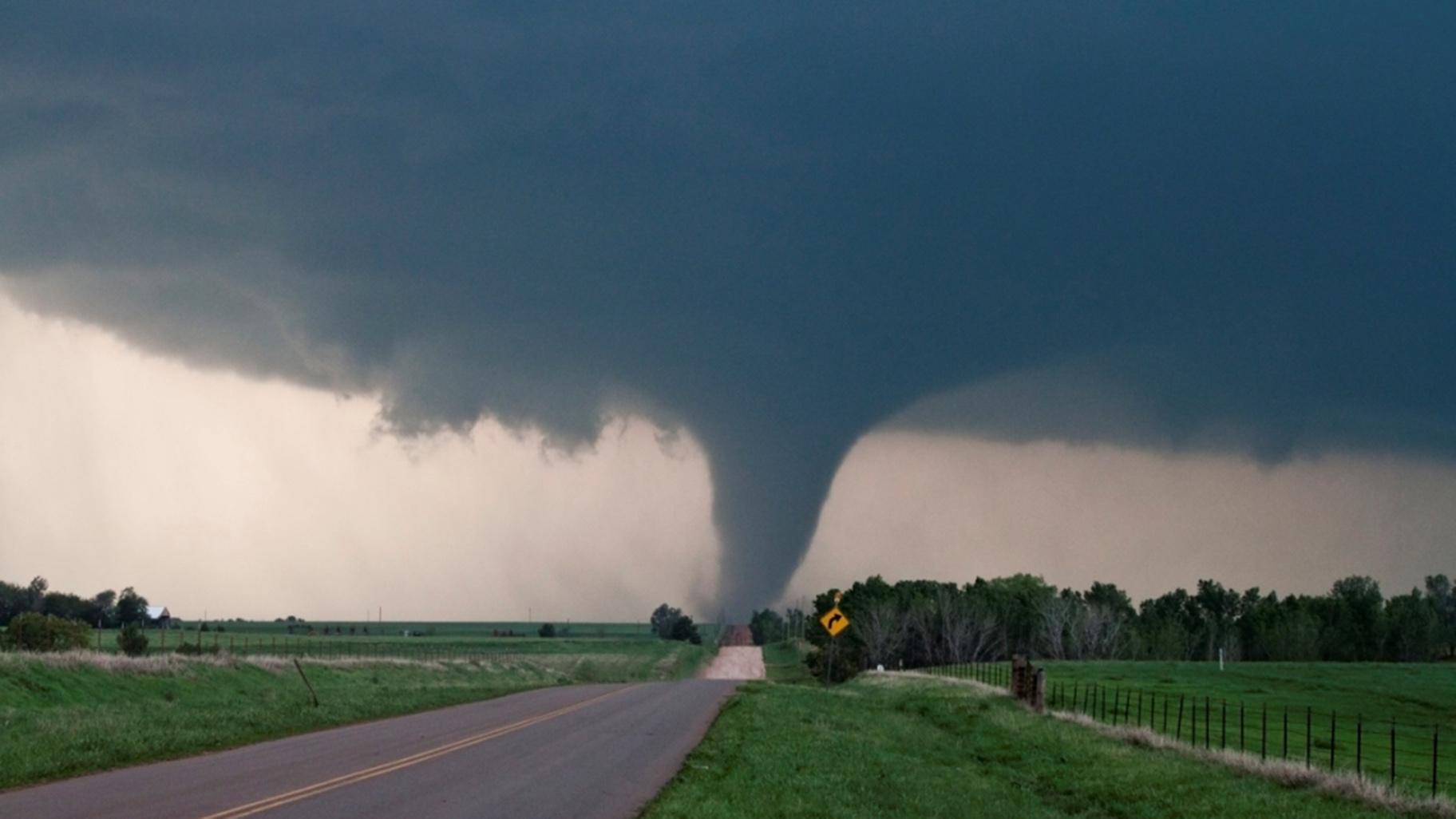 The weather patterns that ultimately produce a tornado outbreak in the U.S. are tied to events thousands of miles away in the Indian and Pacific Oceans. Thunderstorms there disturb the smooth flow of the jet stream and turn it into more of “a roller coaster with a very wavy pattern,” said Gensini.

“When we see a big upwelling of thunderstorm activity across the Indian and Pacific Oceans it’s usually about three weeks after that event that the jet stream kind of configures to come down towards North America and then be conducive for these sorts of tornado outbreaks,” he said.

The strongest tornadoes only occur during what meteorologists call super-cell thunderstorms which have an area of low pressure around which the storm rotates.

“Those rotating storms, all they have to do is sort of stretch that rotation down to the surface and then they can create tornadoes. So we are always on the lookout for those types of storms,” said Gensini.

“The one thing about this kind of forecasting is that it doesn’t always work,” said Gensini. “You can’t always forecast three-to-four weeks in advance when these patterns are going to be favorable (for tornado formation).” But he notes that certain weather patterns are more predictable than others, and when they occur, the chances of a severe tornado outbreak are much higher.

“So they don’t always exist, but if you look back through history at some of the biggest tornado outbreaks that we have had in the past they all kind of left that fingerprint at the crime scene,” said Gensini.

While forecasting a tornado outbreak weeks in advance is impressive, Gensini recognizes that it is not of much use to the average citizen who is unlikely to change their behavior based upon a forecast for tornadoes weeks ahead of time.

But such forecasts can be of use to emergency managers.

“What you may do as an emergency manager or an insurance company – you may want to do education and remind people of what to do in a severe weather situation,” said Gensini. “And then as we draw closer to the event we can start to hone in on where exactly that activity might be occurring … especially from a FEMA (Federal Emergency Management Agency) perspective or an emergency perspective, that’s enough lead time to begin to move assets if necessary if we know what area of the country is at greatest risk.”