For more than a decade, Northwestern professor Celeste Watkins-Hayes documented the lives of more than 100 women living with HIV/AIDS in Chicago and beyond.

Now, the stories of the obstacles they faced, and the ways in which their diagnoses transformed their lives, are featured in a new book.

The book opens with a statement Watkins-Hayes describes as powerful – and complicated: “If it weren’t for HIV, I’d probably be dead.”

Watkins-Hayes told “Chicago Tonight” she was initially confused by the logic of that statement, told to her by one of the women featured in the book. “How can an illness responsible for the deaths of millions around the world help to save a life?” she asked.

“And what I came to learn … is what she was explaining was that the support system that was necessary for her to move from what I call ‘dying from,’ to ‘living with,’ to ‘thriving despite’ HIV/AIDS was found within the HIV support community,” Watkins-Hayes said. “She was telling me about the significance of the social support network that constitutes our HIV/AIDS safety net and pointing to it as a lifesaving resource that helped save her life.”

Those safety nets and the HIV community were crucial to the personal and political transformations of the women profiled in the book. 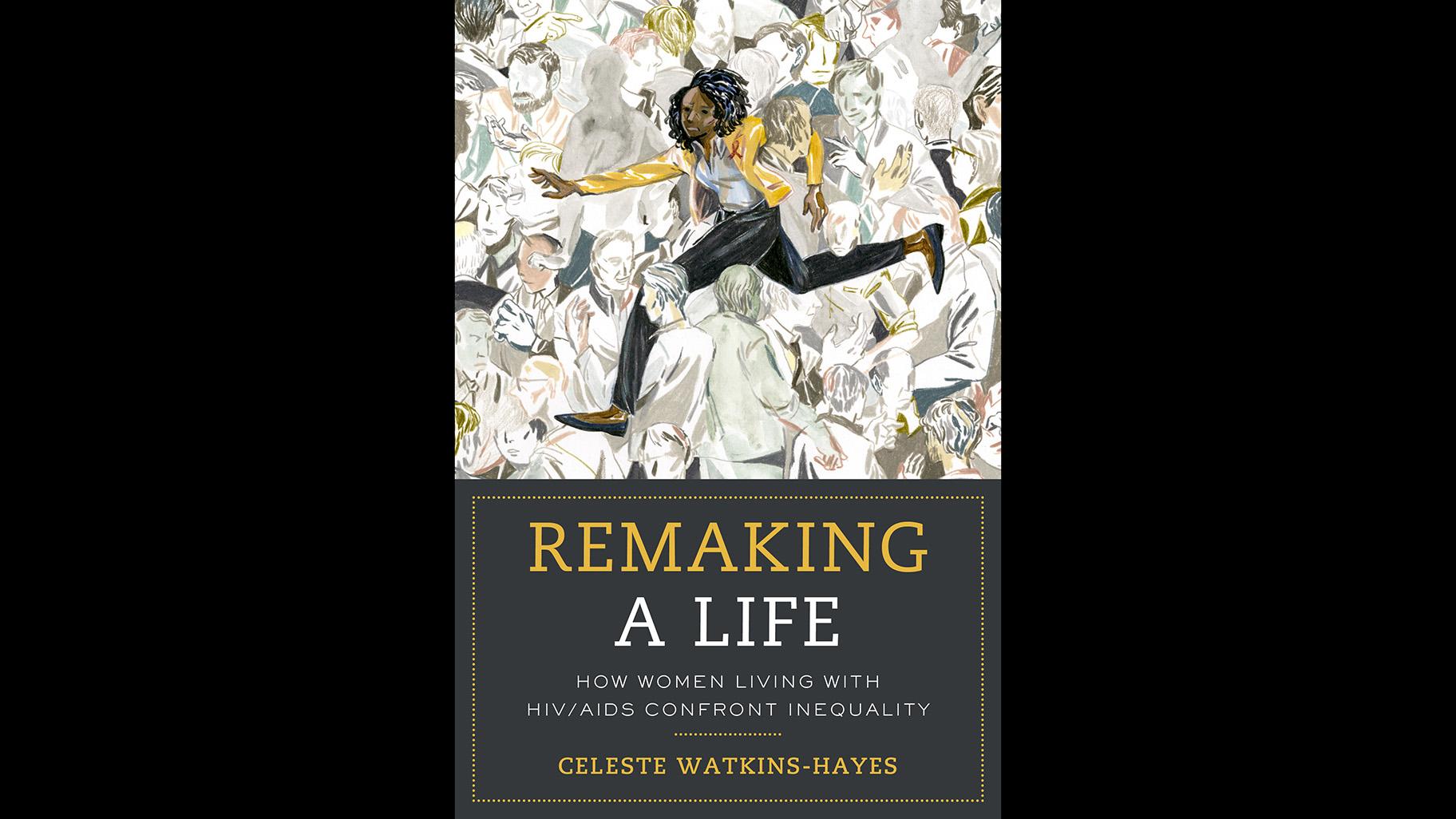 Worldwide, 36 million people live with HIV/AIDS. In the United States, 1.1 million are living with it, and there are about 40,000 new infections each year.

But in the early days of the epidemic, white gay men were the face of the disease, making it difficult for cisgender and transgender women to be addressed in the HIV/AIDS response, Watkins-Hayes said.

As more women tested positive, Watkins Hayes says “it became clear that the infrastructure that was being built and the mobilization that was being mounted didn’t necessarily include the experiences of HIV positive women.”

The focus on women living with HIV/AID didn’t happen until much later, she said. Part of their struggle was “finding their voice within that existing community, thinking about HIV in the context of motherhood and not just the potential risk of HIV transmission to their children.”

Watkins-Hayes said there was a reluctance among women to be out in front of the movement because some had children. Women were worried about the stigma of the disease and whether or not the foster care system would take their children away or if they’d be able to stay in school.

Racial disparities among HIV/AIDS diagnoses have also been persistent.

Though African Americans make up about 12% of the U.S. population, the disease still disproportionately impacts them. According to “Remaking a Life,” among all women with HIV diagnoses in 2015, 61% were African American, 19% were white and 15% were Latino. In 2015, HIV/AIDS was the fourth leading cause of death among black women aged 35 to 44.