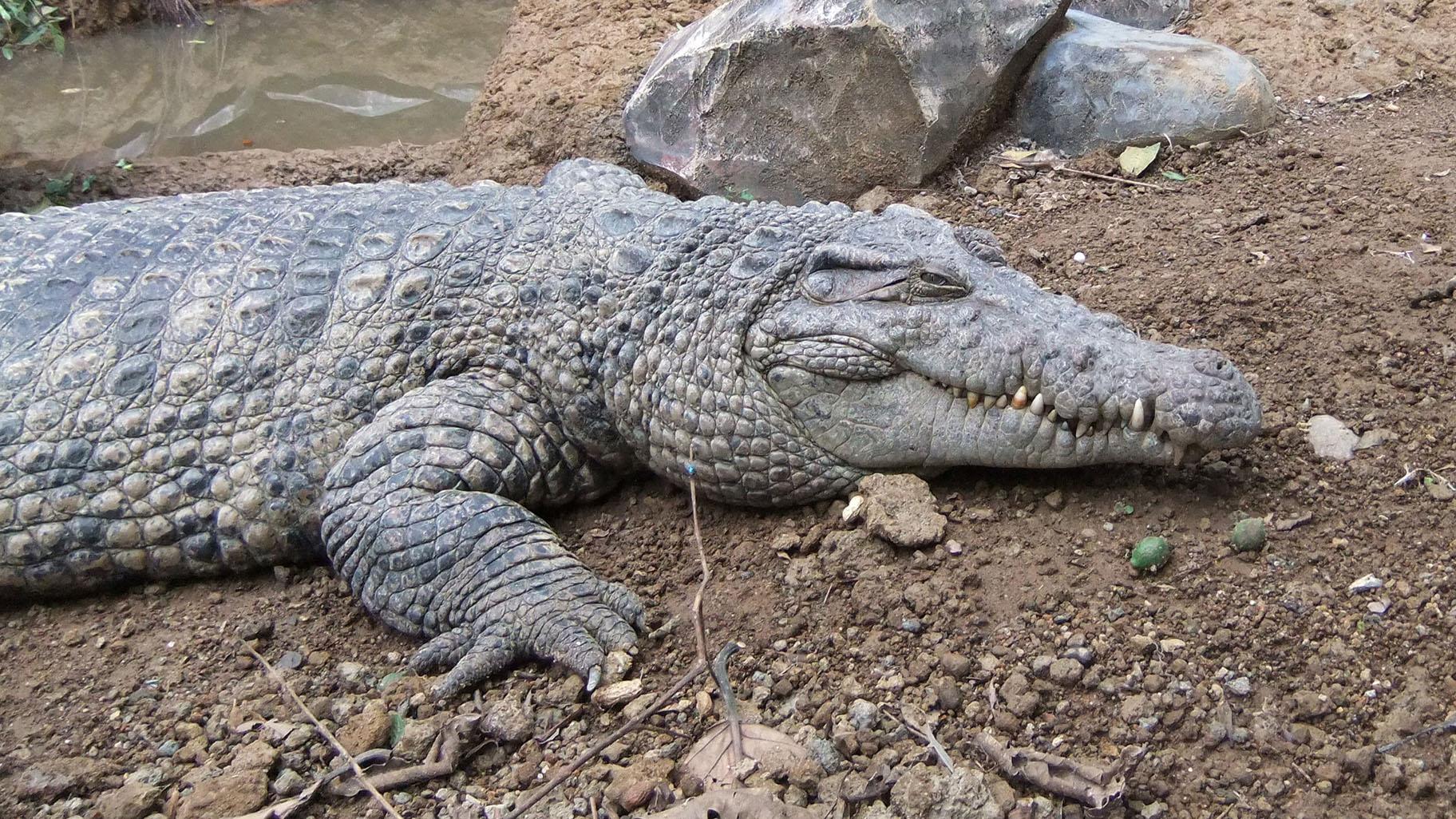 As zoo staff wrangled the sharp-toothed reptile from a pond filled with 30 or so other crocodiles, Caleb McMahan took one look at its face and knew: This animal is not what we say it is.

That eureka moment came late last year at St. Augustine Alligator Farm Zoological Park in Florida – the new home to Chicago’s own Chance the Snapper – following years of research by McMahan, a scientist at the Field Museum, and other scientists who speculated that there might exist a previously unidentified species of crocodile native to New Guinea, a tropical island bigger than Texas located north of Australia.

They knew that if true, their hypothesis would be a big deal. Although researchers frequently discover new species of smaller animals – like fish, rats and insects – scientists are generally thought to have a strong handle on most animals bigger than a human hand.

The crocodile observed by Field Museum scientist Caleb McMahan at an alligator farm in Florida. (Courtesy The Field Museum)

The crocodile in front of McMahan in Florida was nearing its full length of 10 feet, with a snout that matched the shape of dozens of crocodile skulls he and a fellow scientist had examined in recent years. Clearly visible was the shorter and wider shape of the crocodile’s snout, which McMahan had seen in some of the skulls he studied.

But this shape was different from other crocodile skulls that he had examined, despite the fact that all of the crocs had been classified as the same species for nearly a century.

“Just looking at them, this is a much narrower skull than this one,” McMahan said this week while comparing two crocodile skulls in a lab in the Field’s basement collections.

On Wednesday, McMahan and fellow scientist Chris Murray of Southeastern Louisiana University made their findings official by describing the new crocodile species in an article published in the journal Copeia. 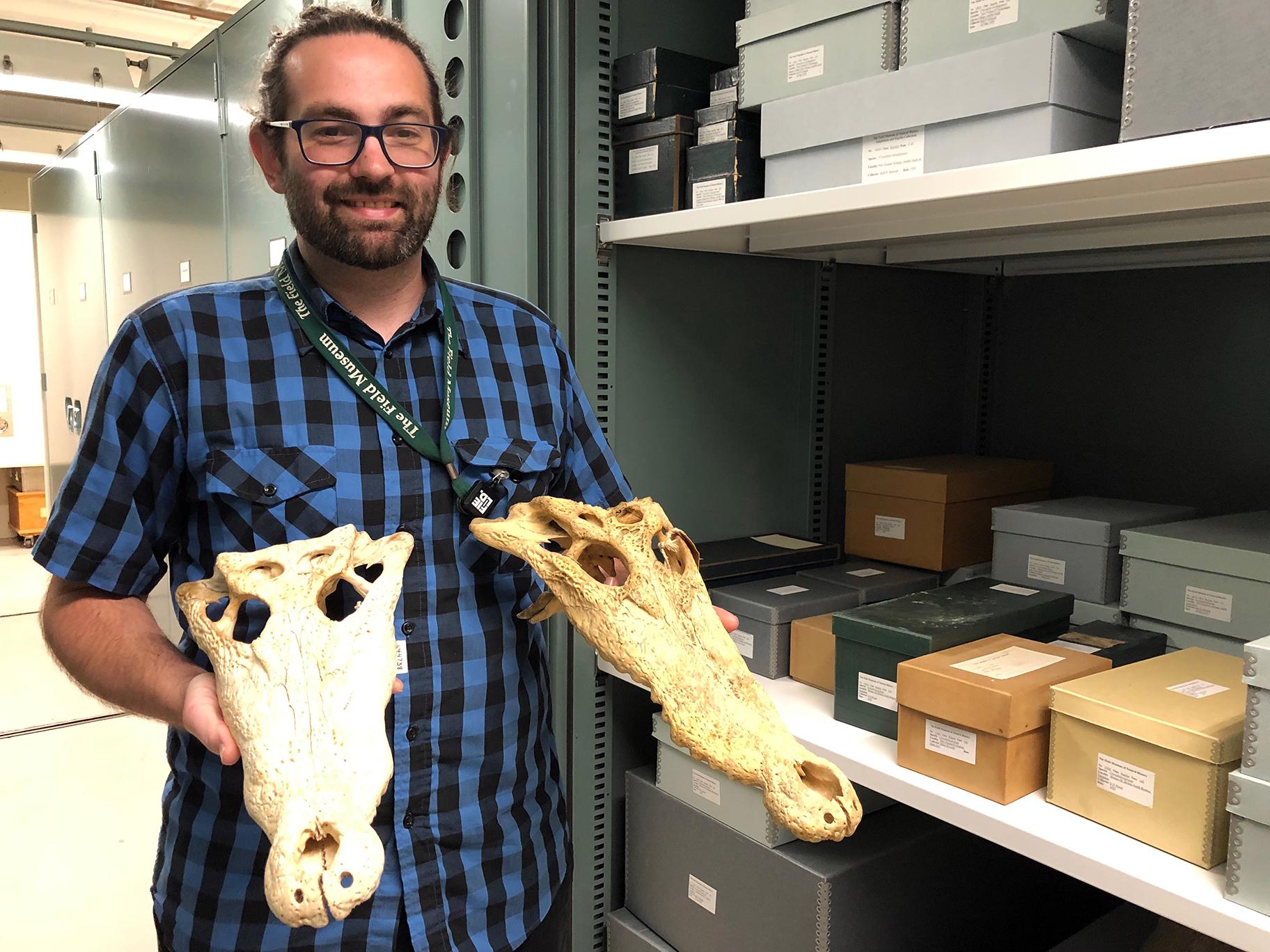 They named the species Crocodylus halli for Philip Hall, the late University of Florida researcher who had begun investigating the differences between crocodiles from separate parts of New Guinea. (Ironically, Hall’s research home goes by the nickname of Gators.)

Throughout much of the 1980s, Hall spent time on the island studying the ecological differences of crocodiles native to areas north and sound of the New Guinea Highlands, a chain of mountain ranges that stretch across the island.

“He found that the ones south of the mountain range actually nest at a different time of the year and have a smaller clutch of eggs than those on the north side of the island,” McMahan said. 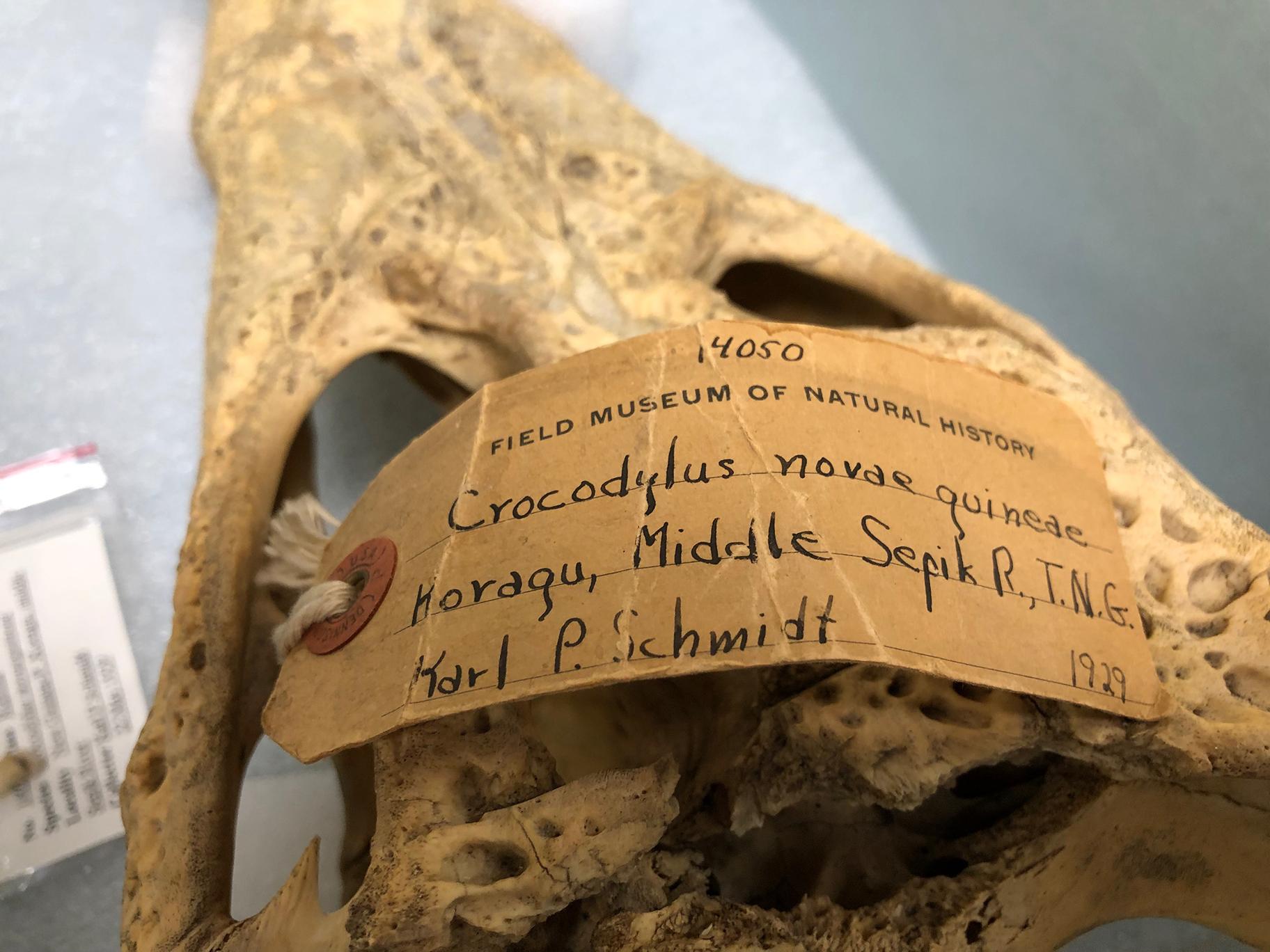 The differences in both the nesting behavior and skulls of the crocodiles – along with observing the crocodile in Florida – were enough for McMahan and Murray to classify the new species.

“Philip Hall did all of the really groundbreaking work in the field looking at crocodile nests to come up with the baseline of all this,” McMahan said, “so it was really fitting to name the new [species] after him.”

Before Hall’s work paved the way for McMahan and Murray, all crocodiles native to the island were considered Crocodylus novaeguineae, a species classified in 1928 by Field Museum scientist Karl Schmidt. Schmidt brought home many of the crocodile skulls that remain stored in boxes in the museum’s basement, some of which were used by McMahan and Murray to differentiate between the two species. The scientists examined a total of 51 crocodile skulls housed at seven different museums in the U.S. and Australia.

(Infamously, Schmidt died two years after retiring when in September 1957 he was bitten by a boomslang snake. According to the Field, Schmidt disregarded the seriousness of the bite and did not try to counteract the effects of the venom. He died the next day.)

Identifying the new crocodile species is an achievement on its own. But understanding New Guinea’s crocodiles as separate species also figures to help conservationists as they work to maintain the health of crocodiles on the island, McMahan said.

“This I think certainly means that we should do a reassessment of the two [species],” he said.