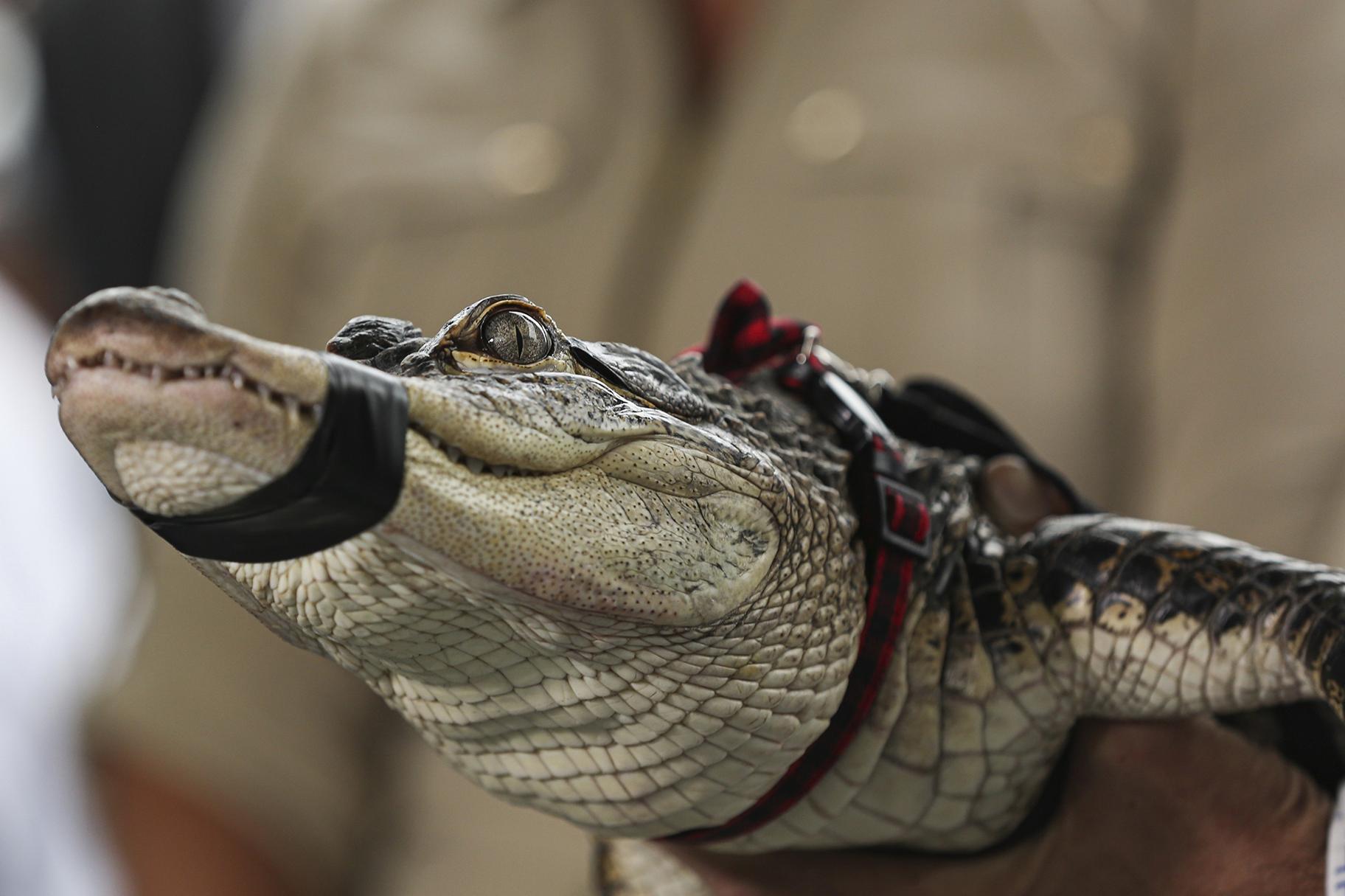 CHICAGO (AP) – The alligator had a good run as day after day the people hunting for him in a Chicago lagoon came up empty, but in the end he was no match for an expert the city shipped in from Florida.

The male gator, nicknamed “Chance the Snapper,” was first spotted in the Humboldt Park Lagoon about a week ago. After local enthusiasts tried and failed to trap the reptile, Frank Robb arrived from St. Augustine on Sunday. By early Tuesday, he had caught the 5-foot-3-inch animal using something that even cartoon alligators know to avoid: a fishing pole.

“I brought my fishing rod and it went down pretty fast,” Robb said at a news conference at the park Tuesday morning. At about 1:30 a.m. – about 36 hours into the hunt – Robb said he “saw his eye shine and caught him on the fishing rod. One cast ... and it was done.” 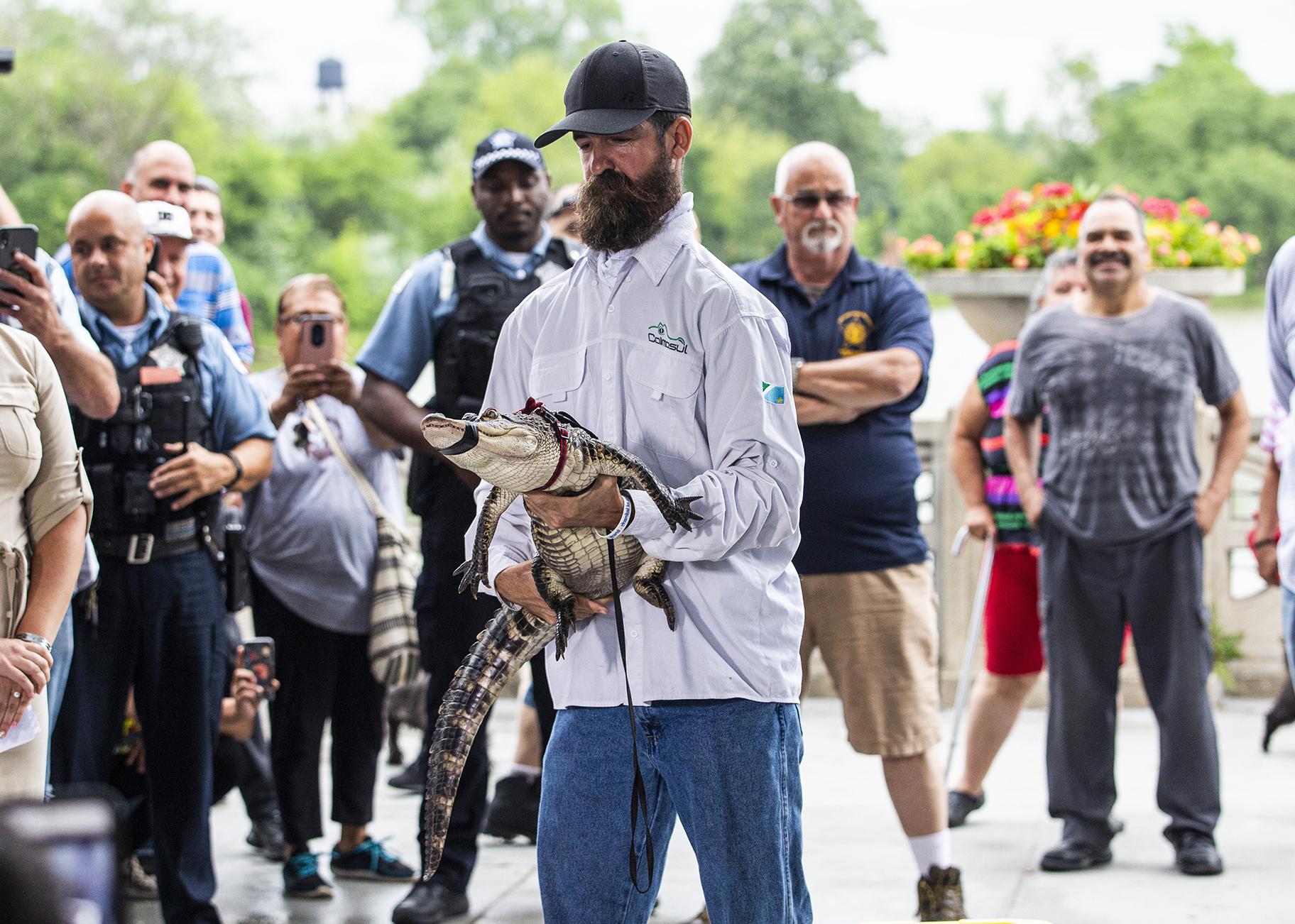 Frank Robb captured an elusive alligator in a public lagoon at Humboldt Park in the early hours of Tuesday, July 16, 2019. (Ashlee Rezin / Chicago Sun-Times via AP)

Chance – whose name sounds a lot like Chicago’s own Chance the Rapper – looked pretty calm as Robb pulled him out of a big plastic tub, and he didn’t squirm as he settled into Robb’s grip. Robb moved around a bit so all the photographers from pretty much every newspaper and television news show snapped pictures – Chance couldn’t do any snapping of his own thanks to what looked like a thick rubber band or electrical tape holding his jaw shut tight.

Chance was a daily news story from the day he was first spotted and photos started popping up online. Investigators don’t know why the animal was in the lagoon, but they knew they had to capture it.

Robb assessed the situation and knew from his 24 years of gator catching under his belt that the best way to capture a gator was to make it nice and calm. So, on his recommendation, the city closed sections of the park to reduce the noise and kerfuffle that Robb suspected was keeping the animal in hiding. 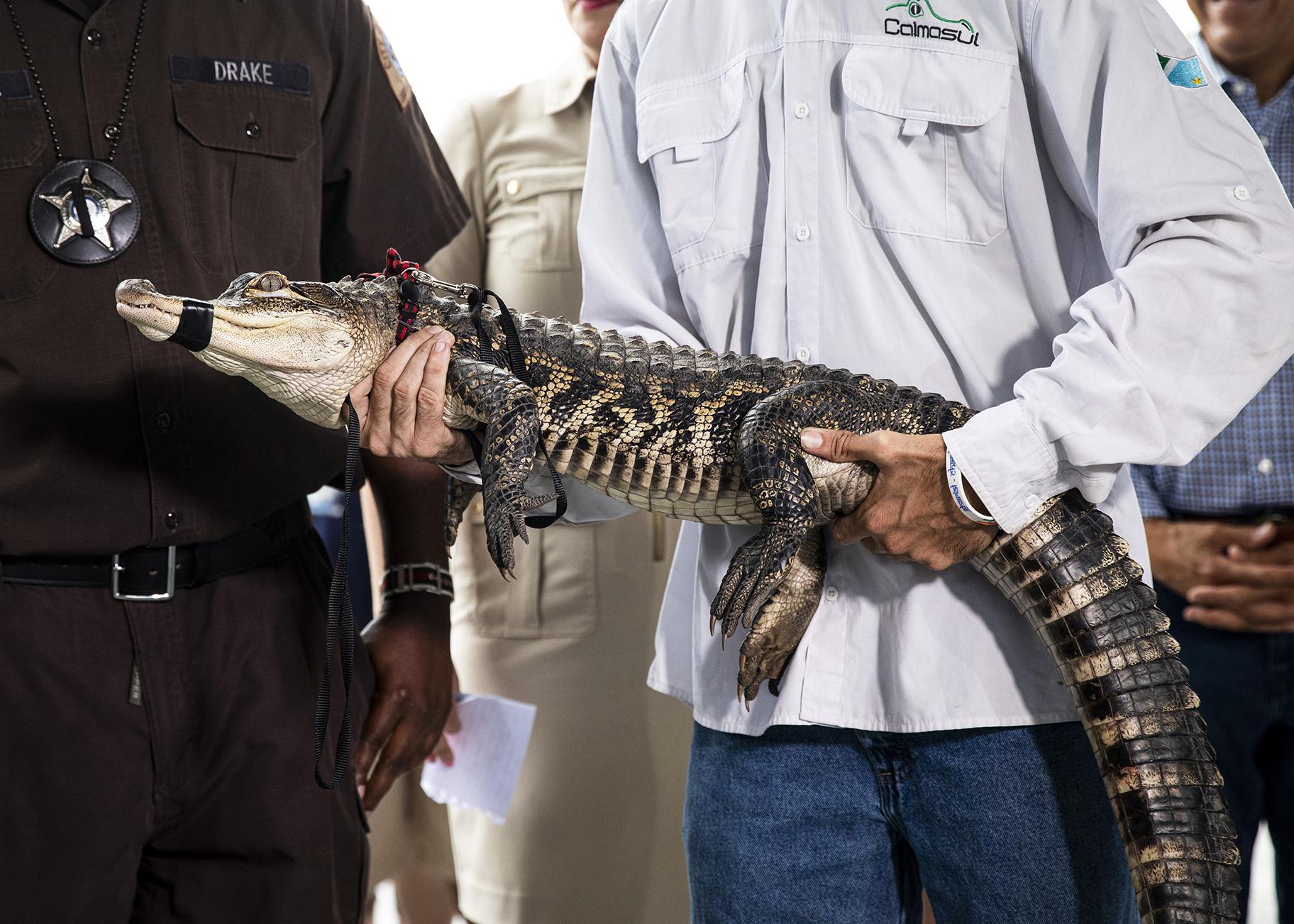 The 5-foot-3-inch alligator was first spotted in the Humboldt Park Lagoon about a week ago. (Ashlee Rezin / Chicago Sun-Times via AP)

Chance will to stay in the tub for now, but the city said it was already looking for roomier quarters, most likely a wildlife sanctuary or a zoo.

“No harm will come to this alligator,” said Kelley Gandurski, the executive director of the Chicago Animal Care and Control.