The Field Museum will be at the center of Chicago’s youth climate strike Friday as activists across the globe hold what is expected to be one of the largest environmental demonstrations in the history of the planet.

Emily Graslie, the museum’s “chief curiosity correspondent,” will deliver the keynote speech after participants walk from Grant Park to Federal Plaza in the Loop.

“I want people to look inward and ask themselves what can they do to help their neighbors, whether that’s supporting a nonprofit or environmental organization in your community or starting your own group or even just walking out of work and showing solidarity with these participants,” Graslie said ahead of Friday’s event.

“We really need to look at what the science is telling us. We owe it to the youth and the young people of our society to do better,” she said.

The youth-led climate strikes, spurred by 16-year-old Swedish climate activist Greta Thunberg, will call out governments and businesses for what organizers say has been a lack of action to combat climate change. Organizers are asking for a “fair and swift” transition away from fossil fuels and toward 100% renewable energy, according to the demands on the climate strike website. The movement is also focused on justice, given research showing that poor and marginalized communities are most likely to suffer the consequences from issues related to climate change. 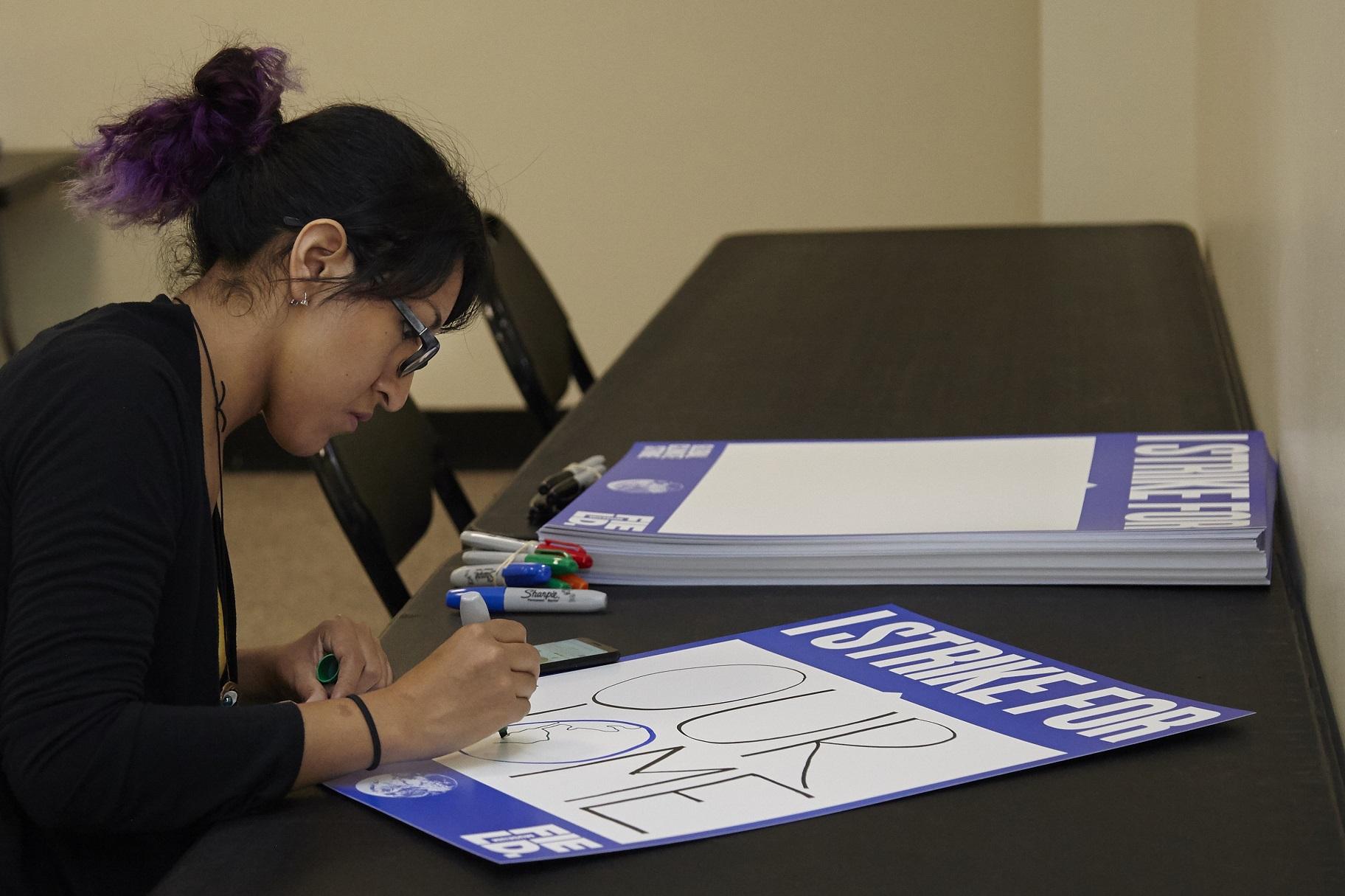 The coordinated protests include 2,500 events scheduled across 150 countries. They come just days before world leaders gather at the United Nations in New York for the Climate Action Summit on Sept. 23.

As of Wednesday afternoon, 880 people had signed up to attend the Chicago youth climate strike on Facebook. Related events are scheduled at other locations throughout the area, including Amazon’s Loop offices, the Von Steuben Metropolitan Science Center and several schools, such as Humboldt Park Montessori and Brooks Middle School in Oak Park.

Graslie said that it is natural for the Field Museum to want to participate in the event.

“The Field Museum has been documenting how our planet has been changing for over 125 years,” Graslie said. “Our science is telling us how the impacts of climate change are impacting biodiversity not just here in Chicago but all across the world. So for us it’s really just standing behind the science that we support every single day.”

More than 100 Field Museum staff and volunteers are planning to march in the event, which starts at 11 a.m. The Field is also inviting strikers to the museum following the event, with free admission for Illinois residents starting at 1 p.m. 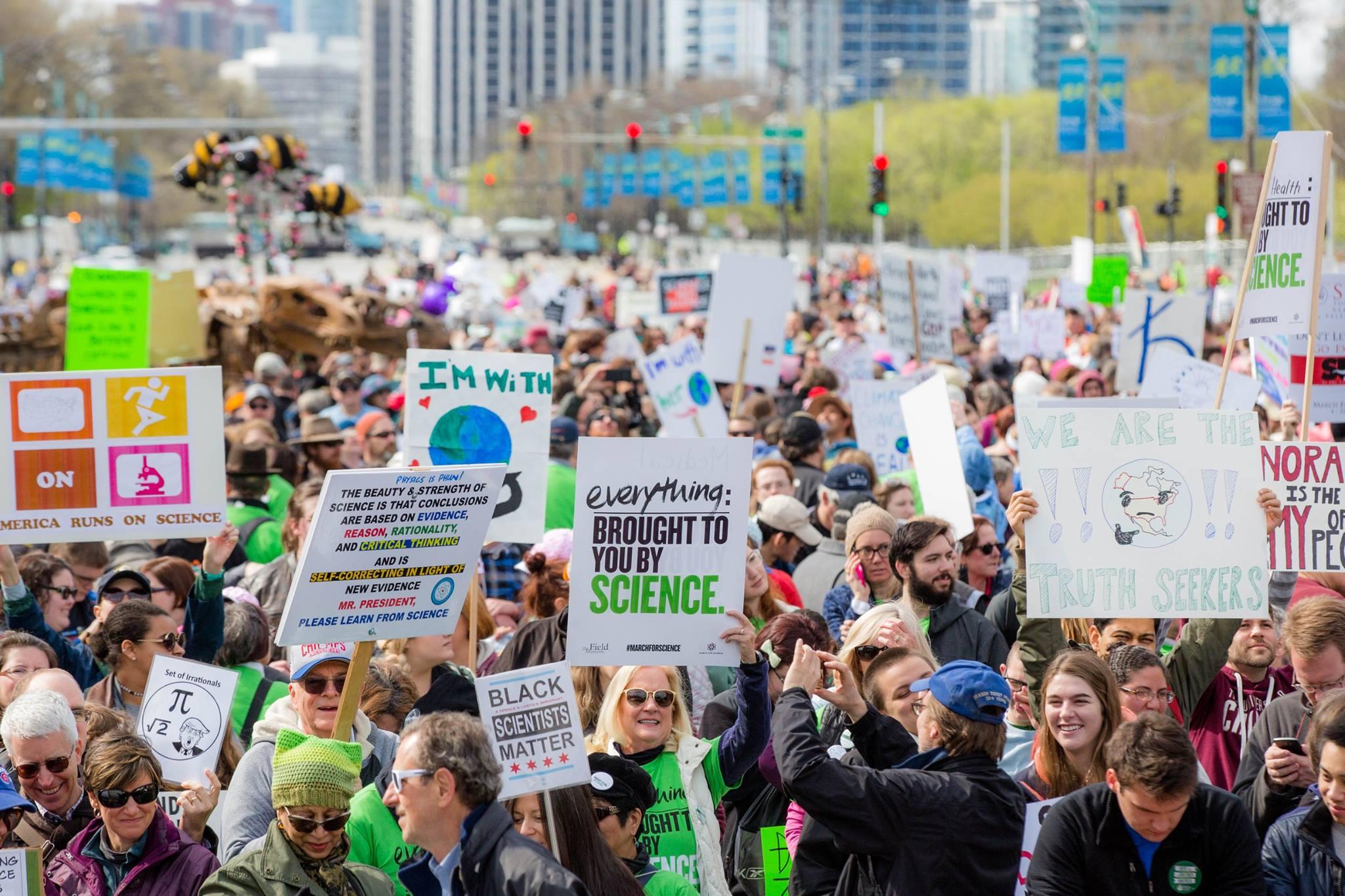 The Field has played a leading role in similar events over the past few years. About 700 museum staff, volunteers and trustees participated in Chicago’s first March for Science in 2017. Field staff helped organize last year’s event, and the museum also coordinated a campaign where participants could fill out and send postcards to staff at the U.S. Environmental Protection Agency and National Science Foundation describing why science matters to them.

“The Field Museum has been deeply engaged in encouraging our visitors and our staff to really speak up for climate-related issues,” Graslie said. “To participate really is a no-brainer for me. We’re talking about addressing the impacts of climate change and trying to come up with solutions to mitigate the current problems as well as come up with solutions for how we’re going to adapt to our changing climate. It’s going to affect everybody. This isn’t a political thing. It’s a humanitarian crisis.”

In her five-minute speech, Graslie said organizers have asked her to address two main questions: How do we know climate change is real? And, how do we know that humans are causing it?

Although that’s a lot to cover in a short speech, Graslie said she wants to convey that addressing climate change is important for everyone.

“I would like for individual people to realize that we all have a stake in this conversation,” she said. “We all have a role to play. We all have talents and resources available to us, and we all have a voice to be heard.”

March for Science Returns to Chicago as Science Fair, Rally