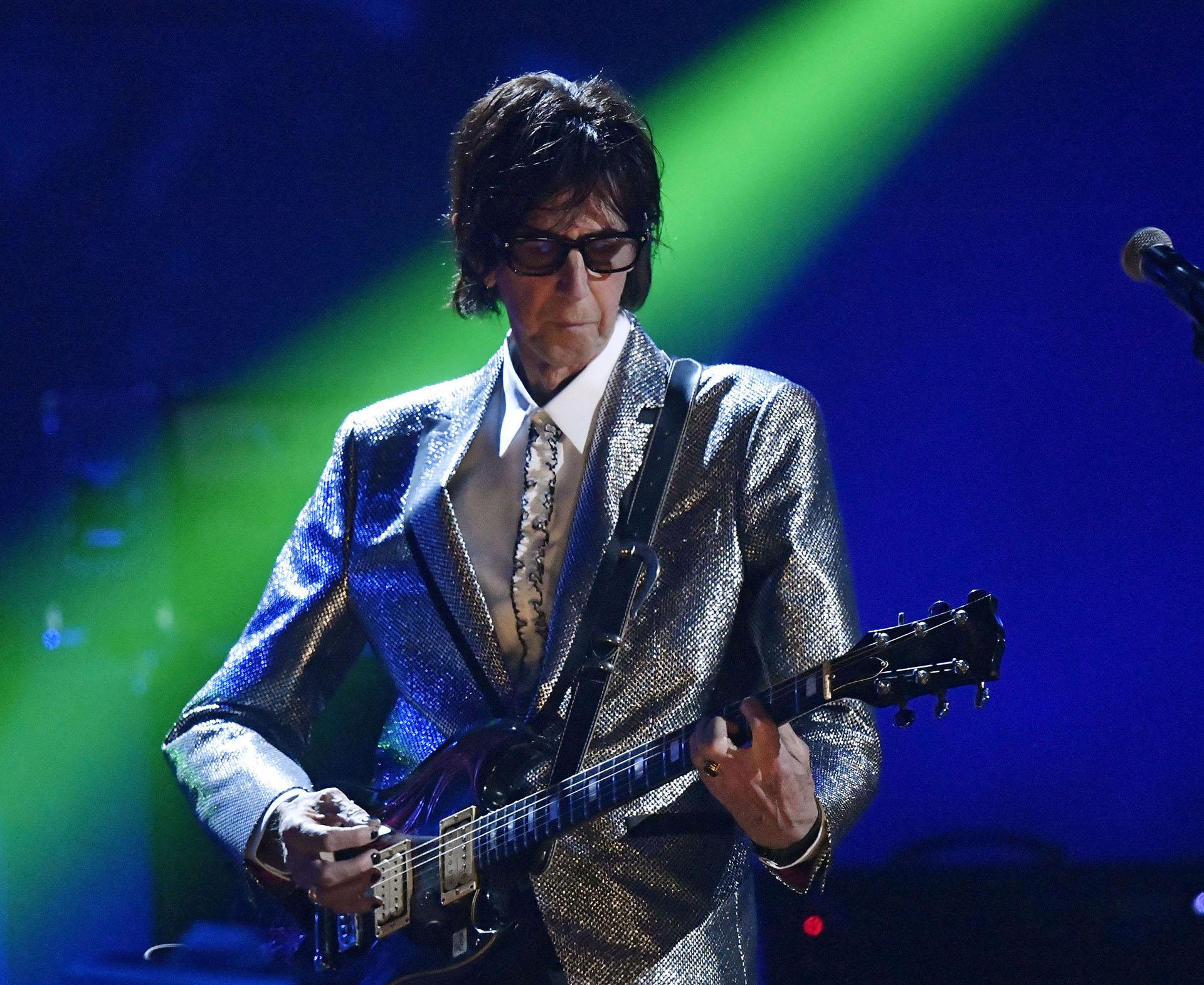 In this April 14, 2018, file photo, Ric Ocasek, from the Cars, performs during the Rock and Roll Hall of Fame Induction ceremony in Cleveland. (AP Photo / David Richard, File)

The New York Police Department said that officers found the 75-year-old Ocasek at about 4 p.m. after responding to a 911 call. They said there were no signs of foul play and that the medical examiner was to determine a cause of death.

The death comes a year after The Cars were inducted into the Rock & Roll Hall of Fame, followed by an announcement by model Paulina Porizkova on social media that she and Ocasek had separated after 28 years of marriage. The pair first met while filming the music video for “Drive,” another Cars hit.

Ocasek, who sang, played guitar and wrote most of the band’s songs, and Benjamin Orr, who played bass and also sang, were ex-hippie buddies who formed The Cars in Boston in 1976. They were a decade older than many of their modern-rock compatriots but became one of the most essential American bands of the late 1970s and 1980s with their fusion of new wave, 1960s pop and 1970s glam.

The first three songs on their 1978 self-titled first album were all hit singles and remain widely known classics and oldies radio airplay: “Good Times Roll,” “My Best Friend’s Girl” and “Just What I Needed.”

They had 10 other singles in the Billboard top 40, and of their six studio albums, four were in Billboard’s top 10.

The band’s commercial peak came with 1984’s “Heartbeat City,” which featured the hit singles “You Might Think” and “Magic,” sung by Ocasek, and the atypical ballad “Drive,” sung by Orr.

They were always an MTV favorite, and the whimsical, partly animated video for “You Might Think” along with the mournful video for “Drive” brought them near-constant airplay on the channel in the mid-1980s.

The band broke up in 1988, but their influence would be deeply felt in the 1990s and beyond. Kurt Cobain and Nirvana covered “My Best Friend’s Girl” at their last live show in 1994, and Ocasek produced albums for younger bands including Weezer, No Doubt and Bad Religion.

The Cars were inducted into the Rock & Roll Hall of Fame in 2018 after being nominated twice before. During the ceremony, Ocasek paid tribute to Orr, who died in 2000 of pancreatic cancer.

“It’s quite strange to be here without him,” Ocasek said.

In announcing the separation last year, Porizkova said that their family is “a well-built car.” But she says that “as a bicycle, my husband and I no longer pedal in unison.” Ocasek had six sons, two from each of his three marriages.

He grew up in Baltimore, and his family moved to Cleveland when he was a teenager. After graduating high school he had stints at Antioch College and Bowling Green State University in the mid-1960s before dropping out to pursue music.

Ocasek met Orr in 1965 and they formed their own first band called ID Nirvana in 1968. In the 1970s they relocated to Boston and formed bands including the folk-rock Milkwood and also played as an acoustic duo before finding their calling when they created The Cars.